So you probably noticed that nailhed.com has been quiet lately. Yep, it has. But it's because I feel less inclined to sit indoors at a computer during this time of year, and more inclined to be outdoors making sure I reap the maximum enjoyment from the dwindling days of summer. I promise there will be plenty of material for updates to keep you entertained throughout the winter, which assuredly will be miserable like the last two. 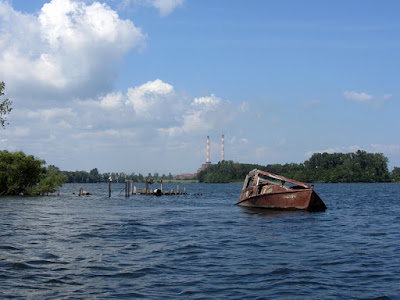 So with that said here is a light update, not too heavy on the reading or the photos, designed to remind you that life is out there and waiting to be lived, and if you spend too much of it indoors and plugged into electronics, you are living in a dream. Get out there and unplug, and enjoy being a human! 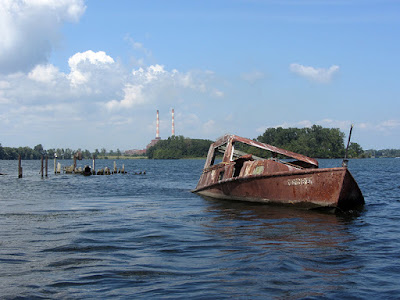 So what you're seeing here are some photos from a recent boating expedition I took in the Downriver area. Since the weather was a little too choppy for my little tin can to go out on the main body of the Detroit River to my usual chill-out spots such as Stony Island, I hugged the shore and explored down toward the cluster of islands and canals that make up the city of Gibraltar. 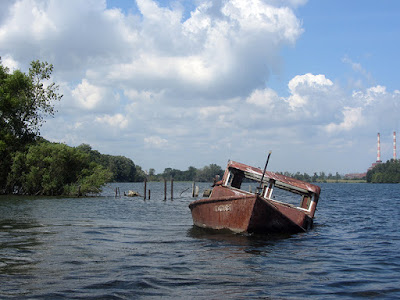 On the way there we passed through what had once been an unnavigable shallows between Humbug Marsh and Humbug Island (but which has since become navigable thanks to drastically rising water levels in the Great Lakes), and saw this shipwreck I had never seen before. 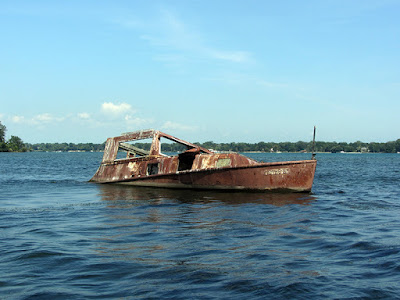 It's a steel-hulled civilian craft that apparently became grounded near the mouth of the river. I circled it for a closer look, while snapping photos and keeping an eye out for submerged hazards, lest the SS Jane get hung up on the reef too. 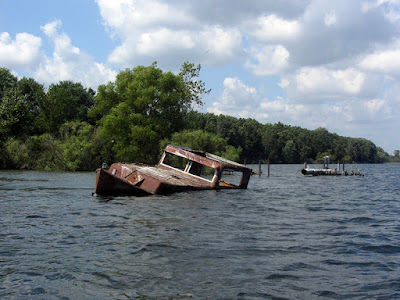 Why it is still sitting here after so long is unknown to me, but as you can see it has been here long enough to rust over pretty good. 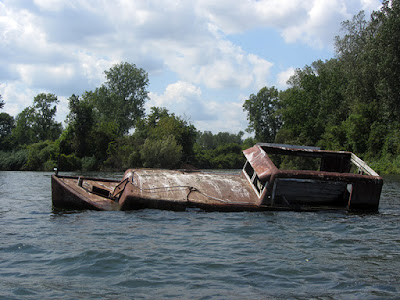 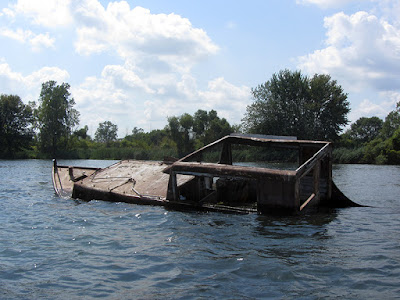 Cruising the canals through the city of Gibraltar proved a relaxing diversion on this summer's afternoon. 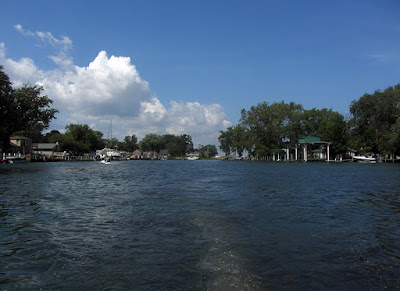 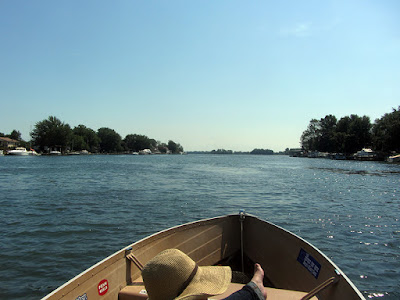