The City of Detroit announced in late 2011 that four neighborhood library branches would be closing permanently as a result of budget cuts, just two years before it was forced into "bankruptcy." Two of them were historic and architecturally significant, so I decided to go hang out there a bit and get some photos while they still had the lights on. One was the Gabriel Richard Branch Library (which I wrote about in my previous post), and the other was the John Monteith Branch Library on the east side at 14100 Kercheval: 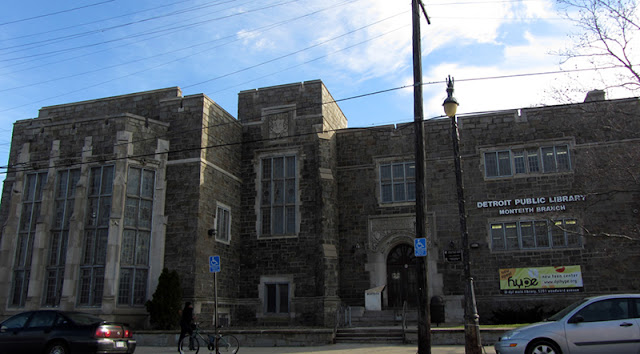 I figured it might be morbidly funny to go in there and try to pick out which patrons are actually scrappers casing the joint while pretending to read Dick & Jane.

Like the Gabriel Richard Branch, the Monteith Branch was scheduled to be abandoned in December, 2011, but much to my surprise there was a happier ending in store for this building—it reopened a month later, in January 2012. Apparently the community came together to oppose the closure, and the library reopened, albeit only on Mondays and Tuesdays. 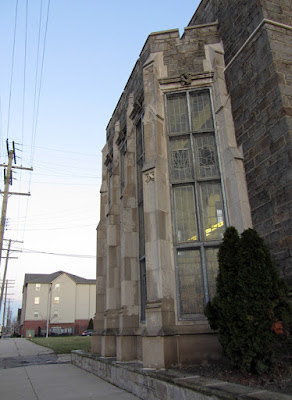 The Monteith Branch Library was dedicated in May of 1926 and was designed by the local architectural firm of Smith, Hinchman & Grylls. The building is of granite, and features many stone carvings and stained glass windows. I am not sure which exact architect, stone carver, or stained glass company executed the work on this building. There is little to be found online regarding the construction of this building, and surprisingly even local architecture guru Benjamin Gravel did not have more info. 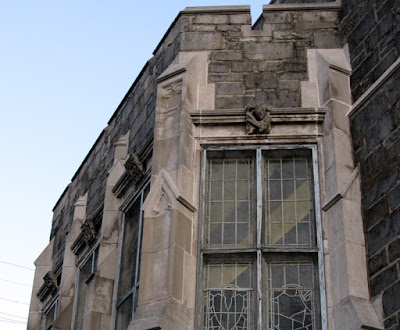 This carved stone element depicts a scholar hard at work studying a book with his glasses: 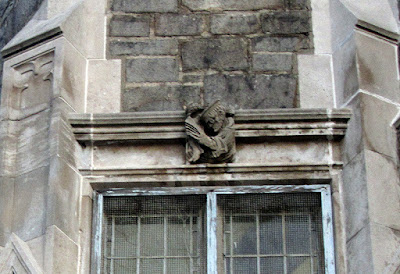 Reverend Monteith was a contemporary of Fr. Richard—his Presbyterian counterpart, in effect. Both came to Michigan as religious missionaries and educators, and both went down in Detroit history as great men of the early years.

Although Detroit was still mostly a French-Catholic town under American governance in the early 1800s, many Protestants were beginning to flood into the region, and they begged Fr. Richard to minister to them, even though he was a Catholic. Since there was no Protestant clergy available Fr. Richard agreed, but he soon grew tired of all the extra work this entailed, so he wrote to the Princeton Theological Seminary in New Jersey to see if they would send a new graduate out to minister to the Protestants in Michigan. Reverend John Monteith arrived in Detroit shortly thereafter to answer the call. 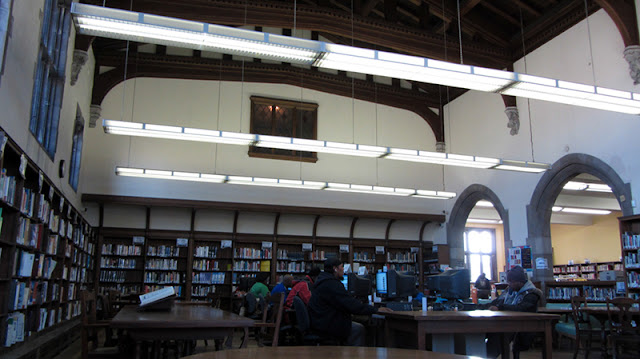 Along with Fr. Richard, Judge Woodward, and William Woodbridge, Monteith helped found the Catholepistemiad of Michigania in 1817, which became the University of Michigan. They devised an educational plan for the Michigan Territory modeled on the University of France. According to U of M's own website, John Monteith was named its first president, and their first building was constructed in Detroit on Bates Street near Congress in 1818. Monteith also supervised the building of the First Protestant Church in Detroit, in 1820. 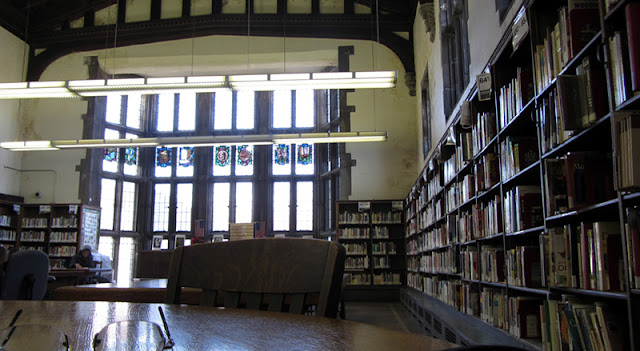 Like his Catholic counterpart Fr. Gabriel Richard Rev. John Monteith was a lover of books, and once declared at a town meeting that Detroit needed a public library, at a time when most of the existing books available in the city were printed in French. According to John Monteith, First President of the University of Michigan, by Roscoe Osmond Bonisteel, Monteith was influential in organizing the City Library Society of Detroit, which was incorporated in 1817 by the same act that began the Catholepistemiad. Monteith wrote its constitution and was elected librarian. 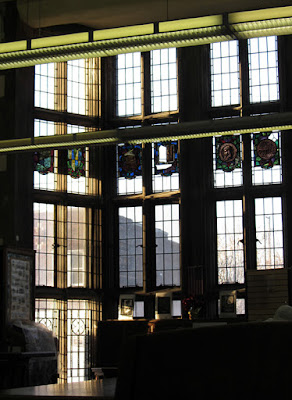 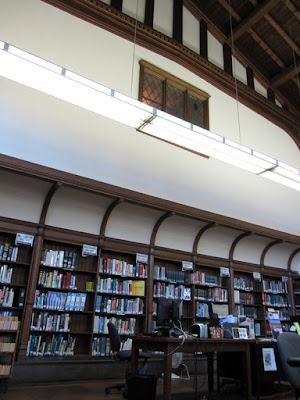 Monteith raised $450 through the sale of shares in the City Library Society and then rode across Canada on horseback to New York, where he purchased about 300 books at auction, as well as $146 worth of Bibles from the American Bible Society, forming the nucleus of the first Detroit library on May 5, 1817. What a badass nerd. 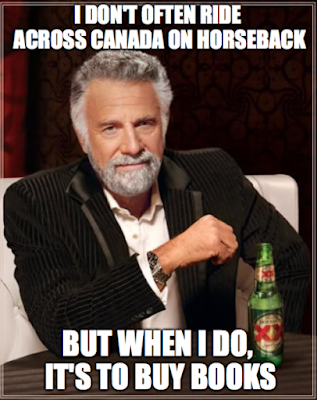 Monteith also stopped in Germantown, Pennsylvania on his way back and visited Eli Whitney's shop, where he learned of the principles of mechanized mass production, and interchangeable parts. As fate would have it the first bookstore in Detroit would also open later that summer, in July 1817, under the proprietorship of John P. Sheldon and Ebenezer Reed. 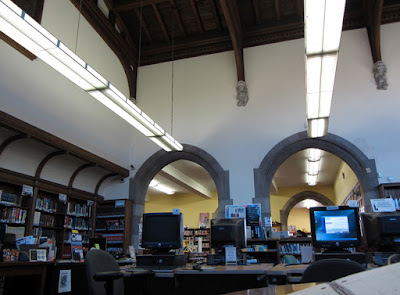 Maybe the U of M party scene was too much of a sausagefest for Monteith's liking, because he left Michigan in the early 1820s to marry an Ohio woman and to teach in Germantown, where he also became an outspoken abolitionist. Monteith did return to Michigan later—aboard the newfangled steamboat Walk-in-the-Water, no less—and subsequently became a Presbyterian minister in Blissfield, near the Ohio border in 1845. He died in 1868. 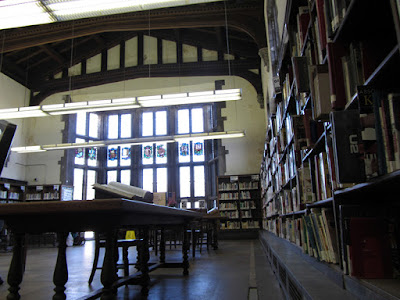 According to the Michigan Library Bulletin of May-June 1926, the John Monteith Regional Branch Library was the seventeenth branch of the Detroit Public Library to be housed in a building of its own, and had space for up to 50,000 volumes. The entire second floor was for boys and girls while the main floor was for adults.

The original light fixtures can be seen here:

In the course of my online research for this building, I came across an impassioned message board post on detroityes.com by member "ronaldj." He noted that the second floor Children's Room with its Pewabic tile adorned fireplace was recently refurbished by the Junior League of Detroit to include new furniture, and leaded glass doors commemorating their partnership with the library. The room "hosts a variety of children's programs and is available to the community as a meeting space." Unfortunately the room was off limits during my visit. 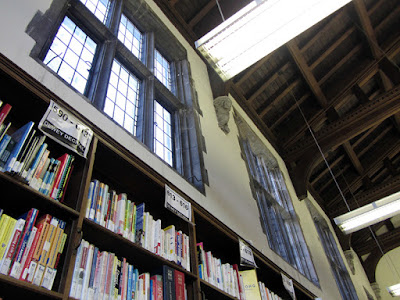 The ends of the decorative wooden trusses are supported by stone corbels: 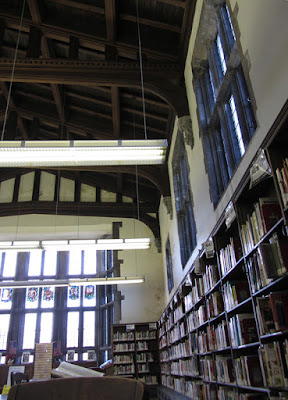 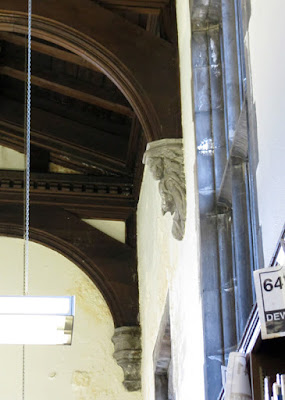 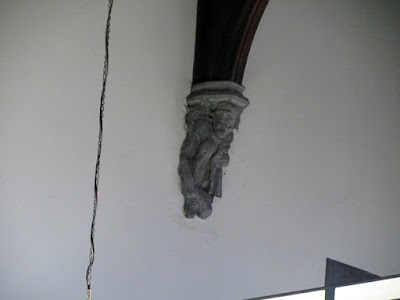 Despite the lack of people in most of these photos, there were actually plenty of patrons during both of my visits; I merely waited for people to get out of my way before I shot, so that they wouldn't think I was spying on them. 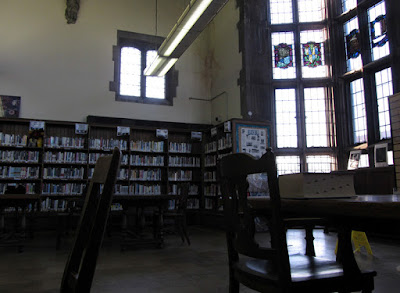 Ronaldj wrote that the Monteith was the largest of Detroit's branch libraries, and was the first to be designed according to a regional plan. The idea of the regional plan was to get ahead of the development wave of Detroit's rapidly expanding borders in the 1920s; a larger library on the outskirts could serve a larger area. Monteith's service area was about five miles in diameter, extending from the riverfront to Mack Avenue and from Connor to Alter Road, including much of what had been the Village of Fairview, prior to Detroit's annexation of the area. 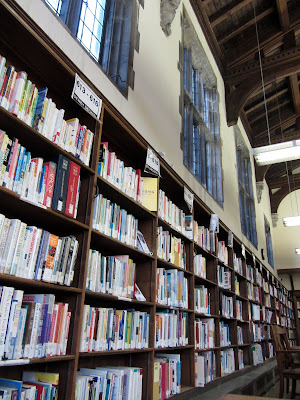 Ronaldj also wrote a letter to the library commissioners opposing the closure of the branch on behalf of the Village of Fairview Historical Society, "a registered 501c3 organization dedicated to preserving our physical heritage and history of our eastside." He said,

The Village of Fairview existed from 1903 to 1907. It encompassed the area of Bewick to Cadieux, the Detroit River to Mack. In 1907, the city of Detroit annexed 1/2 of Fairview under suspicious circumstances. Specifically, Bewick to Alter with the remainder becoming the Village of Grosse Pointe Park, later to become a city. Residents hostile to this annexation continued to list in church and other registers that they lived in Fairview as late as 1936. Consequently we hold Monteith Library, built 1926, as part of our Fairview saga. 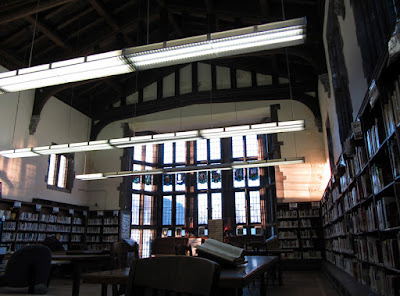 Monteith Library was the hub of the neighborhood for the depression years providing education, elegance, peace, and tranquility during that terrible time. Today mirrors the tragedy of those times. Monteith is a beacon of light and an important pulse in this community. Many who find haven there never take out a book or video. To take a body count while considering its fate would be a great injustice. It is structurally, educationally, and emotionally very significant to our community. 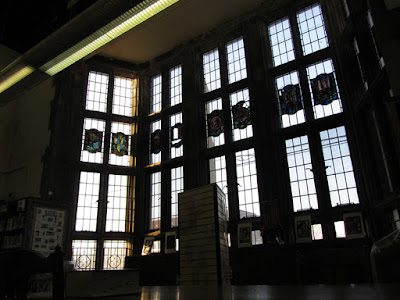 The stained glass medallions in the large bay window trace the history of the book, and the printing press. 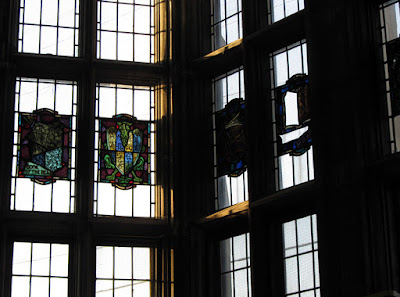 Here is Gutenberg and his printing press: 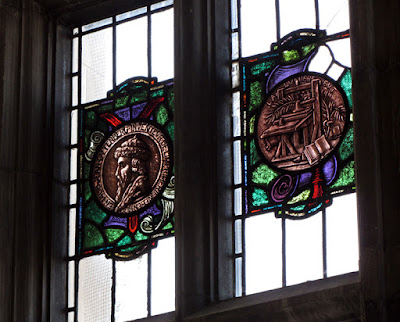 Notice the medallion on the left depicts the Egyptian Book of the Dead: 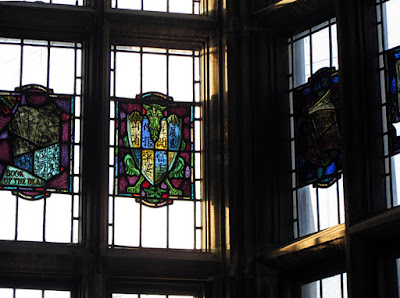 And no, it's not quite the same thing as the Necronomicon seen in the Evil Dead movies produced by famous Detroit-area filmmaker Sam Raimi... 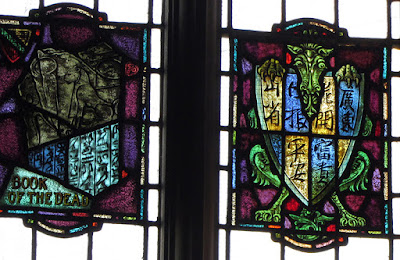 I think this next one may commemorate the first book printed in Michigan, on Fr. Richard's printing press in 1809: 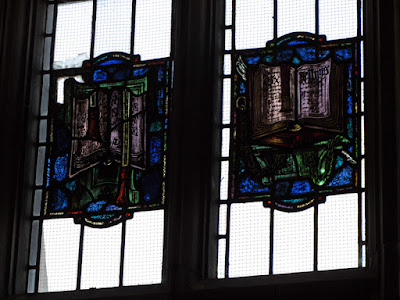 One has a few broken panes... 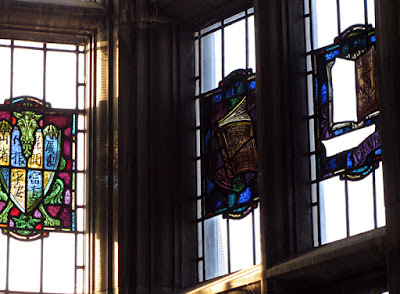 Like Fr. Richard's personal library the book collection of Rev. Monteith still exists, and is housed in the Michigan Historical Collections at the University of Michigan. I hope that our society will not lose sight of the crucial role that books, public libraries, and physical architecture play in the upholding and advancement of civilization—even in the digital era. Rather than be listed in the Book of the Dead, this one got a second chance. 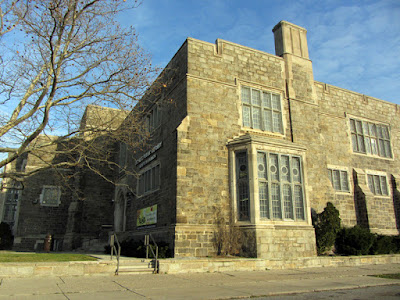