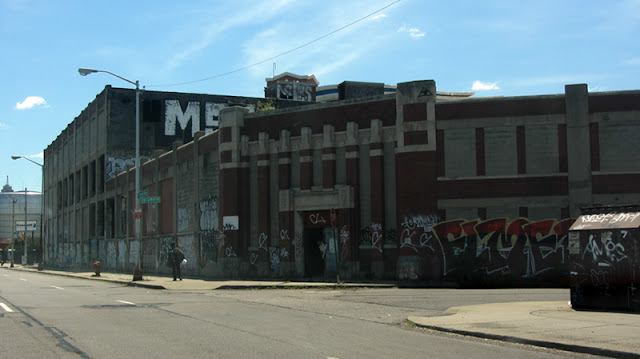 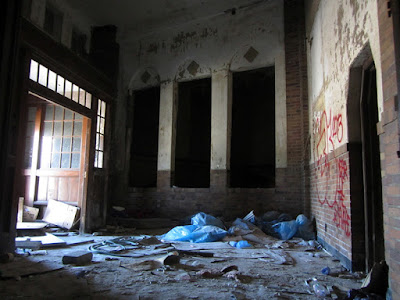 With the Sanborn map and some quick Googling, I was able to learn the addresses of the building, 3301-3383 Grand River (507 Grand River, pre-1921), which in turn facilitated deeper Googling. Usually this is how I begin the course of researching any unknown building—find out either the company name or its true address, and the Sanborn map is usually the best source for both if they aren't visible on the building itself. Google Books is the next stop, followed by the Detroit Free Press archives at Newspapers.com and Proquest. There are a million other more specific avenues that can be pursued as alternatives or to delve deeper, but that is my basic formula for starting research on buildings in Detroit. I have a few parlor tricks too, such as teasing info out of the "Search Inside This Book" feature on Amazon.com, and of course there are the brick-and-mortar archives when sh*t gets serious.
The address shown in this c.1936 photo below is 3333 Grand River...at that time it was the main office of the Detroit Creamery Company:
I entered the brutalized ruins of the Arctic Ice Cream plant from the rear, off Trumbull Avenue, which was looking much more disheveled than its frontage along Grand River: 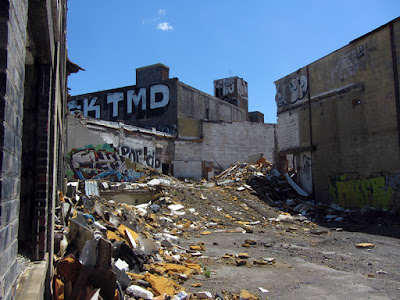 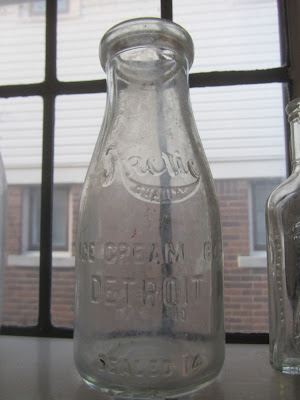 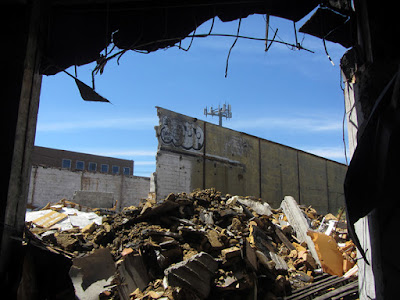 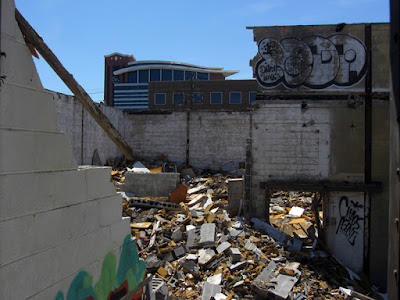 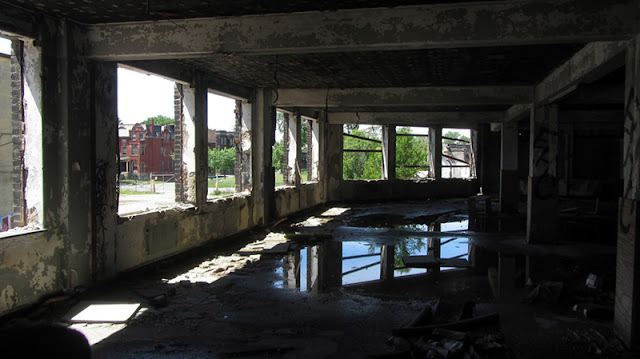 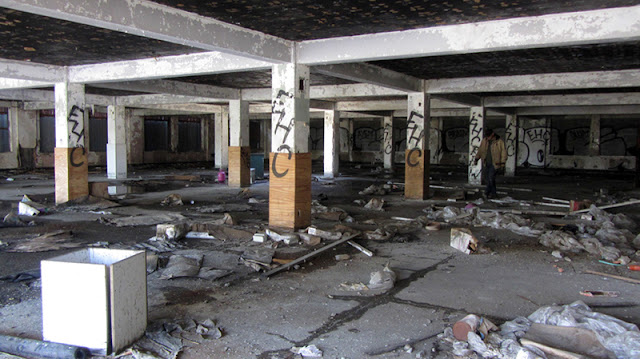 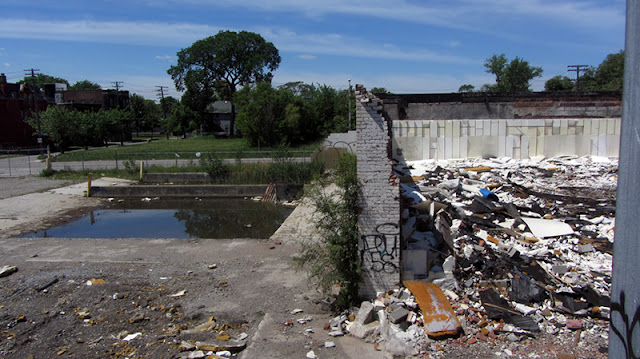 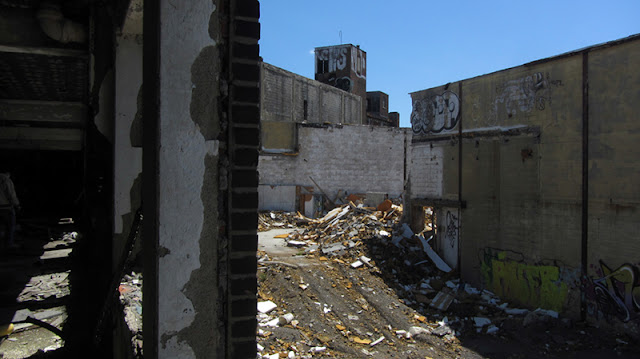 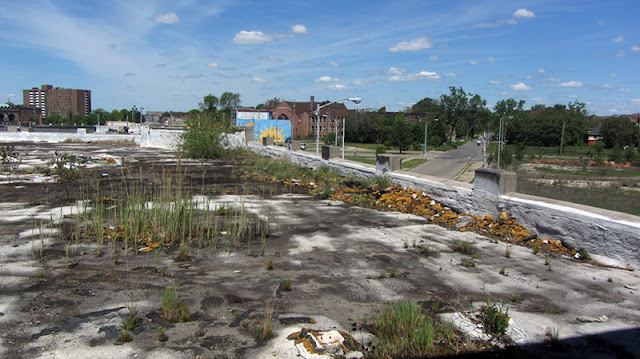 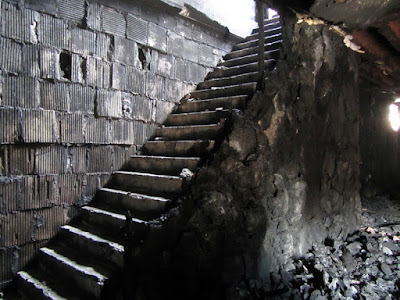 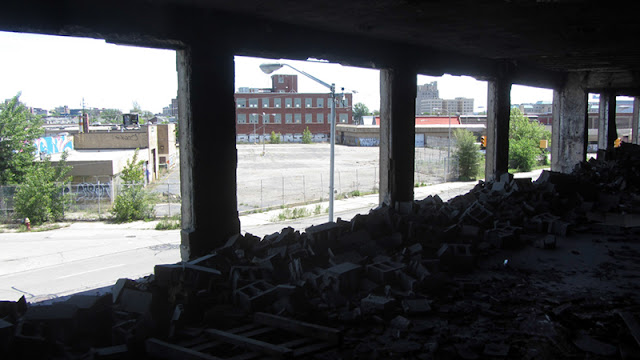 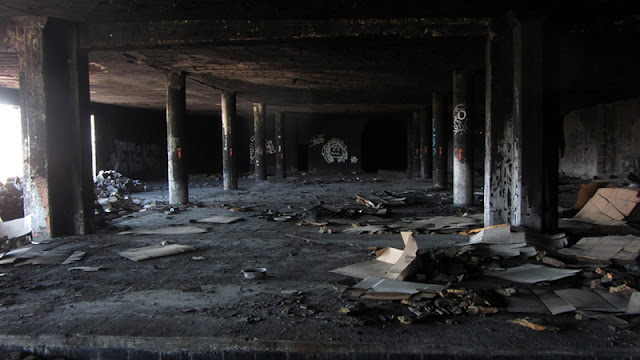 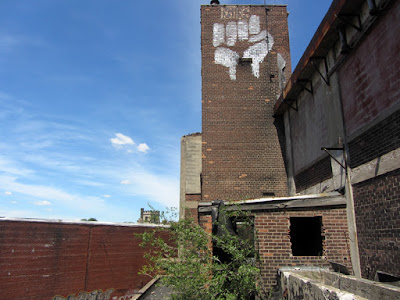 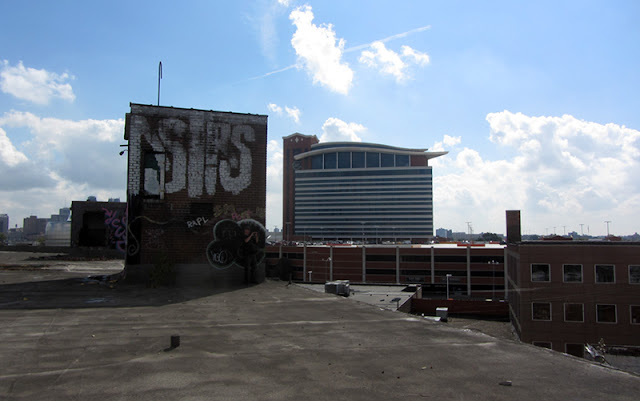 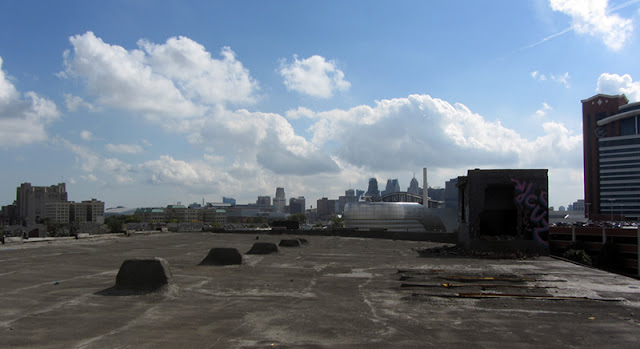 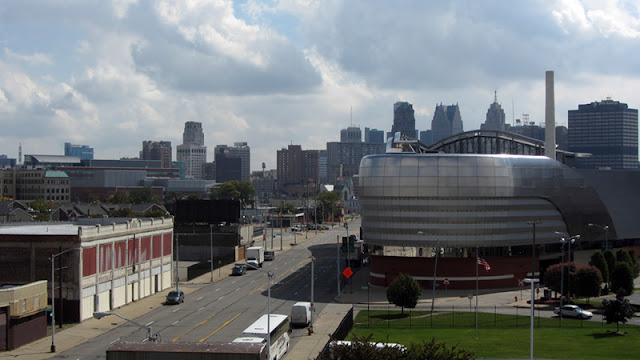 Speaking of the view, the Ilitch-controlled Motor City Casino looms large a few blocks away. Keep in mind it was originally the old Wagner Baking Co. factory, and was readily converted from being a huge, aging brick beast into...a UFO or whatever the hell it is now. 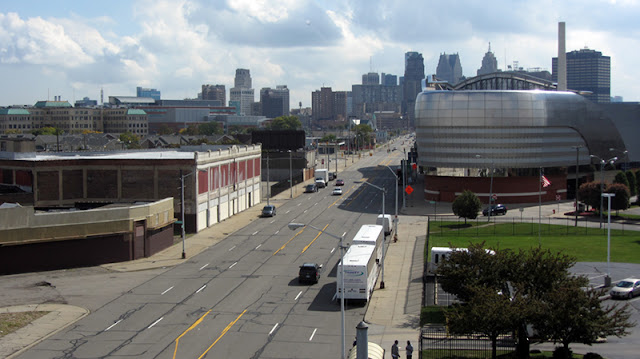 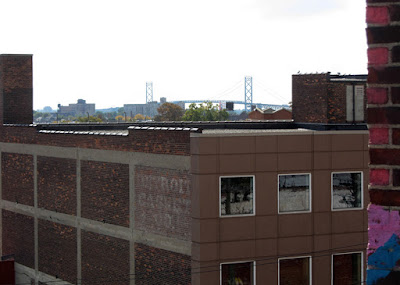 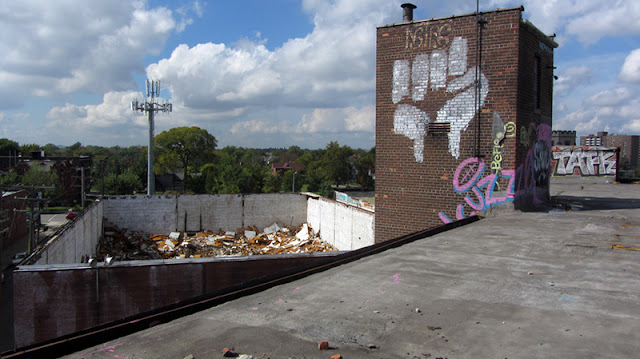 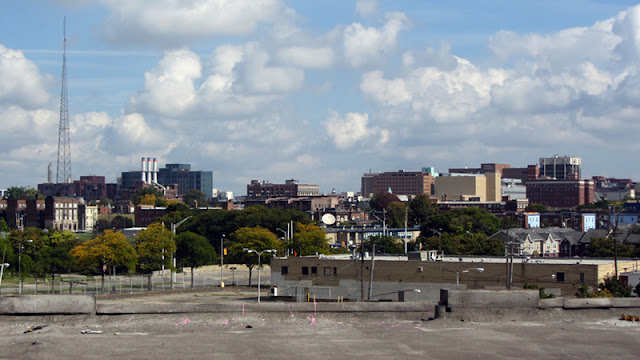 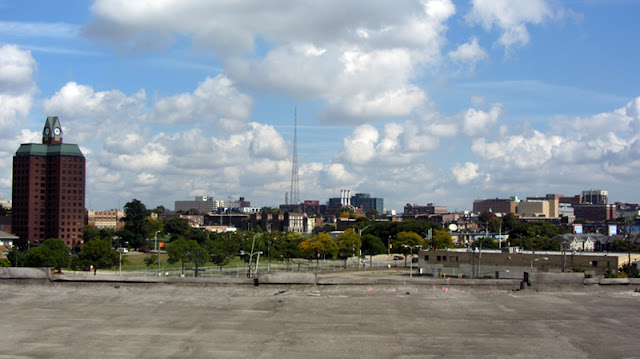 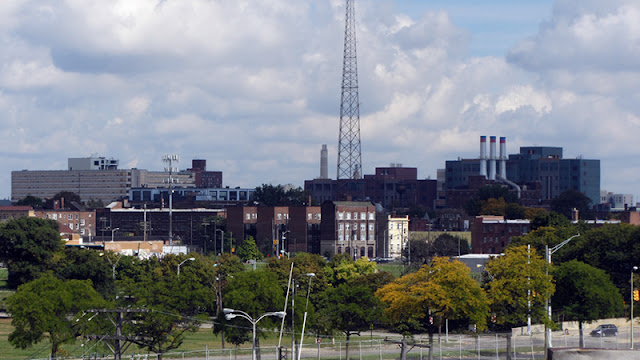 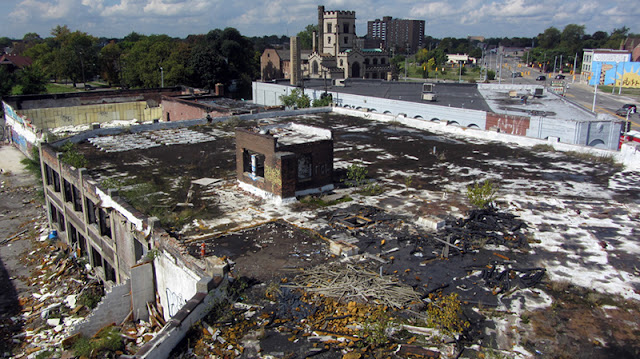 I explored Trinity Episcopal Church in another post.
Of course they started demolishing the architecturally appealing part first...that way in case the local preservationists try to get a court injunction to stop the demolition and save the building, there will be nothing left to save: 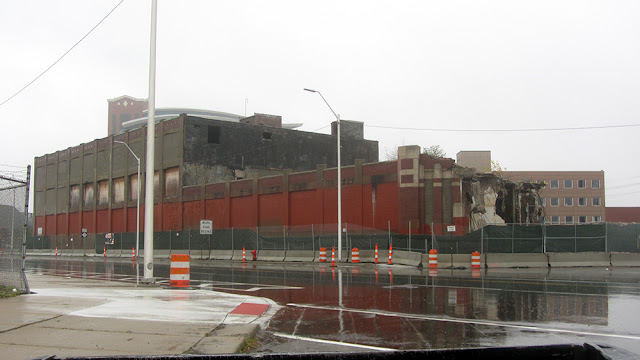