The Crow Flew So Fast...

I have to admit that I have not always given every abandoned place I've explored the same time and attention...the Midland School in Highland Park was one of the ones that I really only visited because I couldn't think of anything better to do at that particular moment. Its Mid-Century Modern architectural style didn't help things either, since I generally find modern buildings boring to explore. And, I must also admit that I am really only publishing this because I have the photos sitting around, so I might as well throw up a quick post to keep things moving. And please excuse my lazy windshield photo: 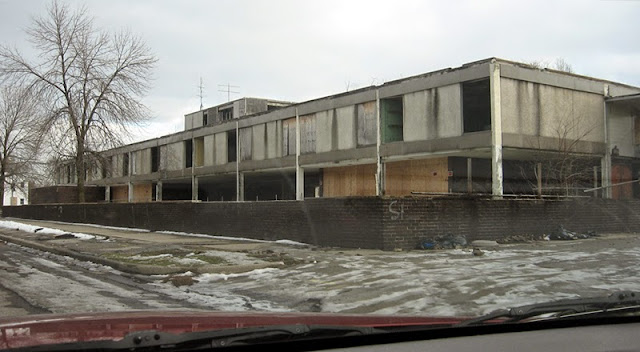 Since some of you might actually be fans of modern architecture I will do my best on this post, but sadly I'm not finding much out there in terms of historical information about this school. For what it's worth, it looks a lot to me like the Joy Middle School on Detroit's southeast side, and might share a common architect. The fact that the building had floor-to-ceiling windows enclosing the stairwells really made for a weird naked feeling after the panes were broken and the metal frames removed for scrap: 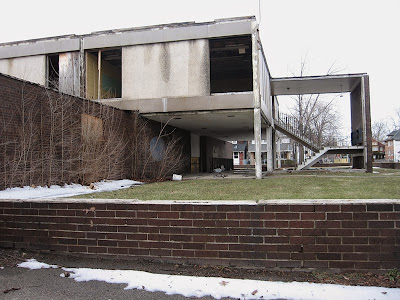 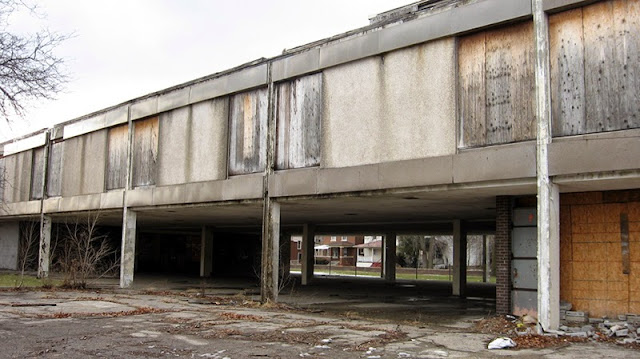 One year after the school opened an article entitled "A Yank Speaks His Piece" ran in the Detroit Free Press, about a 4th grader from war-torn Korea named Timmy, who was finally taking the oath of citizenship here at Midland School:

Timmy had only been in America for four years, and could only say "hello" and "bubblegum" when he first arrived in the states. Instead of the article being about how Timmy was an isolated foreigner in a polarized country it seemed to report that he and his classmates got along great, despite their racial differences. In case you weren't aware, successfully completing U.S. citizenship for an immigrant is no easy quest—something that us natives take for granted. 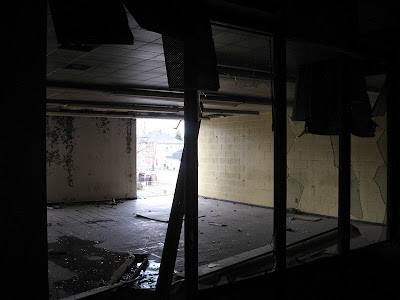 The interior was pretty empty, boring, and dark, so my companion and I kept it moving as we did our cursory sweep. 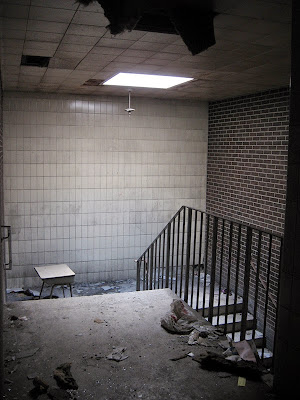 That's the thing about modern architecture; it seems to me geared toward an overall concept or effect, rather than providing human-scale points of interest. Sadly this effect is often lost once the building is dilapidated, or after it has been heavily remodeled (or remuddled, as my colleague Ben Gravel likes to say). And this place was pretty effed-up too.

That's another thing about modern architecture—buildings are now built for a world of constant electricity and climate control, rather than for longevity. They were designed to be kept heated and regularly maintained. Once places like this are left to nature, they rot pretty quick. Especially once the roof drains get plugged up. 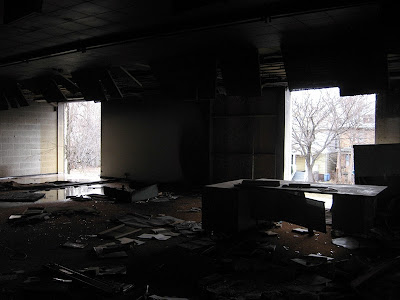 "Young Authors Tell Secrets," was the title of a 1983 news article, which quoted a submission to the Young Authors program by a 10-year-old from this school...

I have to confess that I have a special attachment to the Young Authors program, since when I was in gradeschool my work was selected to be part of it for several years running in the 1980s. At the time I didn't really consider being an author as my career destiny; I think in 4th grade I still wanted to be a truck driver or train engineer. Well, at least one of my dreams sorta came true... 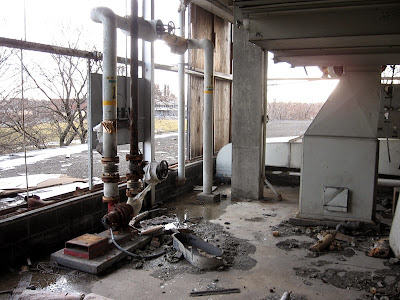 Anyway, despite my lack of a glamorously successful publishing career, the Young Authors program was probably what awakened in me the love for writing, and made me realize I actually had a talent for it. Suddenly I felt important, and respected, despite my age handicap and diminutive size. These are very formative years for kids, and if they don't have opportunities for inspiration they will probably grow up to be uninspiring adults, trapped in grueling, menial jobs in the same neighborhood they grew up in.

Ironically I must admit I have one of those grueling jobs and pretty much remain in the same place I grew up, but at least I have a window on the world through which I can grasp something greater than myself, and I have an outlet for my creative energies that helps me understand and cope with the often discouraging world around me as an adult. This is why it is a complete folly that the first school programs cut when budgets tighten are always the arts programs. 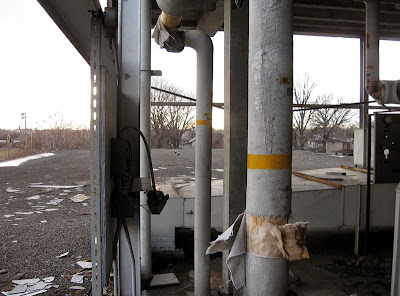 A Detroit Free Press article from March of 1987 says that this school was slated to close that year along with the Donald Thomson School on Brush Street. Midland School's principal at that time was William Colden, and only 405 students were enrolled here.

Seems to me this building was being used much more recently than 1987, but it was torn down in 2012. Altogether it stood for a mere 51 years. Viva Detroit. 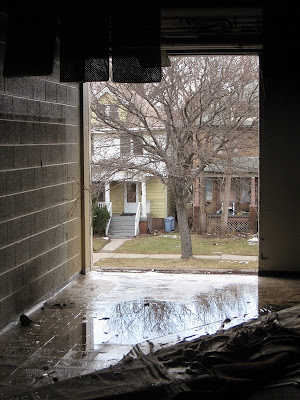 Other schools in Highland Park that I have explored and written about on this website are:
Willard Elementary School
Highland Park High School
George W. Ferris School