I've written briefly about this place before, in my post "Modest Ruins of Western Wayne County," but I was recently contacted about a research question by Greg Hoffman, potential partner on the redevelopment project with Wayne County for reuse of the old Wilcox Mill on Wilcox Road in Hines Park, near the town of Plymouth. Hines Park is one of the world's great public park systems, stretching for 20 miles across the western Detroit suburbs, following the Rouge River. As I stated in my previous post, Hines was arguably the cradle of my youthful sense of adventure that eventually led me to a life of exploration, and therefore it occupies a sacred place in my heart. 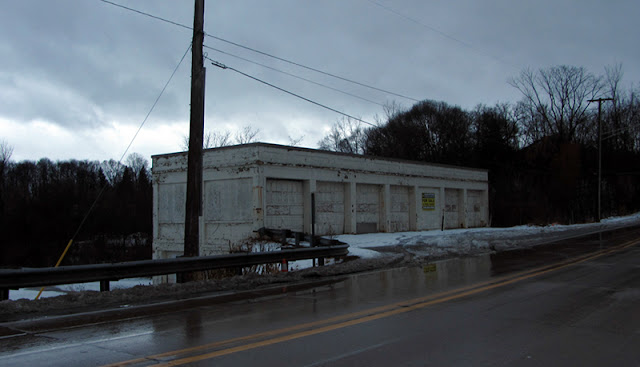 The Wilcox Mill was originally built as one of Henry Ford's Village Industries, then later was used by the Wayne County Roads and Parks commissions. But recently this mill and two other vacant former Village Industries mills have been in the news due to the county trying to sell them off to private developers, which has caused an uproar.

It stands on the impoundment where the old Hardenburg Gristmill stood since 1845, which Henry Ford bought in 1920. The old gristmill was so dilapidated that Ford tore it down and had Albert Kahn design this current structure in 1923, where he produced generator cutouts, and later it was converted to be the main supplier of taps used by Ford Motor Co. The Wilcox Mill (aka, Plymouth Plant) employed 30 men at $6 a day. During WWII, it employed 60 men who made B24 bomber engine parts. In 1948 it was deeded over to Wayne County to become part of the Hines Park system (used as a road yard, and equipment storage). It is a mill in the sense that it was powered by a hydroelectric generator, but all of that equipment was removed long ago. 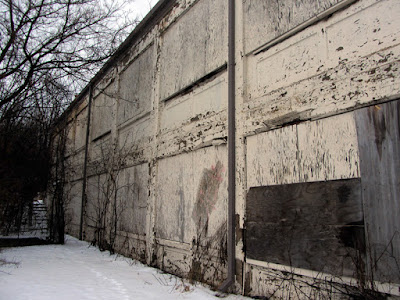 According to Ren Farley's detroit1701.org, the building was also once leased by the county in the 1990s to a local sculptor who intended to use it as his studio, but this apparently never materialized (perhaps there is a lesson to be learned there)? I also like the explanation that he offers of what the "Ford Village Industries" actually were:


Just after World War I, while Henry Ford was building and expanding the world’s largest manufacturing complex at River Rouge, he also decided to experiment with village industries. These were to be small plants located in rural areas, but fairly close to Dearborn, that would employ modest numbers of workers to make component parts for his vehicles. Henry Ford never wrote a long explanation for why he experimented with village industries. Because he made all the key decisions for his firm, he did not have to present a management plan for village industries to a Board of Directors nor gain the approval of numerous federal agencies. Those who have written about the village industries speculate that Henry Ford knew that farmers’ incomes were low and that some of them could work in a nearby plant and still maintain their farms. His motivation may have been to increase the incomes of farmers. Henry Ford also had a consistent interest in what we now call alternative sources of energy. Most or all of his 19 village industries were former mills that utilized water power. Ford stated his own belief that the United States would not become a nation of huge cities. He expected the growth of many moderate-sized cities so this view may have encouraged him to experiment with village industries. By the time he started his village industries—about 1920—the large Studebaker plant on Piquette in Detroit had been unionized. Ford consistently opposed unions and this may have played a role in his decision to create small plants, but I have never seen any documentation of this. 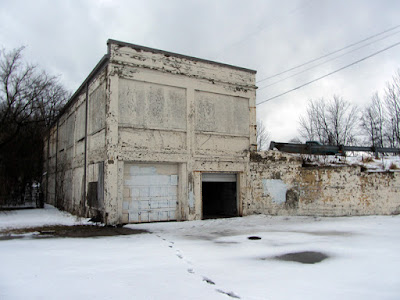 Since I had never gotten inside of the Wilcox Mill before, and since I knew the mills' development was such a hot-button issue right now, I decided to ask Greg if he could get me inside of the building for photos, and he was more than happy to show me around. There I also met Annie Rubel, a local historic preservationist, who is apparently a fan as well. 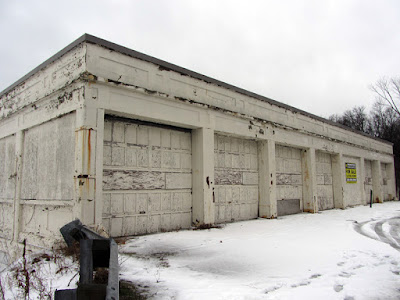 Greg Hoffman is the business manager of local artist Tony Roko, who you might know as the guy whose art currently graces the labels of Atwater Brewing Co.'s beer. Greg said that his proposed plan for the Wilcox Mill is to make the upper floor into Roko's new studio / gallery space, and use the lower floor for youth arts programming under the auspices of the nonprofit Art Foundation, Detroit, which he directs.

As it turns out Roko got his start on a Ford assembly line, but was asked by the company to paint murals to "boost plant morale" instead. He has subsequently been named "Detroit’s Best Fine Artist" five years running, and has done commissions for Jay Leno, Lady GaGa, and the Holocaust Museum. I'm sorry to say I haven't seen any of his factory artwork, which sounds the most intriguing to me. 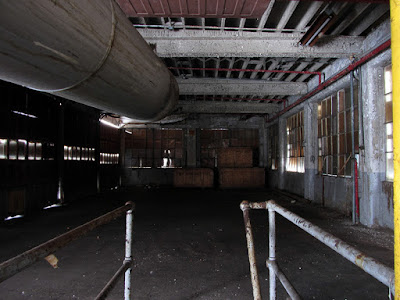 My guides (who I got along with very well, and are actually my age) explained to me their side of the "Save Hines Park" debate, arguing that the people of Wayne County will be losing no actual parkland through the sale of these mills, and will actually be gaining something they didn't have before: access to a functioning cultural facility here instead of what has been an off-limits, rotting abandoned building for decades. I usually can detect sliminess in people very easily, but I didn't get that vibe at all from Greg or Annie. 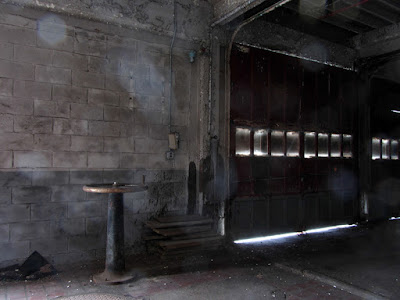 I initially came down on the side of those who were pushing back against the county government on the sale of the mills and adjacent land, since I am generally extremely leery of selling off public assets to private developers. That's because even though the purchasing parties may have the best intentions, it opens a pathway for subsequent less-scrupulous parties to purchase the land after the initial ventures have either failed or moved on.

Next thing you know, there's a damned Rite-Aid store in the middle of our sacred Hines Park, and that I think is what is driving the strong NIMBY backlash amongst many constituents—especially in light of the recent land development skirmish over the Warren Valley Golf Course, a floodplain which included a small part of Hines. Wayne County Executive Warren Evans tried to sell that property to a residential developer back in 2017, but huge pushback from citizens stopped the arguably flawed deal, resulting in its purchase by the City of Dearborn Heights for use as a park. 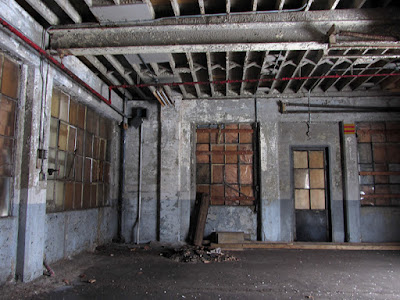 In a recent article Assistant Wayne County Executive Khalil Rahal attempted to to redirect the narrative by highlighting the county's recent donation of a few acres of the also vacant Hawthorne Golf Club as additional parkland to Hines—part of another development sale. Rahal touted it as "a sign of [our] commitment to Wayne County parks," and argued that "Selling the mills doesn’t mean the county will sell other Hines Park assets in the future." Rahal went on to say that opposition to the sale of the mills is "primarily due to a lack of information in the general public," admitting, "We need to do a better job explaining it to folks." 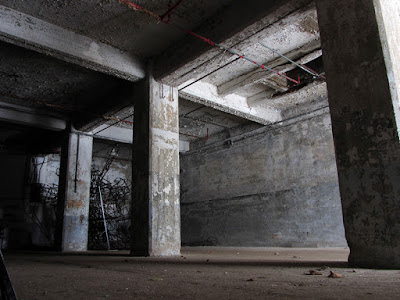 Past misgivings about the motives of our county leaders aside, now that I know more about the mills deal I think that it is in fact a mostly positive thing for the park and for the public, since reportedly there are meaningful deed restrictions in the purchase agreements to prevent misuse of the land held in public trust. Admittedly, I have not been as involved in the nitty-gritty specifics of this debate as I have been on other issues, so I am still not totally sure yet which camp I am siding with. I am just glad that there are a lot of people out there who care enough about our public assets to become politically active, even if the direction of their movement needs to be tempered somewhat. 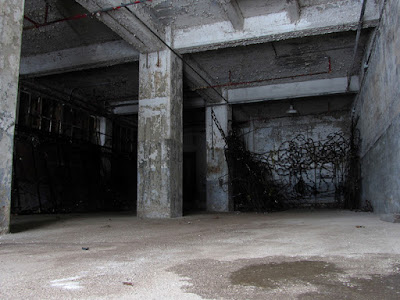 In the past couple days a new website, reclaimthemills.org, has popped up to promote a better understanding of the mills development project. Part of the misconception regarding the sale of the Wilcox Mill and the Phoenix Mill is that they represent parkland that can be redeveloped in a traditional "sprawl" sense. While I acknowledge that with enough money behind a developer, any legal restrictions can eventually be circumvented, the fact is that it is pretty unlikely we will ever see something like the mills being torn down for a McDonald's or a Rite-Aid in Hines Park. Because Hines is a floodplain, there is very little in the way of viable sprawl-type development that could actually occur here—this natural factor is what has kept Hines Park protected for the past century. 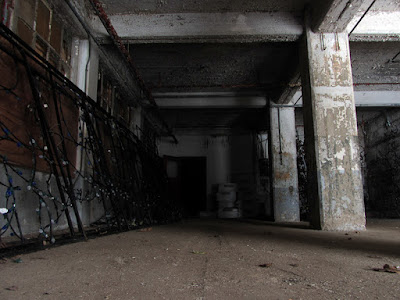 Not to mention that even if the County Executives were to sign a deal for such a project, that doesn't necessarily mean that it is going to fly; if I'm not mistaken the U.S. Army Corps of Engineers has to approve permitting for any development affecting a wetland that connects to a navigable waterway. Again, there might be someone out there rich enough and stupid enough to skirt all those laws and build a Walmart on Hines Drive, but they might also get a surprise when it is washed away by 8 feet of floodwater a month later. Fortunately, none of the developers currently engaged for purchase of these mills has anything like that kind of money; they are small business owners. 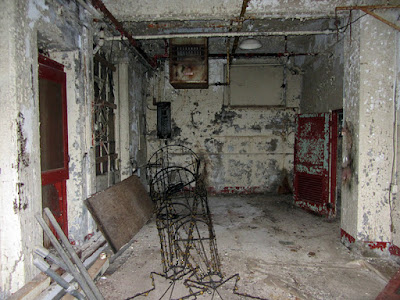 Another point of contention is that some have argued the county should be leasing, not selling the mills. The problem with this is that many of the loans or tax credits one would need to finance the restoration of these historic mills can only be secured to owners, not lessors. Not to mention these mills involve some site contamination, and getting that remediated would be cost prohibitive for a small business like an art gallery, without being able to apply for federal tax credits. Those credits would be unavailable in a lease situation. 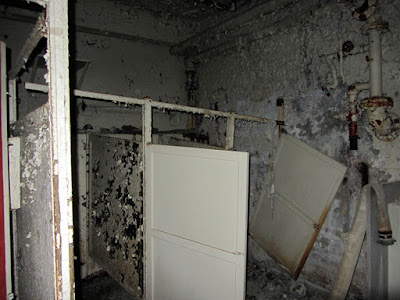 Opponents however argue that in a lease "the county can make federal cleanup funds available that developers cannot access," and furthermore that "developers can give financial support for required grant match through a long-term lease agreement." The Save Hines Park group also argues that the mills deal goes against the recent Wayne County Park Millage, which was strongly approved by voters for the purpose of "enhancing and increasing our parkland, not to sell it." Having not read the specific language in the millage I can't say whether this argument will hold water, but it seems to me that we have the correct people at the table on both sides who will hold our leaders to task on this issue. We just need to hash out the details of the issue so as to come up with a solution that will best protect the park and our future. 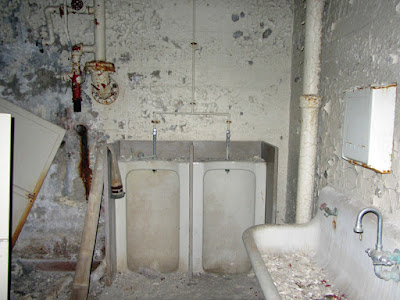 The website reclaimthemills.org has some excellent historic photos of the Wilcox Mill. 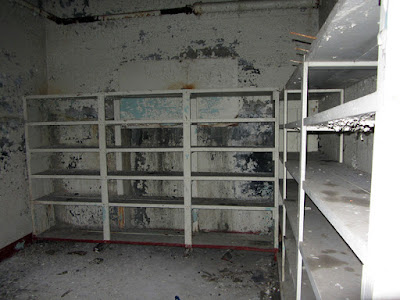 So far the Phoenix Mill and Wilcox Mill are in the process of being sold, while the Newburgh Mill is still up for sale for $400,000. 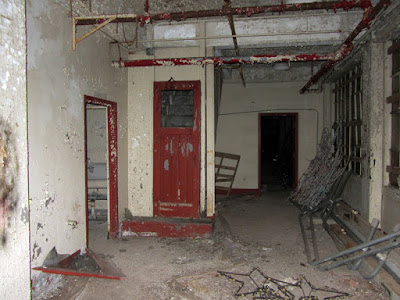 Plans for the Phoenix Mill, which I believe was most recently used by Wayne County as their road sign stamping plant, include redevelopment as restaurant, banquet, and retail space, "keeping with the unique history of the old plant." 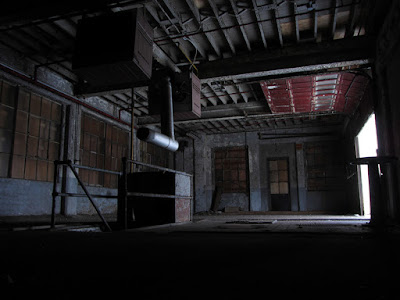