I always had an eye for this attractive plant in the Milwaukee Junction neighborhood of Detroit. Originally I was under the impression that it was an old Cadillac Motors plant, but I have since found out otherwise.

The c.1921 Sanborn map of the block that this plant occupies at Orleans & Lyman shows tightly-packed rows of houses, with the "Richard Bros. Die Works" located in what looks to be a small house at 1560 Milwaukee, sandwiched between houses in a residential block. For what it's worth, the October 3, 1918 issue of Industry Week had the Richard Bros. listed at 361 Trombley, and noted that they planned to build a one-story plant, 42x100 feet in size.

A later Sanborn map (1921-1950) illustrates a much larger operation for the Richard Brothers; it appears that at some point in the 1920s that small house eventually expanded to fill up the entire block as a modern factory, supplanting all of the houses. The map marks it as "Allied Products Corp., Richard Bros. Div. Die Works," with the various buildings labeled as machine shops and "factory" space. 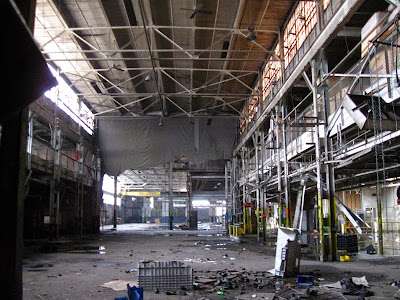 In Clarence Burton's The City of Detroit, Michigan, 1701-1922 is recorded the story of Otis K. Richard, an Indianan who moved to Niles, Michigan (hometown of the Dodge Brothers) at age seven and after school got industrial experience in the Garden City Fan Co. before moving to Detroit and opening a hardware store at 1188 Russell Street in 1910. In 1917 he founded the Richard Bros. Sheet Metal Die Works with his two brothers Clarence A., and Clement C. Richards. 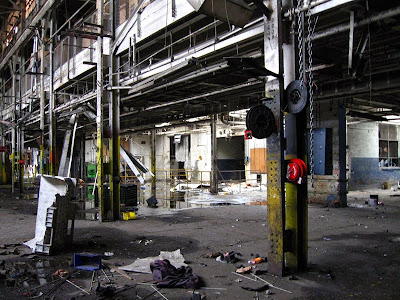 They achieved a significant level of success in the automobile manufacturing supply business by manufacturing their patented type of sheet metal die, which Burton says was designed with a removable punch, to allow a broken punch to be removed from the die with relative ease. Burton proclaimed that this invention was "destined to revolutionize the business," and that they currently employed 60 persons in their plant in 1921 when he was writing.

Otis Richard was a member of the Milwaukee Junction Manufacturer's Association, Detroit Yacht Club, Detroit Automobile Club, and was "a prominent Mason" according to Burton, belonging to the blue lodge of Detroit, the Michigan Sovereign Consistory, and the Mystic Shrine. 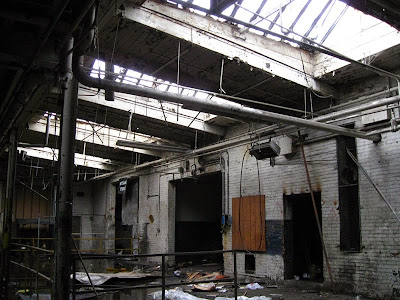 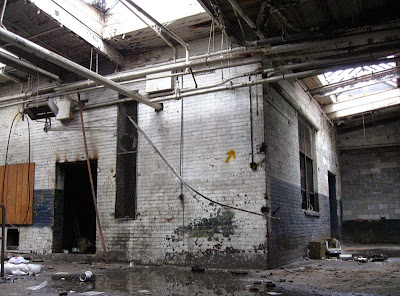 Allied Products was bent but not broken by the coming of the Great Depression two years later; they became profitable again in 1934 and stayed that way for a quarter century. By the 1950s they acquired Michigan Powdered Metal Products Co. and Pheoll Manufacturing Co., operating a total of eight manufacturing plants across Michigan. But the late '50s brought trouble for the gargantuan Detroit auto industry and in 1961 Allied itself was bought up by investors, one of whom was an ex-quarterback for the Chicago Bears. 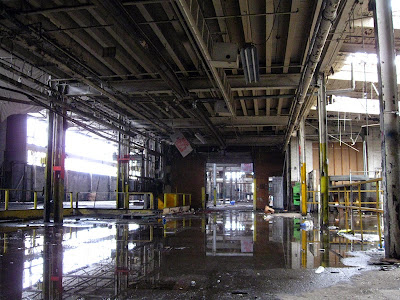 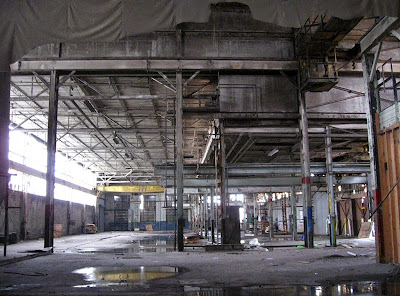 Allied Corp's fiscal performance didn't really improve much as one might've surmised, and in the face of a still-slumping American auto industry this "over-diversification" had resulted in a financial crisis by 1984. Predictably this was addressed by a massive shedding of assets--liquidating 27 plants, and cutting its workforce by 60%. What manufacturing remained was refocused in rural facilities "where employment costs were lowest, and the threat of closures persuaded workers to accept drastic wage cuts."

So basically it sounds like Allied's investors did the douchy '80s wheeling & dealing thing. 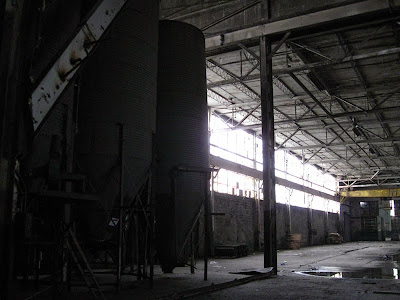 This brutal reshuffle improved prospects considerably on paper, but only for a very short time. By 1990 they were facing $10 million annual losses again, and bankruptcy became a very real possibility as they teetered on the brink. Another even more severe restructuring left Allied with only three of its divisions intact--and Richard Bros. Die Works, the last remaining original company of the corporation--was one of those to meet the axe. 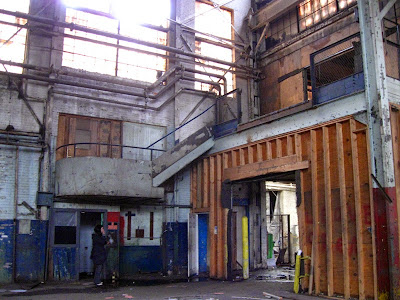 The compendious automotive history website coachbuilt.com seems to indicate an aspect of the Richard Bros. operation that did not come up in the previously outlined company history. "No discussion of Chrysler-based professional cars would be complete without reference to the Richard Brothers' Division of Allied Products," it says; it would appear that Richard Bros. manufactured ambulances and hearses built on standard-wheelbase Chrysler chassis starting in the late 1940s, at a plant in Eaton Rapids, Michigan (just south of Lansing). Their best known such coach, the "Briarean," was discontinued in 1963. 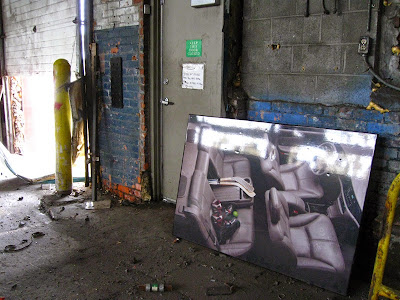 When I visited this plant the sign on the north side of it was emblazoned with the name Regrind Services, Inc. I couldn't dig up much at all on this company, but City Council proceedings from 1999 mention them as a recycler of plastic, but with the word "regrinding" in their name, and the fact that they're located in a plant that was an industrial machine shop, I would be more apt to say they refitted old worn out machined steel parts. Nothing else useful really comes up in searches except for their address and phone number. 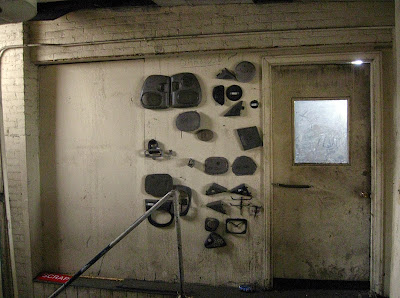 And judging by that poster graphic and these automotive accessories sampled on the wall, I would say that they did indeed do automotive-related manufacturing. Looks like speaker parts. 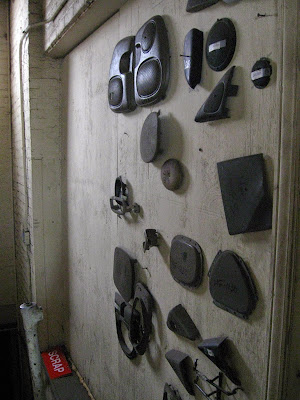 My guess is that at least part of the plant was used for some extent of warehousing most recently. 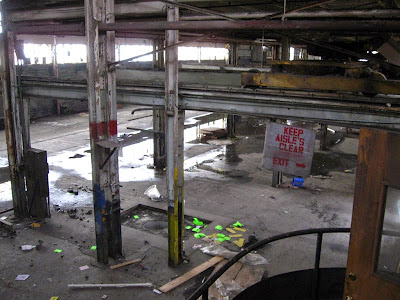 The plant was sealed back up not long after our visit, and a strong perimeter fence was erected around the back lot, where I believe there are utility trucks now parked, so it doesn't seem like this place is abandoned anymore, if in fact it ever really was. 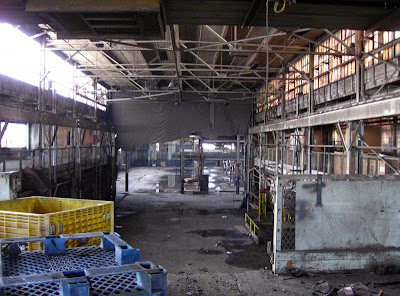 On the other side of Milwaukee Avenue, sits the remnants of Springman Paper Products: 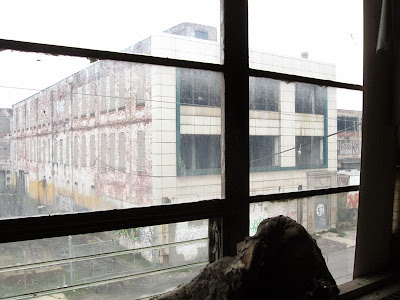 In the distance, the former Murray Body Co. (better known today as the Russell Industrial Complex): 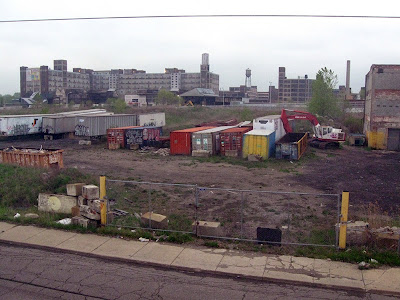 Today this little industrial enclave of the East Side is hemmed in on all sides by freeways, railroads, and the GM Poletown Assembly Plant. 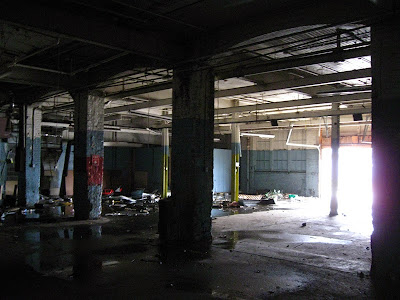 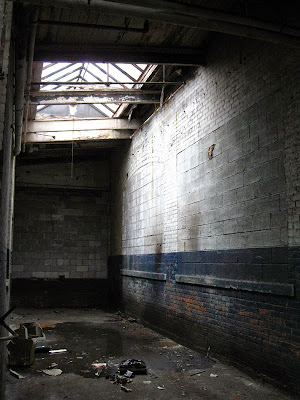 The roof was top notch and would've served as a great nighttime hangout if it had lasted longer. The green stuff is spray-on foam insulation: 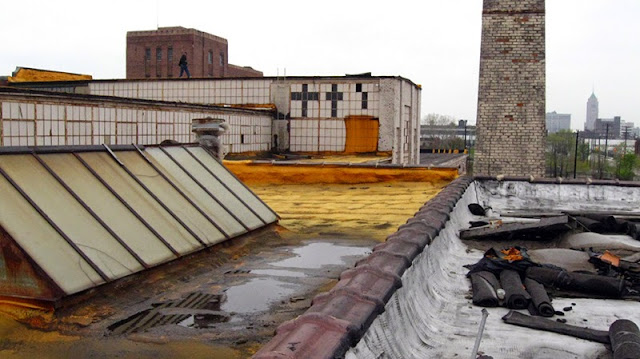 The tall brick building looming in the background is a Detroit Edison substation I believe: 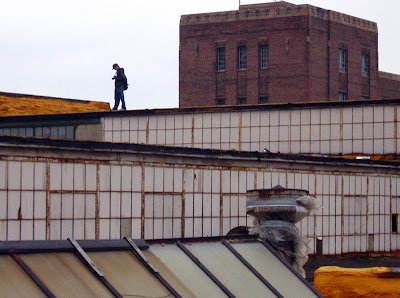 The old place on the other side of the train tracks with the tall brick smokestack is the former Detroit White Lead Works of the Sherwin-Williams Co.: 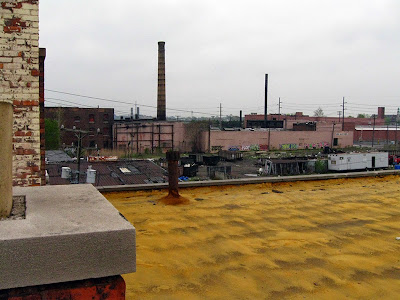 The city garbage incinerator and Grand Trunk Cold Storage Warehouse in the distance: 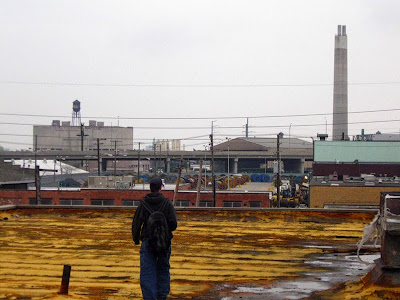 One of the last remaining 1900s houses of the old neighborhood that was wiped away when heavy industry took over Milwaukee Junction: 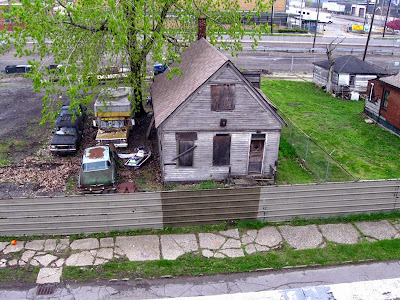 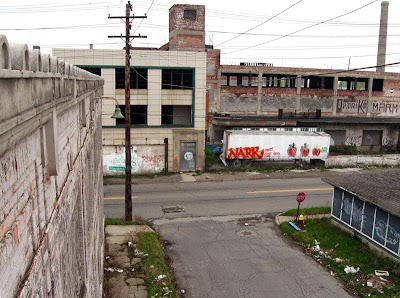 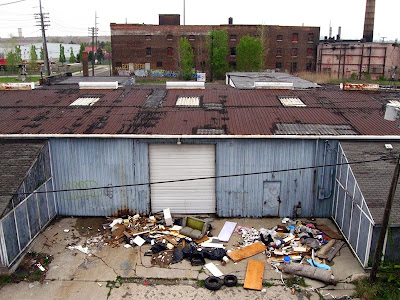 Another view of Russell Industrial: 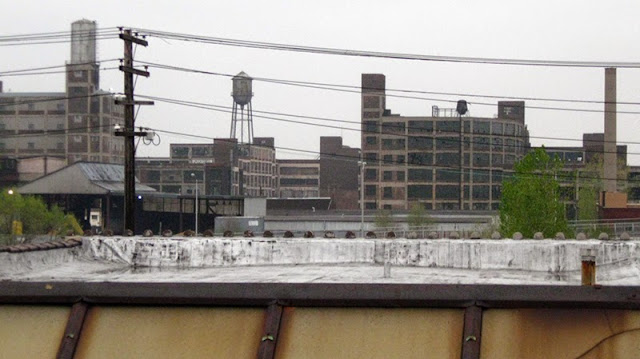