You may recall that I explored the Quincy Dredge #2 in an older post by walking across the ice on Torch Lake. This time, riding in my Minnesotan colleagues' 4x4, we did some Dukes of Hazzard @#$% and drove right up to it. 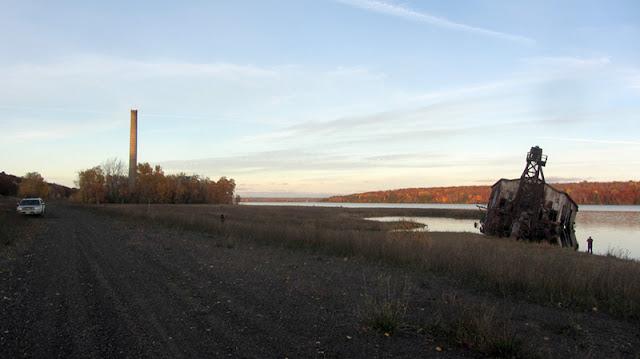 But this time I was more interested in the actual Quincy Reclamation Plant ruins than the dredge... 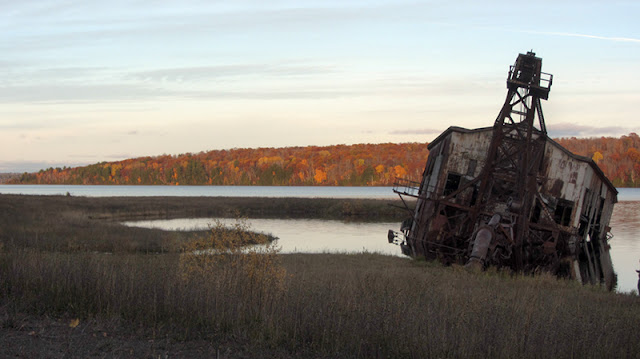 As I've probably explained before, the purpose of this dredge was to float around out in Torch Lake and suck old stamp mill tailings off the lakebed with its big suction head, and convey them back to the Quincy Reclamation Plant to be refined for copper. The milling practices of the "olden days" in the Copper Country left a lot of the good stuff behind in the waste product, so this was a modern way of "re-refining" old waste for profit, using chemicals. The only problem is that after this process was complete, the company redeposited the now extra-toxic tailings right back into the lake, which is why no one swims here. 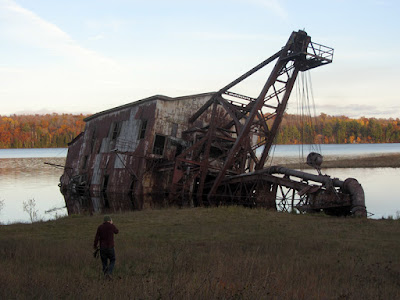 Lawrence Molloy writes that the Quincy Reclamation Plant was built in 1942 to 1943, right smack in the middle of WWII. For there to have been any new building on the homefront during that time in America's history, it must have been directly related to the war effort, so I'm guessing it was driven by the sudden renewed urgency for copper production. The old mines were back working at full tilt, but the Department of Defense wanted more, more, more. 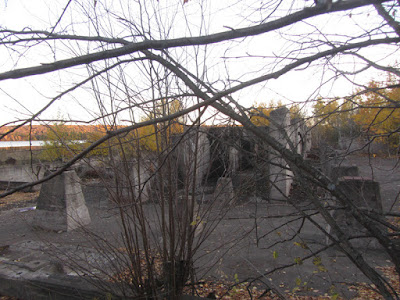 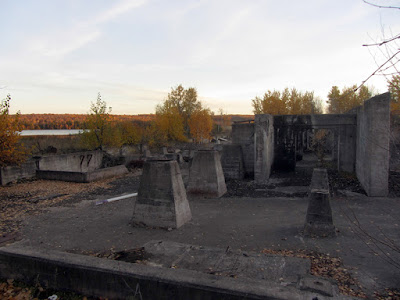 Unfortunately an unexpected fence kept me from getting any closer photos than this. 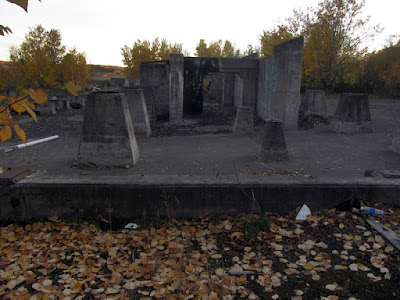 As it turns out the Tamarack Mining Co. also had a reclamation plant just down the road, whose ruins we drove through rather quickly... 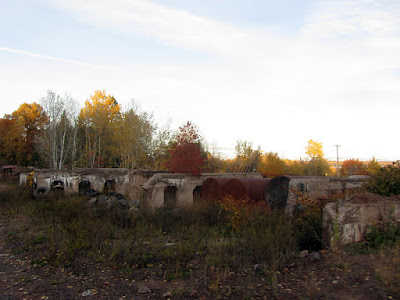 According to mountainscholar.org, chemical reclamation of copper tailings began in the 1910s, and the Tamarack and Osceola mining companies each had two stamp mills here at that time, as well as a reclamation plant. When the giant Calumet & Hecla Consolidated Copper Co. bought up these companies however, they dismantled the stamp mills in 1920. The Tamarack Reclamation Plant kept operating until the 1940s however. 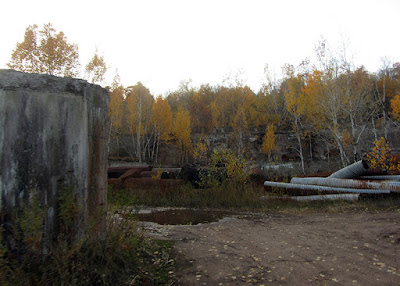 My colleague Mike at coppercountryexplorer.com says that the mills dumped so much stamp sand that it enlarged the "shoreline" of Torch Lake by some 140 acres. 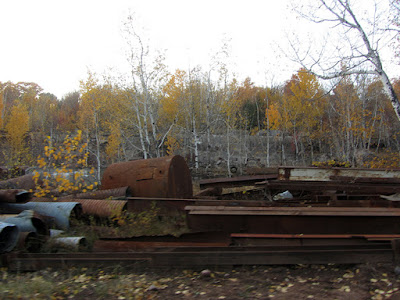 As it turns out, these unspectacular ruins are in somebody's backyard, so we only stayed long enough to turn around and head back toward Hancock. 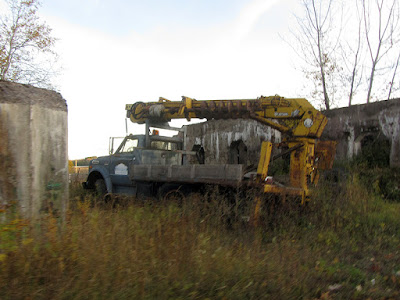 Time to scrape the mud off our boots and have dinner at Gemingnani's...! 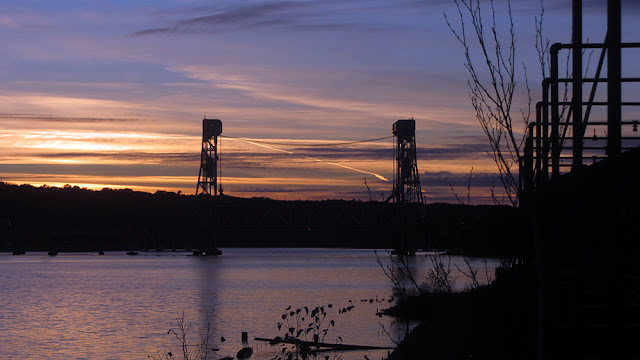 CLICK HERE to go back and explore the inside of the Quincy Dredge.