How Barbeque Charcoal was Born in Da Yoopee

Now I know you’re probably thinking to yourself by this point, "Hmm, I haven’t heard anything about Henry Ford in like all of ten minutes, I wonder what he’s—" oh hey, you’re in luck! Here is another of his enterprises, the old Ford Motor Co. plant in Kingsford, commonly known as the "Woodie Plant," where the bodies for the old Ford Woodie station wagons were made.
Note: this post is actually split off from an older one about one of my trips to the Upper Peninsula. 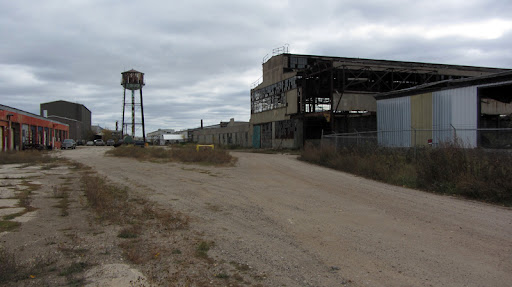 According to Guy Forstrom, who wrote “E.G. Kingsford and the Kingsford Motor Car Company,” if it hadn’t been for Ford building his wood processing plant here in the 1920s, there might not have ever been a town of Kingsford, let alone Kingsford brand charcoal, or the Kingsford High School football team called the “Flivvers.”

Mr. Edward Kingsford, an Upper Peninsula timber cruiser, married a cousin of Henry Ford in 1890 and soon became Ford’s Marquette-area sales agent. In 1919 Ford invited Kingsford on a camping trip to discuss Yoopee lumber resources, which Ford had been lustfully eyeballing since 1912. This of course meant going camping with the “Vagabonds,” as they called themselves—Ford, and his buddies Thomas Edison, Harvey Firestone, and John Burroughs. 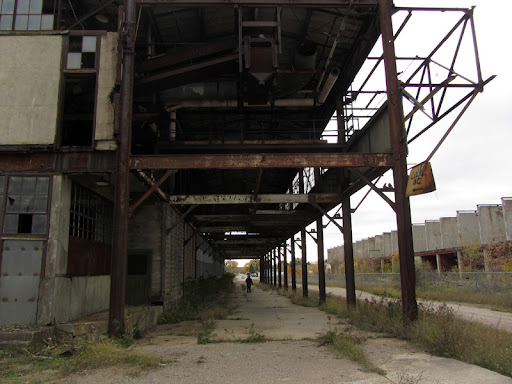 Basically Ford was in need of large quantities of timber and a plant that could produce a million board-feet per day, due to the fact that he was cranking out a couple thousand Model-Ts in Highland Park every shift. He also needed a wood distillation facility, which would produce a large quantity of charcoal as a byproduct. I’m sure you can guess where this is going. 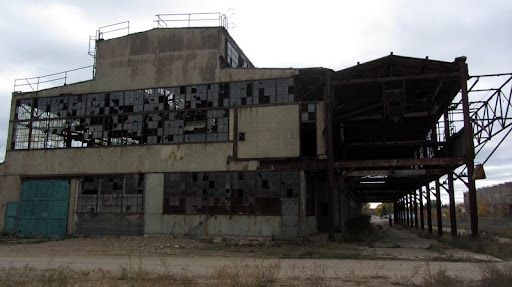 Anyway, Mr. Kingsford was going to be the guy who Ford entrusted to handle all of this, and the new plant was where the wooden body pieces for Model Ts would be milled, as well as any other needed wooden pieces such as the planks used in truck beds. The company literally built the entire town of Kingsford in the early 1920s, which looks like a slice of Dearborn slapped onto the Yoopee, bungalows and all.

According to the Historic American Engineering Record (HAER), construction on this plant started in 1921, and by 1925 it boasted of a sawmill, 52 dry kilns, a wood fabricating plant, a hydroelectric plant, a powerplant, three body plants, a commissary, and a chemical plant producing charcoal briquettes, ethyl acetate, and methanol. 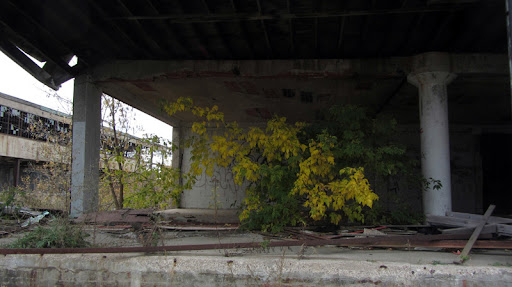 The website coachbuilt.com states that automobile bodies were using less wood in their construction by the 1930s, and combined with the onset of the Great Depression this obviously took a great toll on this plant and the work force of Kingsford.

Ford had created a highly skilled labor force there and inasmuch as he felt somewhat responsible for them, he strove to keep the sawmill running by making other wood products, including "pre-cut timber patterns for aircraft manufacturers, ship building, railroad cars and the mining industry." 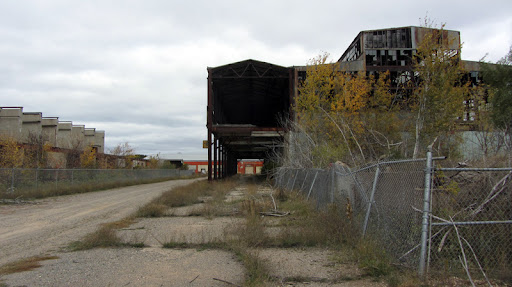 In 1938 Ford even went as far as to cancel his company's contracts with Briggs Body and moved the station wagon production to Iron Mountain in order to keep this plant running. He retooled it to mill not only the wooden parts needed, but to also perform full body production for those cars from 1937-1939.

Iron Mountain was retooled again by 1943 to build passenger gliders for the U.S. Army Air Force. The first ones were used in the D-day invasion to fly troops into France, Belgium, and Holland. From 1944-1945 this factory built over 4,200 of the gliders (I wrote another post about finding the wreckage of an Army glider elsewhere in Michigan). 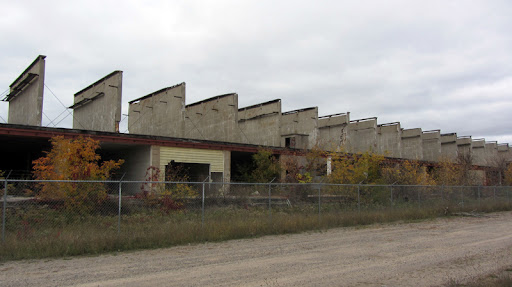 I wasn’t sure what would happen here, and expected we might be relegated to taking a few exteriors before leaving. But I was feeling a little stubborn. So after a quick walk around, Navi decided to escape the biting cold winds by waiting in the car while I monkeyed up a girder and into the second floor of the joint. 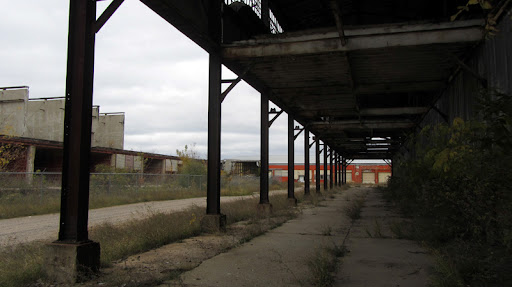 This building was presumably either Body Plant #2 or #3, as the HAER states that the first body plant was constructed of wood. The interior had a plush green carpet of moss, and not a speck of graffiti anywhere. 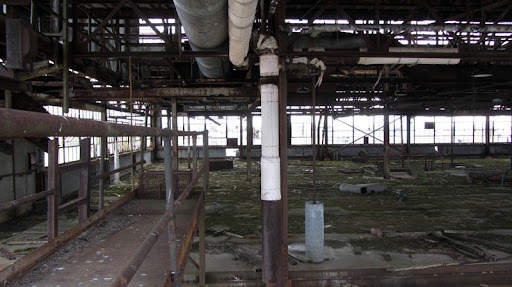 After the Arsenal of Democracy days were over, the Ford Empire began changing. Henry retired and his grandson Henry Ford II took over, and immediately began selling off his grandfather's treasured (but anachronistic and unprofitable) "Northern Michigan Operations" and "Village Industries" holdings, which included this plant and other mills, mines, and lands. 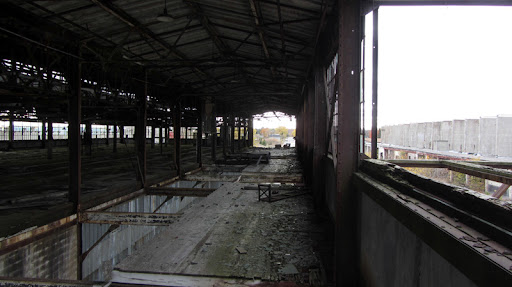 According to Guy Forstrom, Ford Motors’ need for wood lessened after WWII, and these sorts of mills were obsolete; the industry was changing, and though Henry Ford did not like change, his grandson was not afraid of adapting to it.

Old, obstinate Henry Ford passed away in 1948, and his iron-fisted control over his company was finally broken. By 1951 his Northern Michigan Operations were all but gone. 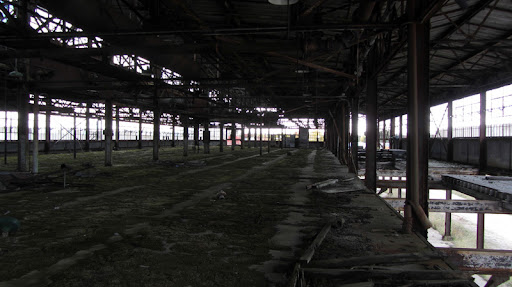 In order to save the town the Kingsford Chemical Co. formed and took over the old plant, Forstrom says, who made various products including their famous charcoal briquettes--just in time for all of the barbecues that Americans were about to have in the leisurely postwar era. 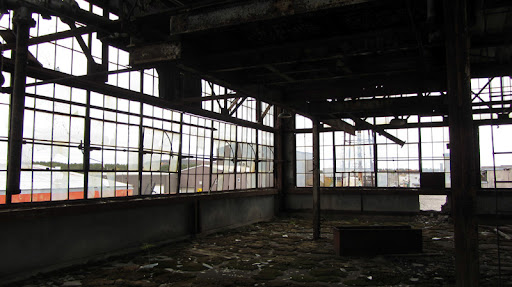 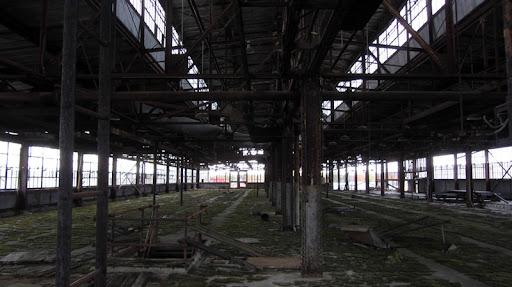 Today it has but a few tenants while much of the complex sits empty. Most of the original buildings that were here have already been demolished. 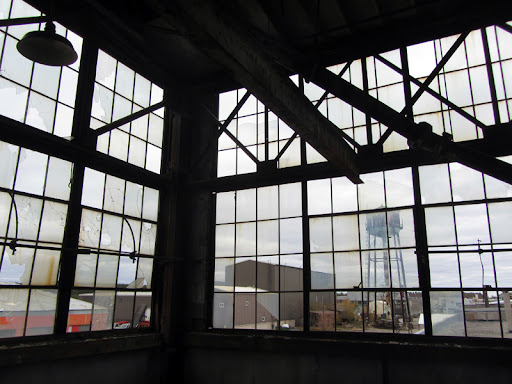 After I had finished with the upstairs, I risked a peek downstairs, to find that it might not necessarily be abandoned: 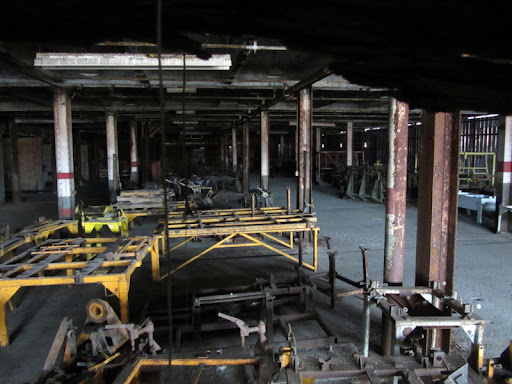 Not wanting to set off the only motion detector in the Upper Peninsula, I went back up and joined Navi in the truck to warm my frozen fingers. It just so happened that our next item of business was not far away at all, just a mile or two away in Breitung.