Ozhibii'igaadenong—The Place Where it was Written Down


For years I had wondered about the crumbling stone buildings overlooking Keweenaw Bay along US-41 north of the town of Baraga, in a small village called Assinins. This is one of the most important sites in the history of Upper Michigan, the Holy Name of Jesus Indian Mission, established in 1843 by Father Frederic Baraga, a Catholic missionary. The original structure was destroyed in 1873 but the site was expanded up through the 1880s, growing to include a church, rectory, convent, and orphanage, though the church and rectory are now gone. All that remains are the cemetery, and the ruins of the convent and orphanage that you see here, but several functions of the Keweenaw Bay Tribal Center are now contained elsewhere on the grounds of the mission. 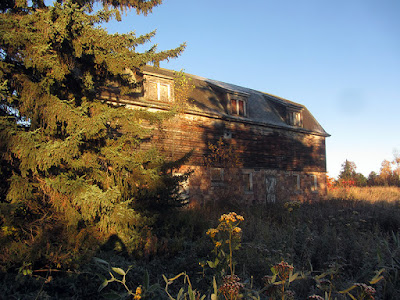 Baraga County Historical Museum, and the Keweenaw Digital Archives at Michigan Tech have some good historical photos of the mission's older buildings as they used to look. Kathryn Bishop Eckert, author of Buildings of Michigan, notes that these Lake Superior sandstone structures resembled the French Colonial type of dwelling traditionally built in old Quebec. She also wrote that Assinins was named after Chief Edward Assinins, the first Ojibwa to be baptized by Fr. Baraga, right before the latter was made the first bishop of Upper Michigan. I presume his name comes from the Ojibwe (Chippewa) word asiniins, which as far as I can translate, means "little stone."

Father Baraga himself was known as "The Snowshoe Priest," because of how frequent a winter traveler he was in this remote, inhospitable frontier land. According to the Diocese of Marquette, the Catholic missionaries first came to this area in the year 1660, with Fr. Renee Menard establishing a base at L'Anse at that time. When Father Baraga arrived, besides the mission he also opened the Assinins School here where he held classes, and helped build several log homes, according to the diocese webpage. 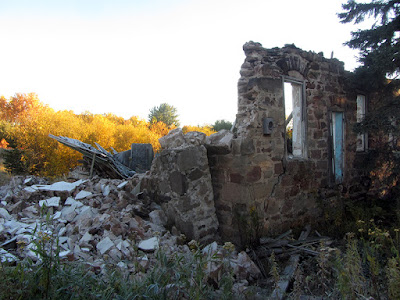 It was here on this particular site however that Father Baraga (a Slovenian) penned his seminal "Dictionary of Otchipwe Language Explained in English," as well as a treatise on Ojibwe grammar. This was the first attempt to put down onto paper the language of the indigenous people of Lake Superior, or to study it in any way at all by a European linguist.

His first Ojibwe dictionary was published in 1853, and still today remains just as valuable a document as it was back then. As a writer and armchair linguist, I find this to be perhaps the most compelling historical aspect of the site. Today the Ojibwa language is still one of the best-preserved of the old Native American tongues, and unlike most of the rest of them it is not considered a dying language because it is still so commonly spoken. I myself took two Ojibwe language classes at Central Michigan University. 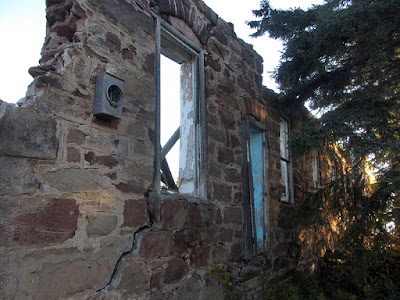 According to an old quotation on pasty.com (da biggest & best website about da Yoopee), which was taken from an official (but now defunct) State of Michigan webpage, Bishop Baraga built the "Old St. Joseph Orphanage and School" here in 1860. Sometime after the Civil War, he deeded the land and all its buildings to Chief Assinins and the Keweenaw band of Ojibwe.

In 1929 another larger orphanage was constructed nearby, used until 1957. These buildings were then rededicated as the Sacred Heart Friary, and used as the novitiate of the Capuchin Fathers in the Midwest for about another decade. The 1929 building was still being used for church services by the Most Holy Name of Jesus parish, the state webpage said at the time, and also housed a priest and a Capuchin monk. 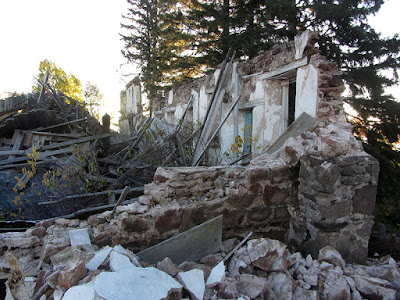 Even Hunt's Guide to Michigan's Upper Peninsula mentions the St. Joseph Orphanage, saying that "According to some tribal members," it was "more benign than the notorious Indian schools at Mount Pleasant and Harbor Springs," which were designed to strip children of their native customs through punishment, and separation from their parents. I explored the hated Mount Pleasant Indian Industrial Boarding School in an older post. 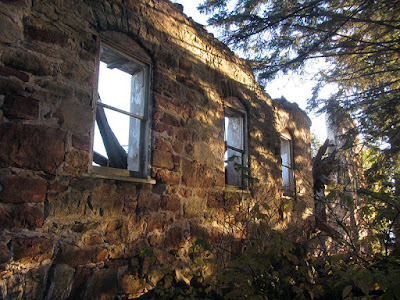 An article I found in the Detroit Free Press from May 1941 said that 55 children of "pure or mixed Indian parentage" were then cared for here by the Sisters of St. Agnes, after being brought by Jesuit missionaries who found them "abandoned" in "remote parts of the peninsula." I didn't realize we still had Jesuit missionaries wandering the woods of the Yoopee as late as the 1940s, looking for lost little Indian children to save. Perhaps they were late in getting the memo that this wasn't New France anymore...! 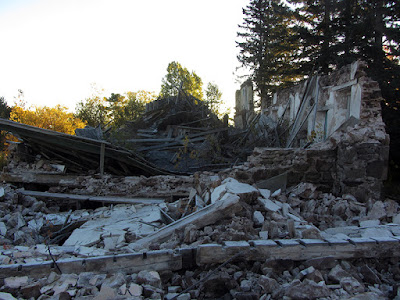 At its peak this orphanage housed up to 950 children Hunt's Guide said, half of whom were white. It also goes on to say this building once housed various Keweenaw Bay tribal services, but one priest's attempt to replace the tribal chairman in the 1990s caused a rift in the community, and "tribal leaders let the roof go," so it eventually collapsed. There have subsequently been some members in the community who wish to revive these structures as a cultural center and museum. The Keweenaw Bay Indian Tribal Center, community center, and Tribal Council headquarters were located elsewhere on the old mission grounds. 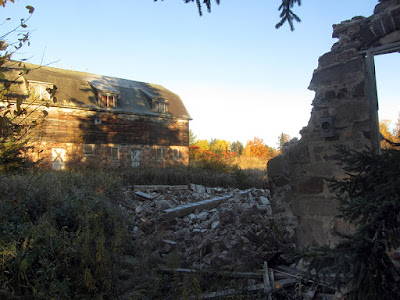 There is a shrine on the spot of Baraga's original mission, and the old cemetery contains the remains of Chief Assinins himself, as well as the graves of many fur traders, pioneers, and other contemporaries of Bishop Baraga. Perhaps sometime I will return here to do a more thorough look around, when I am not in as much of a rush.