On the other side of Dexter Avenue from the King Solomon Grand Lodge that I wrote about in another post, the St. Paul's Elderly Housing tower stands a good 12 stories or so above the city. 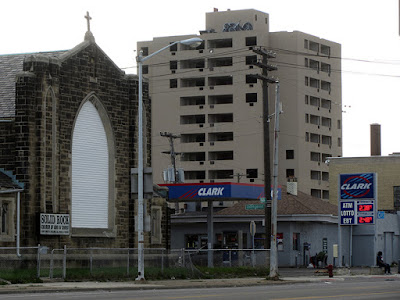 Judging by its name I suspect it was built under the auspices of HUD and the nearby St. Paul AME Zion Church, which moved into the former Congregation B'Nai Moshe on Dexter Avenue in 1959.

Built in 1974, the tower wasn't much to look at. Neither did it didn't seem to hold much of an interesting history, nor did it promise to hold much of interest inside, but I was excited for the view from the roof. So we went in. 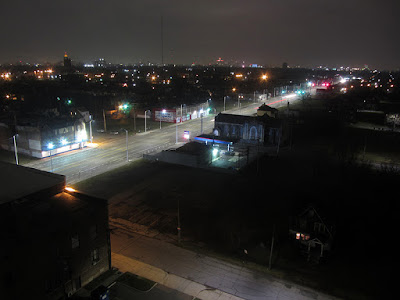 I had noticed that—in the summer at least—there seemed to be a perpetual card game going on at a table set up right in front of its wide-open entrance by some oldsters from the neighborhood, almost as if they were guarding it from scrappers and vandals, and snooping nailheds. 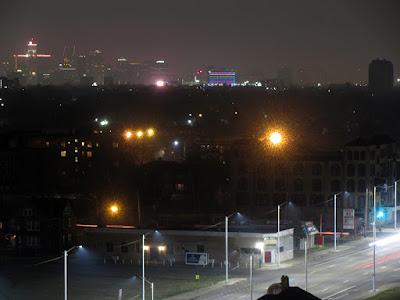 So Navi, Donnie, and I went in on a bitter cold winter's night. 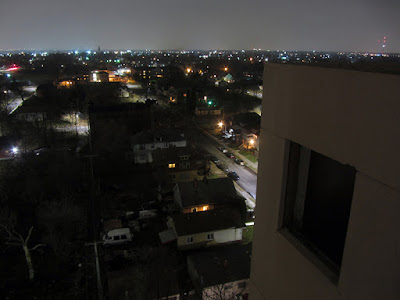 This building didn't show up much in the news, but according to one Free Press article John Conyers once made a campaign stop here in 1989 when he was running for mayor, in between going on-air at WWJ and hob-nobbing at the Detroit Yacht Club. 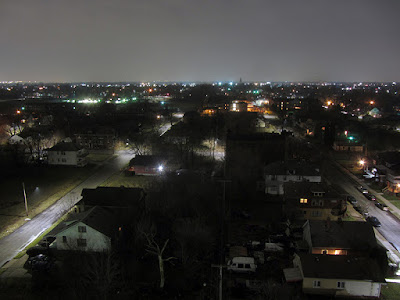 This place suffered a four-alarm fire in 1998, where over 100 firemen scrambled to perform high-rise rescue operations in subzero windchills while the DFD's tower truck was down for repair. They ended up having to borrow a ladder rig from Highland Park Fire Dept. to complete the rescue, and while no one died, there were some injuries from smoke inhalation.

Here's a nice view of the immediate neighborhood, which actually seems to be doing reasonably well despite the monster abandoned skyscraper right in their midst: 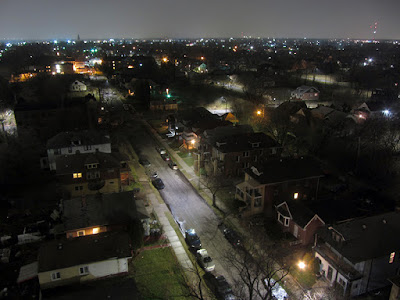 I kind of wondered whether or not those oldsters who played cards all summer in front of St. Paul's tower were merely continuing a tournament that had begun inside many years ago when they all might have been residents here, just waiting out the days until they had to go talk to St. Peter?

And here is the shot that made the whole trip worth it (aside from some nasty lens flare from those damn streetlights): 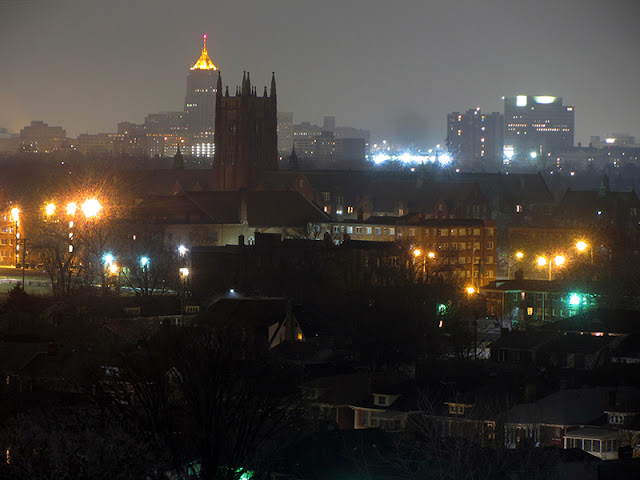 ...It's not easy to do high-zoom long-exposure night photography, but tonight was one of those rare nights where I actually had a tripod with me. In that shot you can see the dark tower of the Sacred Heart Seminary almost silhouetted against the bright lights of New Center. 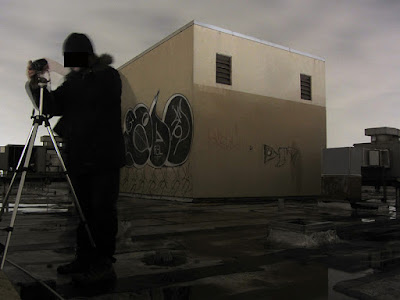 Today the St. Paul's tower is completely boarded up, although I doubt it will ever be reused for anything.