There seems to be this thing where my friend Navi comes to town more often now, and the expectation of exploring new stuff pushes the limits of our ability to locate and check out new and interesting spots (that are also within our geriatric skill level, and lethargic ambition level). Sometimes I just cruise around aimlessly until we either get tired or spot something that looks like a good place to chill for a few and drink a beer before he either has to leave town or we meet up with other friends for the night. Other times, I have a run of good luck for the several months prior to his visit and I manage to inadvertently rack up a shimmering list of superlative potential spots that tickle both of our fancies, while also representing groundbreaking new territory in the scholarly field of uRb3x, but this wasn't going to be one of those times. 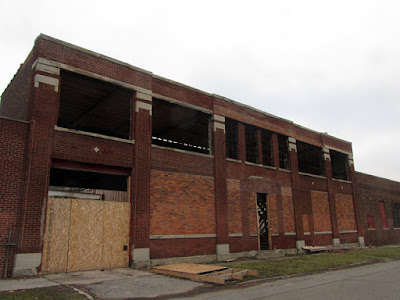 Fresh off our spectacular flop at a Victorian mansion on 14th Street that I had been eyeballing and drooling over for years prior, but which upon our heroic and highly calculated leap through the entrance turned out to be a mind-numbingly boring, gutted shell of nothingness on the interior, we dejectedly cast about for some other wreck into which we could pour our unfulfilled yearning, and finally consume the crucial 24oz beercans that we had brought for the occasion—which were now perspiring dangerously close to past their optimal temperature.

Or maybe Navi actually brought the beers to share, I don't remember. Anyway we both sort of quickly settled on this arguably bland, but serviceable (and inarguably wide open) location on 15th Street that neither of us had ever been in before. 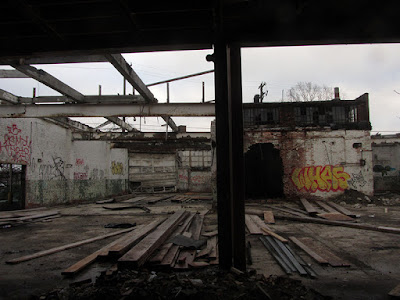 We were both pleasantly surprised to find that this place was also a sort of time capsule that still held onto some old graffiti from almost 20 years ago, namely some old TRDLs and a DEAD KRAKHEAD: 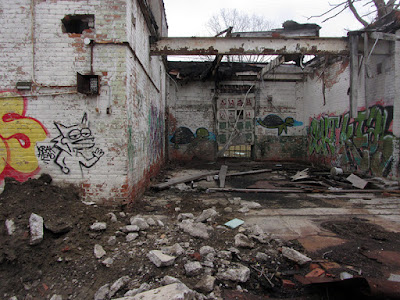 Clearly there had been some renovation work started here, but judging by the weathered look of the new lumber, I'd say that may have stalled. 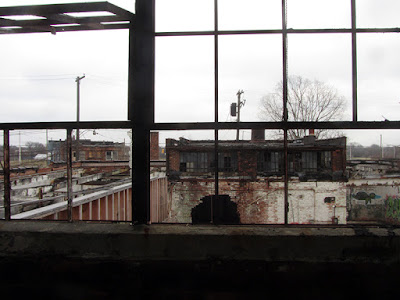 Granted of course, a lot of this is original framing still, just being shored up with the new stuff. 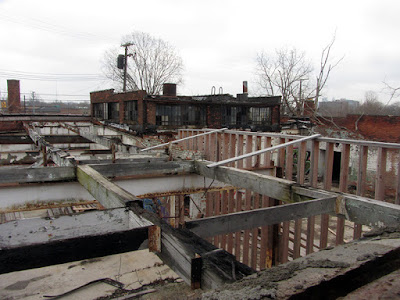 This corner of the city included lots of familiar spots like the old Wilbur Wright School, the Edmunds & Jones Plant, and the ruins of the Northway Plant—and it was also just down the railroad line from the Commonwealth Corridor, sort of making it like an extension of that industrial corridor.

But honestly it has also yielded a couple interesting new spots for us lately, such as the ruins of the Michigan Pressed Brick Co., the Detroit Fire Department Training School and Fire College, and the last remnants of the old David Stott Flour Mill, all of which I have explored in other posts. 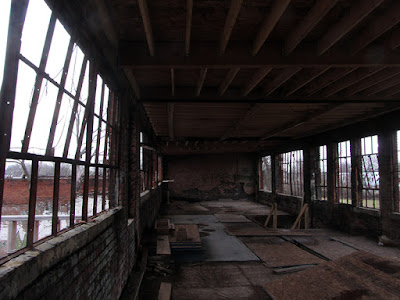 This place however, I had a tough time learning anything about. Sanborn apparently missed it, since the c.1921 map shows two empty lots, and two houses at 4600 and 4610 15th Street where it stands now. So it definitely dates after 1921. Address searches didn't turn up much, but I did finally come across two articles in the newspaper that indicated it used to be a U.S. Post Office substation. 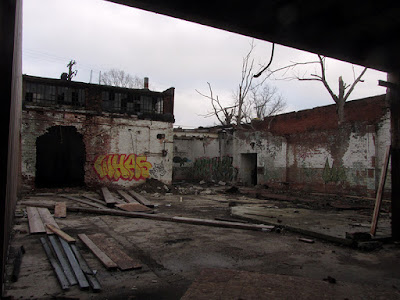 In light of the fact that we are currently witnessing the scuttling of our beloved public postal service here in America at the hands of the oligarchy, perhaps this is a fitting and timely post... 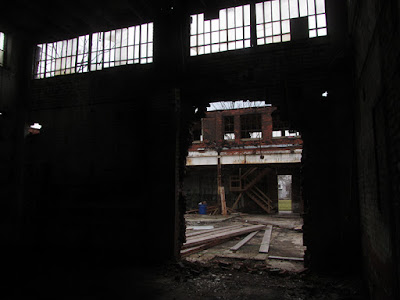 Anyway it would seem that the presumably older one-story portion of the building is the one that carries the address, 4600 15th, which came up in a newspaper query that seemed to indicate the building had started out as a post office substation. A Detroit Free Press blurb from August 1924 entitled "New Grand River Post Office Leased" said that the Grand River Station of the Detroit Post Office "is to have new quarters" for a term of ten years, starting on December 11, 1924 or date of occupancy. It was mentioned again as a postal substation in an article from 1930.

"Grand River Station" post office used to be a couple blocks up Grand River at the corner of 16th & Grand River, and originally shared space in the David Stott Flour Mills office building there...it would seem that this building was erected to supersede that one. 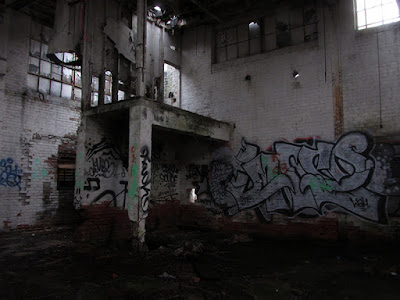 Whether this place was a post office its entire life or whether it was used for something else more recently, I couldn't say without cracking open some old city directories at the Burton. And since we're still on quarantine, that's not gonna happen.

The current Grand River Station of the Detroit Post Office is located just a few yards from here, on the north side of Grand River. 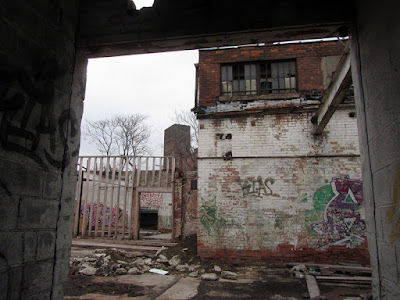 I guess it's worth noting that the main Detroit post office was also on 15th Street, the Roosevelt Warehouse, which I've written about in two older posts: Detrospect: Five Years After Johnnie Redding (RIP), and Fahrenheit 313.