The next day was spent very lazily, though we did put the pontoon boat in the river and go out for a cruise down the Black River. I was excited for this because I remembered Chisel had said something about an old dredge barge that sat abandoned about a mile or two downstream from their place, as well as an old car like a Model A or something. 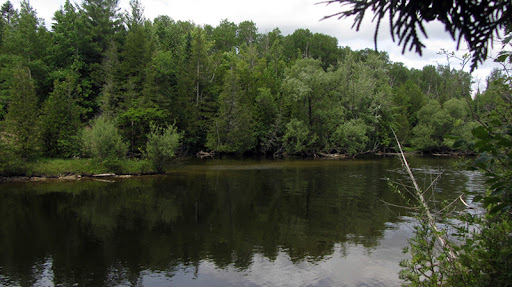 I took a little hike up to the dam: 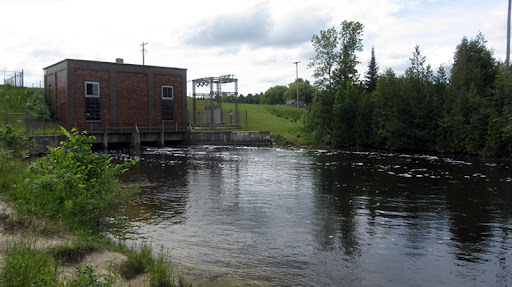 Out on the pontoon boat, I thought we were going to take it all the way to Mullett Lake, but we ended up turning around after a little while, because there were shallows there that we would have trouble passing, especially with like 12 people on the boat, haha. 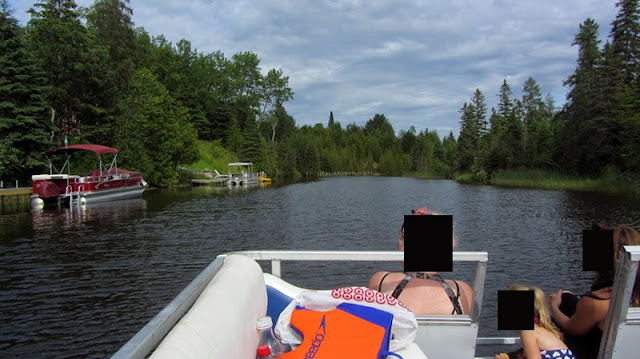 By Chisel's reckoning, the barge had apparently been removed since their last visit, much to everyone's surprise. It would have sat right near where we turned around. But we did see the old car, which I can't identify, other than to say something from the late 1920s or early 1930s: 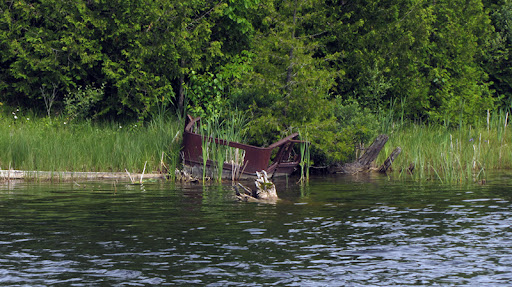 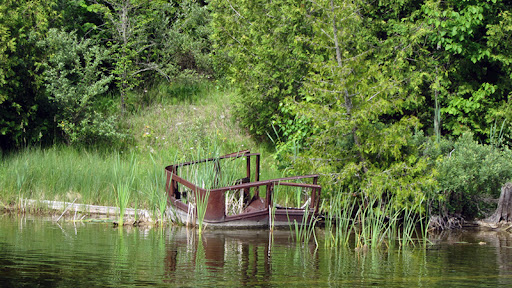 The weather was just amazing for the rest of our stay up here. 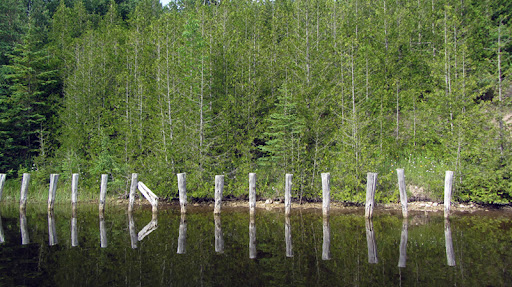 A few beers later I decided to take the paddle boat out and dicker around on my own, so I took it up to the old spillway. 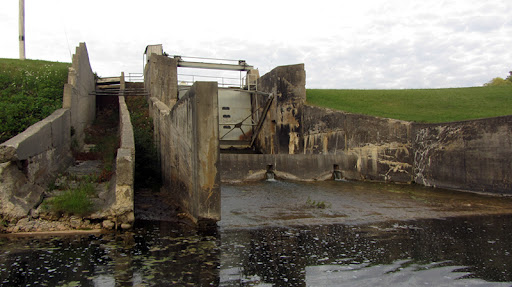 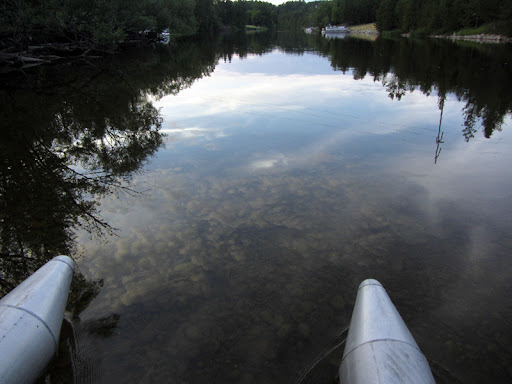 On my way home I stopped to check out a few things in the area of the northeastern Mitten on my own, since I rarely get out this way. One was the ruins of the Cheboygan (Old) Main Lighthouse, which would involve a mile and a half hike along the shore of Lake Huron. It sat only a mile east of the Cheboygan River's mouth.

I knew once I could see the Fourteen Foot Shoal Light again, and the Mackinac Bridge in the distance, I must be getting close, so I dove back into the woods again. If I were going to build a light to mark this area of the lake, this is right about where I would put it.

Sure enough, I quickly located a trail that almost immediately led me to the stone ruins: 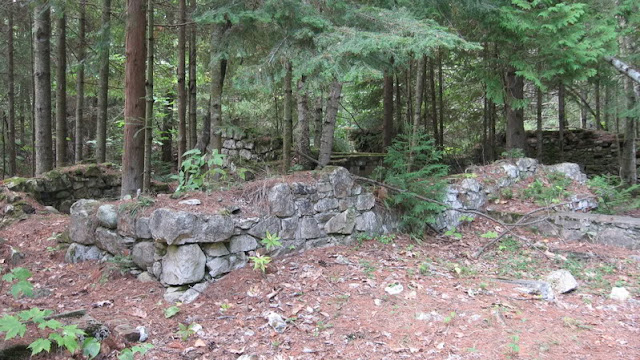 Being that they're now part of a state park, they are kept maintained somewhat. Which is cool, because they're among the older ruins in Michigan; this station was originally built in 1851, and rebuilt in 1859. 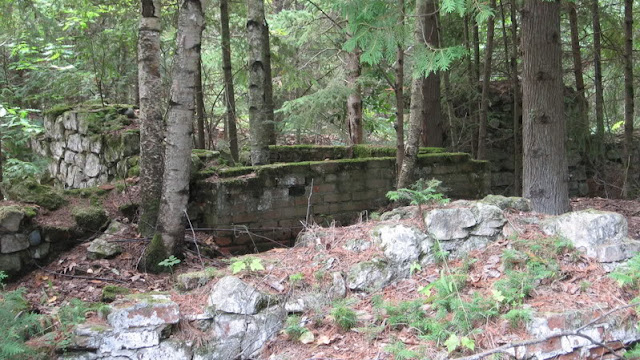 The ruins sit on an arm of land that encloses Duncan Bay, once the site of Duncan City, a legendary Michigan lumber town of old. The nearby Fourteen Foot Shoal was not marked by a lighthouse until 1925, so in the old days of sails and steam power (and limited appropriations from Congress), this was the only place of convenience to mark not only the local hazards and the entrance to Duncan Bay, but it also signified the turning point for mariners heading into the Straits of Mackinac from Lake Huron. Essentially this point was where the choice was made to either sail north of Bois Blanc Island, or south of it. 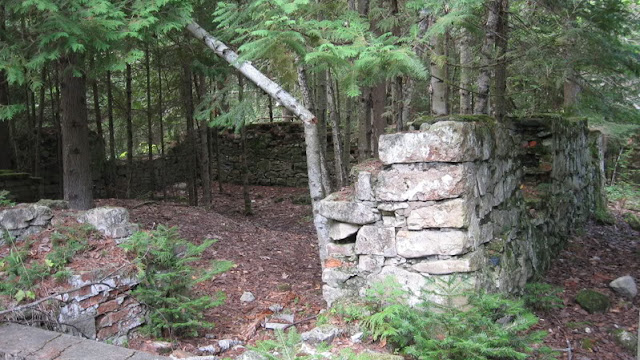 According to the Great Lakes Lighthouses Encyclopedia, the initial structure was a round tower made of brick on a stone foundation, which stood 40 feet high and was equipped with one of the first Fresnel lenses ever installed in the Great Lakes (a fifth-order, made by Louis Sautter of Paris, France). There was an attached brick dwelling for the lightkeepers. 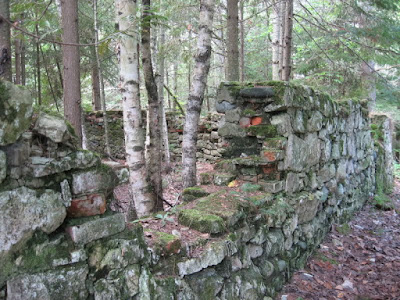 A mere eight years after this lighthouse was erected however, that station was already endangered by the undermining wave action of the lake, so the Lighthouse Board decided to demolish it and rebuild it on safer ground further inland. According to LighthouseFriends, rubble from the original 1851 structures was used to stabilize the beach when the mighty lake again attempted to wash away the new station. 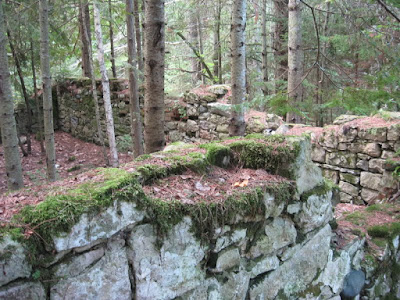 The Cheboygan Main Light burned with a fixed white light varied by a white flash every 90 seconds, rated as visible up to 12 miles, but apparently it was still much too dim and the tower much to short to render the needed visibility, as the keepers kept applying for upgrades to that effect before finally giving up in 1882. A fog signal was added in 1889. 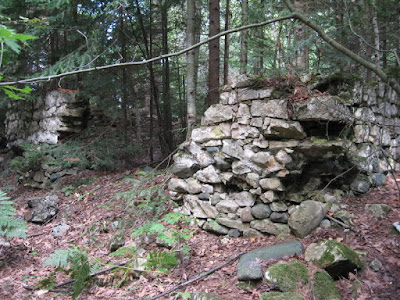 The town of Duncan City had a lumbermill and was also a refueling stop for steamships. With a population of 500 it was once the Cheboygan County seat, but when the Cheboygan River was dredged deeper Duncan City began to lose shipping business to the neighboring town of Cheboygan itself.

Another interesting dynamic is that, as TerryPepper relates, the teetotaling owner of the Duncan Mill forbade saloons from being built in his company town. As a result Cheboygan was blessed with no less than 42 such establishments. After the Duncan City lumbermill burned down in 1898, the town was abandoned and became a ghost town, as everyone moved to Cheboygan instead. 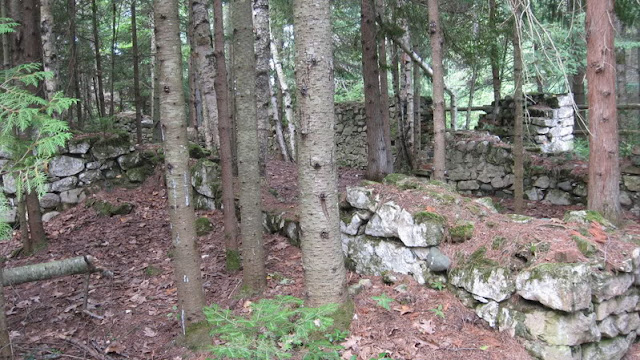 The fate of the Cheboygan Main Light was essentially the same; when the Fourteen Foot Shoal Light was lit, this lighthouse was decommissioned and abandoned by 1930. Vandals and time took their usual course, and the buildings were torn down by the 1940s. Supposedly nothing remains of Duncan City itself today either, as the ruins of the old mill were cleared away and the area rebuilt as a marina community in recent years. 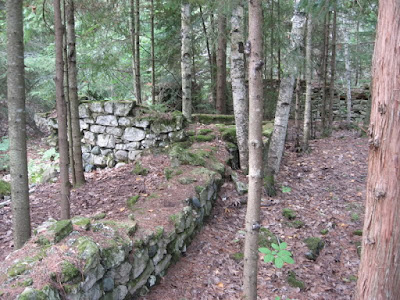 On my way home, I also made a slow pass though the city of Alpena, where I noticed this peculiar vacant-looking building: 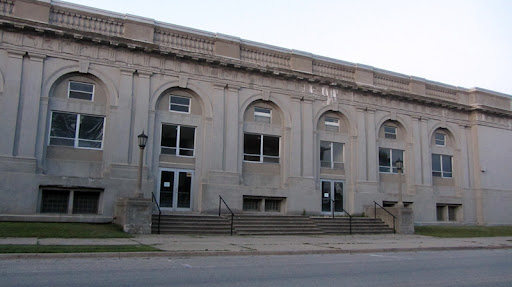 I guess it is used for laser-tag leagues now…? The concrete construction is an Alpena hallmark…everything from Rogers City to Alpena is nothing but vast limestone quarries and cement production facilities; it is one of Michigan's biggest exports, and this is where most of it comes from. Alpena also still contains some examples of a unique sort of concrete masonry house.

Here is the mouth of the Thunder Bay River, and the Alpena Light: 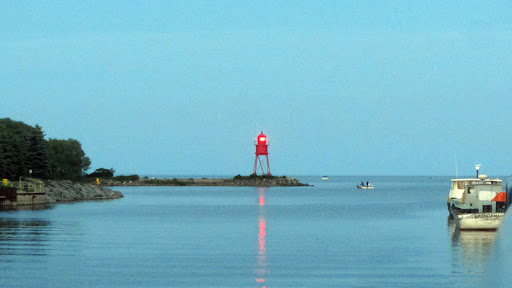