The Atwater district was up until recently an industrial wasteland from the turn of the century that pretty much still remained locked in that time period. Old freight rails that hadn't been used in at least four decades appeared under the holes worn through the threadbare street here and there, intersecting it or dead-ending at the wall of a newer building, or for no reason at all. It is among the oldest industrial areas of the city. 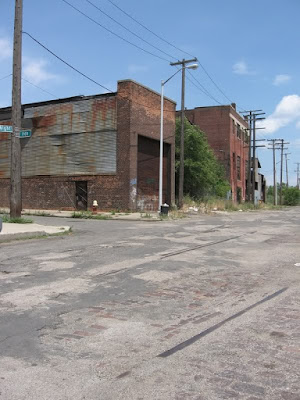 The Detroit Gray Iron Foundry, found along Iron Street (iron-ically enough), is in quite the state of decrepitude. Inside, it seemed by what was left that it had lately been a scrap depot or metal reclamation yard of sorts. Inside were several abandoned utility trucks and even a fire engine. 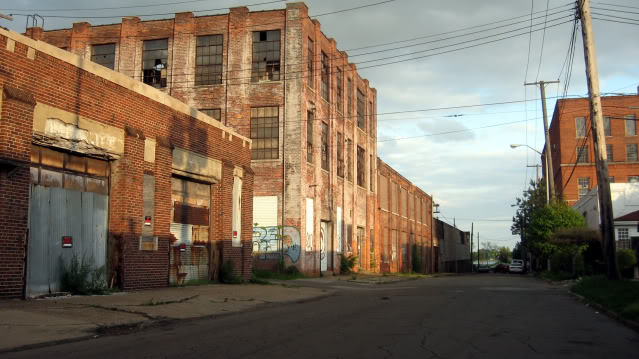 According to Clarence Burton's History of Wayne County, Vol. V, the Detroit Gray Iron Foundry Co. was founded here in 1916, and grew to employ 300 men by 1930 in the manufacture of jigs, fixtures, dies, and castings up to 40 tons—"the largest produced in this part of the country."

During World War I the plant's production was wholly given over to production of U.S. military aircraft work. The founder and president of the company was Hugh Martin, and he employed a staff of trained metallurgists in order to ensure the precision of the finished product. 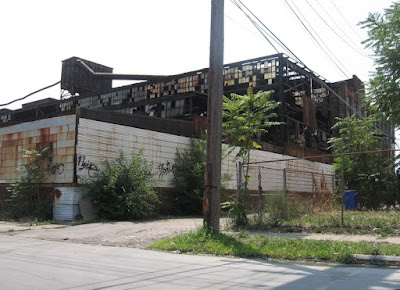 Burton also wrote that Martin got his start at the American Car & Foundry Co. where he worked for eight years, making his way through the various departments of the firm. He then became traffic manager for Lozier Motors for two years before an even briefer stint with Tivoli Brewing Co., after which he started this foundry in 1916. Mr. Martin formed a second company in 1929, the Detroit Alloy Steel Co., which was likewise housed in this industrial complex. 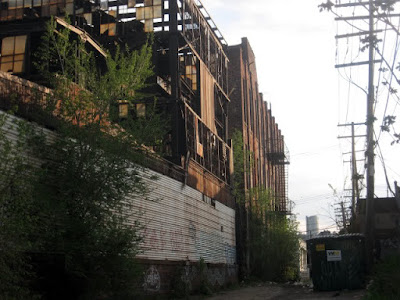 Martin was also a member of the Detroit Players Club, the Detroit Yacht Club, and the Detroit Athletic Club, Burton notes, indicating he was something of a socialite. He was on the Detroit Board of Commerce, and a member of St. Paul's Episcopal Cathedral. 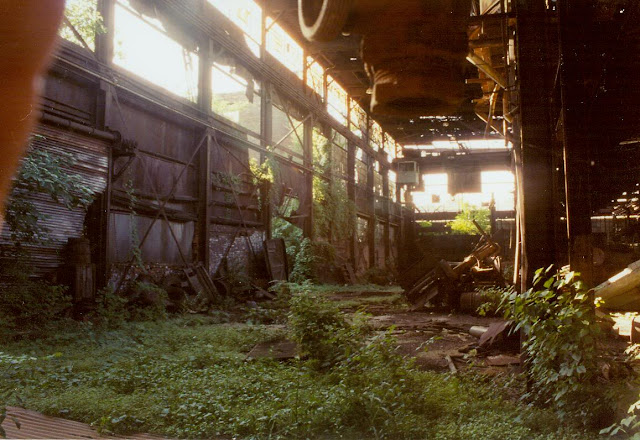 The foundry's main business when Burton was writing in 1930 was the making of gray-iron, semi-steel, and alloyed iron castings for sheet metal drawing dies used for stamping the car bodies of the automobile industry, and Detroit Gray Iron developed a method for molding these dies accurately up to 20 tons in mass. This degree of accuracy allowed companies such as Fisher Body, Briggs Body, and Murray Body to realize a significant savings in preparing the dies for use in stamping sheet metal. 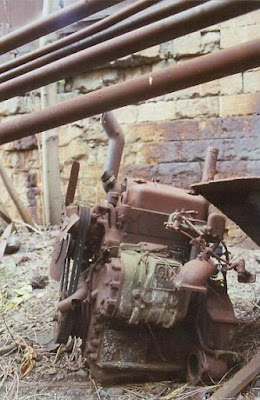 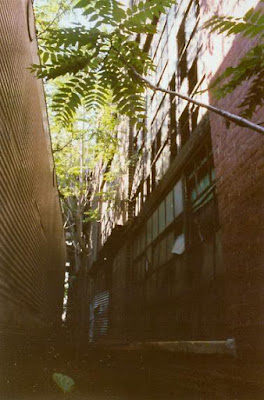 There was one of those gigantic electromagnets attached to a crane, positioned over an alley full of semi-trailers and crushed cars–one of them a '68 'Cuda. Unfortunately the dense jungle growth made photos nearly impossible. Greenery had exploded so ferociously into this sooty little industrial niche that it was almost like wading through the rainforest. 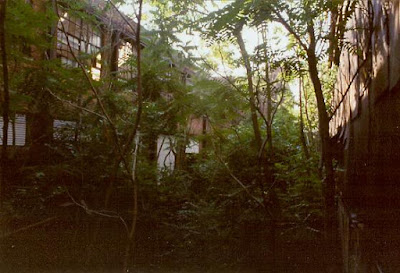 The two addresses I have seen referring to this plant are 6403 Wight Street, and 282 Iron Street. An old trade journal called the Iron Age said that an addition was added to the foundry here in 1932, by architects Mildner & Eisen, whose offices were in the Hammond Building downtown. It was merely one of at least six or seven such additions that were cobbled onto this complex since 1916.

The foundry covers two acres and is situated in an area that once was the center of Detroit's 19th century stove-making and ship-building industries; it sits across the street from a building that was last inhabited by Warnock Spring Co., but was originally built by a stove-maker. Later, the Uniroyal Tire Co.'s massive plant occupied the now blank expanse across Meldrum Street all the way to the Belle Isle Bridge.

Here are some nifty old company ads found in The Michiganensian from the late 1920s: 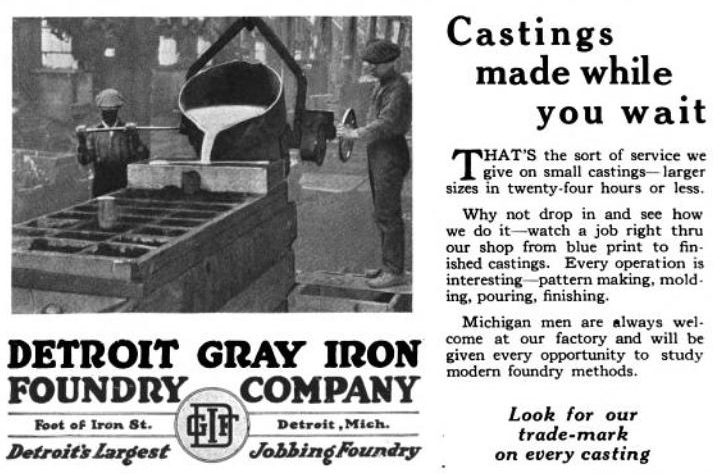 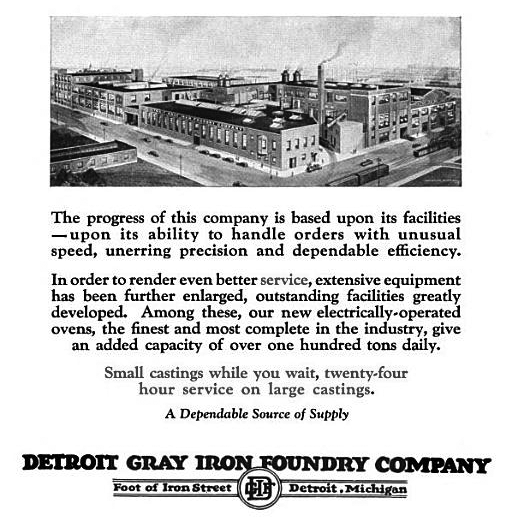 At time of writing, this foundry is currently being demolished.