Montcalm County is in one of those sort of doldrum areas of central Michigan, with no major cities within its borders. It is a mix of rolling farmland and forests, lying between Mount Pleasant, Grand Rapids, and Lansing. In the southeastern corner of the county, within Bloomer Township lies a small, vanishing settlement that was once known as Butternut. I knew of an old abandoned elevator next to a former railroad grade there that might be worth checking out. 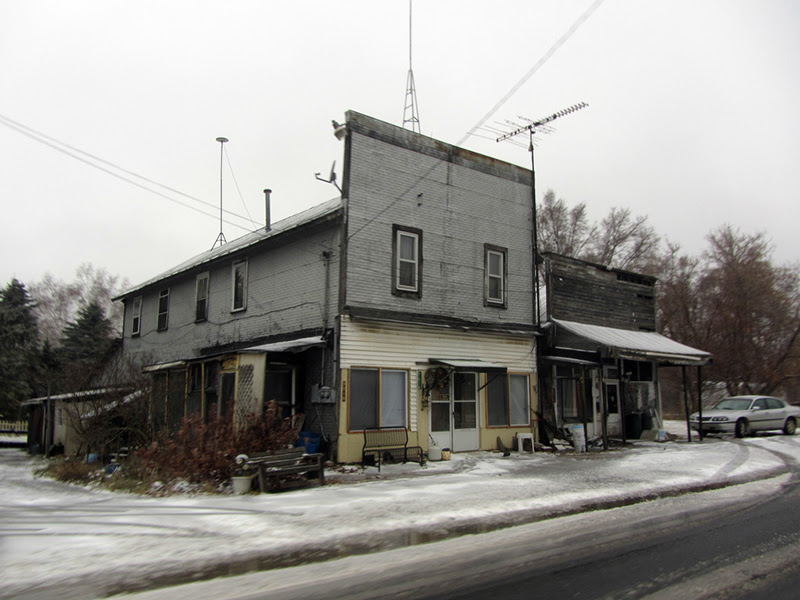 Named for General Louis Joseph de Montcalm-Grozon, a Frenchman who died defending Quebec from the British in 1759, Montcalm County was set off in 1831 and organized in 1835. David M. Brown's Michigan County Atlas says that aboriginal settlements have been found along the Flat River that supposedly date to 8000 BC, and it was a favored place of the later Anishinaabe tribes until ceded by treaty in 1836. The first European settlers did not arrive until about 1837.

Montcalm County was also the primary area where the Scotford Relics were "found" in the 1890s. 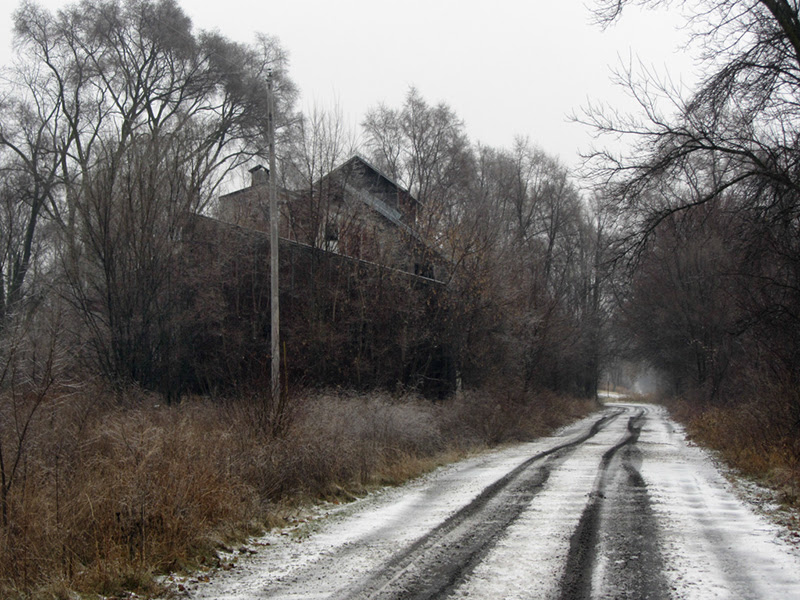 David M. Brown says that Butternut was named because of the fact that there was a butternut cheese factory here in the late 19th century. It had a functioning post office from 1888 to 1955, but after that Butternut slowly dwindled away--it was another town that lived and died by the ebb and flow of the railroad industry. The railroad did not reach Montcalm County until the 1860s and 1870s. The logging runs began in 1866, and by 1890 the county had been logged out. Brown says that there was a large influx of Danes in the 1880s who converted the cutover stumpland into farm fields. Montcalm County was the largest cucumber producer in the U.S. in the 1980s when Brown was writing, and was responsible for a large chunk of Michigan's potato and dry bean yield. Oil and natural gas are still big business here.

A post on geocaching.com details the history of Butternut and includes a few good historic photos. The construction of the Toledo, Saginaw, & Muskegon Railroad reached Butternut on its way to Muskegon in autumn of 1887, officially putting the village on the map with its own passenger depot. I can't pinpoint exactly when this particular grain elevator was built, but it was around the turn of the century. 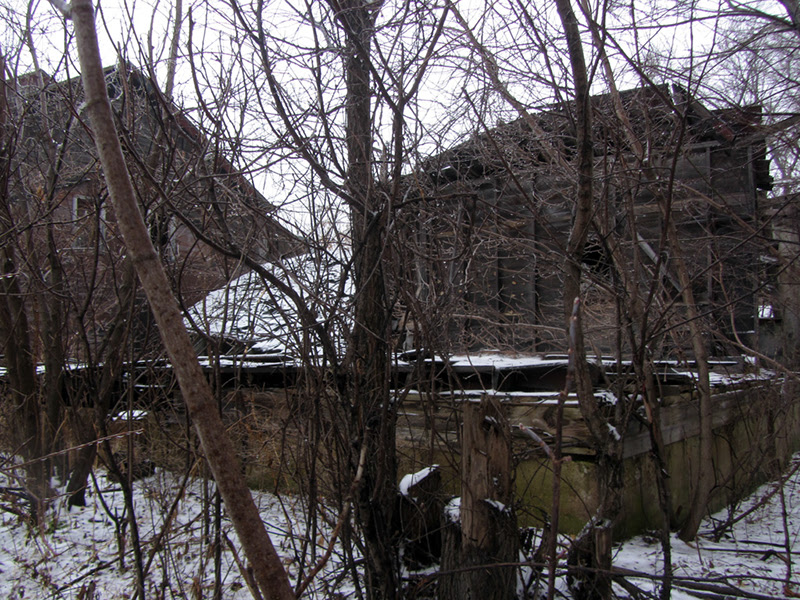 The Michigan State Gazetteer and Business Directory for 1897 lists Butternut as having a population of 275, and the several businesses then operating in town included a blacksmith, a grocer and druggist, a sawmill, a livestock herder, the aforementioned cheese maker, a general store, a hardware (whose proprietor was also the local justice of the peace), a watch repairer, and a hotel. It does not however list an elevator or grain company at that time. 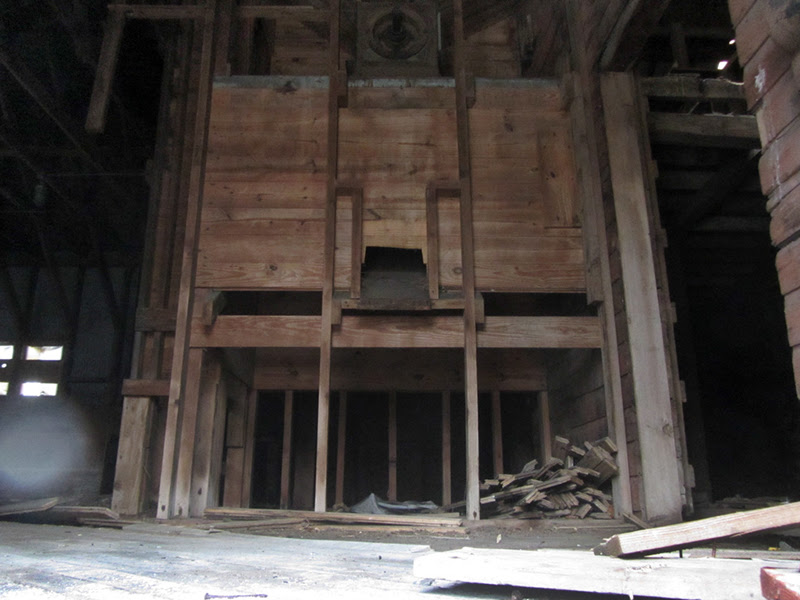 The entry on geocaching.com says that by the start of the 20th century there was also a bank, a Congregational church, and a grain elevator, and that the population was down to 250 people. In 1912 the railroad depot was moved to the south side of the tracks, and a newer, larger one built in its place. 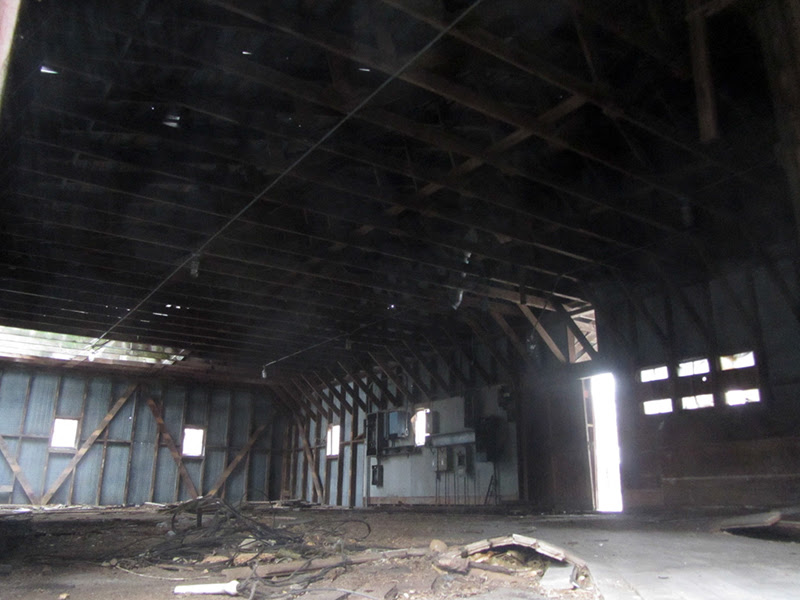 A 1917 issue of the Grain and Feed Review shows that the Butternut Elevator Co. was recently incorporated, succeeding the Banton & Kerr company, who I assume to have built this structure some years prior. The Twenty-Sixth Annual Report of the Agricultural Experiment Station from Michigan State University reports taking samples from a "Butternut Bean & Grain Co." between 1912 and 1913; I assume that it too is referring to this same structure. 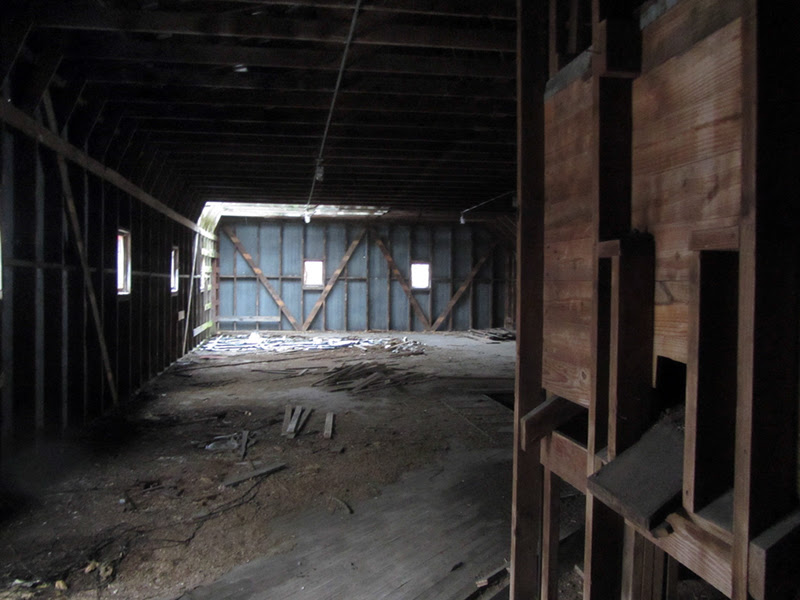 The Michigan Department of Labor reported by 1920 that the Butternut Elevator Co. dealt in grain, beans, hay, and seeds, and employed two males and seven females, all above 16 years of age. 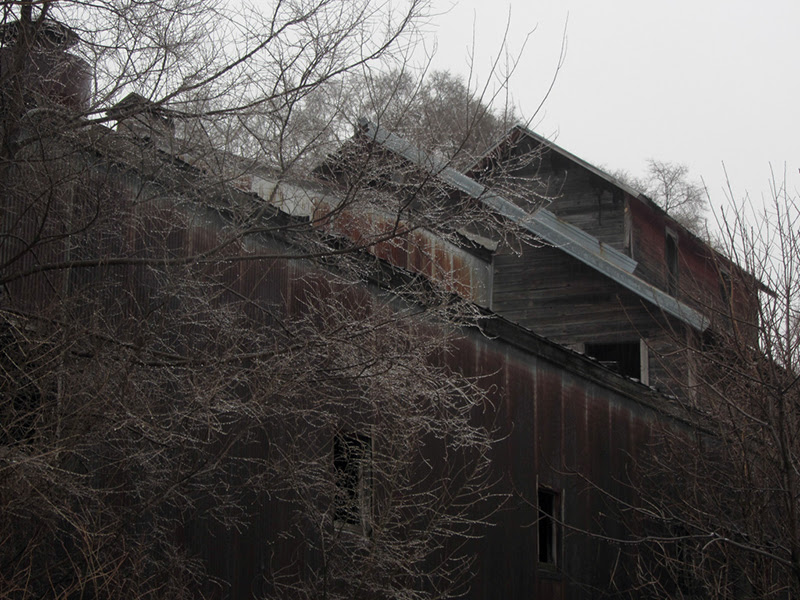 The TS&MRR eventually became part of the Grand Trunk Western system, but by the end of 1955 rail service over this branch was all but discontinued; the post office closed, and the town began to shrink. The last train rode over this section of the line in 1983, and the rails were eventually ripped up. Nonetheless, there are still many residents left in Butternut today.