When the Levee Breaks

In northern Macomb County sits a c.1847 gristmill called Wolcott Mill. It is nestled inside of a 2,400-acre Huron-Clinton Metropark nature preserve, and the old mill and farm buildings have been preserved as an interpretive center, which is on the National Register of Historic Places. But further upriver into the beautiful preserve are the ruins of what look to be a much bigger and more recent dam. 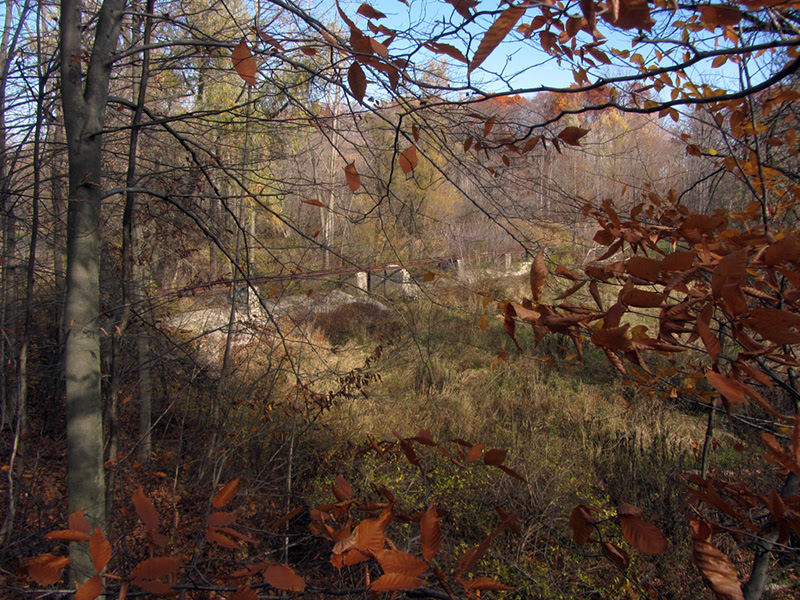 According to an interpretive map of the park, this dam was for impounding water to drive the mill's waterwheel, but it washed out in 1972 during a heavy rainfall. By the map I can see that there was originally a much smaller mill pond immediately west of the mill, as opposed to this dam which sits at least a quarter-mile away. 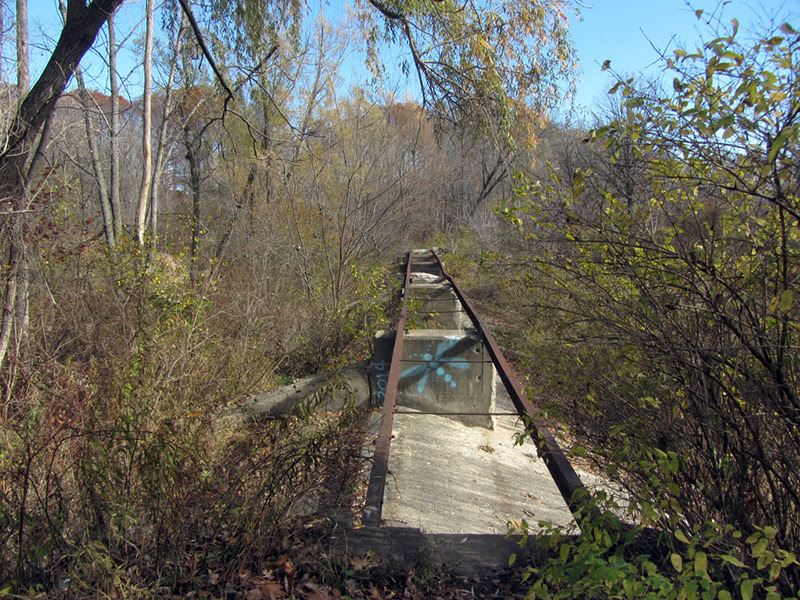 I climbed down into the former tailrace to journey to the other side. 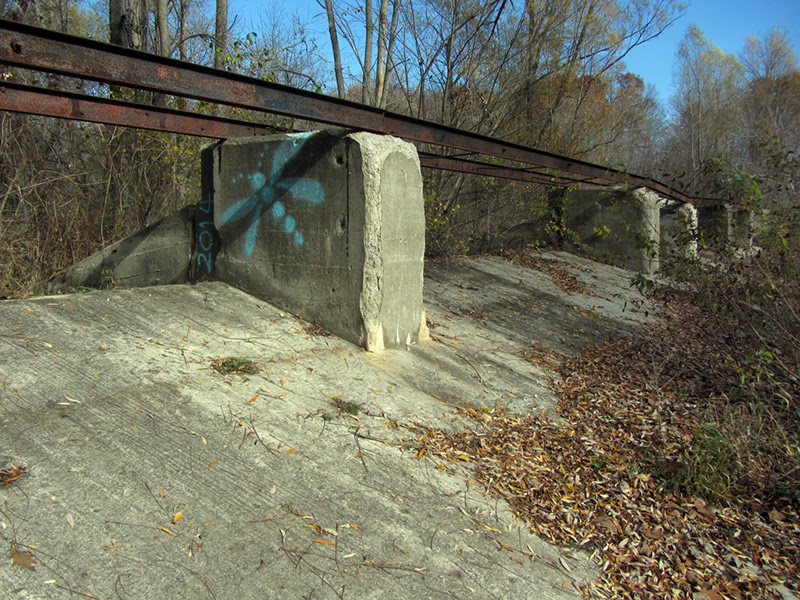 Kathryn Bishop Eckert writes in her book Buildings of Michigan that the Wolcott Mill was electrified by Detroit Edison in 1948, and two turbines were installed in a pit under the mill floor. 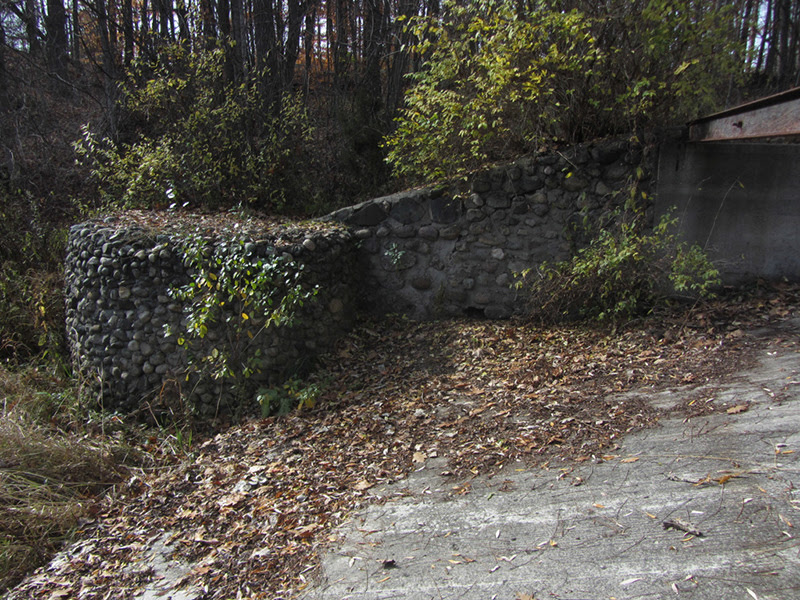 Finding info on the Wolcott Mill itself wasn't hard, but I can't seem to find much about this old dam specifically. If I had to guess though, I would say that it was built between 1900 and 1935. These cobblestone piers just scream WPA-era construction. 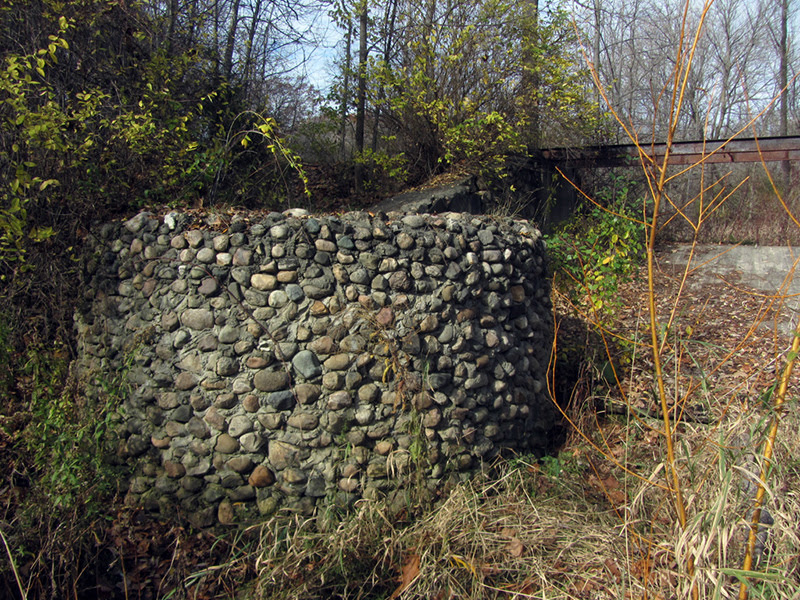 The Historic American Engineering Record does not mention this dam either. 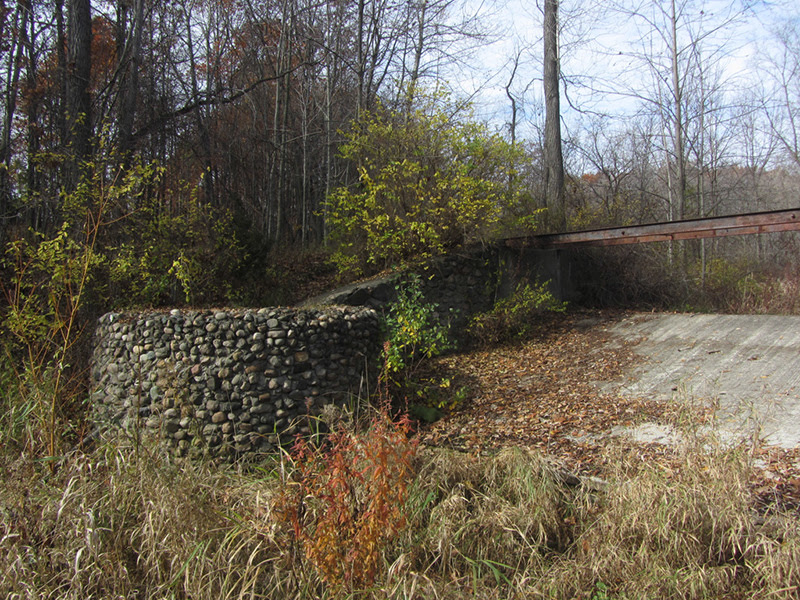 Eckert goes on to say that the Wolcott Mill was originally founded by Arad and Benjamin Freeman, who built a mill on that spot in 1824. It was not acquired by the Wolcotts until 1878, who ran it until 1967. So I wonder if part of the Wolcott Mill's foundation dates back to the 1820s? 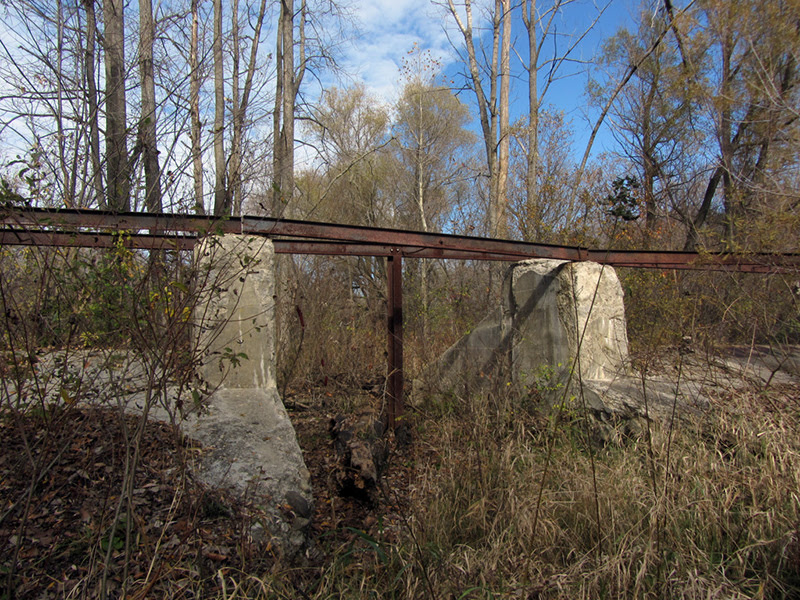 There are other mills in Michigan under the Wolcott name; apparently they had quite the enterprise. This particular site was also called the Ray Center Mill at one time. 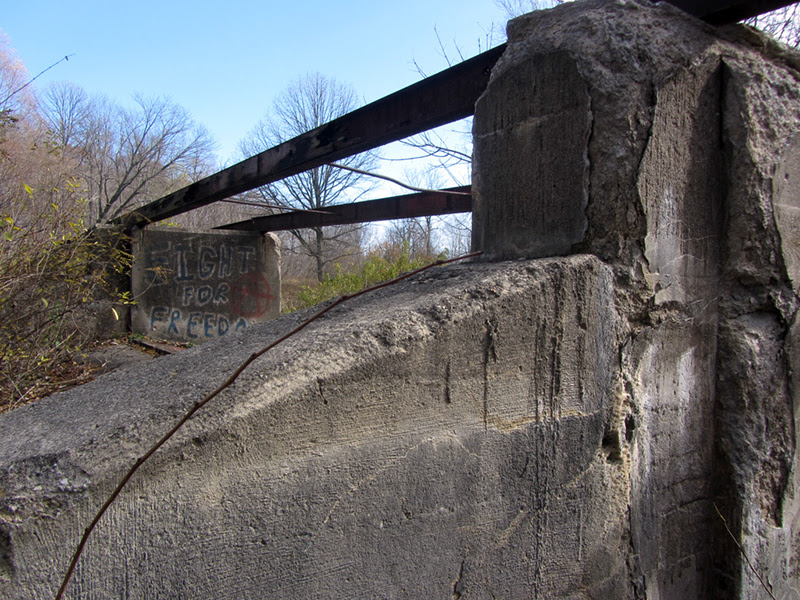 By the level of overgrowth I'd say that it's a sure bet this dam has been out of operation since at least 1972. 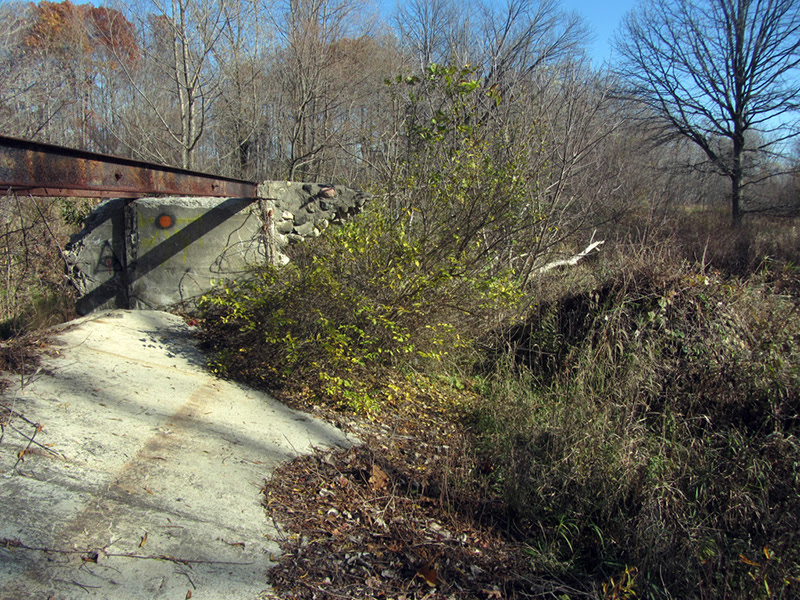 The waters of the creek now flow around the north side of this massive structure. The cobblestone pier on that side was covered in poison ivy: 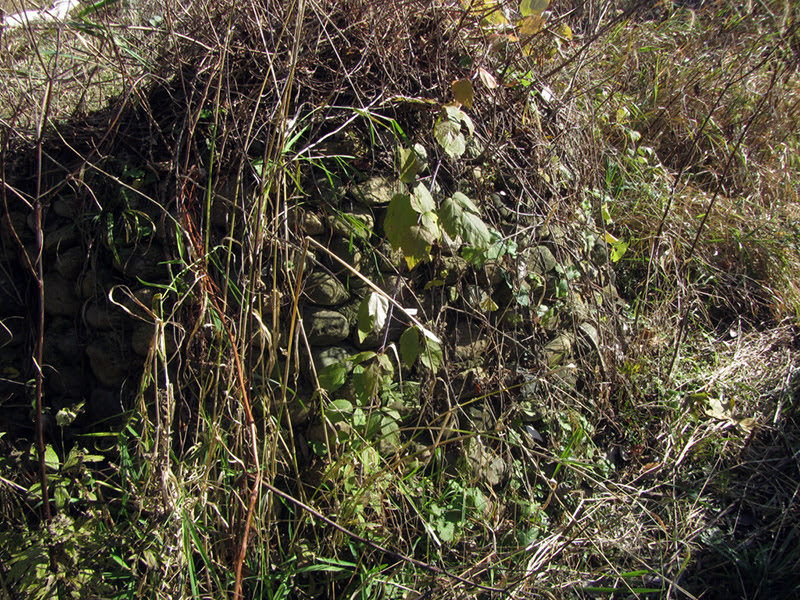 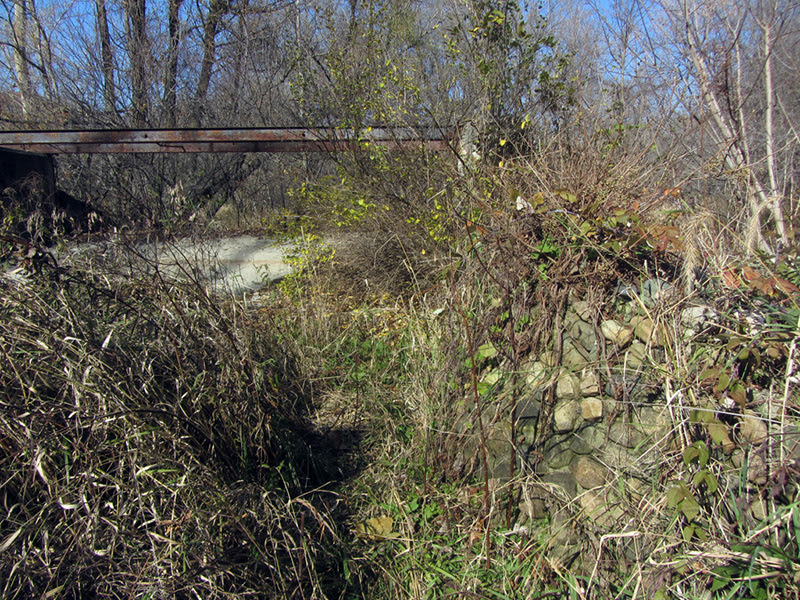 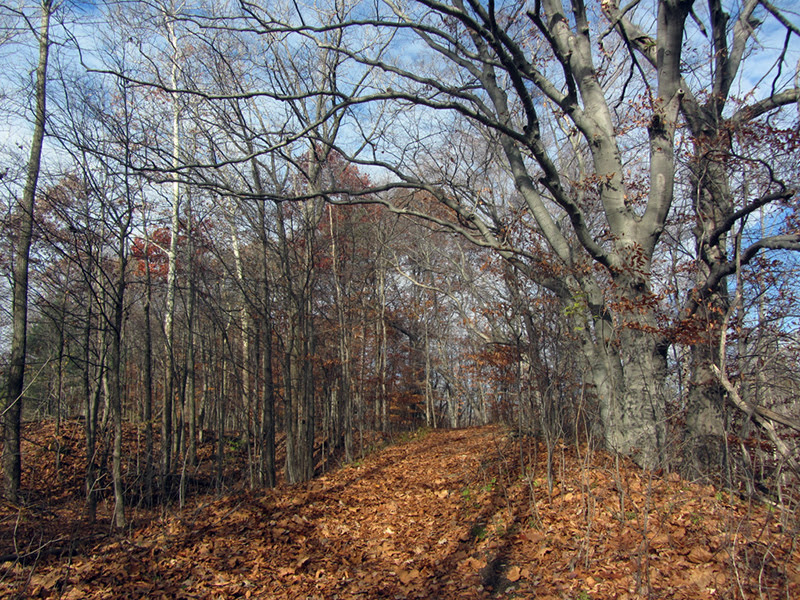 Hiking further upriver I found the wreckage of some old truck that had once fallen into the former reservoir. 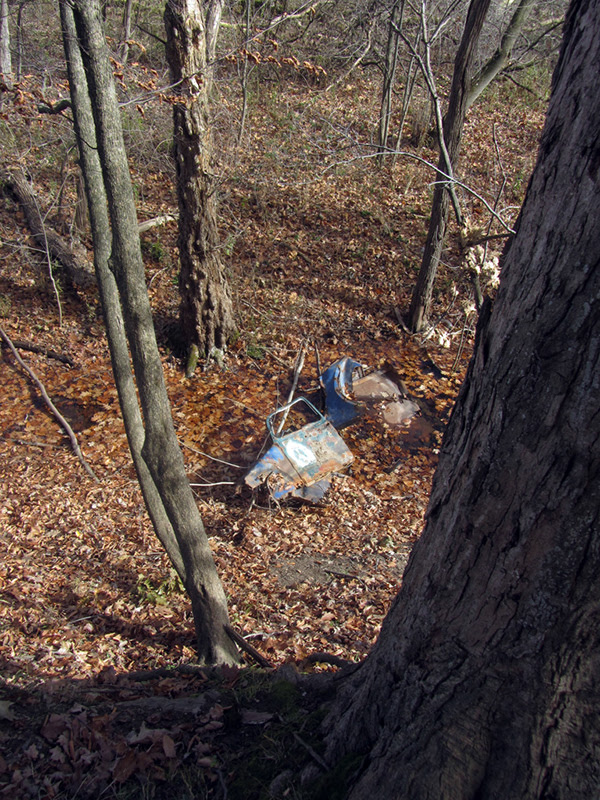 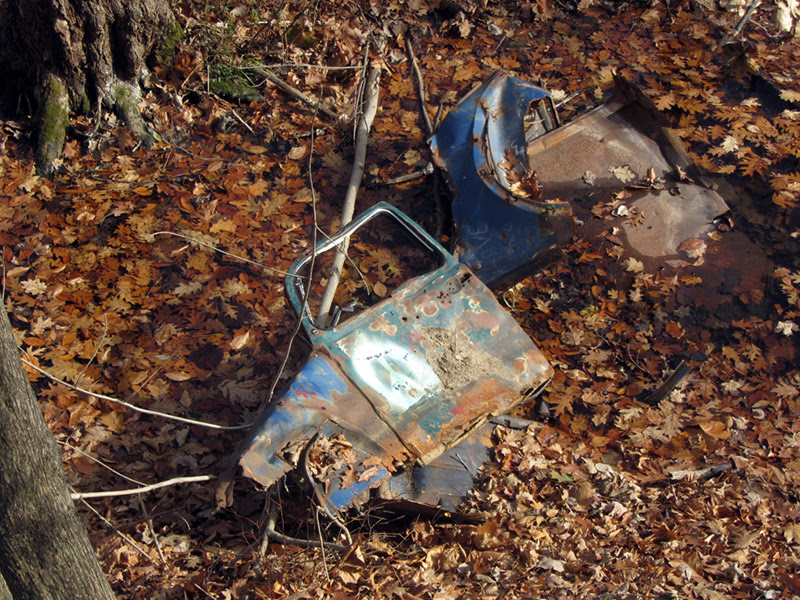 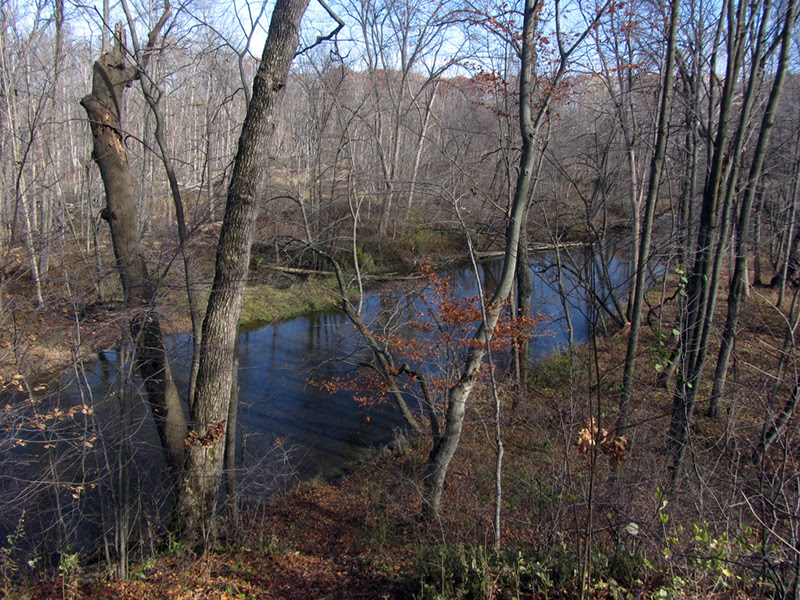