End of the Line

The ghost town of Mandan was a place in the Keweenaw Copper Country that I never made much of a point to stop and see for many years, since I understood it to be a cliché / touristy spot on the side of the highway, which only really consisted of one abandoned house anyway. Even the popular Moon brand of travel guide books for Michigan mentions Mandan, featuring it under a section about ghost towns that you can visit in the state. Sure, it was a cool looking house, but how many photos of that one house does there really need to be? So, I never stopped. 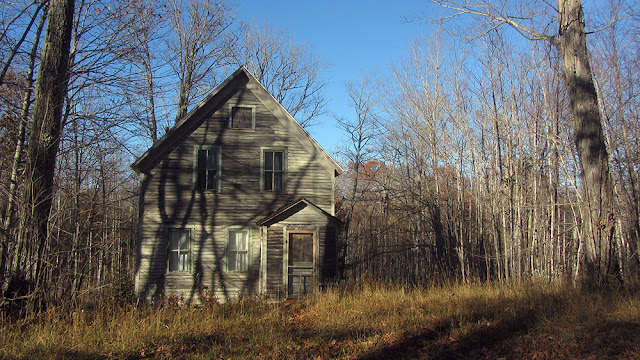 But recently I finally gave in to curiosity, and on a whim swerved my truck off the road when I saw the sign for Mandan, just to see it for myself. There's actually a few occupied houses back here besides this famous one, owned by cottagers apparently. I also noticed a few concrete foundations of other lost structures along the now forested former streets of the village.

According to author Virgil J. Vogel, the name "Mandan" comes from Mawatadan, an Indian tribe that dwelt in North Dakota. 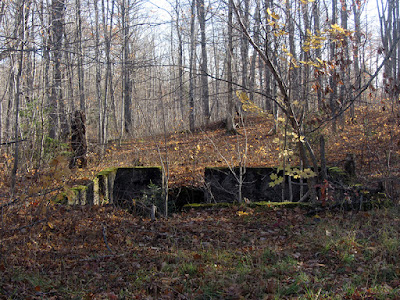 The original Mandan Mine was organized in 1863 according to historian Lawrence Molloy, but the town itself was actually situated slightly closer to the Medora Mine if I recall correctly. The very narrow yet very rich vein of copper at the site was ensconced between deposits of sand, and because it proved too difficult to extract profitably the Mandan was forced to close by 1868, Molloy said.

But in 1905 Mandan was bought up and consolidated with the Medora Mine, under the Keweenaw Copper Co. An entry on mindat.org says that a second shaft was sunk at Mandan in 1907 in hopes of better output, but that idea was kaput by 1909. Today there is very little surface evidence left of the mine itself. 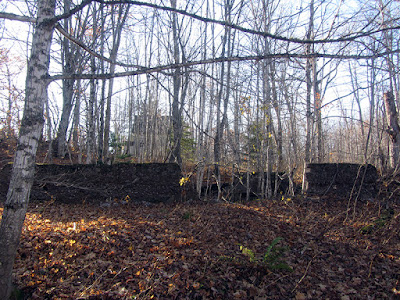 Mandan's railroad depot kept the town on the map, however; it was the last stop of the Keweenaw Central Railroad in this wilderness, and included a telegraph office. In other words, it was the only link to the rest of the civilized world for the miners who lived in the lonely, outermost extremity of the Keweenaw Peninsula (other than what few ships came and went from Copper Harbor, Michigan's northernmost settlement). 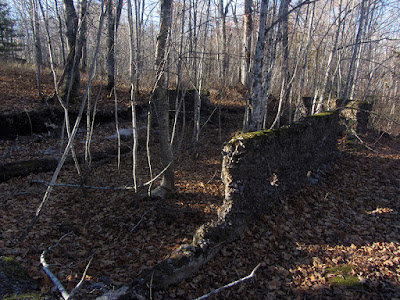 An old entry on exploringthenorth.com has long been the most popular source of online information about Mandan; it was written using info from the book All About Michigan, by Clarence J. Monette. Mandan's post office operated from 1908 until 1931 it said, illustrating that the town itself was able to prosper independently of the actual mine from which it derived its name. 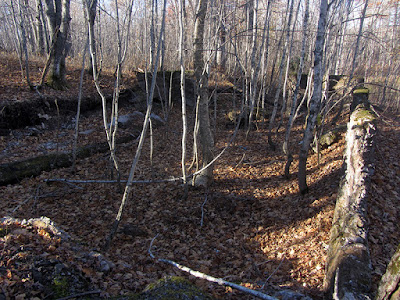 Once the Mandan Mine closed, the miners were able to easily find work at the Ojibwe Mine and Cliff Mine nearby, without having to move from Mandan. A peak of about 300 people lived here, in 25 homes and two boarding houses, all built by the company. There was a school built in 1907 as well as a general store in 1908, but out of all this only a total of four houses remain standing today. It was the loss of the railroad service in 1931 that finally did Mandan in. 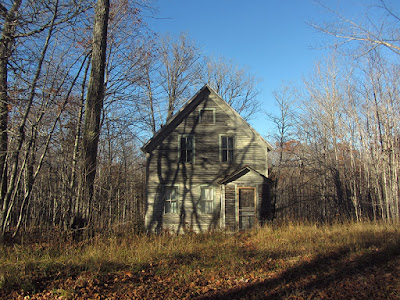 And there you have it; the most photographed house in the Copper Country.