This is the St. Thomas Lutheran Church at 8690 Chapin Street, just behind the now-demolished Mark Twain Branch Library, which I explored in an older post. 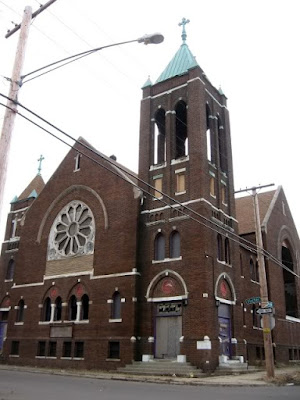 According to research done by local architecture guru Benjamin Gravel, this church was designed by the firm of Kohner & Seeler. Kohner & Seeler show up in Google hits as having been headquartered in Suite 1402 of the Kresge (Kales) Building downtown, and they did work on the Grande Theatre which used to stand at 8024 W. Jefferson Avenue. 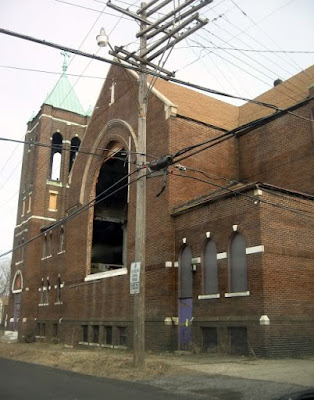 As I recall, around 2012 a guy named "Pastor Mike" and some followers were trying to fix up this church and use it again, and they were putting out a call for volunteers, but I can't seem to turn up anything online right now regarding the status of that project. 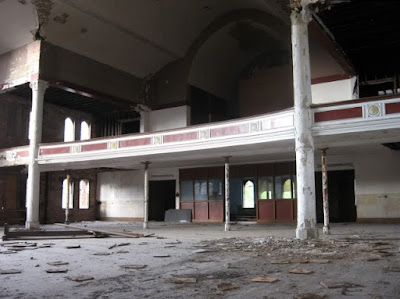 The original congregation moved to 23801 Kelly Road in the suburb of East Detroit (which is now called Eastpointe, so as to shed any potential misconceptions that it is part of the dreaded Detroit).

According to the history page on their own website, stl-eastpointe.org, St. Thomas Church was first built here in 1908, with 15 members. In 1921 the original building was torn down in favor of this newer, larger edifice. A parochial school had been built next-door in 1911, but it was demolished decades ago. 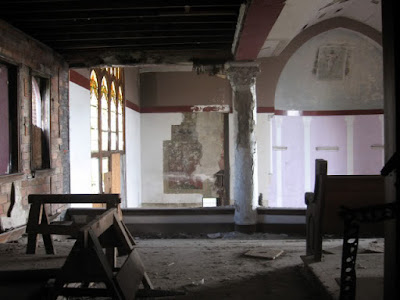 You may remember when I wrote about St. Petri Evangelical Lutheran Church in an older post. "Due to the changing environment of the location and the migration of members to outlying districts," St. Thomas's website says, "a merger was consummated" in 1945 that united St. Thomas and St. Petri. That was also when the Universal Hagar Spiritual Church Association (UHSA) moved from Black Bottom into the former St. Petri church at 2281 Pierce Street. 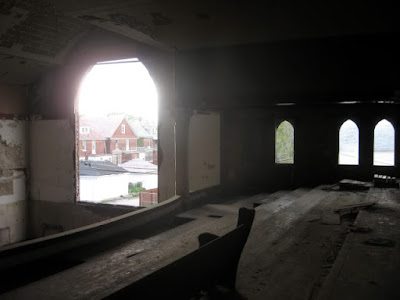 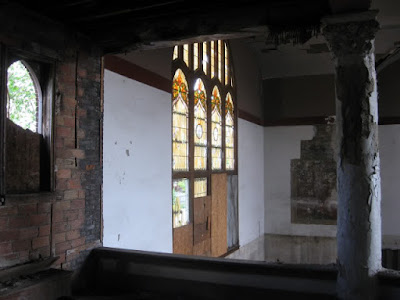 At least some of the original windows were spared: 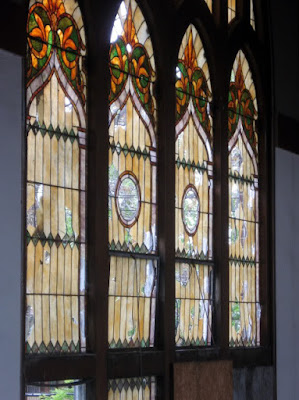 St. Thomas Church's membership levels had peaked in the 1930s, but by 1959 they were already moving to Eastpointe as "white flight" drained the urban neighborhoods of Detroit. According to their website however, they still held services in both locations—23801 Kelly Road, and 8690 Chapin—which I find a little extraordinary. They did this for a full ten years, before finally giving up on the Detroit location and selling it off in 1968. I wonder if The Riots had anything to do with that decision. 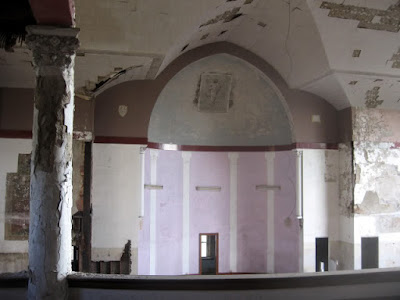 There is also a St. Thomas Lutheran Church on Grosse Ile, but it doesn't seem directly related to this one. If I'm not mistaken there are also Episcopal and Catholic churches in Detroit bearing the name of St. Thomas as well. 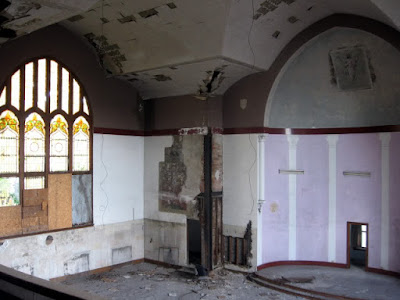 This sanctuary was occupied by other church groups after St. Thomas left, until about until the 2000s, at which time it was finally abandoned. 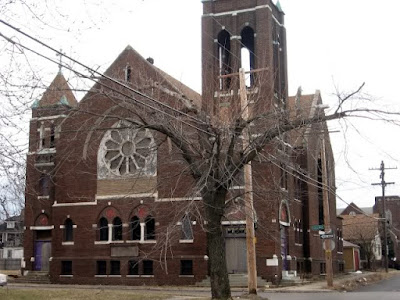 During my brief stint as a carpenter I did some renovation work replacing the windows in a house on Burns Street, just a block or two from this church. I took a couple snaps before work started: 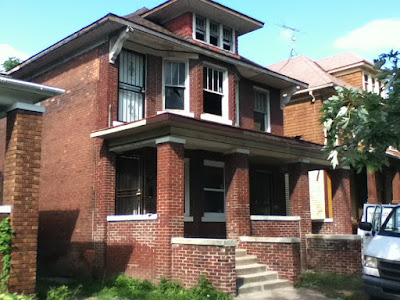 Sadly, we were tasked with replacing these original windows with some ill-fitting vinyl junk that look like crap compared to the old wooden ones, which merely needed a few panes replaced. They all ended up in the dumpster out front instead of being reclaimed, which was heartbreaking. But my boss at the time was a complete pill-head idiot who couldn't be reasoned with. We even had to sawzall the hell out of the original window jambs to make the new junk "fit." 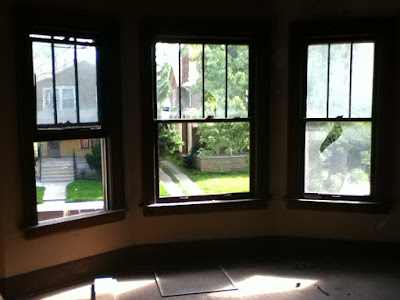 I still feel guilty about that, but I suppose at least the house got a second chance, hopefully with a landlord who isn't a total scumbag.