Just south of Detroit City Airport, at the corner of Erwin & Grinnell, sits the ruins of a plant I visited because it was on the c.2008 list of buildings slated for demolition under Kwame Kilpatrick's mayoral administration. As you can see along the roof edge, there is a little bit of architectural embellishment still to be seen on this building: 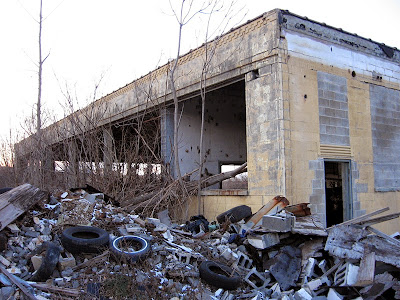 A page on detroityes.com seems to infer that the last occupant of this factory at 8611 Grinnell was Advance Pattern & Production, though I cannot find any other references offhand supporting this. The list cited a cost of demolition near $400,000 for this site.


A look at the Sanborn insurance map for this area however shows that the square building in the rear of the parcel as well as the smaller rectangular building fronting on Erwin Street belonged to the Michigan Chrome & Chemical Co., as the plant of their chemical division.

One door to the east was the plant of the Detroit Automotive Products Corp., which is still standing, and a lithography shop stood on the other side of Erwin. An updated version of this sheet (possibly 1941?) shows the larger building closer to Grinnell Avenue as being complete at that time, and also belonging to Michigan Chrome & Chemical Co. 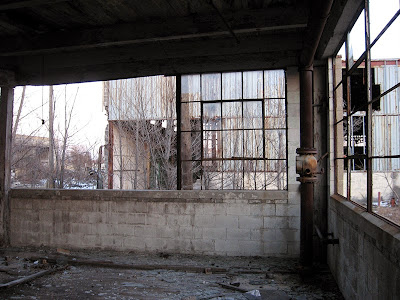 Other notable concerns further down Grinnell were R.P. Scherer Corp., manufacturers of gelatin products (those familiar with the sport of paintball will know their name), Peerless Pattern Works, LaSalle Screw Products, Continental Die Cast Corp., Wolverine Bolt Co., and the Minnesota Mining & Mfg. Co.'s sales department and warehouse. Grinnell Avenue was quite the light-industrial corridor at one time, and to an extent still is to this day. I have a feeling it was named after Ira Grinnell who owned a music store downtown, which I featured in an older post.

I also made a brief run into the Continental Die Cast Corp. plant the same day I checked out this place. Readers may recall that as the same day I nearly was devoured by a pack of wild dogs near the Hudson Motors Body Plant. 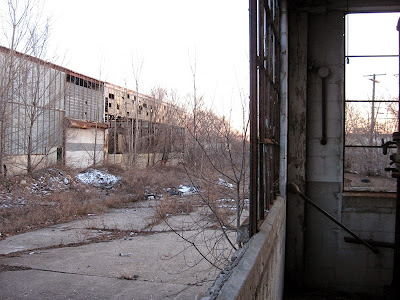 I'm not sure when Michigan Chrome & Chemical was founded, but it must have been in the 1920s or '30s. They have three patents listed on Google Patents as registered in the 1990s, for "Corrosion resistant coated articles and process for making same." The inventors attached to the patents were William J. Howard and William E. Emmons.

As it turns out Robert J. Huber, the president of Michigan Chrome & Chemical, went on to become a politician according to politicalgraveyard.com, serving as the mayor of Troy from 1959 to 1964, as a Michigan State Senator from 1965 to 1970, and as a U.S. Representative from 1973 to 1975. Huber ran for U.S. Senate later but was defeated. He was born in Highland Park, the son of the founder of the Ex-Cell-O Corp., and passed away in 2001. 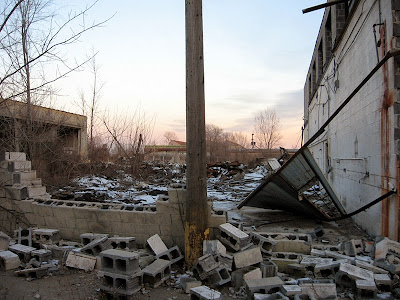 Of interest, one of Huber's conservative political moves was sponsoring an unsuccessful anti-busing amendment to the Michigan Constitution in 1969 when Detroit was in the beginnings of its federal desegregation court case, which I discussed in my recent post about Mackenzie High School.

I don't imagine that it made him many friends south of 8 Mile but it definitely gained him points in suburban Oakland County where he lived. He was however a Rotarian, and promoted children's causes, such as working with the St. Francis Boy's Home on Fenkell Avenue, according to a Free Press article. 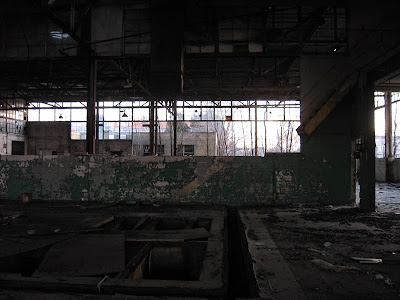 In 1993 Michigan Chrome & Chemical was involved in a lawsuit against the City of Detroit for the alleged unlawful taking of their property for the purposes of expanding the "Runway Protection Zone" around City Airport, just like happened to the Clayton & Lambert Mfg. Co. that I recently posted about. I guess the FAA rules about how much space buffer was needed around airports hadn't been written in 1920-whatever when the airport was built. 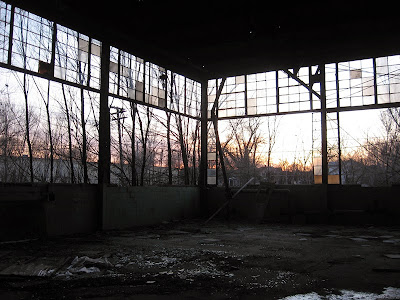 The airport itself has long struggled to hang onto life, and by many accounts is probably the dumpiest airport known in the free world--though I am reluctant to ascribe this economic fatigue solely to a lack of suitable buffer space for compliance with FAA guidelines. 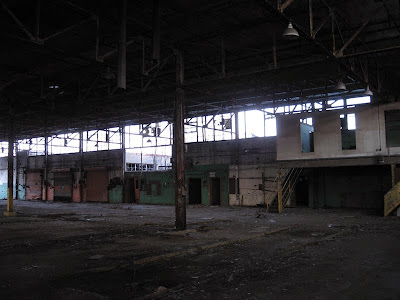 A c.1920 periodical called Automotive Industries shows that Advance Pattern & Production was incorporated in January 1920, for the manufacture, sale, and acquisition of machines, jigs, patterns, dies, foundry supplies and tools, with Frank J. Waldecker as president. A 1921 copy of Polk's Directory shows the company situated at 3024 W. Fort Street. A listing in The Detroiter from 1941 shows them operating on Temple Street. 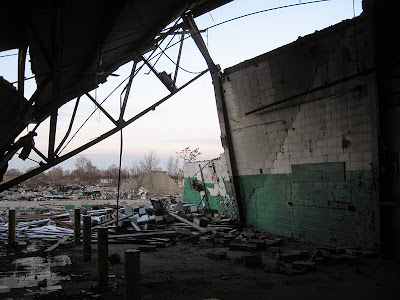 I have not been able to find out when Advance may have acquired this property, but I imagine it must have been after the 1993 lawsuit with Michigan Chrome & Chemical, even though the likelihood of that seems dubious at face value, seeing as both the owners and the city wanted the land bad enough to fight over it. 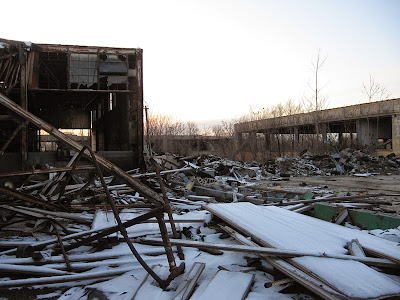 Since I don't have a decent view of the front of the plant, I swiped this one from StreetView:

As of July 2018, this site has been purchased by private investors and is being cleaned up.