After I got my blood pressure back down to a normal level from that episode with getting hunted down by a pack of feral dogs near the Hudson Motors body plant, I checked out a snazzy place nearby at 9616 Grinnell Avenue, the Continental Die Cast Corporation plant. Grinnell is another devastated light-industrial corridor with a lot of small factories with Art Moderne-style facades. This one was wide open, so I popped in for a minute. 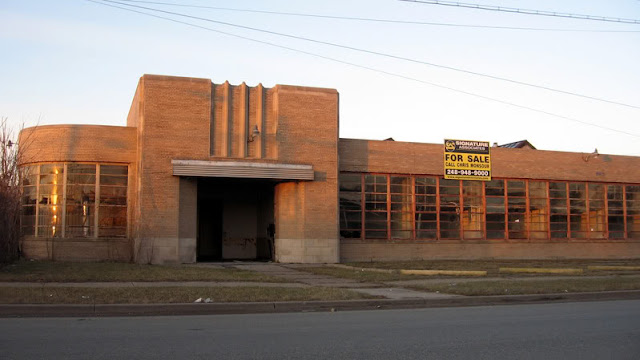 Continental Die Cast Corp. was one of the many light-manufacturers that once lined Grinnell Avenue, and they merged with F.L. Jacobs Co. in 1946, a company that made vending machines, auto parts, and appliances. I wrote about another Grinnell Avenue plant, the Michigan Chrome & Chemical Co. in a different post.

Continental Die Cast made parts for F.L. Jacobs it would seem. A lot of the time, many of the manufacturing processes that were involved in the automotive industry translated well into other fields, which I believe is what really made Detroit the industrial capital of America for so long. 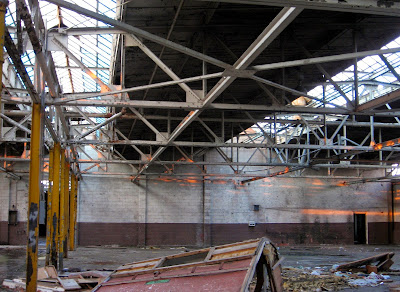 According to the biography My Forty Years With Ford, the Continental Die Cast Corp. was also a Ford Motor Co. supplier in the 1930s, and Clifford Sorenson, the only son of Charles Sorenson, was its president. You may remember my description of Mr. Sorenson from my recent post about his abandoned yacht, Helene, or the one about his former farmhouse in Rouge Park. Sorenson was the production boss at Ford Motor Co., and one of the most powerful, most feared men in Detroit.

The book notes that Clifford was given $20,000 on his 21st birthday, and that his father also assisted him in getting set up with his business ventures. The biographer goes on to say that in 1936 Clifford was described by the Detroit Times as "one of the most popular young men in Detroit's fashionable society," as well as one of the Motor City's "most eligible bachelors." The Times article also mentioned that when famous actress Jean Harlow came to town she "was seen often in Sorenson's company." Well, lah-dee-dah! 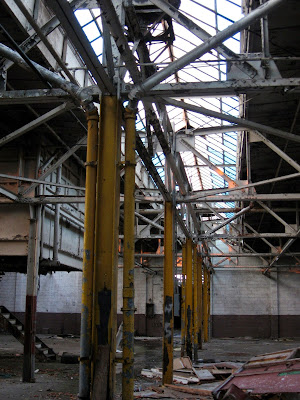 Clifford eventually married the secretary of Continental Die Cast, but he was seriously disfigured in an alcohol-related crash of his private airplane in the 1940s. He drank even more, was divorced, suffered liver trouble from his heavy drinking, and eventually ended up being supported by his father until he died at an early age (not unlike Edsel Ford, but for vastly different reasons). Undoubtedly the reason Clifford Sorenson's company ended up in financial distress and merging with F.L. Jacobs in 1946 was because he neglected it after his accident. 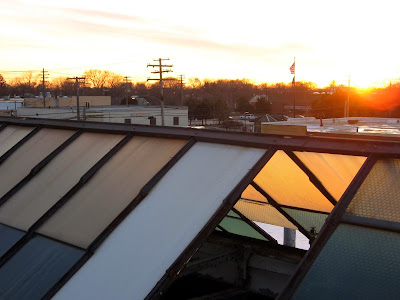 On my way back out of the building, I noticed that the pile of brown crunchy stuff I had just stepped in was a giant mound of dog food. There's only one reason why that would be there. It's an old trick, and probably the cheapest security measure available in the hood (the assumption is that by planting dog food, one can keep wild dogs around as a deterrent to trespassing).

Having had more than my fill of dog encounters for one day I just got the hell out of there, finally realizing on my way back to the car that those dried up frozen things I saw on the grass outside earlier were actually dog turds. To hell with all that mess! 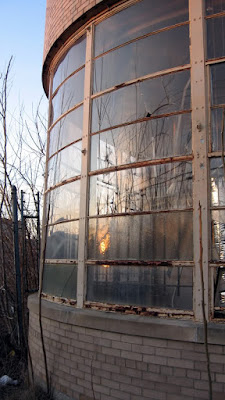 As of 2015, this building has been reoccupied by a towing company.