On the northern shores of Presque Isle County sits the 40 Mile Point Lighthouse, keeping watch over the fitful waters of Lake Huron. On the beach in front of the lighthouse is a large chunk of a wooden steamer that wrecked here on October 19th, 1905--a reminder that even despite mariners' best precautions and technological safeguards, the Great Lakes are still a place of deadly and unpredictable power today.

The steamer was the Joseph S. Fay. I visited one morning at dawn before anyone else got there to walk the beach for a glimpse of the old wooden hull. 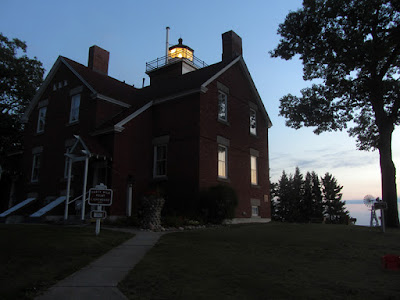 Named La Mer Douce, the "sweet" or "freshwater sea" by French voyageurs in the 1600s, Lake Huron is the second largest body of freshwater in the world, comprising 3,800 miles of shoreline and 30,000 islands. As of 2006, 1,200 known shipwrecks have been recorded, according to a State of Michigan historical marker nearby. This corner of Lake Huron is especially nasty during gales, and it is nicknamed the "Graveyard," or "Shipwreck Alley." This was also part of the reason that the Middle Island Lifesaving Station was built--I explored its ruins in an older post.

Twenty-six other wooden vessels were also lost at sea during the "Big Blow of 1905" besides the Joseph S. Fay. 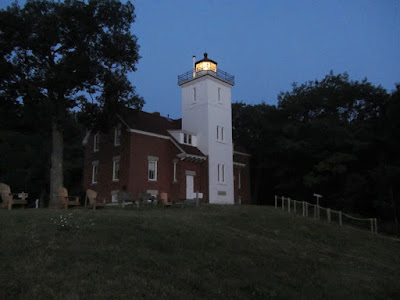 It looks like it has been covered in a little more sand lately, perhaps due to the fact that the lake levels are back up, and the waves are washing up on the ruin again. This is part of the Fay's starboard side. The Joseph S. Fay was a 216-foot steamer built in 1871, at the Quayle & Martin shipyard of Cleveland, Ohio. 40milepointlighthouse.org says that the Fay was "among the first of the Great Lakes freighters built for the iron ore trade," and she was paired with the schooner D.P. Rhodes for over 30 years.

You can see lines of iron bolts sticking up from the old wooden hull, rounded smooth from the lapping action of water and sand. It's amazing that this piece of 1871 is even still here to look at, considering all that it has been through. It has been sitting here for 110 years. 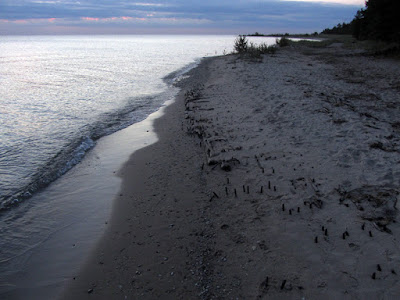 It was a dark and stormy night in October of 1905 when the Fay was headed downbound to Ashtabula with the Rhodes in tow, both ships fully loaded down with iron ore from Escanaba. October is the month when the Great Lakes cease to be a place of serene summertime beauty, and wake up to a wrathful and frightful violence that makes navigation treacherous.

Reportedly the captain stayed in as close to shore as he could safely manage, as was the common practice in those days, so as to avoid being lost in the rougher seas of the open waters, and to avoid losing sight of the coast. The danger of course is running aground on the many hazardous shoals and reefs of this area. 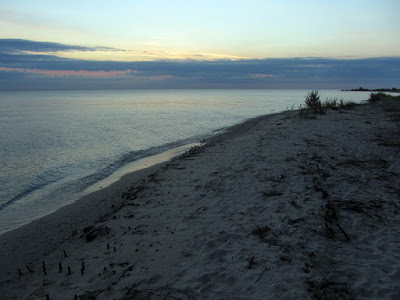 When the howling winds unexpectedly shifted to blow inland, the Fay's captain fought to avoid being pushed into shore, and the towline pulling the Rhodes ripped off part of the Fay's stern, and she began to sink. The engineers extinguished the ship's boilers to prevent an explosion, and the captain aimed the disabled ship for 40 Mile Point Lighthouse, hoping to bring it ashore. 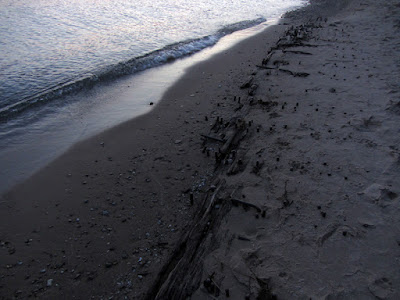 The Rhodes ended up running aground somewhere in Cheboygan County, and the Fay broke up upon hitting the shallows off 40 Mile Point. The ship's entire forecastle was severed and its upper decks shorn off, with most of the crew still huddled inside the wheelhouse. The structure was heaved toward the beach by the pounding waves, and incredibly all hands were able to ride it to safety--one of whom was reportedly still asleep in his bunk. 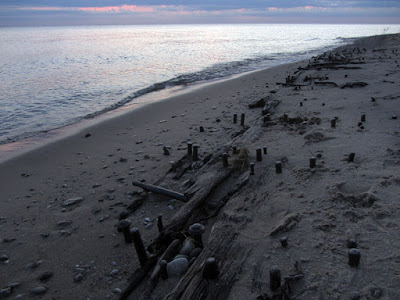 Three other men however--the first mate, David Syze of Port Huron, and two other crewmen--were forced to cling to a different piece of the hull, using a spar they ripped off of the wreckage as a makeshift paddle. The first mate chose to jump in and swim, but was lost. His body was found by the assistant lightkeeper two months later, washed up on shore a mile down the beach. 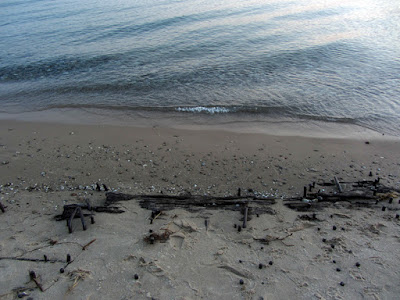 Historic photos of the Fay can be seen at thunderbay.noaa.gov. Dive footage of the rest of the wreck can be seen HERE. 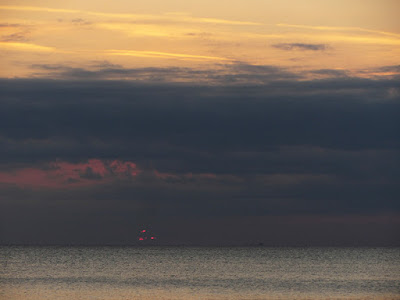 On the horizon, a modern freighter's silhouette passed underneath the reddish-pink orb of the rising sun, several miles offshore: 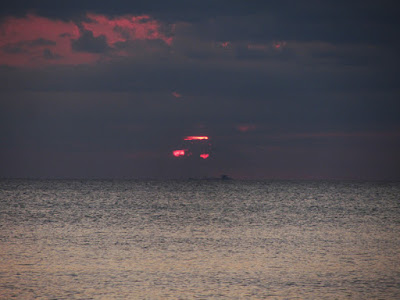 Here is a close-up of some of the iron pegs or bolts that pinned the Fay's hull together: 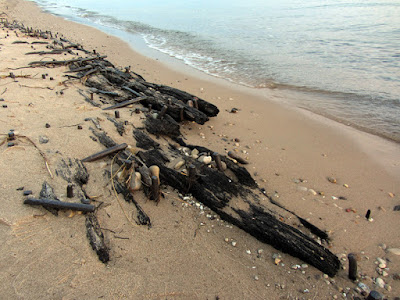 There are also square nails visible too: 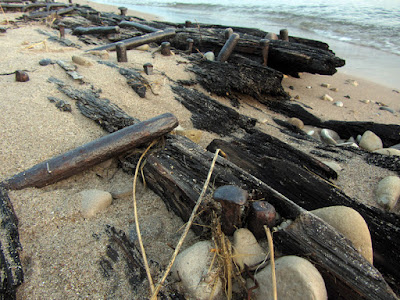 I believe that this piece of the Fay was mostly unearthed by maritime scholars at some point in years past, to better document it for study. 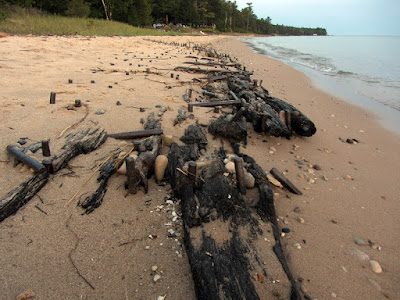 Finally the sun started to break above the clouds, heralding the start of another full day of exploring for me, so I began hiking back to the car. 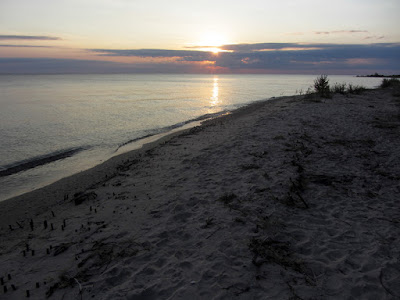