Though the number of Slovaks in Michigan, or even in the U.S. may seem small, according to the book The Peoples of Michigan, between 1880 and 1924 almost one third of the population of Slovaks in Europe migrated from the old country to the New World. Like other immigrant groups, they sought entry-level and unskilled jobs that were laborious but paid dependably, such as work in foundries, mines, and mills. The Slovak Home at 7151 Strong Avenue is perfectly situated near the cradle of the auto industry, not far from the Packard Plant, Dodge Main, Eldon Gear & Axle, and many other heavy industry sites. It was built in 1921, and designed by Peter R. Rosello. 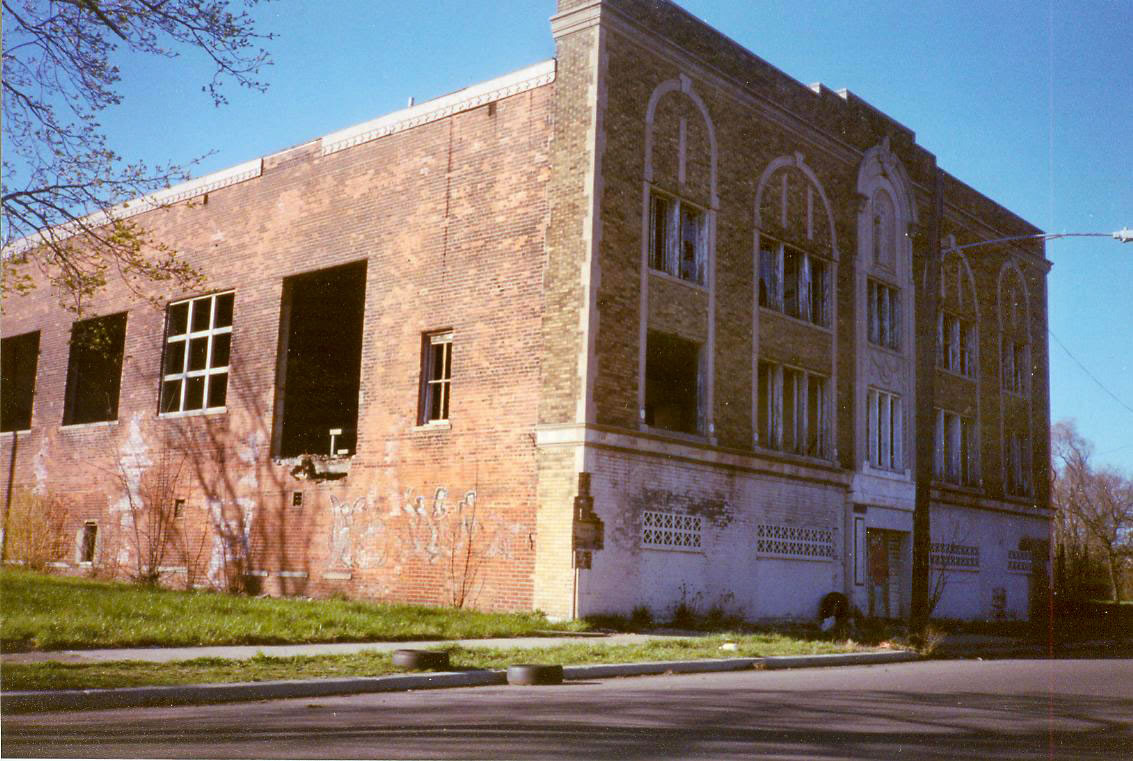 The Slovaks (as separate from Czechs), first came to Michigan in real numbers during the iron mining boom in the 1880s, and settled in the Upper Peninsula communities of its iron ranges, according to the book Michigan Genealogy: Sources & Resources, by Carol McGinnis. Some also settled in the Saginaw Valley to work the sugar beet fields, and others farmed in northern Michigan.

As the Michigan mining industry was waning the automobile industry was conveniently waxing, and most of them moved south to Detroit (and other industrial cities like Flint, Muskegon, and Lansing) for work. The Detroit auto factory jobs also attracted Slovaks from Pennsylvania and Ohio, as well as more from the old country. 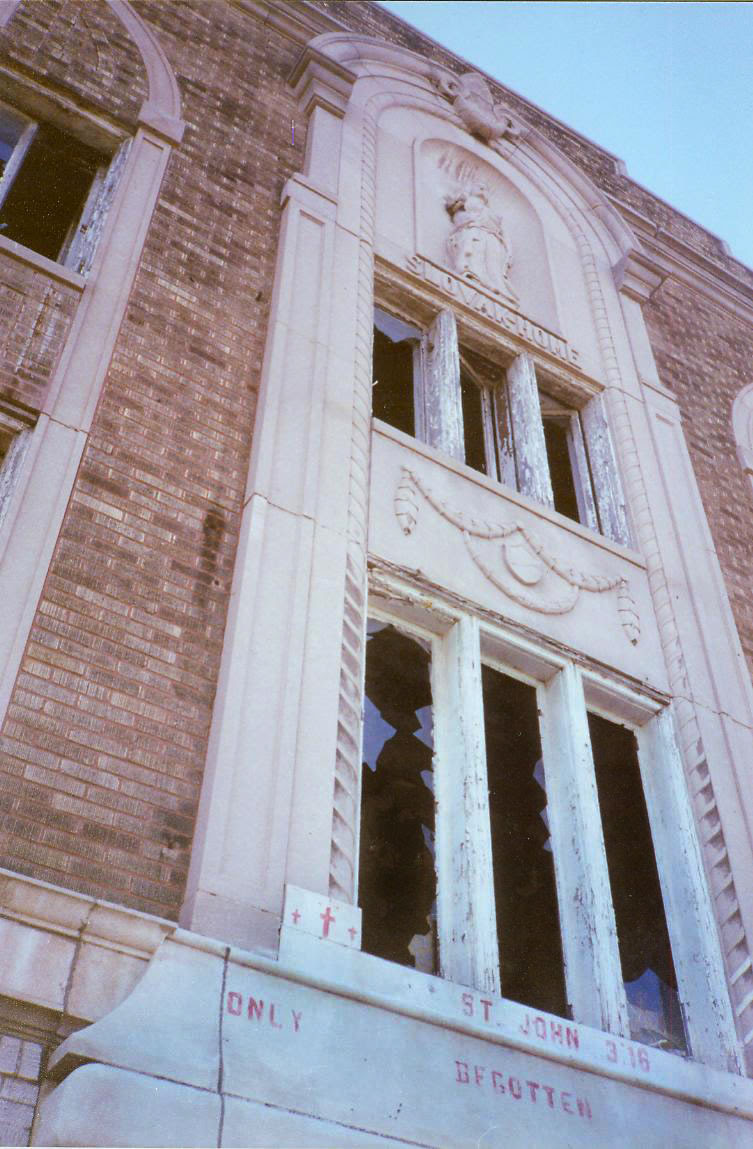 Jane Cooper School was located but a few blocks to the north, as was Saints Cyril & Methodius Church. I unfortunately didn't quite make it inside that church before it was demolished in May of 2003, but David Kohrman did. The astute reader may pick up on the fact that St. Cyril and St. Methodius are the patron saints of the Slavs; St. Cyril's was Detroit's first ethnic Slovak catholic parish, and was established in 1918, but in 1988 moved out to Sterling Heights in a new modern building. I imagine that the demise of this hall paralleled that of St. Cyril's parish, since it was the selfsame group that would have utilized both structures, and which followed the migration out to the suburbs as the inner city dehisced. 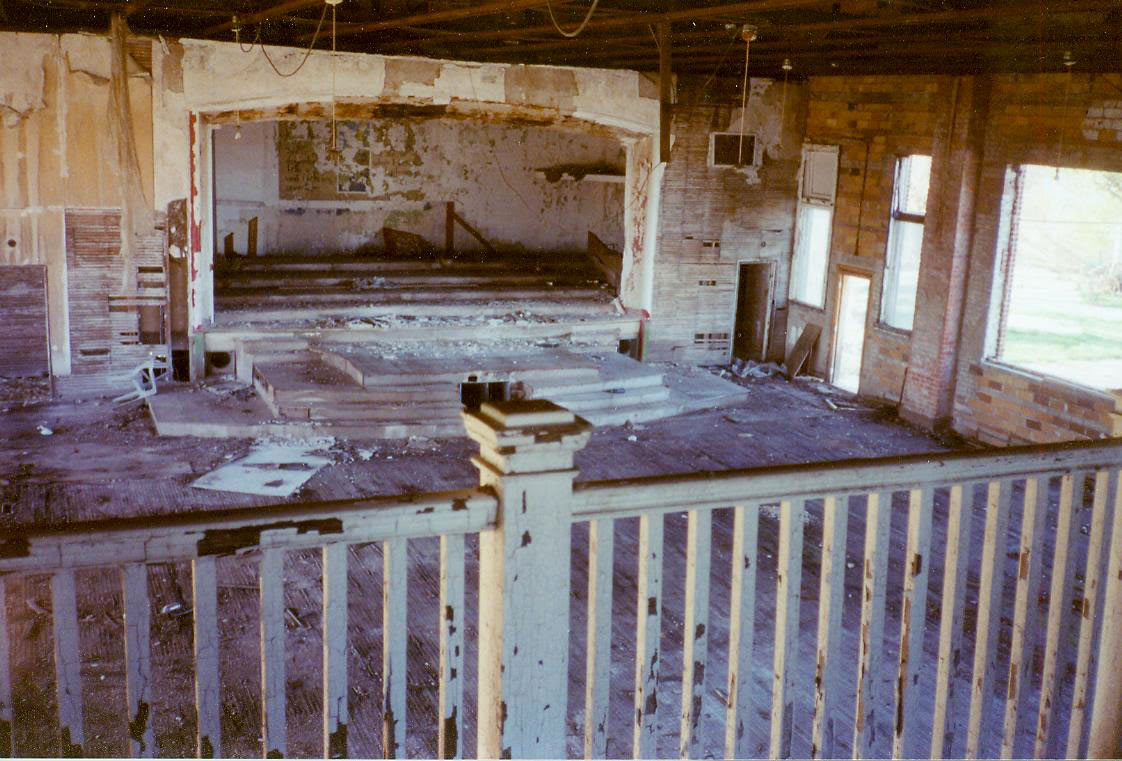 The 22nd Regular Convention of the National Slovak Society of the United States of America was held here from September 15th to the 20th of 1958, and at the Fort Shelby Hotel. The convention program states that the Slovak Home Association was organized in 1919 and the Slovak Home was built in 1923. It "was the pride of the Detroit Slovaks," and contained a large assembly hall, a bowling alley, and several smaller halls in which singing societies, like the Kriváň Slovak Singing Society and other play groups rehearsed. Fraternal, civic and social organizations held their meetings at the hall as well, according to the program. I wish I had known there was a bowling alley when Chisel and I were there, because we might have looked for it in the basement. Instead our brief visit was basically concluded after I took the above photo from the balcony of the main auditorium. Detroitfunk photographed a cornerstone of the building that lists the architect's name as P.R. Rossello.

According to the book Working Detroit, by Steve Babson, the Slovak Home was also the site of historic union meetings for strikers at nearby Midland Steel (6660 Mt. Elliott), the very first plant in Detroit to enact a "sit-down," as I mentioned in my earlier post regarding the Kelsey-Hayes Wheel plant. Babson notes that the strike of Midland Steel on November 27th, 1936 signified the "first wave of a flood tide of worker unrest [that] washed over Detroit's Open Shop," foreshadowing a "dramatic shift in the balance of power between Detroit's employers and workers." The strikers literally barricaded the plant during the sit-down to keep Ford "Service Department" men (goons) from entering and confiscating the car body frames that Midland supplied to Ford Motor Co. under contract. This was the start of the very same "wave" that toppled the resistance of the Big Three automakers to negotiations with the UAW. 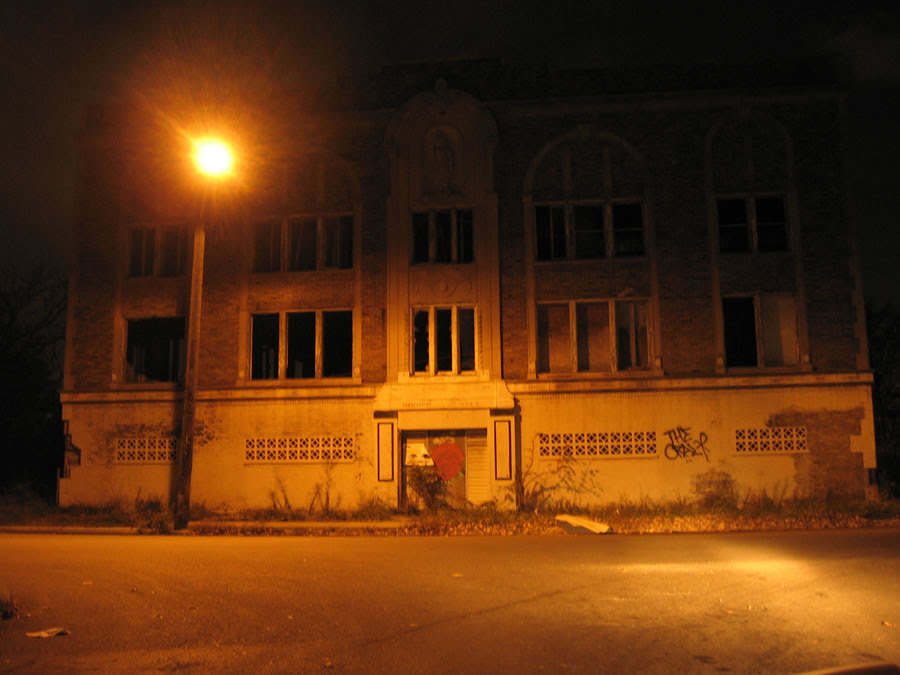 Today there is still a place in Metro-Detroit that seems to serve a very similar function as the old Slovak Home: the Sokol Center on Warren Road in Dearborn Heights. Meanwhile, this old hall sits rotting in the dark, one of the last survivors in this now-desolate neighborhood.