John of Detroitblog heard from someone he knew about the giant statues hidden at Fort Wayne that used to be mounted on Old City Hall and wanted me to come along with him to help find them in the forest. They were sitting out back there, heads and arms all crazily jutting out of the ground with trees growing up between them and such, like a scene out of Lord of the Rings or something. We found no statues, but we did find lots of evidence that large heavy stone objects had very recently been dragged out of their resting places. We were a couple days too late. The statues were already resting in an old warehouse elsewhere on the grounds of the fort, the Collections Resource Center (CRC) of the Detroit Historical Museum, where I would see them in later years.

We did however find that all the cornerstones and whatnot were still sitting back here, as well as some interesting nautical debris: 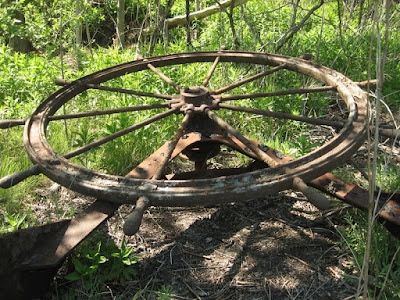 If I'm not mistaken that winch or windlass or whatever it is, was recently appropriated into a piece of metal sculpture elsewhere in the city, at the C.A.N. Art Handworks (see if you can figure out which one).

Not far away sat what looked to be a giant connecting rod to a steamship engine, mostly buried in dirt. This was the "top" end, where the rod would have connected to the piston's wrist pin: 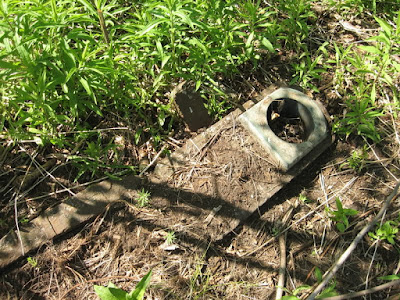 The other end had a much larger journal, for connecting to the crankshaft. This piston rod was about seven or eight feet long.

There was also this grindstone, or millstone: 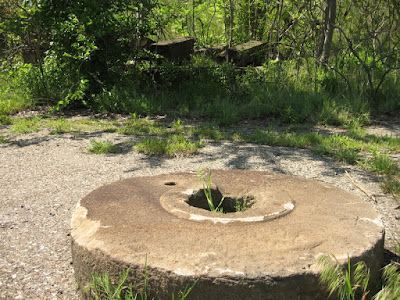 Finally, hints of what we were after: 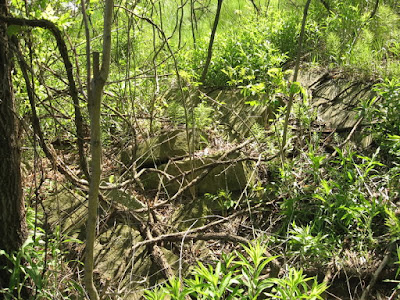 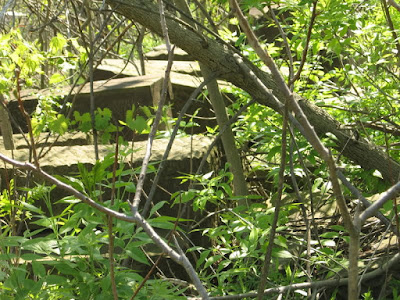 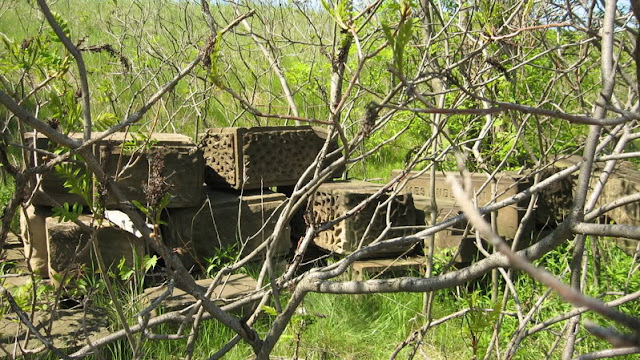 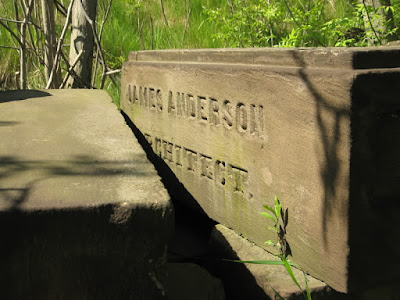 The Old City Hall was demolished in 1961, and preservationists scrambled to save pieces of it. Once they had the pieces, they had to figure out where to put them. They were dumped here, in an out-of-the-way spot on the glacis of Fort Wayne, and over the years a forest grew up around them. 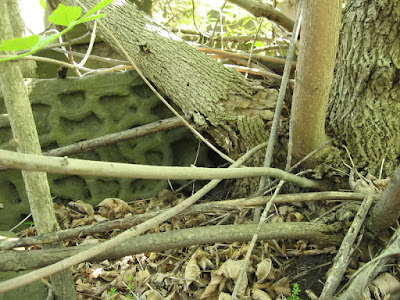 Some of the stone blocks are extremely massive. This one appears to be face-down: 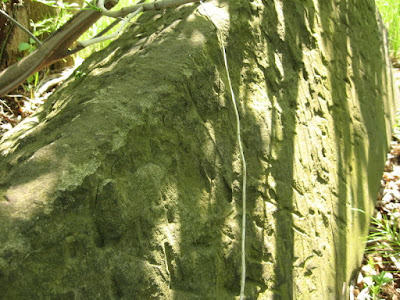 I have read that in the late 1960s, after the statues had been lying "on a scrap heap at Fort Wayne," they were "salvaged" and given to the University of Detroit where they were going to be re-erected on their campus at Livernois and McNichols...but it seems to me that plan never quite came to full fruition for all of the statues. 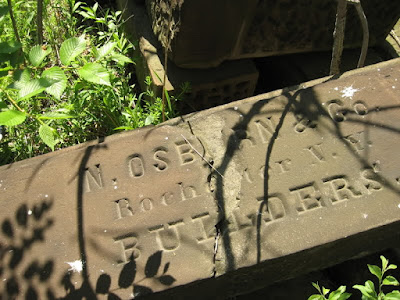 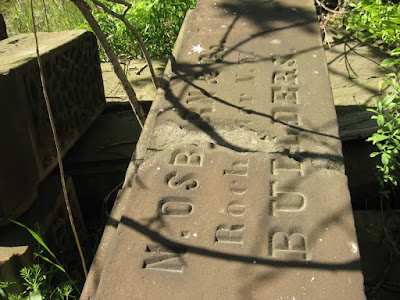 Here is the cornerstone itself, carved with the date of 1868: 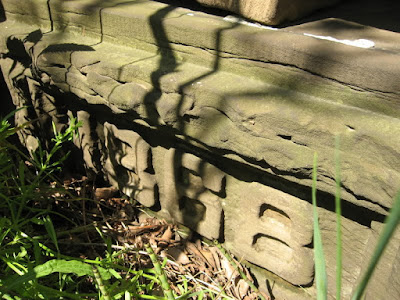 Coincidentally enough, today is August 6th, the 146th anniversary of this cornerstone being laid. I totally did not plan that. 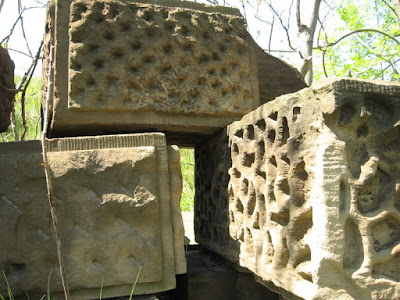 I also just learned through friends of mine who work at Fort Wayne that the Army Corps of Engineers is currently having contractors clear this forest away from their boatyard's fenceline, exposing these ruins for the first time since the 1970s. 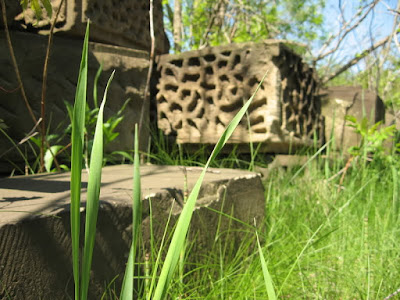 The bell to City Hall also used to sit back here, but it had been moved onto a pallet and sat at the corner of the parking lot at the time. Today it hangs in front of the 1905 Guardhouse near the main gate of the fort. 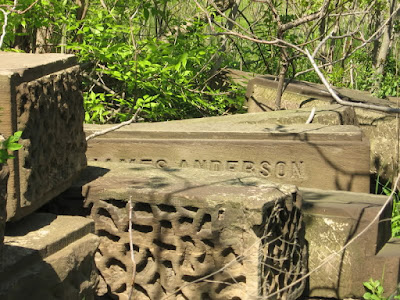 References:
All Our Yesterdays, A Brief History of Detroit, by Frank B. & Arthur M. Woodford, p. 217
http://www.metrotimes.com/detroit/head-case/Content?oid=2179142