Just south of the Michigan State Fairgrounds stood Grayling Elementary School, in one of the most severely declining neighborhoods in the city. 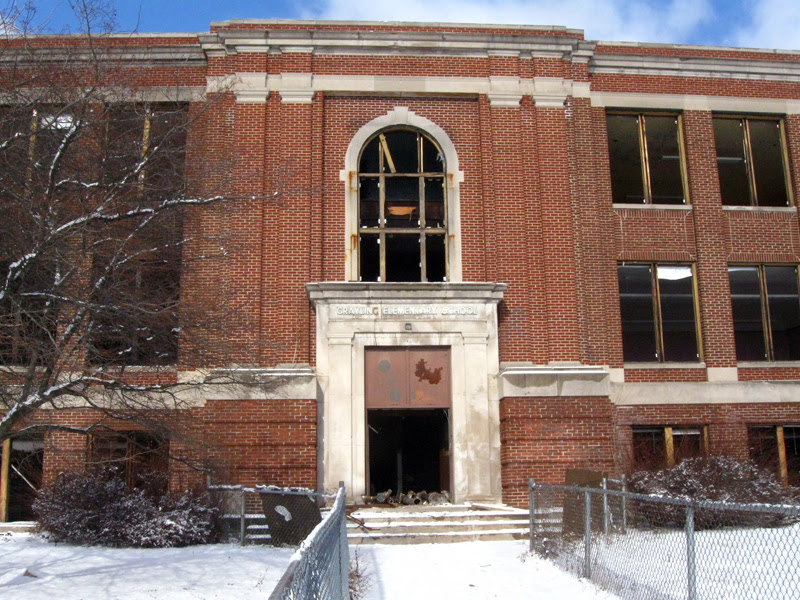 A grayling is a species of freshwater fish that has a well-known northern Michigan town named after it. 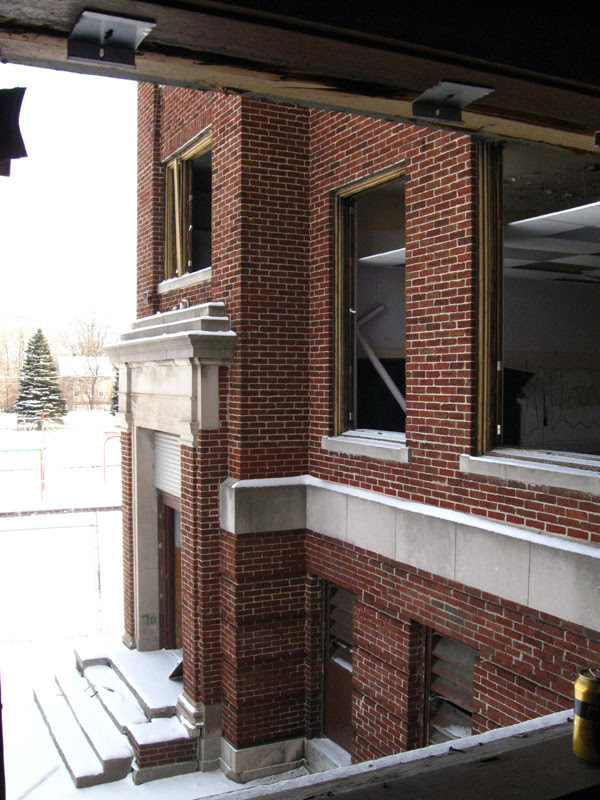 According to the Michigan Manufacturer and Financial Record, this school was built in 1927 and was designed by the Detroit architectural firm Van Leyen, Schilling & Keough, the same firm who later designed the 6th Precinct Station of the Detroit Police. 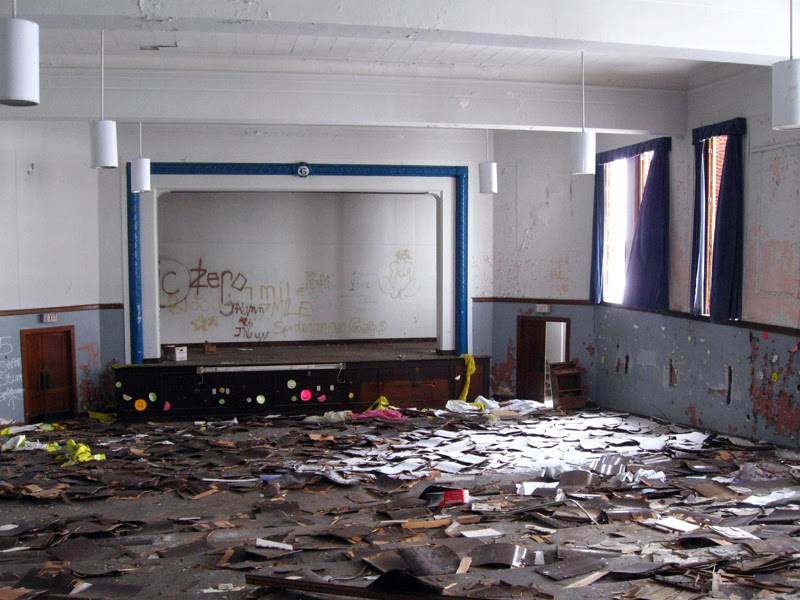 On a cold and snowy January day the curtains flapped in the auditorium and freezing winds whipped through. 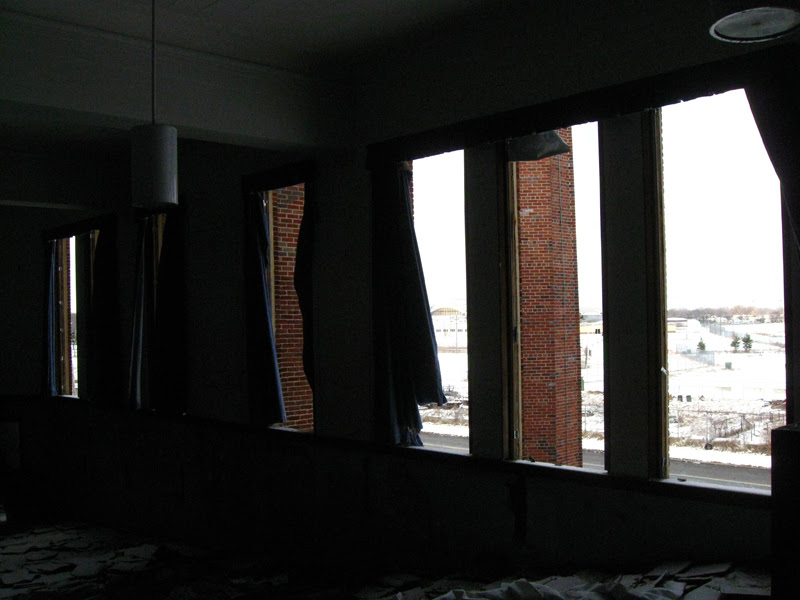 The then-recently-abandoned State Fair across the street: 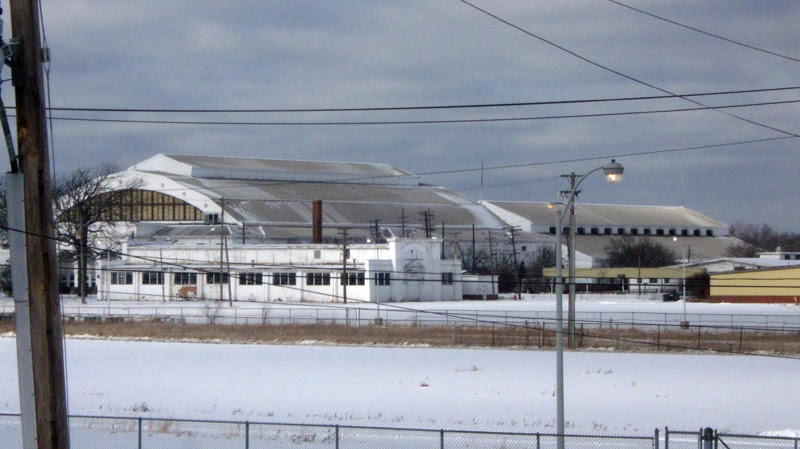 The Michigan State Fair was once America's oldest state fair, having run continuously since 1849, but after 160 years we became the only state in the U.S. not to have one, as far as I know. The death of the tradition was incomprehensible to many people, myself included, as we watched our home state sink further into the mires of economic hopelessness. 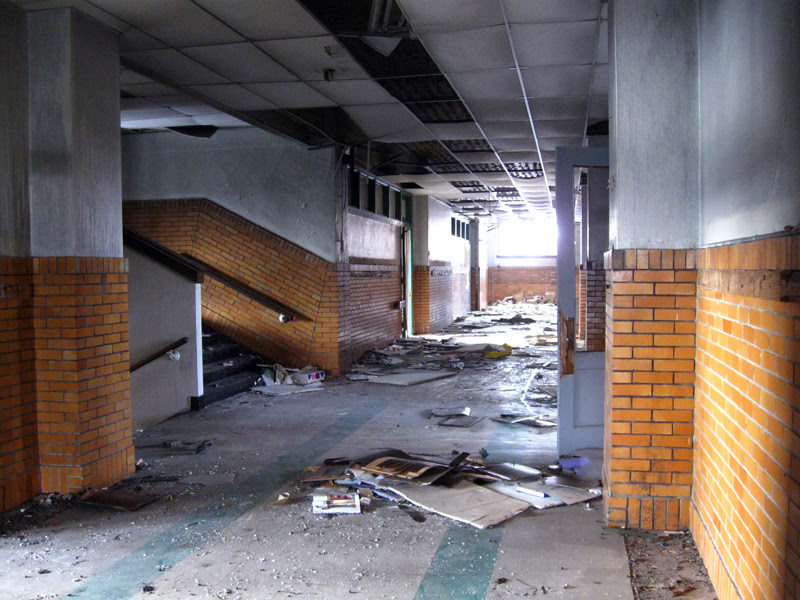 Outside, a scrapper's truck idled while he waited for his buddy to finish bringing the last few bits for the day: 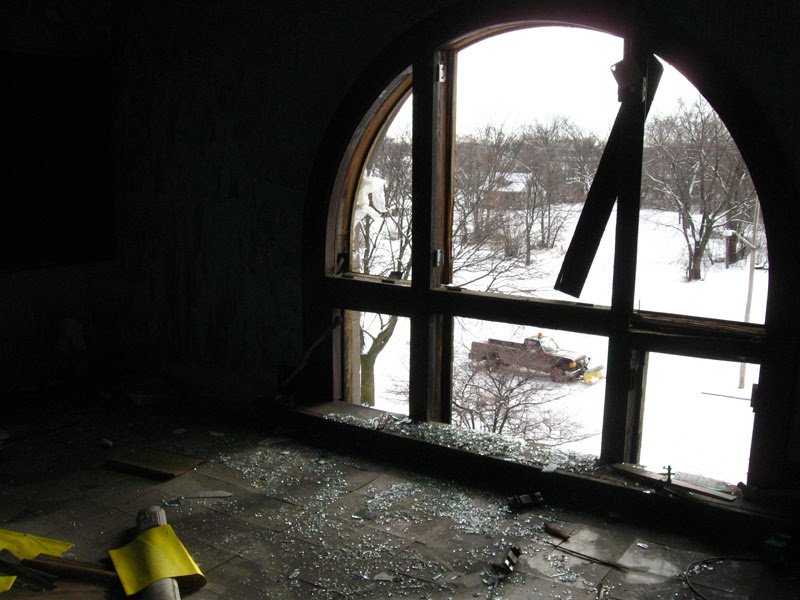 Now that Detroit's urban core has completely rotted away to nothing, the shockwave of blight has continued to roll outward toward the suburbs, and now it is the city's fringe neighborhoods that are at the highest risk of destabilizing. The State Fair Neighborhood is one of those, as well as Warrendale, Boynton, and Morningside. 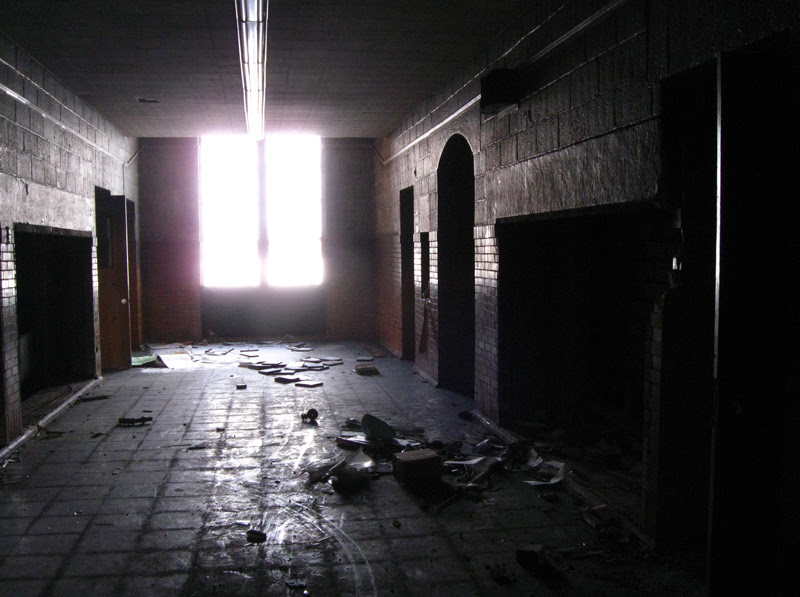 Across the street in the other direction stood the crazy props and constructs of the former "Theater Bizarre," Detroit's now legendary Halloween carnival: 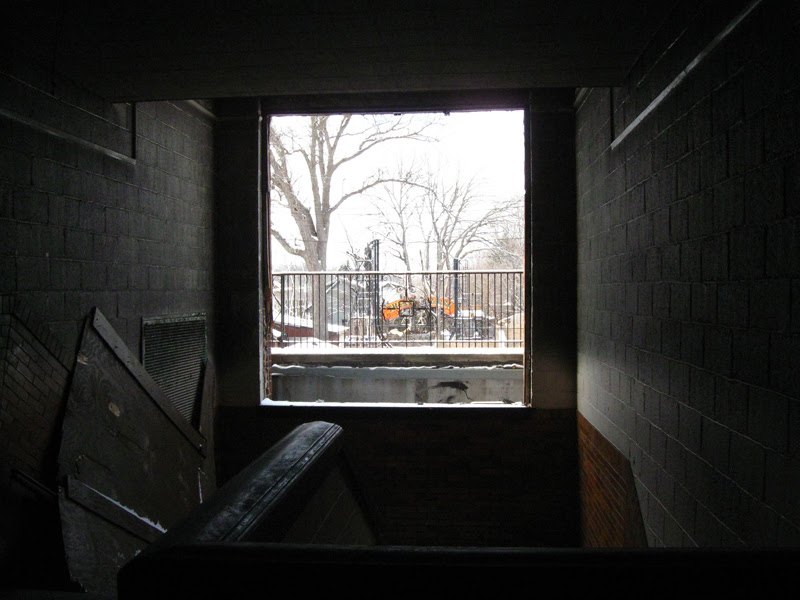 Theater Bizarre still exists in a different form at the State Theater now, but it started here as a homegrown Halloween party to end all Halloween parties...you just had to see it to believe it. But alas, all things must change. 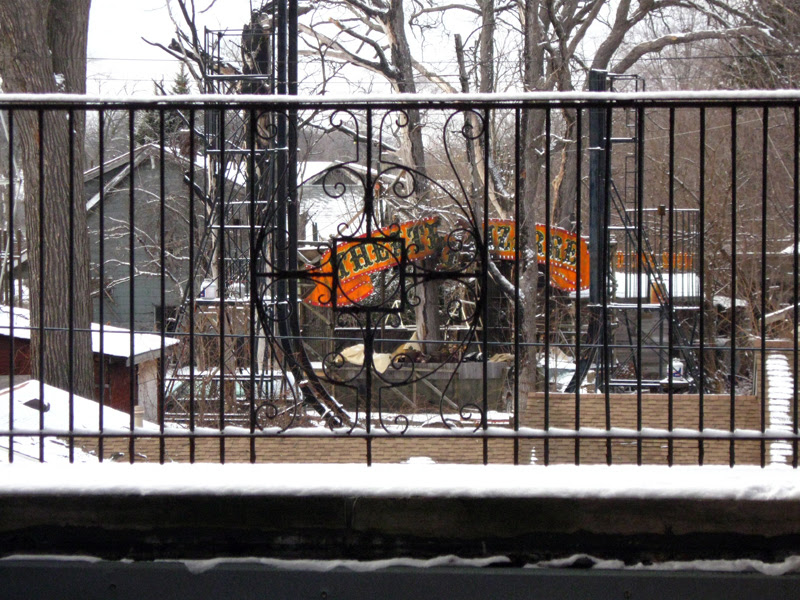 Here was a nice hardwood-paneled library: 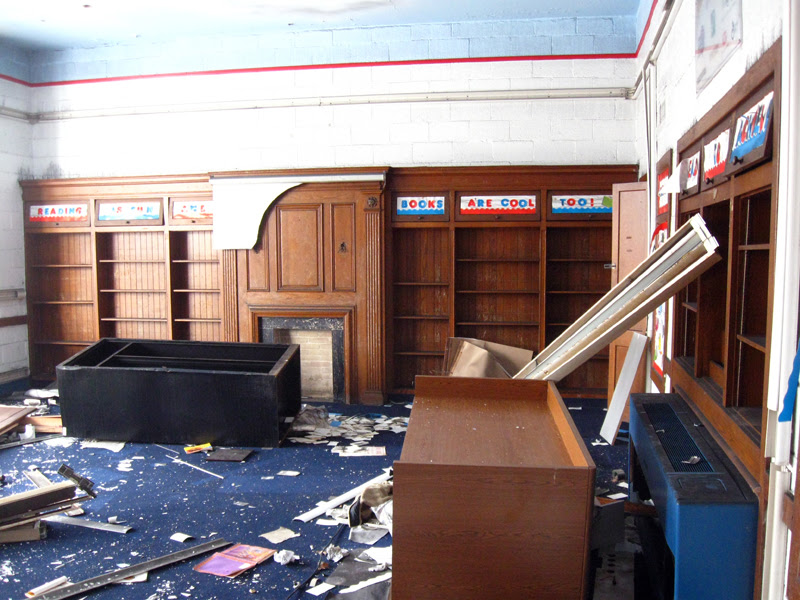 Now there's no reason on earth why this cabinetry could not be deconstructed and salvaged for future use in another building. 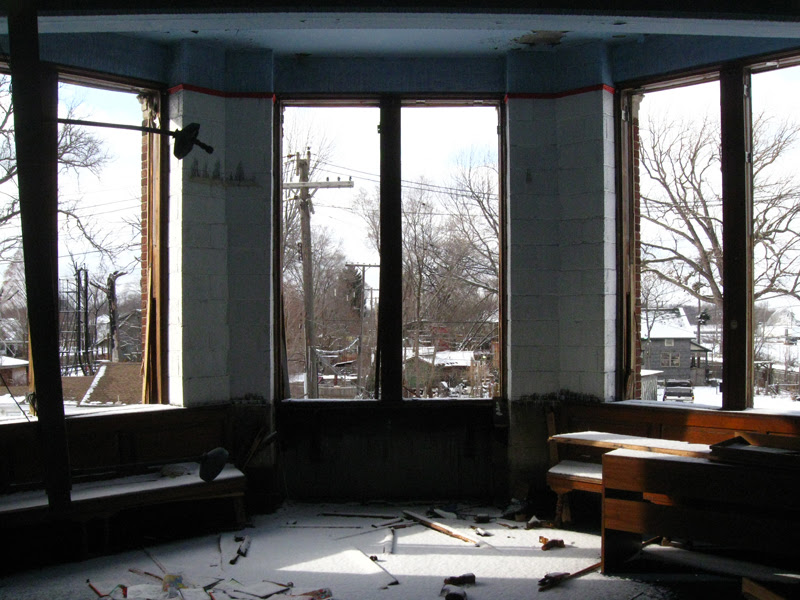 Fireplace in an elementary school? Why not: 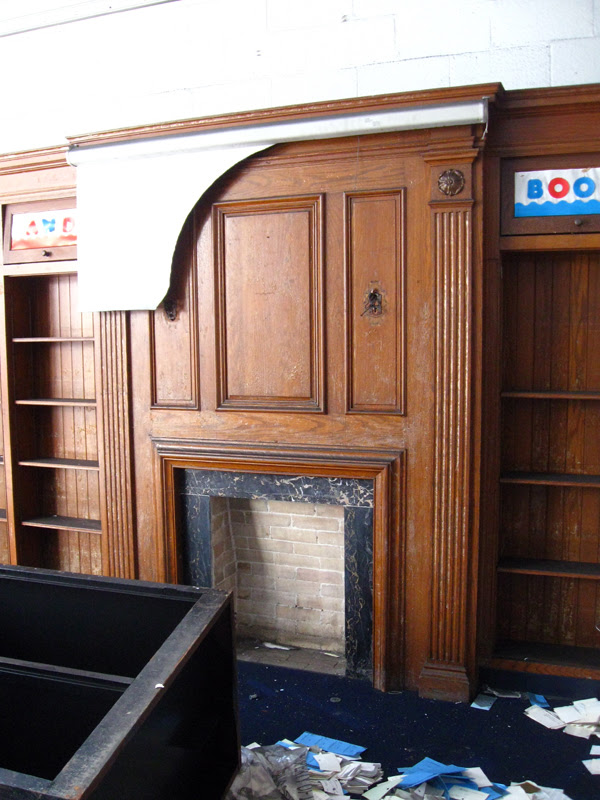 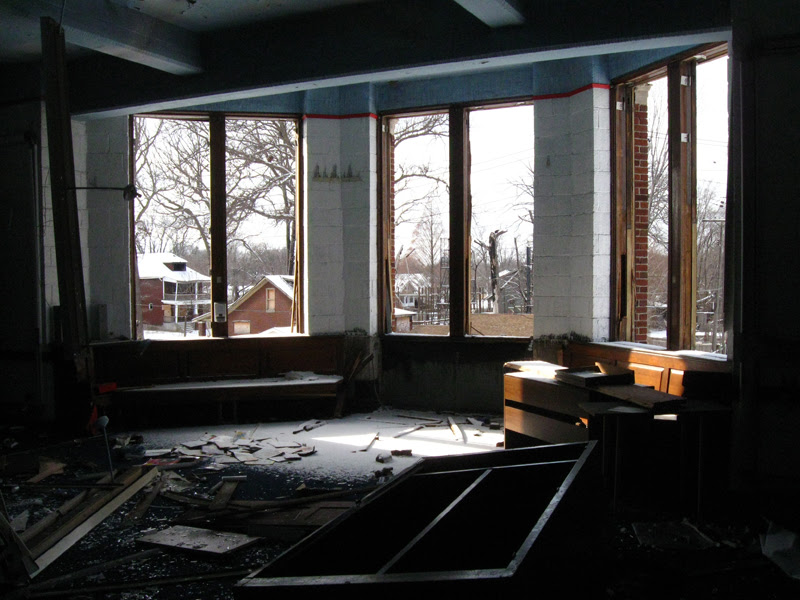 Another view of Theater Bizarre: 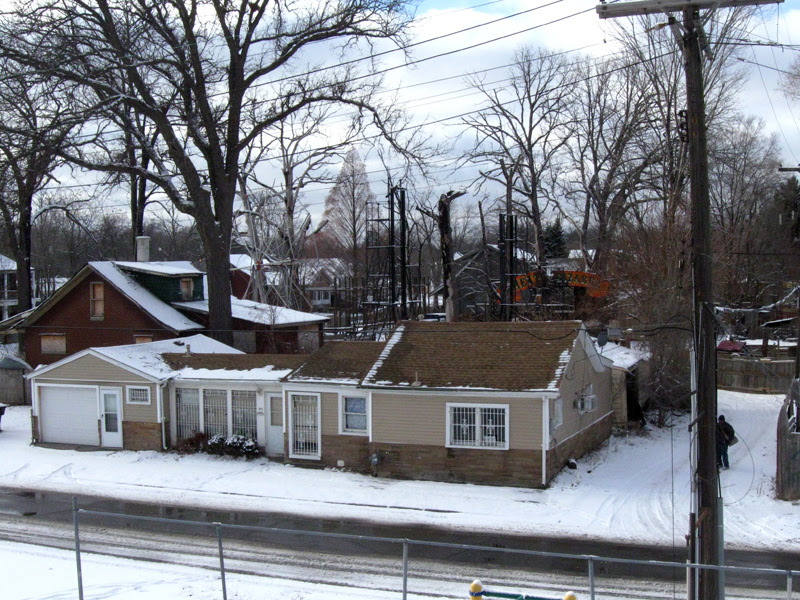 There was a bit of a fire in here at some point: 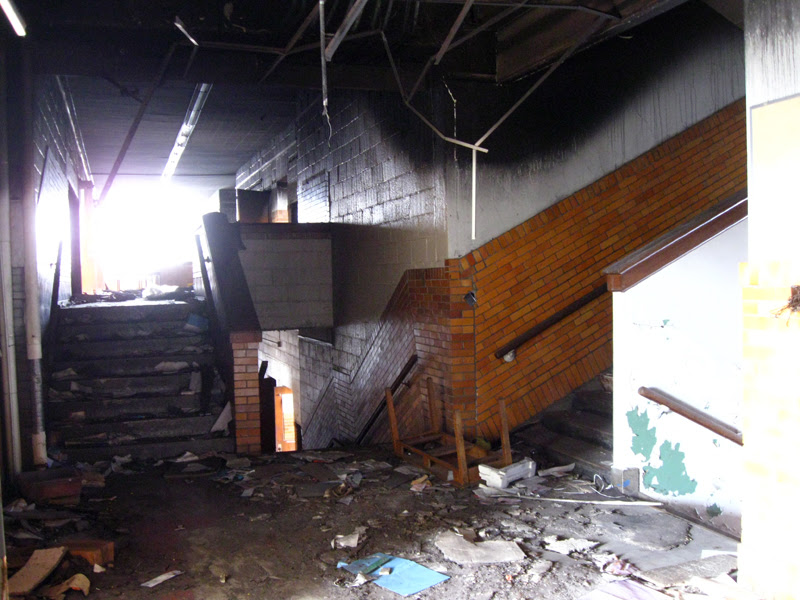 Hmm, another fireplace on the second floor: 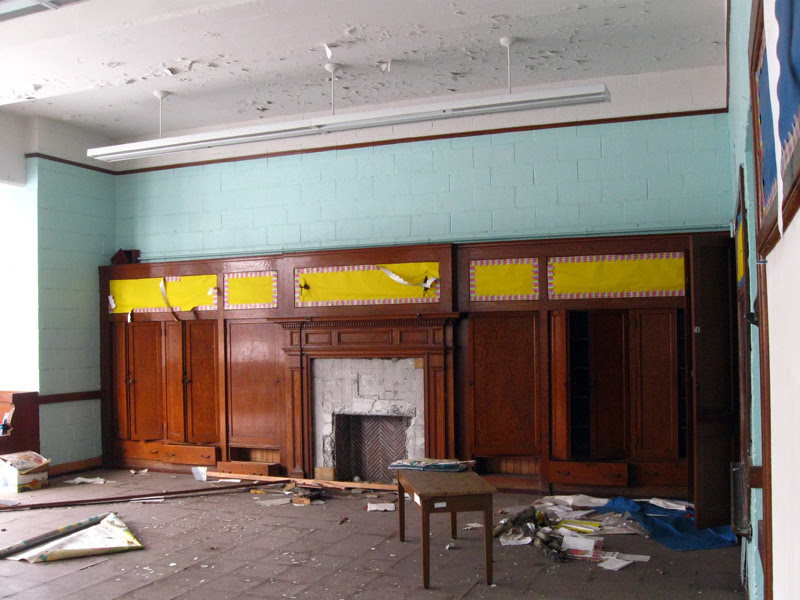 This school was demolished in spring of 2013.