Industrial Avenue in the Vehicle City

Back when I was scouting out the defunct and soon-to-be-torn-down General Motors "Buick City" Plant in Flint, I happened across another little place nearby, along Industrial Avenue (creative name, huh?). Since I was thwarted in my attempts to infiltrate the gargantuan Buick flagship, this rather puny looking thing would have to do. 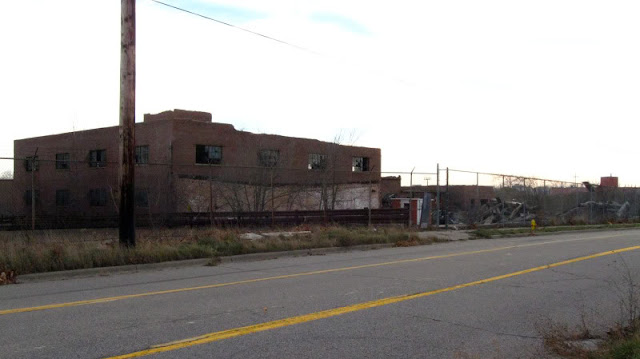 I recently asked a Flint-area explorer if he knew what this site was, and he posited that it had been a sparkplug factory. This seemed like a perfectly reasonable conclusion, since Flint was probably the sparkplug capitol of the world. All the same I dove into some research, and as it turns out his assumption was close, but no cigar. 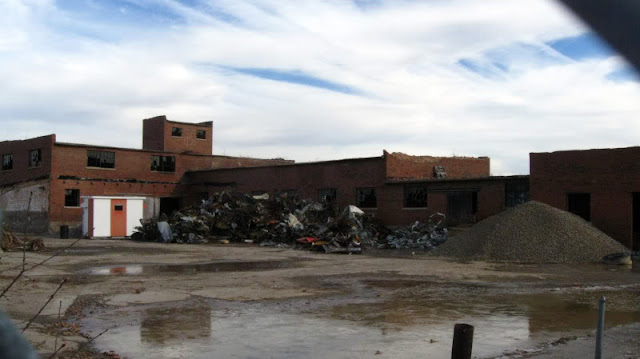 The 1922 Polk's Directory for Flint lists the Standard Oil Co. at an address of 1620 Industrial Avenue, which is approximately where this structure stands. Standard Oil Co. was an Indiana-based company that eventually became part of Amoco.

Notably, the book The Gas Station in America asserts that the "first structure specially designed for gasoline distribution" was built in Flint in 1910 by the Central Oil Co.--plausibly at 1920 S. Saginaw Street (at the corner of Rix), according to Polk's. 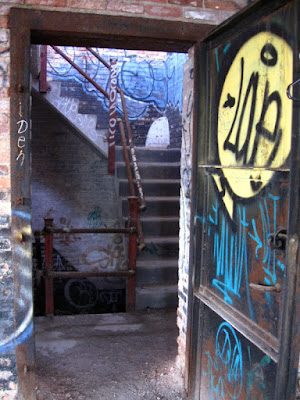 Anyway, the Sanborn map for Flint, 1914, shows this parcel occupied by buildings of both the Champion Ignition Co. of General Motors, and the Standard Oil Co., but none of them look like this particular structure, nor does this structure really look that old. So I continued flipping to the next map of this area, which was  done in 1928. 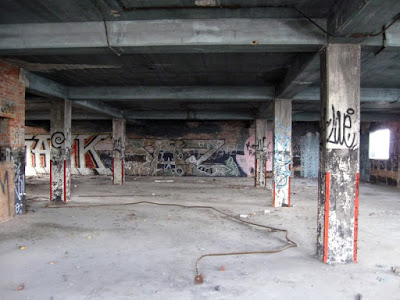 The 1928 map shows what appears to be this building as part of a slightly larger complex, and labels it as Standard Oil Co.'s oil storage buildings. The map also showed that everything else around it had evidently been demolished by that point. Subsequent maps up to 1950 show the same. 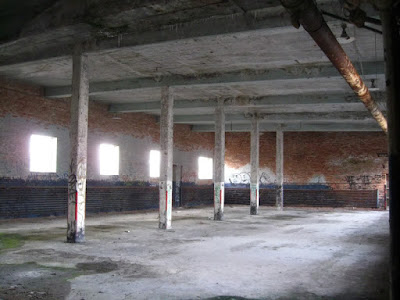 In March of 1957 a court case in the U.S. Sixth Circuit Court of Appeals was filed by the Ogden & Moffett Co. against the Standard Oil Co. An Ogden & Moffett gasoline tanker truck was destroyed in a fire that occurred on these premises while delivering gasoline from Bay City, as a result of a leak that was subsequently ignited by the truck's exhaust backfiring. Standard's buildings also suffered a reported $25,000 in damage from the fire, which occurred on October 9th, 1953. 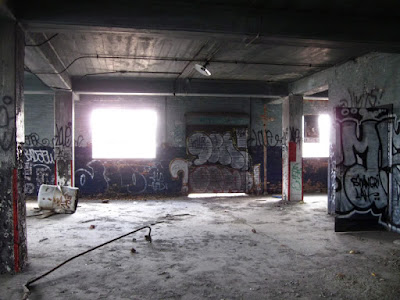 Not much going on in here, aside from some graffiti. 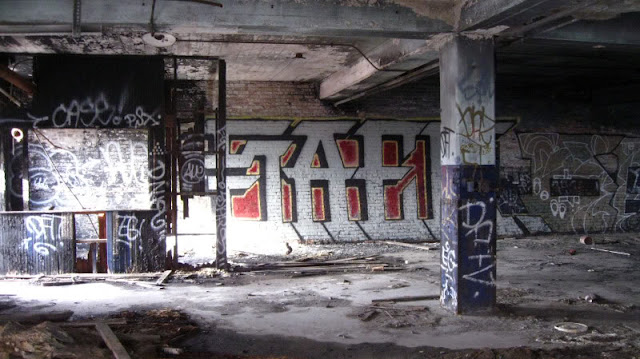 This shot from the roof shows how much empty, scarred land there is in Flint...the buildings in the distance were the south end of the Buick City plant, if I recall correctly: 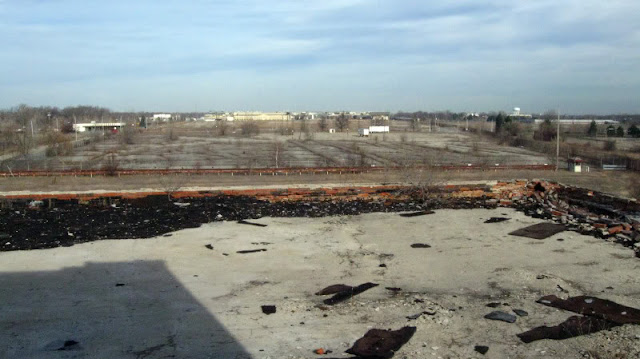 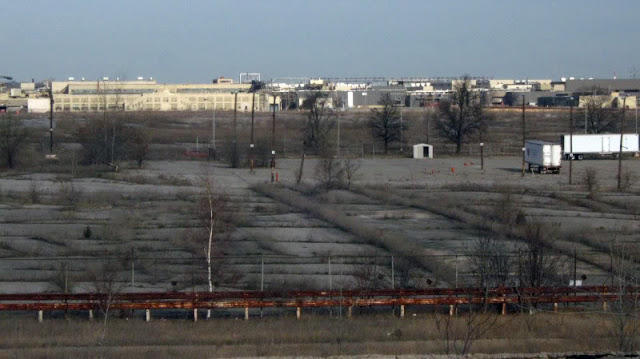 Looking east at the railroad tracks: 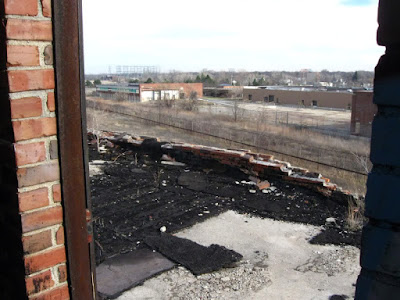 A large pile of random scrap metal had been assembled outside: 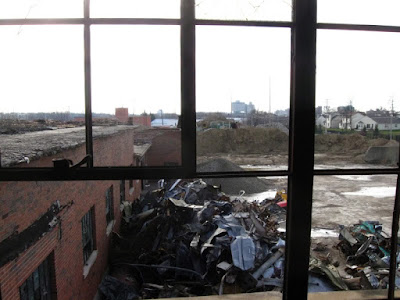 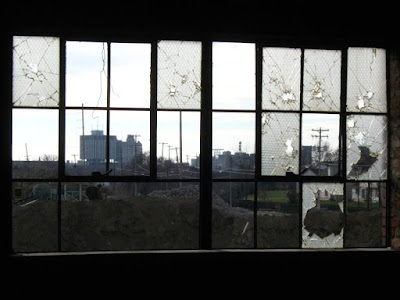