On Sturtevant, near a bullet-riddled stop sign, sits a pile of detritus that may just be the saddest sight in Wayne County. There isn't much in this world that is more depressing than a burned-down fire station. But for it to remain there rotting has got to be the ultimate disgrace. 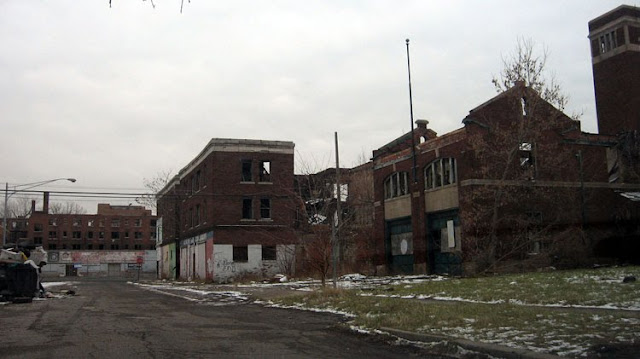 The Sanborn map for 1925 shows this station as the quarters of the Highland Park Fire Department's Engine Company 4 and Ladder Company 3, at an address of 19-21 Sturtevant. 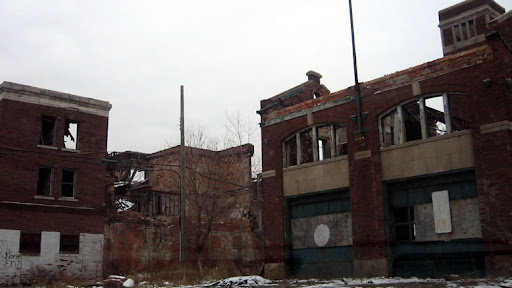 A page on the City of Highland Park website tells the brief history of the Highland Park Fire Department (HPFD), which was founded in 1917 when the city was being incorporated. Their headquarters was in that building on Gerald Street, and at least three other satellite firehouses were built elsewhere in the borders of the city. 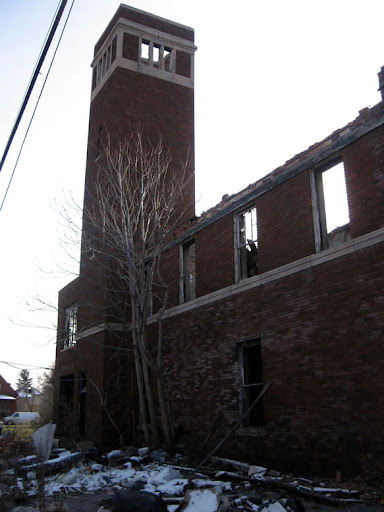 This is probably the only municipal website in the world that directly refers to the sickness of its city, or to "the economy" in a way that implies that its readers will automatically understand that the state of affairs in town is bleak. But that should serve to show just how dire things are in this part of America. 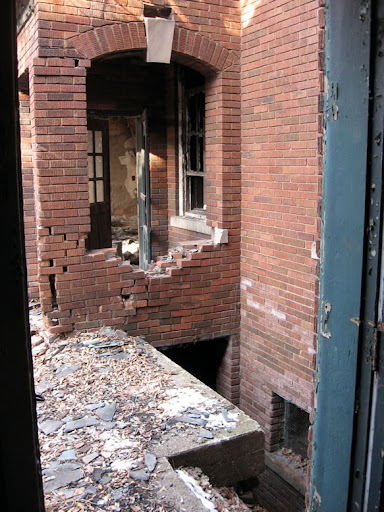 In 2005, the police and fire services of Highland Park were separated back into their own departments again. However, they were still in such dire circumstances that the firemen were forced to live in tents while on duty because their old fire headquarters had stood abandoned so long that it was uninhabitable. 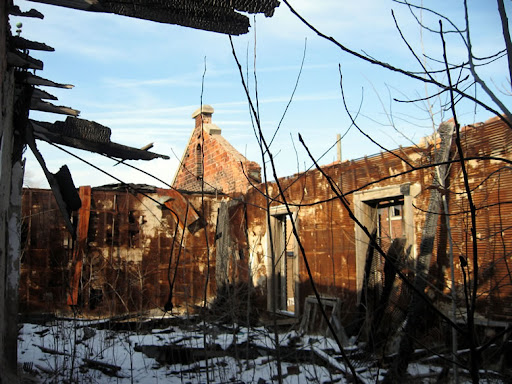 At its peak the HPFD employed 84 firemen, not including other departmental staff. Today, there are only 16 Highland Park firemen according to the city website, and only one fire station, which was built with FEMA/ARRA grant money (and stands across the street from the collapsing wreck of their old headquarters, which has yet to be demolished at time of writing). 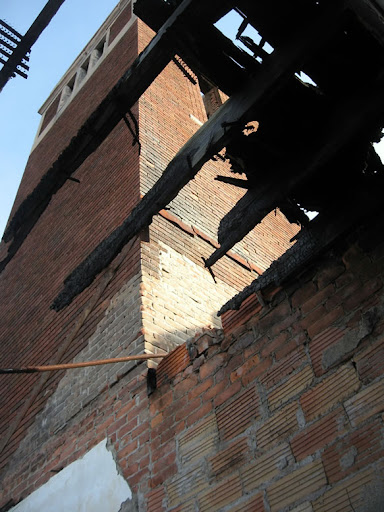 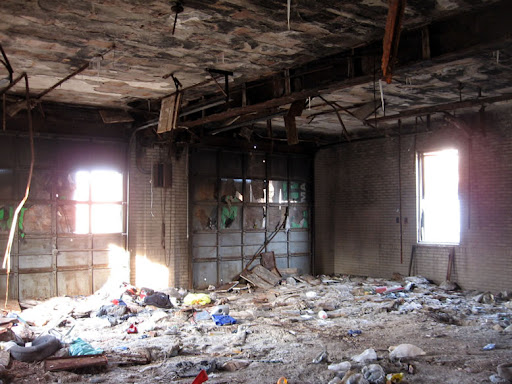 If there was any question as to the work load of the HPFD vs. the DFD, DeadlineDetroit reports that Highland Park goes on about 1,000 runs per year (despite being about 46 times smaller, geographically, than Detroit), and about 85% of their fires are ruled as arson. So it's safe to say that the situation in Highland Park is about right on par with what the DFD contends with, or worse.

One Highland Park firefighter got in the habit of using a helmet cam to record day to day life on the HPFD force. Perhaps the best example of how ridiculous it is in Highland Park was illustrated by the video he posted the day their old headquarters went up in flames in 2012. They had to stop fighting that fire in order to go respond to another fire reported in an occupied house. 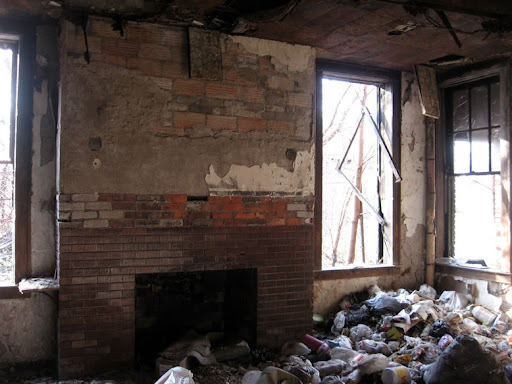 In any other American city such a situation would have resulted in multiple alarms, and streets completely blocked off with a logjam of firetrucks, ambulances, police, and news crews, while an army of firemen scrambled to knock the blazes down with shiny new apparatus...but in Highland Park they appear to handle it with two outdated trucks, and no fanfare. I imagine that this scenario is so incomprehensible to other firefighters that it probably makes their heads implode. 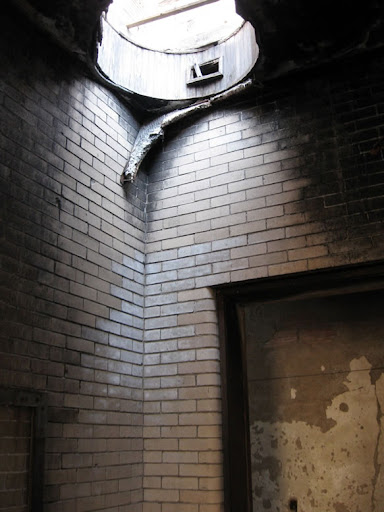 The whole four-block area surrounding this firehouse was nothing but charred wrack and ruin when I took these photos in 2008. A derelict boat seems to have washed up in the alley, as if carried by the storm surge of some long ago hurricane, that was never cleaned up: 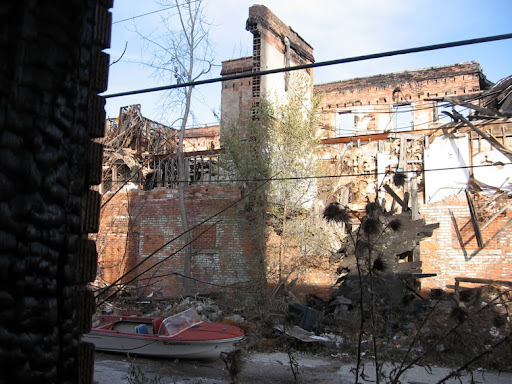 I have no idea when this particular station burned, or why. But it must have been a hell of a night. 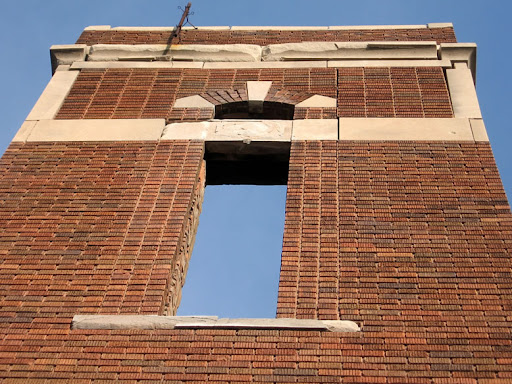 This fire station was finally demolished in 2013, as well as a few of the other large derelict structures nearby.