Note: Because this was one of those sudden unexpected ones and I was without my good camera, many photos in this post were taken by my girlfriend, and edited by me. However, they still remain the copyrighted property of nailhed.com.

Update: As of January 28, 2015, the building was sold and slated to become a Carhartt store, celebrating its grand reopening on August 27. From what I can tell by looking through the windows, much of the original decor has since been obscured or done away with during the renovation.

Somehow along the way, Chicago's "Motor Row" has out-shined (or at least outlived) Detroit's own version of the same thing in the remembrance of American automobile history. In the early 20th century major cities developed these districts that were soon called "motor rows" where a consumer's every car-related need could be fulfilled--from sales, to accessories, to repair and service.

Car companies clustered together along these strips, vying for the customer's favor next to their stablemates. The fancier a dealer showroom was, the more the public would pay attention, and this building is one of the last remaining examples of that world in the Motor City.

According to the AIA's Guide to Detroit Architecture, this snazzy beast at 5800 Cass was designed in 1928 by an "unknown" architect as an integrated car showroom, service garage, and business office. It especially notes the "stepped-arch" treatments over the second story windows, and the front entrance, saying that the "proto-modern, floating entry feature and detailing are handled with energy and discipline."

Whoever this mystery architect was, he was an old hand at the game, and some have asserted that the building was in fact designed by Charles N. Agree. For what it's worth, I have noticed that Agree enjoyed using the "stepped-arch" on several other buildings he has designed around the city.

Upon a little bit more research myself, I found that the building was currently up for sale, and listed on the front page of MidtownDetroit.com, which just so happened to include an image of the architect's facade drawings dated to September of 1928 showing Charles Agree's name, as well as listing Marmon as the customer commissioning the building:

Hits on the Bentley Historical Library's online catalogue seem to verify even further that it was Agree's work. A page on Waymarking.com quotes a (now-defunct) link from the Federal Highway Administration's National Scenic Byways website that describes the Cass Motor Sales Building as "a fine example of 1920s Art Deco styling as applied to commercial structures."

The relationship between Cass Motor Sales and Marmon Motor Company is illustrative of a phase in the history of the automobile industry when, before the Great Depression of the 1930s, numerous small and medium size automobile manufacturing companies occupied a tiny but significant sector of the marketplace. Cass Motor Sales also reflects the transition in land use within the University-Cultural Center, away from a more strictly residential area to a commercial and mixed-use area.

In other words, it heralded the beginning of the "Midtown" we know today.

It goes on to say that the company called Cass Motor Sales was originally established as a Chrysler dealership in 1925, but that this building at 5800 Cass was not constructed until 1928.

A rather useful article in the Michigan Manufacturer & Financial Record, Vol. 27 entitled "Exhibitors at the 1921 Detroit Show" lists addresses of the company showrooms who were taking part in the early version of today's North American International Auto Show. Showrooms it listed along this stretch of Cass included the Columbia Motors showroom at 4221 Cass, Cadillac Motors at 6001 Cass, Buick Motors at 6800 Cass, Holmes-Detroit Automobile Co. at 4130 Cass, Franklin Motors at 3745 Cass, Detroit Electric Car Co. at 5860 Cass, Oakland Motors at 6540 Cass, Winton Motors at 4465 Cass, and Signal Motor Trucks at 5850 Cass.

I should probably mention that this stretch of Cass was not the only "motor row" in Detroit--there once were several, all over the city.

Both Marmon and Lexington Motors were listed in a building at 5940 Cass that is no longer standing. In fact many of these addresses are no longer standing, partially because the I-94 expressway trench cut its way through the middle of the 5800 block--this building itself is perched precariously over the canyon, and its bare northern wall has been painted with billboard ads.

I was about to say how ironic it is that historic automotive buildings were obliterated by transportation progress that the automobile itself started, but it's not ironic--it's perfectly typical.

Now, with the recent plans to widen I-94, the historic United Sound Systems Recording Studio on the opposite side of the freeway at Second Avenue has been threatened with demolition. Unfortunately, it has been asserted in an MDOT study (Section 6.4.3) that if the widening plans were altered to go around the United Sound building, Cass Motor Sales would then have to be demolished--and since it is protected by National Landmark status and United Sound is not, things aren't looking good for that important piece of Detroit's music history.

So what about Marmon? An article, "The Prolific and Innovative Marmon," by Dennis E. Horvath says that the firm started making cars in 1902 in Indianapolis, Indiana, eventually building three plants in that city, but ceased operation in 1933. According to autos.ca, Marmon won the first Indy 500 race in 1911.

In its day, Marmon was among that elite clique of Peerless, Packard, Pierce-Arrow, Duesenberg, and Cadillac at the very pinnacle of American automobile engineering and luxury. After the Great Depression was through with the auto industry, only Cadillac and Packard would remain standing. Marmon pioneered the use of aluminum in the auto industry, both as a body material, and for engine blocks.

Marmon's crowning achievement was the development of their 491 cubic-inch V16 engine, which--fatefully--debuted in 1930 just as the Great Depression was becoming very real, and no one could buy such extravagances anymore. Nonetheless, the Society of Automotive Engineers hailed the beautiful Marmon Sixteen as “the most notable engineering achievement of 1930.” 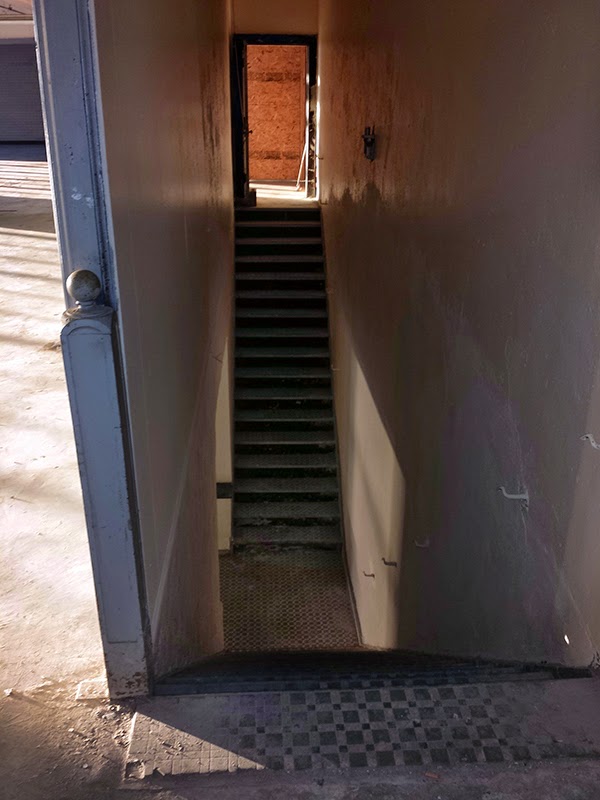 When most people speak of V16s today however, the name mentioned is not Marmon but Cadillac, who happened to introduce their V16 in the 1930 model year as well. According to the article "Cadillac V-16: Worth Its Weight in Prestige" by Robert C. Ackerman, both Marmon and Cadillac began developing their 16s in 1926, though I have seen some sources that claim Marmon was the originator of the concept, and that Cadillac was able to cut Marmon off at the pass with the help of a former Marmon engineer who had defected over to Cadillac.

Peerless Motors (no relation to Peerless Cement) was also working on a 16 at the same time, supposedly with the help of yet another defecting Marmon engineer. Bugatti had a "U-16" engine in 1915, but it was essentially two conjoined straight-8s.

According to the book 80 Years of Cadillac-LaSalle by Walter M.P. McCall, Cadillac's decision to build and street a 16-cylinder was a calculated power move that was aimed directly at dethroning Packard from its exalted position of opulence at the top of the American luxury car market. "In an era of fours, sixes, and straight eights, the public was dazzled by the very notion of a sixteen-cylinder powerplant," McCall observes.

Packard had been strutting their kingly V12 for a few years already, so Cadillac and Marmon both vied to topple their seemingly impenetrable fame by doing the only thing that could possibly top such an engineering marvel--tacking on a bunch more cylinders. Marmon's V16 cranked a full 200 horsepower--making it the second most powerful car in America behind Duesenberg's supercharged straight-8. The general consensus however was that a 16 always ran smoother than an 8.

A car built large enough to handle such a powerplant was capable of reaching a top speed in excess of 100mph, whereas the contemporary vehicle of the day, Ford's Model-A, was completely maxed-out at a mere 65mph. Whether there were any roads yet in existence where one could even attempt to successfully drive a car at 100mph is doubtful, but that day was coming.

Less than 400 Marmon Sixteens were ever built. The company was kaput by 1933. Compare this to Cadillac's V16 production run of 4,403 units. Owing to the strength of being part of General Motors, Cadillac was much better equipped to take the sales losses.

I found a photo of this building c.1976, in the DUCP, which shows it used to have more windows:

The Michigan Automobile Dealers Association Yearbook and Directory for 1963 shows that this building at 5800 Cass housed the showrooms of the Chrysler, Plymouth, and Valiant brands at that time. The building was most recently used by Dalgleish Cadillac.

For this building to have remained so perfectly intact with original fixtures and furnishings is an incredible feat for a building of its age in Detroit.