Established in 1891 by Frank Porter Glazier and specializing in the manufacture of oil-burning and kerosene stoves, the Glazier Stove Works dominated downtown Chelsea for the first four decades of the 20th century, though only a few of the buildings remain today. 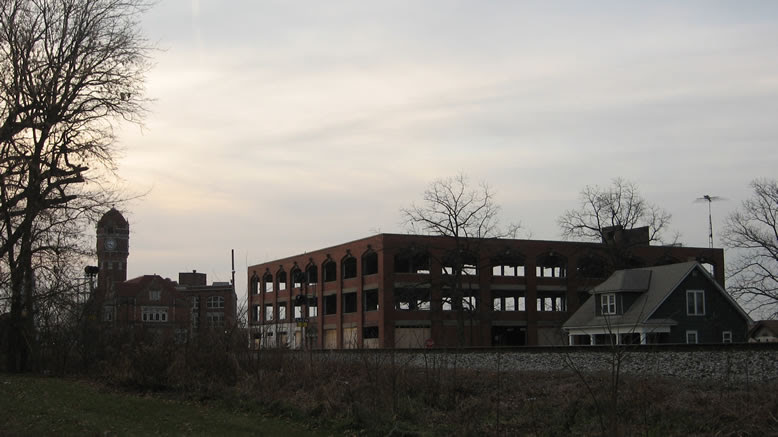 The book Past and Present of Washtenaw County, Michigan, by Samuel Willard Beakes says that in February of 1894, a massive fire swept through the plant, the Chelsea House, and a nearby church and parsonage. A fire company even came all the way from Jackson to help battle the flames. Another disastrous fire broke out in the tin shop on March 25 of 1895. Shorpy seems to have no lack of great historic photos of this plant in its early years. 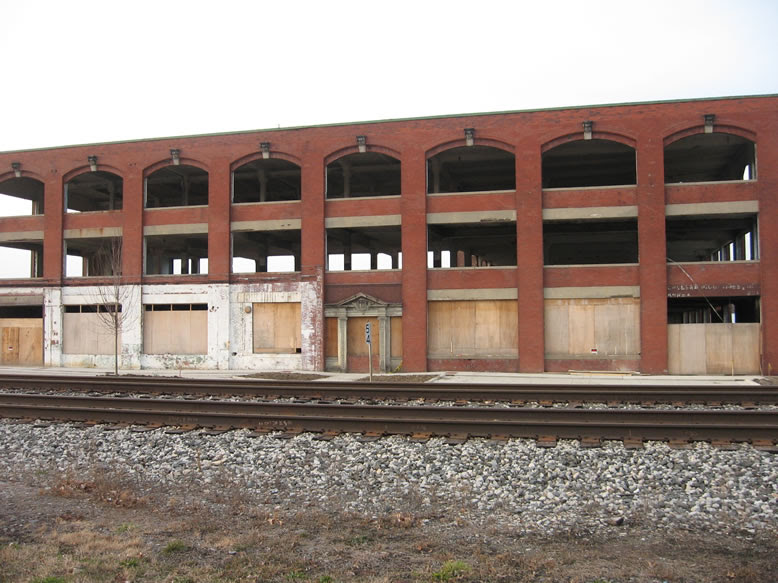 A webpage featuring information courtesy of the Chelsea Historical Society claims that by 1907 the Glazier Stove Company became the largest oil stove company in the world (though this is probably an exaggeration) and its products (which were used for both cooking and heating) were shipped across the globe. It occupied 10 acres and consisted of 18 structures, including a brass foundry, an iron foundry, a pig iron and coke storage building, and an enameling and polishing building. 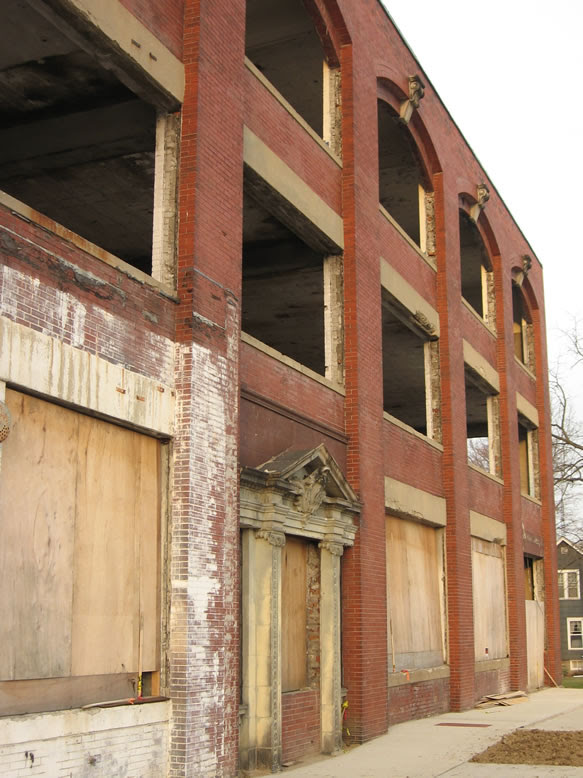 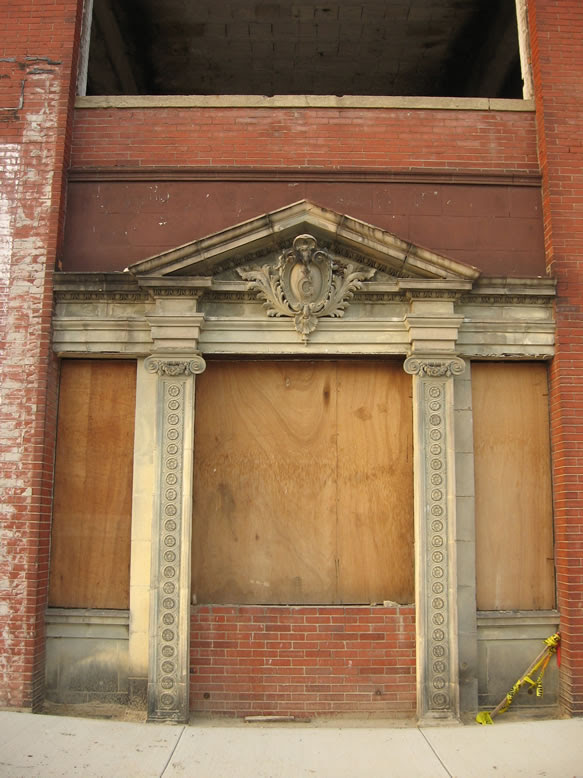 In 1907 three new, more ornate structures were erected along the Michigan Central Railroad tracks, the clocktower / watertower building, the Welfare Building, and the Steel Range and Warehouse Building (left to right in this historic photo). The "Steel Range and Warehouse Building" was apparently the one that I was currently standing in front of. The "G" in the crest over the door obviously stands for Glazier: 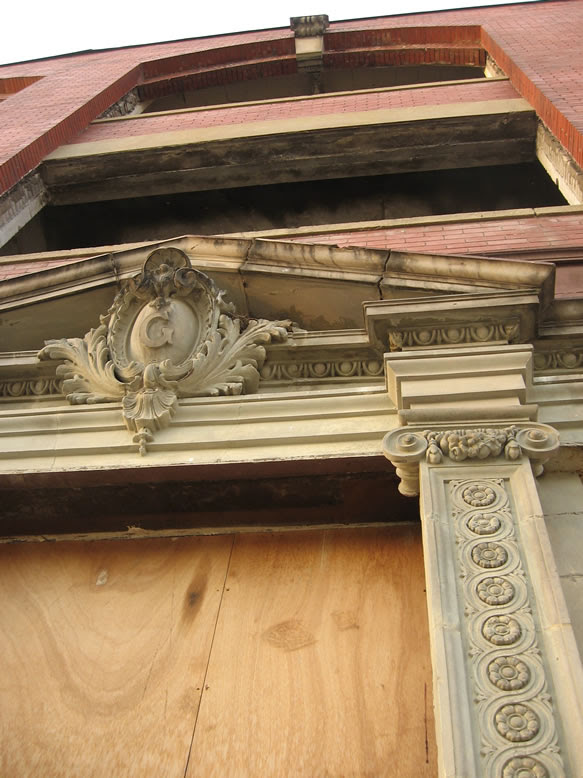 The MSHPO says that the clocktower building is Jacobethan Revival style, but its underlying structure employs the "Kahn system" of reinforced concrete. The architect of these new buildings was Claire Allen of Jackson, and the Koch Brothers of Ann Arbor were the builders. 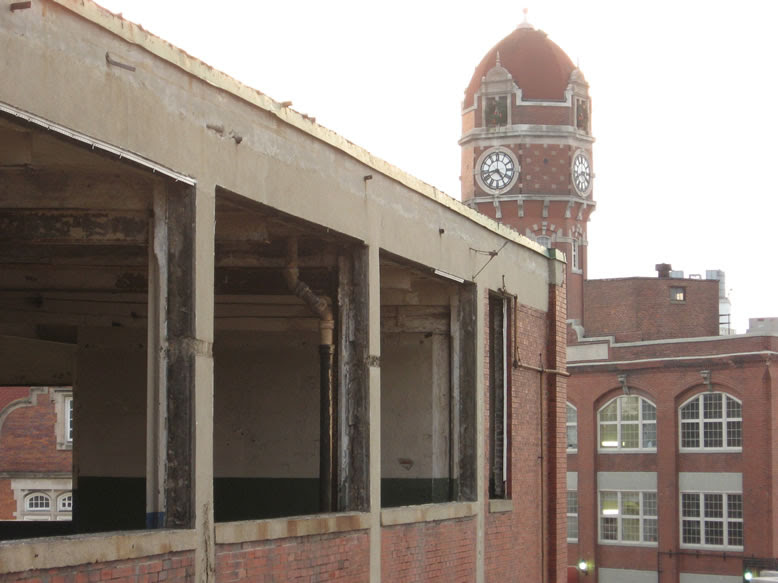 The idea of the ornate Flemish Revival-style "Welfare Building" was considered "revolutionary" in 1907. Since the company had to import most of its skilled labor from outside the Chelsea area, Glazier was concerned that his employees "stay away from saloons and gambling and, according to legend, the women of Chelsea," so he built for them a recreation center, essentially. It contained reading rooms supplied with the "best current literature," a swimming pool, shower baths, lockers, and a gymnasium. 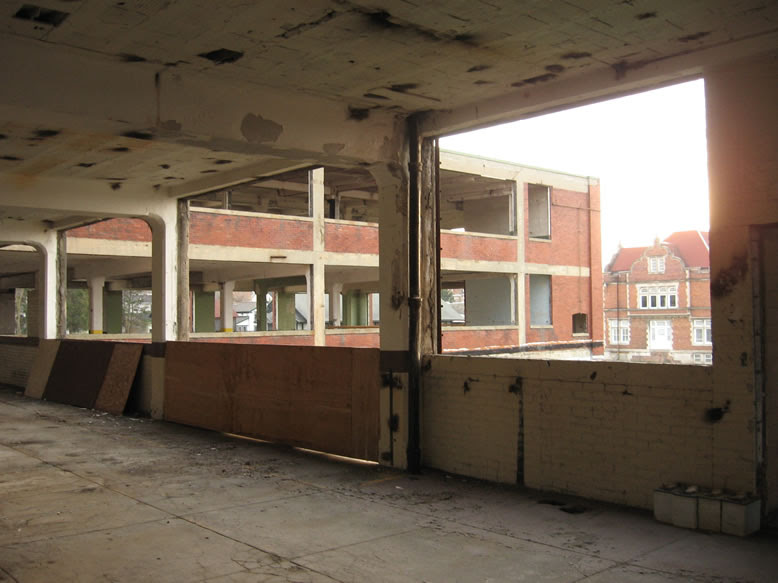 Here is the clocktower / warehouse building on the right, and the "Welfare Building" on the left: 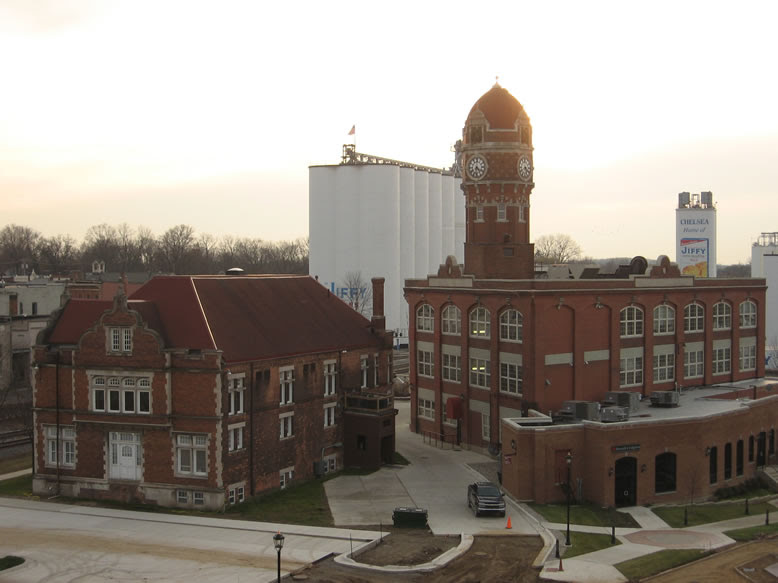 The 135-foot clocktower symbolized the apex of Frank Glazier's era of power and influence, and was the "centerpiece of his vision for Chelsea." It was also the tallest structure in Washtenaw County at the time. However, his luck was about to run out. A 2009 article by Steve Feinman in the Ann Arbor News summed up the controversial man in the following terms:


He was responsible for the Methodist Home and bringing street lighting, municipal water service, and the telephone to Chelsea. He built a major employer and exporter of Michigan manufactured products. He was a hard-boiled businessman and politician, striving to promote his interest, create monopolies, suppress labor and use state funds for private purposes. He stirred strong feelings among his supporters and ongoing animus among his detractors. 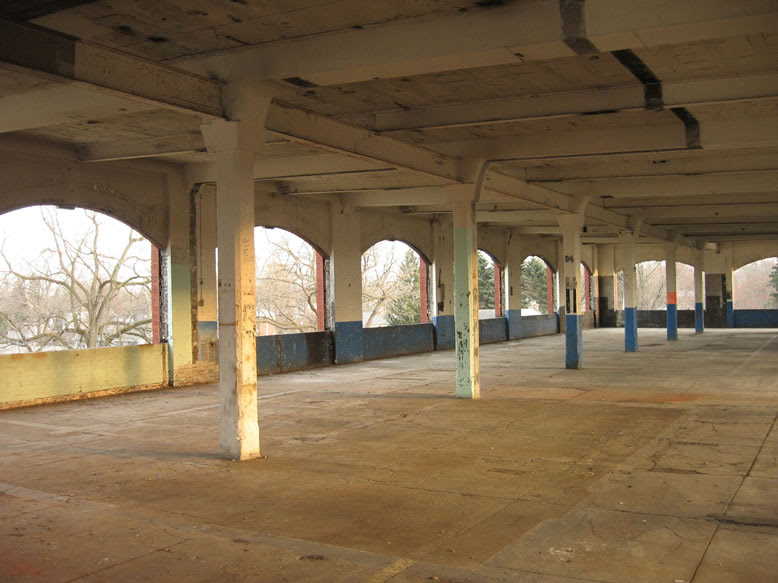 Frank Glazier became a Republican state Senator in 1902, ran for and won the position of state treasurer in 1904, and was reelected to that office in 1906. 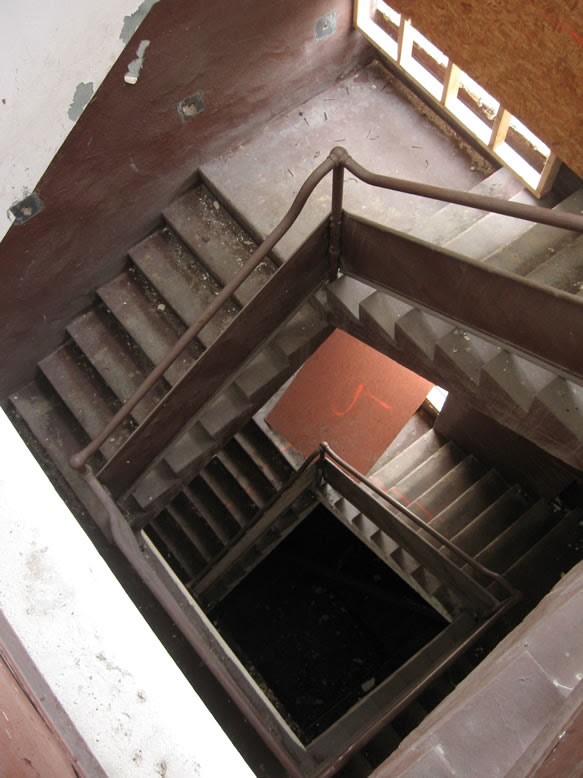 Incidentally, it was within the state treasurer's purview to determine which banks would be state depositories, and Glazier "chose 105 banks, including his own Chelsea Savings Bank." Obviously he, and his company continued to prosper. He bought controlling interest in the Dexter Bank, and expanded his real estate holdings in Washtenaw County and even Detroit.


All was going well for Glazier, and might have continued that way except for one event, the Financial Panic of 1907. The panic started when an attempt to corner the copper market being financed by Knickerbocker Trust Company of New York collapsed. This event, coupled with seasonal demands for cash to pay for agricultural harvest and transportation, resulted in an unexpected shortage of cash among banks. To raise cash, banks in New York demanded payment on outstanding loans. Banks in Michigan, as well as nationwide, used New York Banks as depositories and borrowed from them. As New York banks applied pressure for repayments, Detroit banks called in loans to consolidate cash positions, pay off debts, and hopefully remain solvent. The Detroit Free Press in December of 1907 reported that Glazier could not meet a $50,000 demand for payment by a Detroit bank. 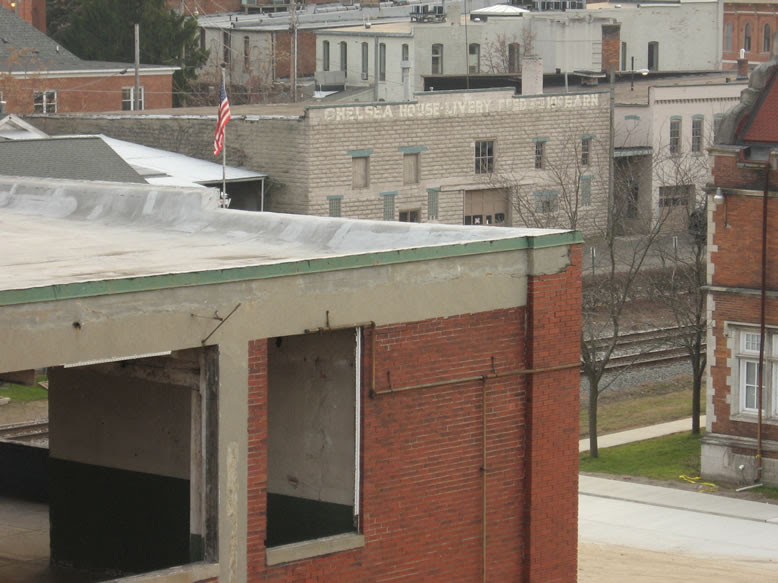 Glazier ended up audited, found bankrupt, and indicted on three counts of embezzlement in March of 1908. During trial he was convicted of the illegal use of state funds to facilitate transactions among selected banks and the stove company.

He was sentenced to 5-10 years in Jackson Prison, though he received special treatment there, eventually receiving a pardon from Governor Osborn after only two years served, on grounds that he was diabetic. 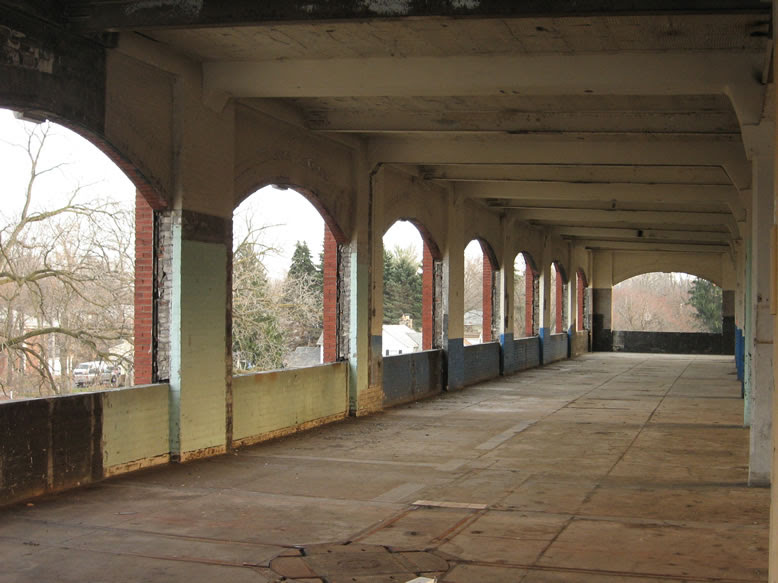 A webpage distills the Glazier Works' later uses from the book History of Chelsea, 1850-1901, by Nina Belle Wurster:

The only identifying name on the structure at the time of my visit in late 2005 was "Chelsea Industrial Annex." 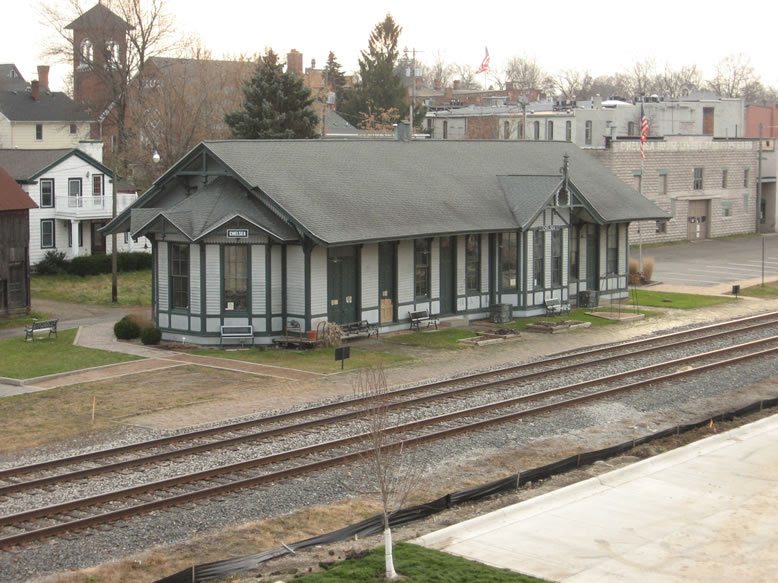 During World War II when Federal Screw operated the plant, the war contracts they held included 50mm projectile casings, jacketed bullets, as well as timer fuses and parts for anti-aircraft guns and tanks. Twice they earned the Navy "E" award. 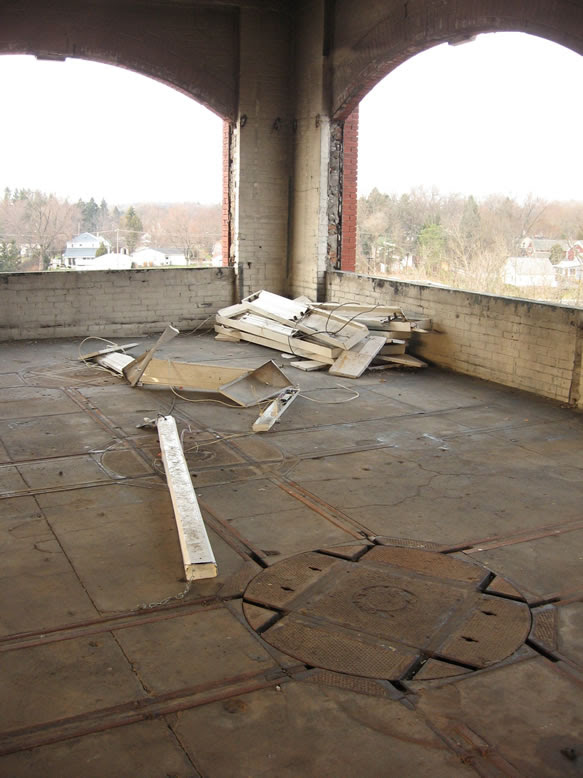 These curious tram rails and turntables in the floor were something totally novel to me--I had never seen them anywhere else until 2010 when CopperCountryExplorer posted some photos from the old Centennial Stamp Mill in the Keweenaw Peninsula showing what looked to be the same thing, albeit in much worse shape. 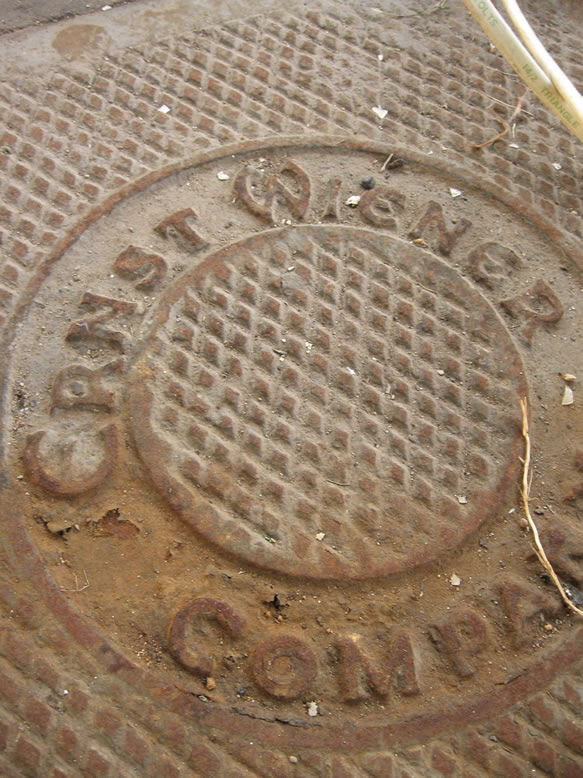 The Iron Age Directory of 1909 lists the Ernst Wiener Co. at the corner of Church and Fulton Streets, Manhattan, as well as another location in Three Rivers, Michigan as manufacturers of hand-cars and carts for various industrial uses. (The corner of Church and Fulton by the way is the site of the World Trade Center today. Furthermore, the Iron Age Directory of 1906 shows them to have a locomotive works in Youngstown, Ohio). 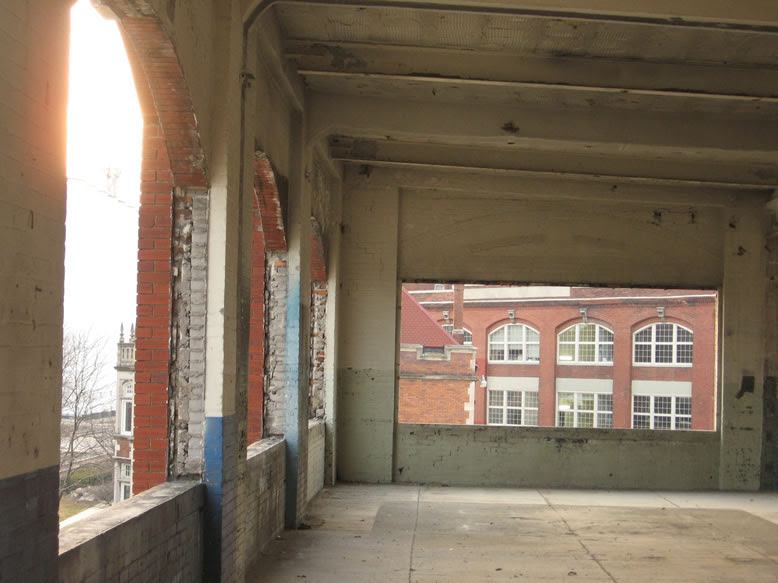 Here you can see there's an unusual form of concrete reinforcement at work: 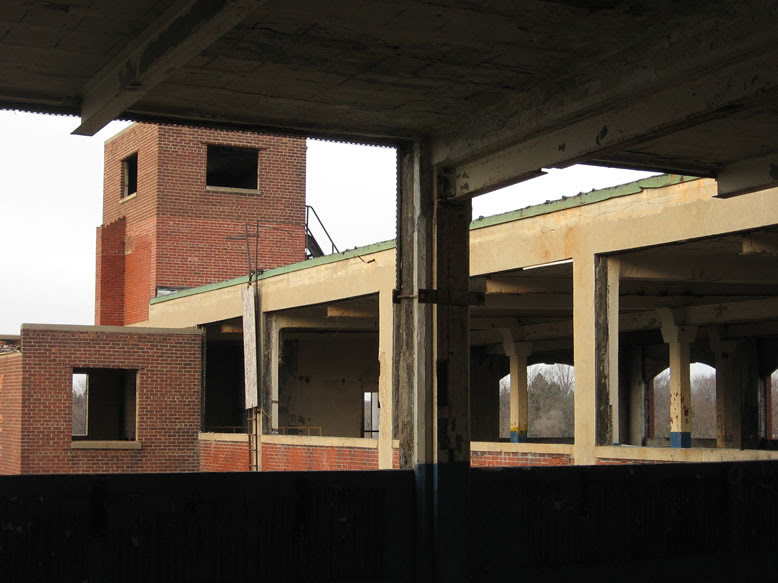 A little ways down the tracks are the silos of the iconic Michigan corn muffin mix overlords, Jiffy: Jiffy-Mix started as the Chelsea Milling Co. over a century ago and continues to make the same simple but damned good stuff today. You are not a Michigander unless you have had Jiffy muffins. 'Bout to go make some right now... 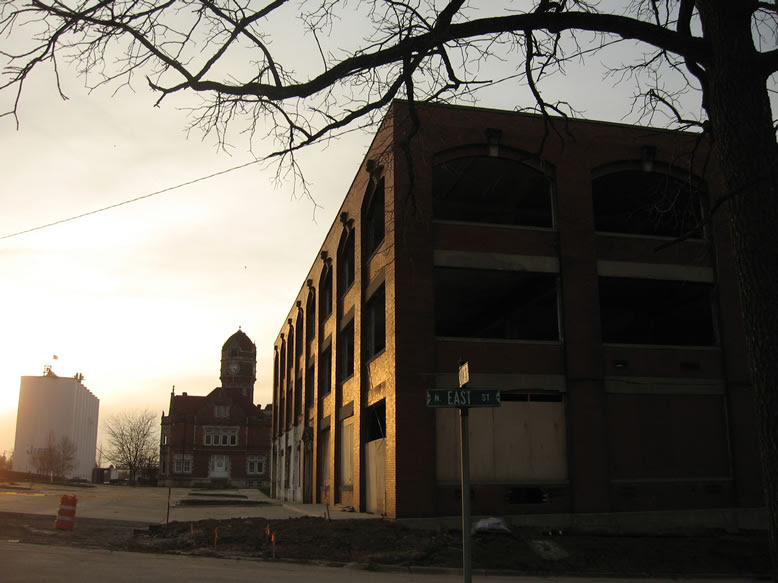 Several years later, while exploring a former Danish homestead on Garden Island in Lake Michigan, I would come across an abandoned example of a Glazier oil stove.