There are a couple abandoned industrial sites right where the Ecorse River empties into the Detroit River, one of which is the Crown Group Plant, which I visited in early 2010, and found it to look like it was about to undergo demolition (there were a couple skid-steer loaders and an excavator sitting). 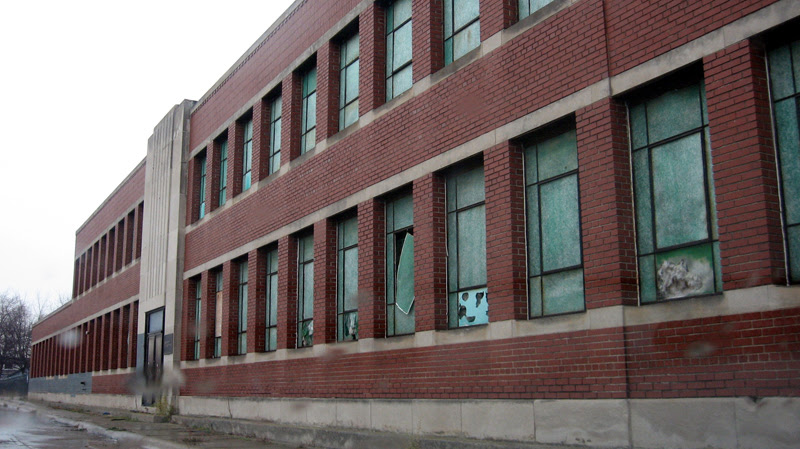 The facade says Albert Kahn to me, and although I haven't found any substantiation of that yet, the nearby Hinkley Motor Corporation Plant, at Cicotte & High, was designed by Kahn in 1921. 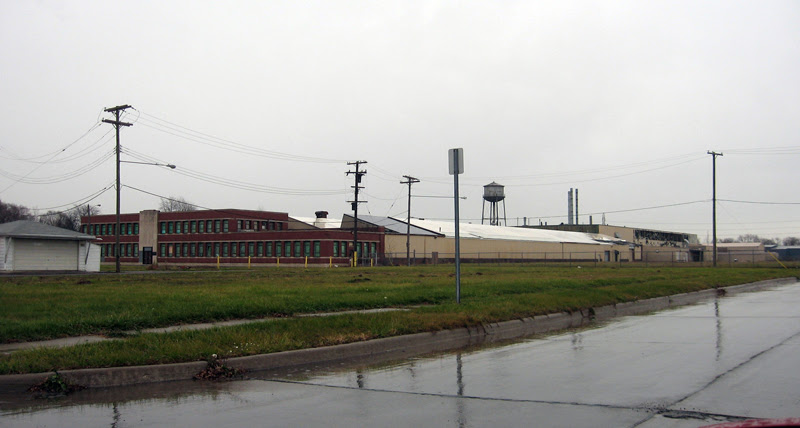 Web searches turn up little info, but there are two addresses I found for the plant, each with a different company associated with it. 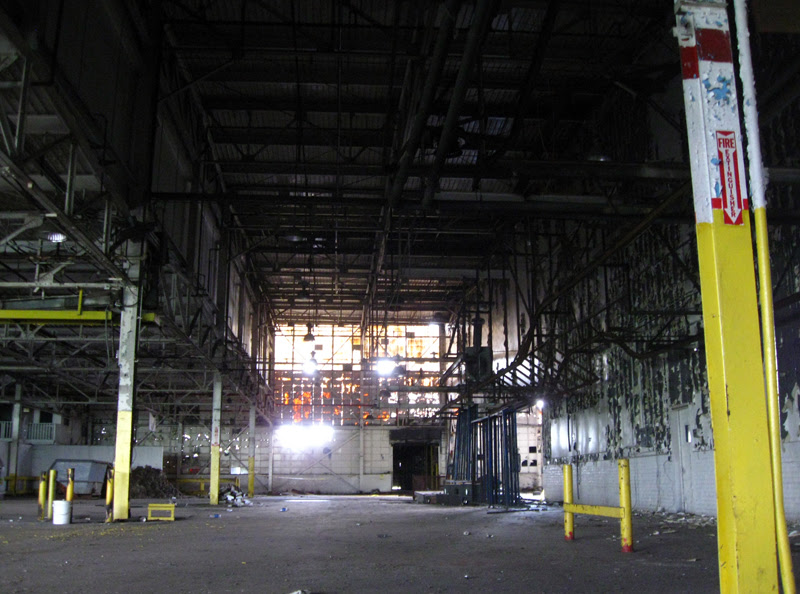 One of them is Bennett Corp. (4647 4th Street, Ecorse, MI), which I dug up via the Resource Conservation and Recovery Act (tracking hazardous waste). The other is from Manta.com:


100 Mill St. Ecorse, MI
Crown Group-Modem is a private company categorized under Wholesale Automobile Parts and Supplies and located in Ecorse, MI. Current estimates show this company has an annual revenue of $150,000 and employs a staff of approximately 2. 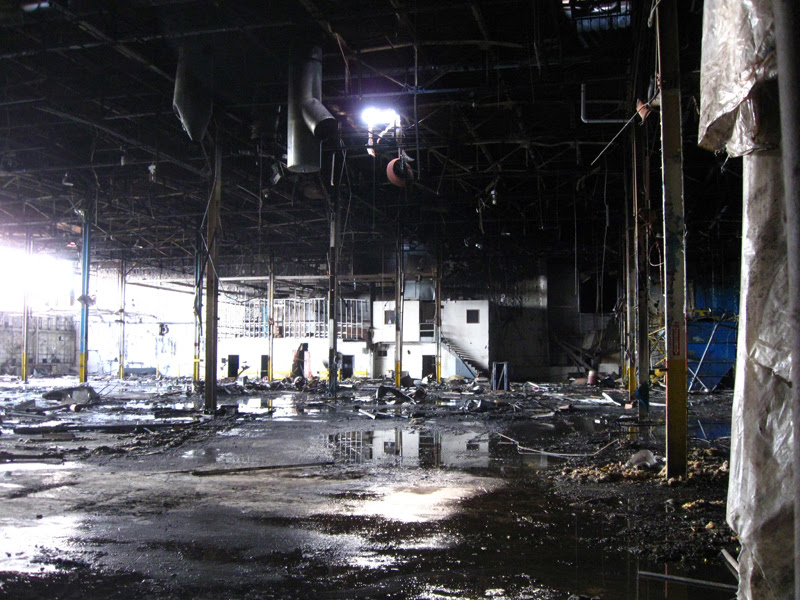 There wasn't a whole lot of stuff in the place, but I’d say overall it was worth a look. 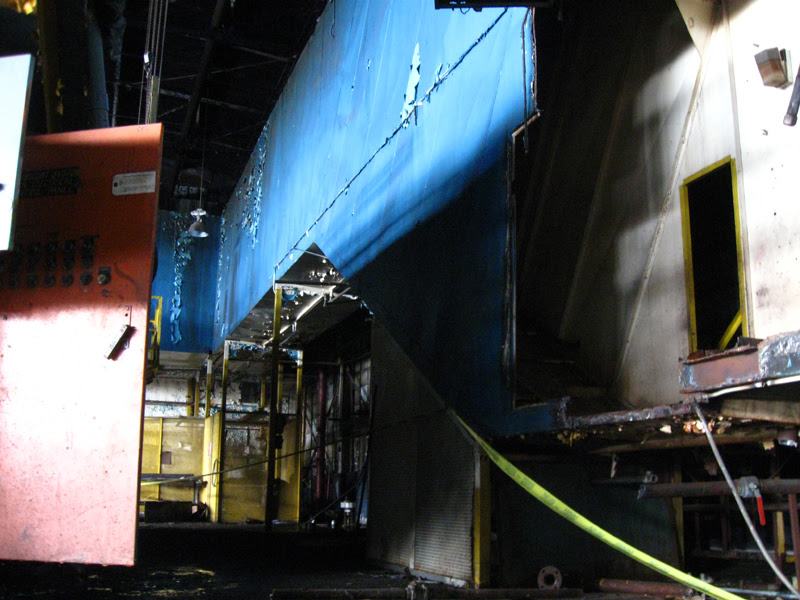 According to a now-defunct link to a 2005 clickondetroit.com story,


The October issue of Products Finishing featured a cover story on a paint stripping operation at the Ecorse, MI, plant of The Crown Group Inc. Shortly after the story was completed, a fire seriously damaged the paint line at the plant. The portion of the plant housing the stripping system. 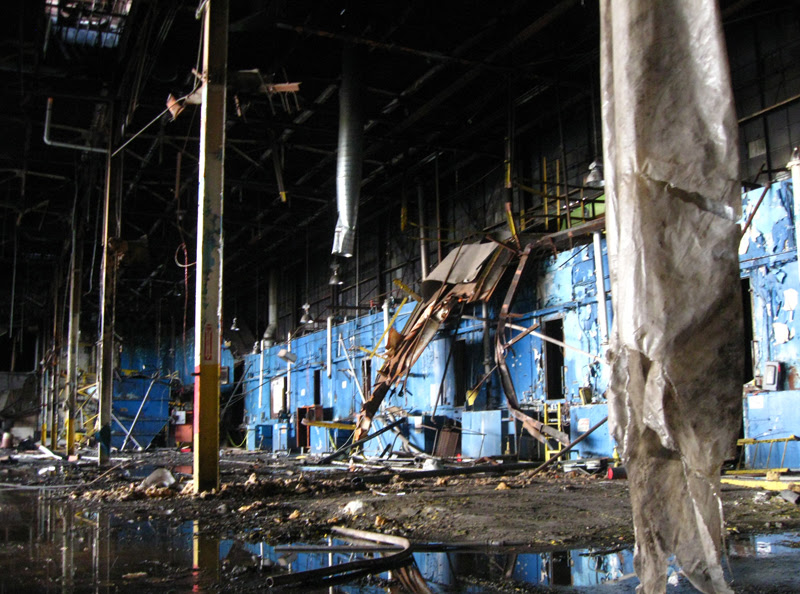 The Crown Group still lives in Ecorse and their website says:


The Crown Group has grown and evolved from a company that was founded by Philip Baer (Baer Industries) in 1950. In 1965, the original “Crown Enameling, Inc.” was founded. That was the beginning of The Crown Group as it is known today.

From its beginning in 1965, The Crown Group had grown to several companies by 1980 and began to establish itself as the leading coatings application supplier for the automotive marketplace.

During the 80’s and 90’s, as the automotive industry supply base expanded into other parts of North America, The Crown Group followed. Additional plants were established to service the ecoating, powder coating, and liquid painting needs of OEMs and the Tier One supply base.

Today, The Crown Group continues to provide excellence in quality, service and delivery for the North American automotive and industrial markets.

Baer Industries is headquartered in Oakland County, if I'm not mistaken. 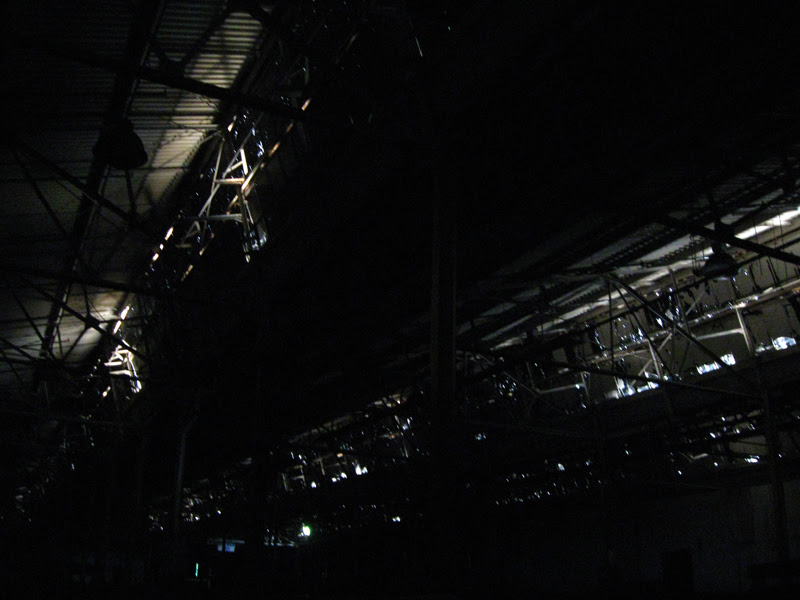 Nice board rooms, with light fixtures that look original to the building: 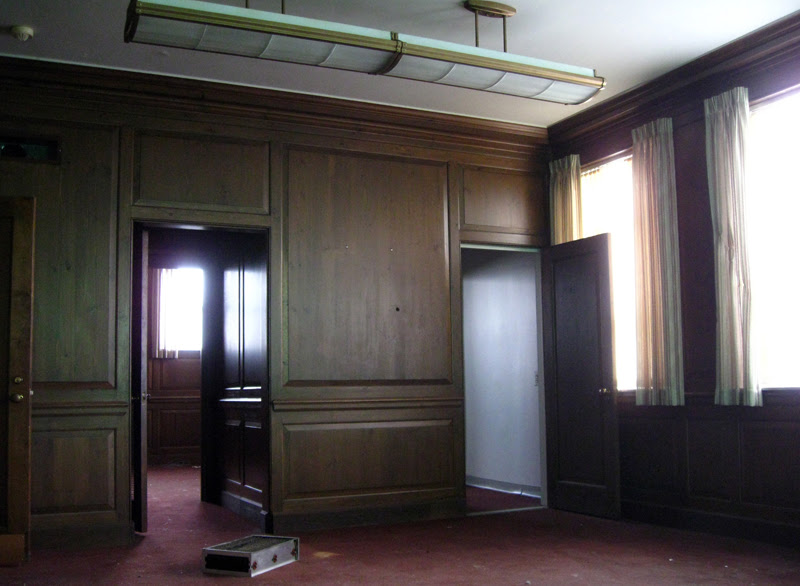 Looks like they did piece work or parts manufacturing for several automakers, i.e., Ford, Dodge, Kia, Mazda, and found some old drawings of parts for AMC cars too. The storage location in the warehouse of some of those companies' parts is mapped on this whiteboard: 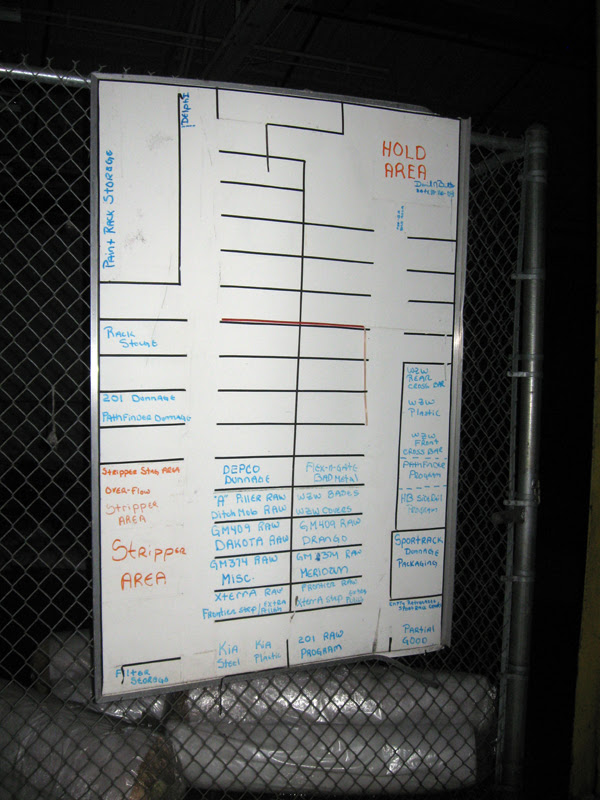 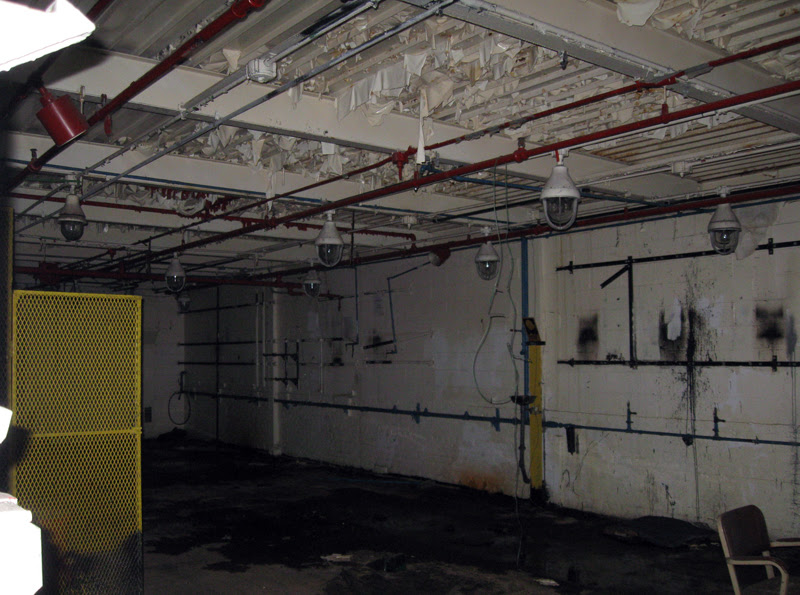 According to Google, the Bennett Corp. still exists in Detroit in some form, but their website is "under construction," and the address listed (7650 Chrysler Service Dr.) is inside the Russell Bazaar. 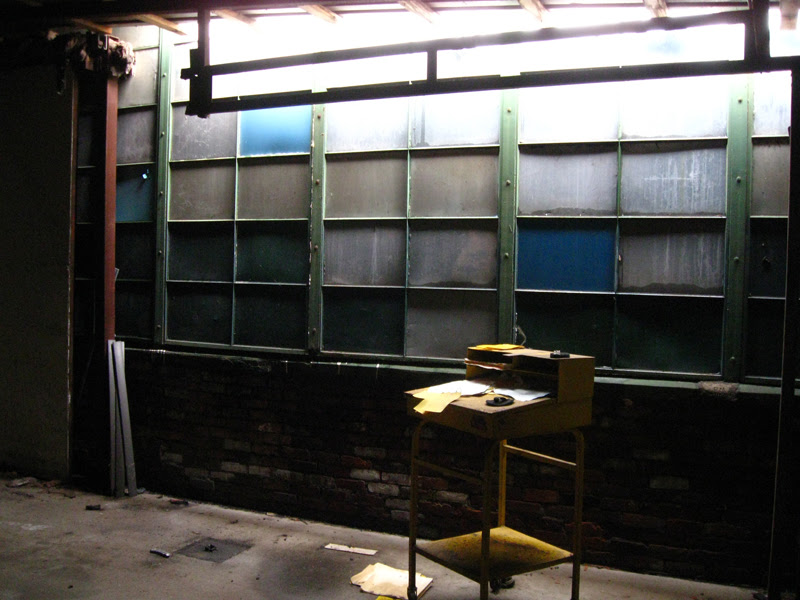 The Sanborn maps for the site do not show this plant standing in 1924, but it does appear on the 1949 map, labeled "Bowen Products Corporation, Metal Stamping Facility;" one website dedicated to Ecorse history says the Bowen Corp. made their home here in 1937. Judging by the snazzy art-deco facade, I tend to agree with that date. 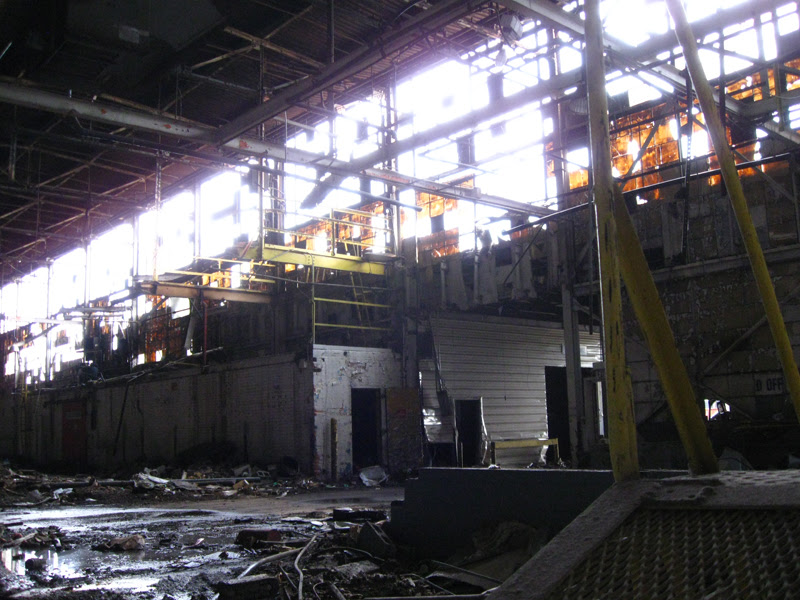 Bowen Corp. has a couple patents to their name, one in 1945 for a type of coat-hanger, and another for an oil cup assembly machine in 1954. Another webpage says that for the war effort Bowen produced fuse parts, 20mm cartridge cases, and 60mm smoke shells. A 1942 issue of Iron Age says that they also did some rather unique coining jobs for the military as well.