Not for the Faint of Heart

The Adams Theater and Fine Arts Building were both demolished in 2009. 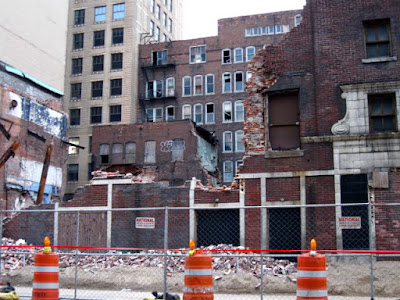 The facade of the Fine Arts Building however was preserved standing, thankfully, so that whatever building theoretically is put there at a later date can have a non-ugly, non-predictable green glass laden postmodern atrocity for a facade. 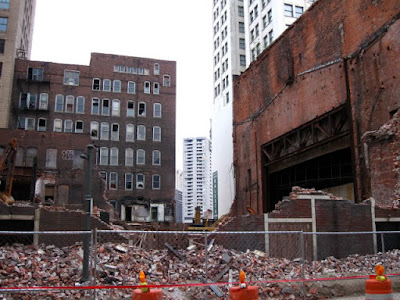 According to Beal Construction LLC, this was the tallest facade ever preserved in this way: 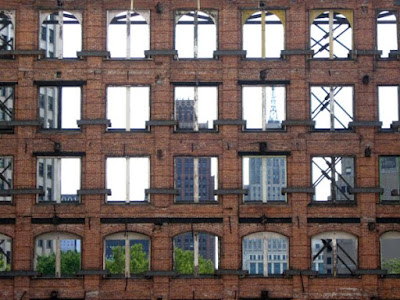 Naturally I saw that it could be climbed easily, so I waited for a night when I was good and bored, and did so. 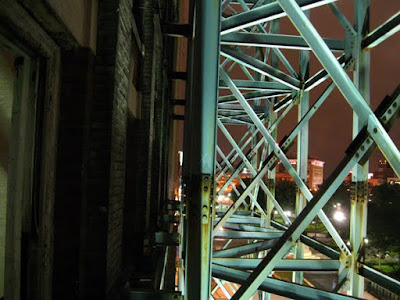 The going was easy at first, but quickly required more and more exertion as I went up. You can see the Broderick Tower still under renovation here, and the Whitney not yet started: 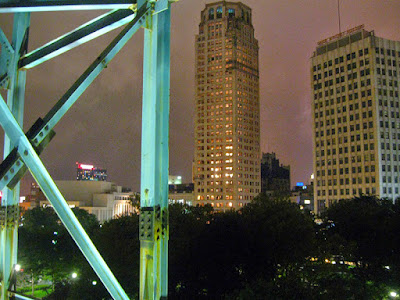 I stopped at about every floor for a rest, so as to keep my energy up. Sloop waited below with the beers. 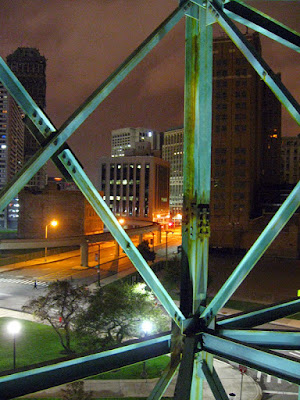 It's been several years since I did this; I'm surprised there have been no taggers leaving their mark up there yet that I've noticed, or political activists utilizing it as a pirate billboard. Hint, hint. 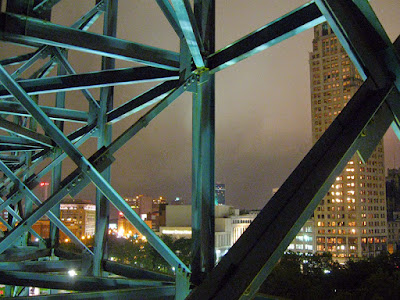 Looking up...there was still a ways yet to go: 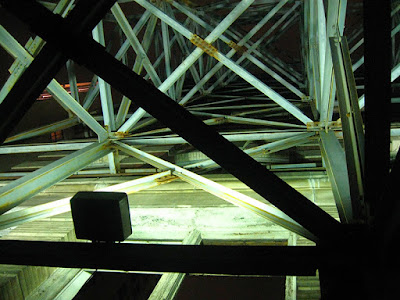 This was a six- or seven-story structure that we were free-climbing, by the way.

Finally I neared the upper floors with the arched windows and fancy stonework: 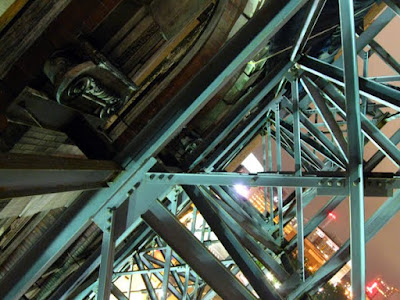 I'll admit it was pretty hard getting decently composed pictures, being that I had to wrap my legs and/or at least one arm around the steel to keep myself from falling, while using another hand to brace the camera against the structure somehow for longer exposures. 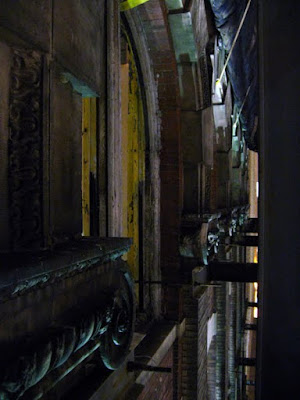 A tripod here would be out of the question anyway; there is nowhere for your feet to stand on, let alone for setting up a tripod. 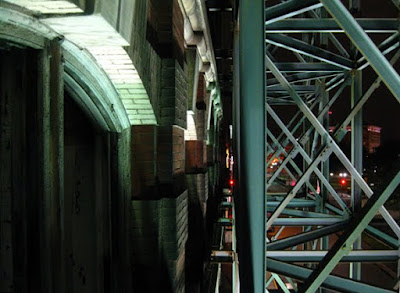 After I had gone Sloop took his turn, and quickly understood why I had come back down in some measure of physical pain from the fatigue of clinging to the side of a steel girder for the entire duration of the climb (about 20 minutes). I was sore for about four days afterward.