Sunset for the Somerset

Since the Somerset Apartments at 1523 East Jefferson Avenue has just recently sloughed-off this mortal coil and is headed to the rubble heap as we speak, I suppose it might be worth digging out my old pictures of it. These photos are all scanned from 35mm film. 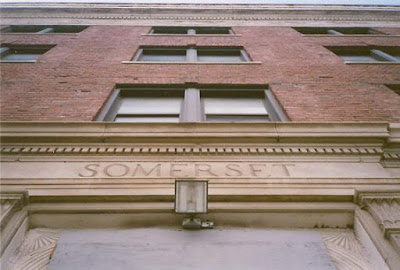 There wasn't much in the way of a fancy lobby to the place as I recall, which was a bummer. You know, it's been so long now I can't remember it at all. 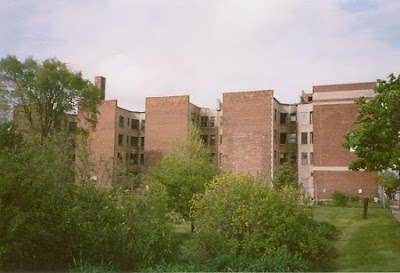 From the roof we could watch the demolition of Medusa Cement and portions of the Detroit Drydock taking place: 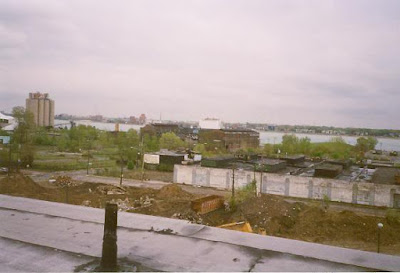 We really didn't find the Somerset to be terribly interesting; it was basically like a lot of other apartment buildings in the city from the same era: 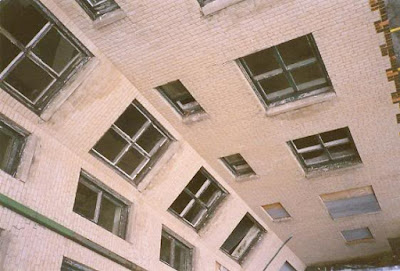 There had clearly been an effort at some point to save the place for renovation, as it actually sits in a rather desirable location. It had always been kept pretty well sealed-up, surprisingly, which also reinforced my belief that it had an owner who cared to do something with it. 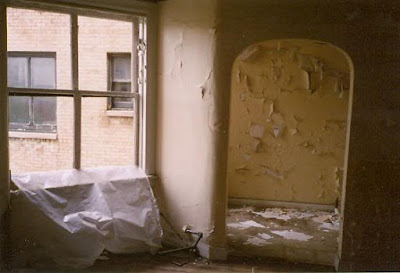 The interior was kind of dark and monotonous for the most part, so we spent most of our time on the roof enjoying a perfect summer day. 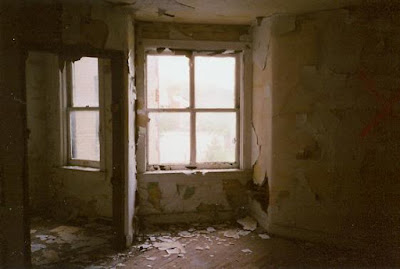 The place was built in 1922 and is actually in the National Historic Register, as are 27 other such apartment buildings on East Jefferson. The MSHPO says that the style is both Georgian and "Adamesque" in style...which I had never heard of before. Furthermore, it was


...a significant example of high-quality, middle-class multi-unit residential architecture. It is a notable representation of the development of East Jefferson Avenue as it progressed through the 1920s and demonstrates the tendency of applying historical elements to an otherwise simple and modern structure.

The building also went by the name Parkcrest Apartments for a time. 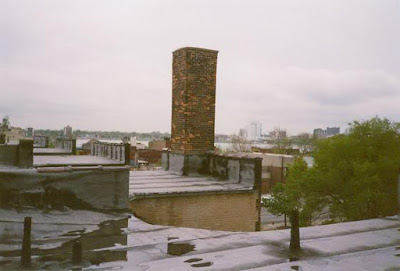 My colleague Ben Gravel writes that this building was actually designed by the famous Detroit theater architect C. Howard Crane, who (despite this comparatively modest building) designed most of Detroit's most fabulous halls of entertainment. 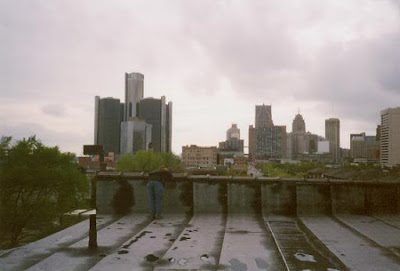 The view of the skyline was pretty decent, and in 2005 it appeared that the roof had recently been sealed. Bringing this building back from the dead would have been a cinch, relatively speaking.

Since the Detroit Screw Works had lately been demolished as well, we considered this rooftop as a potential spot for watching the fireworks. 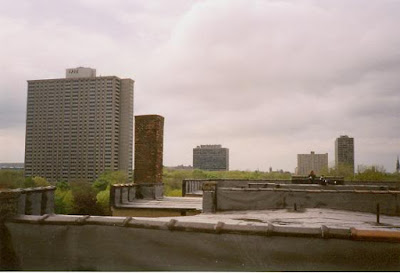 The owner tried to sell the building off in 2007, but it remained vacant and things started to go downhill for the Somerset in 2008 when Kwame the Destroyer put it on a demolition list. The real estate listing was dropped in 2009. After that the usual vandalism started appearing, and finally on an extremely windy day in November of 2013, a fire swept through the entire structure, gutting it. Demolition was completed in 2014, and yet another remnant of old Detroit was erased.