During 2005 Chisel and I would drive around the city pretty much all weekend looking for things to check out. Most of the time we would stop in really quickly and step out if it wasn't that interesting. Because I shot film back then, I fired a lot fewer frames than I do now. One of the places in Southwest that we stopped into seemed to be part of some steel mill we figured, but we never did learn what it was before it was torn down. It was at the intersection of Parkinson & Bruckner, near where one of Chisel's friends lived. 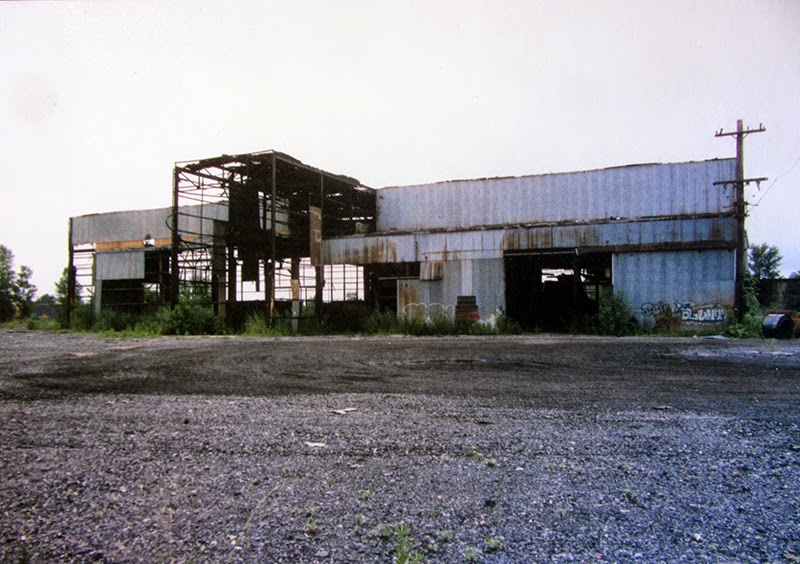 The Sanborn map for 1910 shows this area to be occupied by the Roe Stephens Mfg. Co. Iron Foundry, but that most of that structure was currently in ruins following a fire. The Sanborn map for 1924 shows a new factory on this spot named the Michigan Valve & Foundry Co. It shows this particular building to have been the "core room" of the foundry, and I believe this view is of one of the ovens: 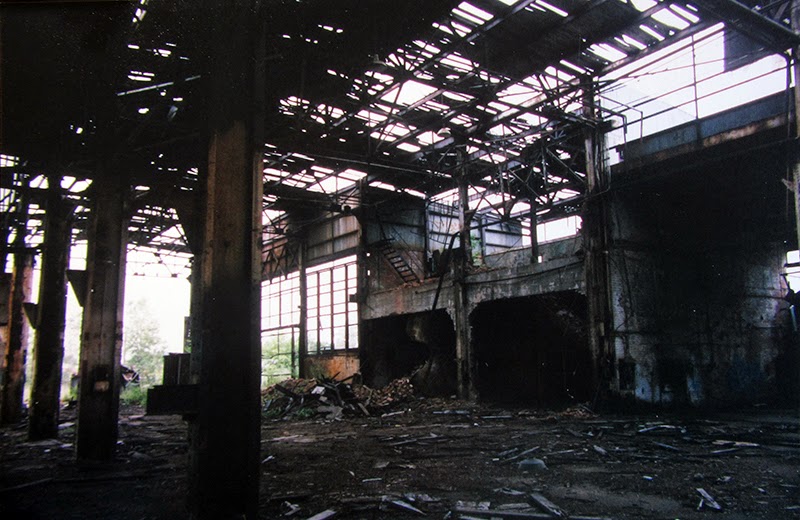 As it turns out, Michigan Valve & Foundry Co. was pretty well known for making fire hydrants for municipalities across the country, and there is even a fan page dedicated to documenting every type of hydrant they made. According to that website, the company was founded in 1852. This last-standing structure of the foundry was used for storing old sheet steel coils if I remember correctly, and it was torn down in about 2009ish.