Daytime in the Switching Yard

Across the tracks from the Grand Trunk Car Shops that I had just checked out sat another cool abandoned structure, the roundhouse of the Port Huron & Detroit Railroad: 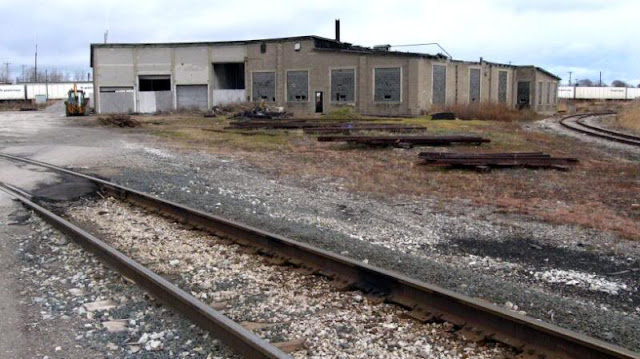 The Port Huron & Detroit Railroad was incorporated in September, 1917 according to one website, to own the 15 or 20 mile long line from Port Huron down to Marine City. It was bought up in 1984 by the Chessie System, and again merged into CSX by 1989. 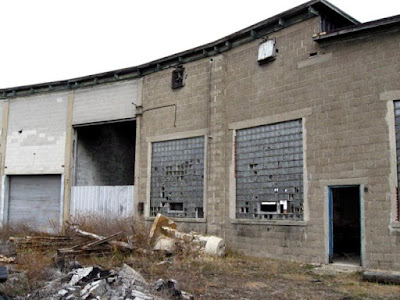 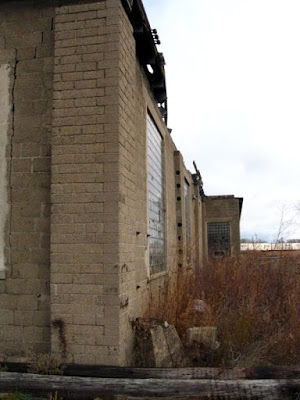 The Port Huron & Detroit Railroad's roundhouse was built with four locomotive stalls in 1920 according to MichiganRailroads, but after being all but destroyed by a fire in 1926 it was rebuilt with six stalls. 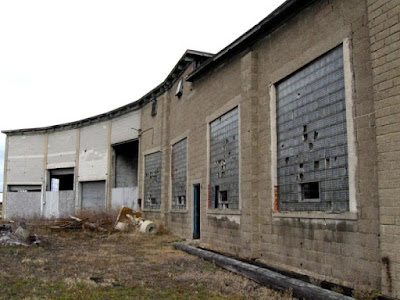 Unfortunately the interior was a wreck and the roof was almost nonexistent: 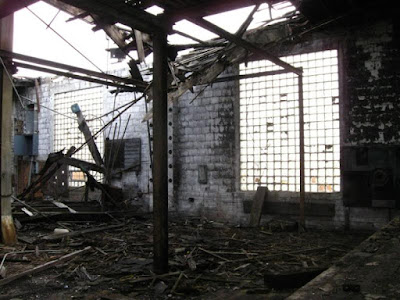 The original steel sash windows were replaced with glass block: 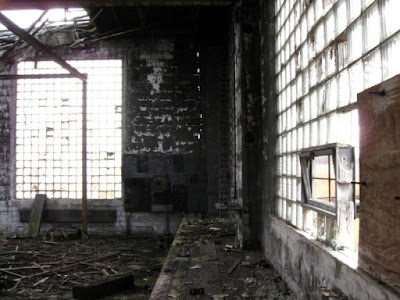 Apparently a historical society started in 2007 to (among other things) restore this roundhouse. 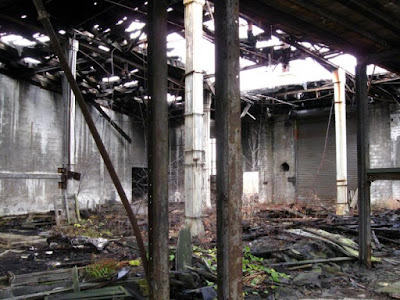 Update: As of December 2018, CSX began demolishing the roundhouse, but then stopped, and has apparently decided to transfer it to the historical society for preservation, according to thetimesherald.com. 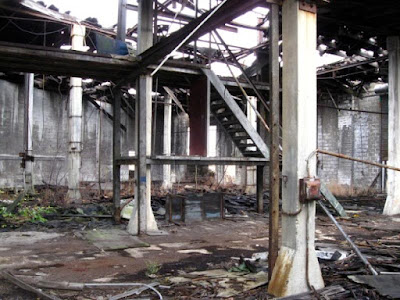 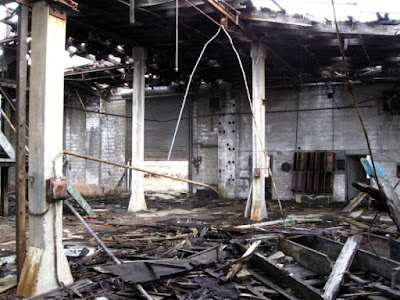 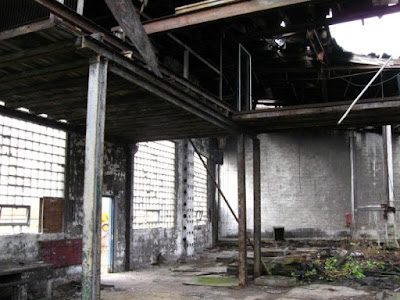 It looks like there is a strange assemblage of different construction styles in here; you've got brick and block outer walls, both steel and concrete stanchions, holding up a mostly wooden roof. Talk about a mishmash. 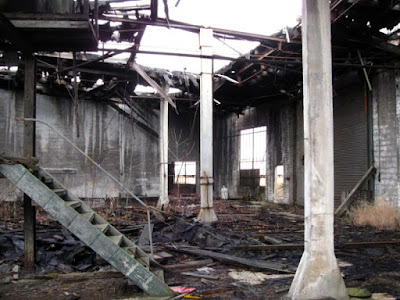 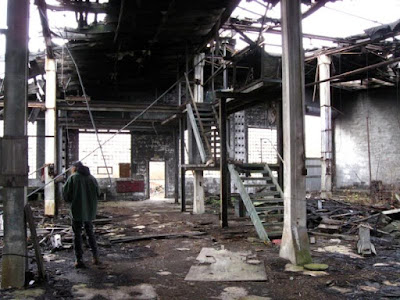 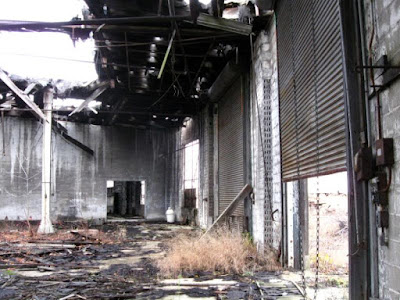 I think this may have been a pit for working on the undersides of the locomotives: 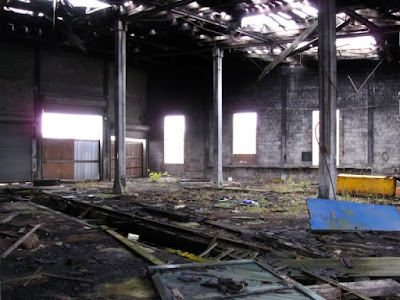 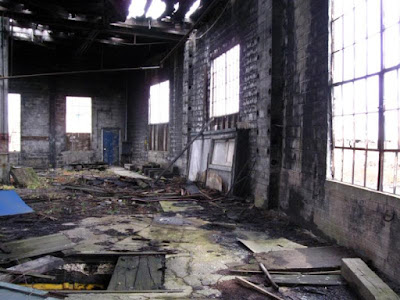 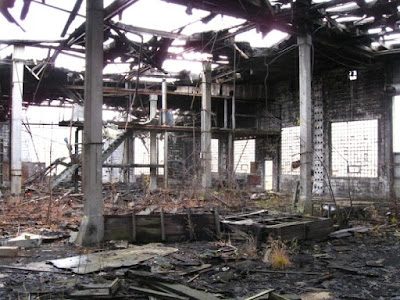 Up the track a little way sat the yard offices: 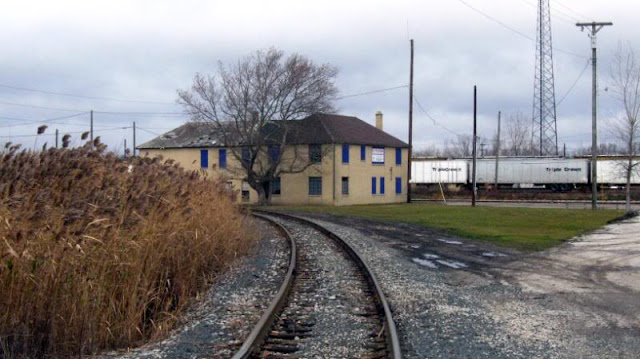 In 1891, the GTRR completed the St. Clair River Tunnel to Sarnia, which was the world's first international tunnel, the first underwater tunnel, and it was also credited as the world's longest train tunnel at that time.

The smaller portal to the right is the original tunnel, which is now out of service while the larger, more modern one to its left accommodates today's taller trains: 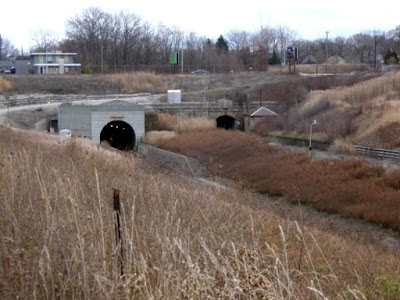 In 1918, the same year that the aforementioned Grand Trunk's Port Huron Car Shops were completed, there was a German Secret Service plot to destroy the St. Clair Tunnel. Their original idea was to attach dynamite to a passenger train going into the tunnel, but that plan was found to be too difficult to attempt so they designed a car rigged with explosive, which would be rolled into the tunnel from the Port Huron side. The conspirators were arrested before this nefarious scheme could be executed, in December 1917 and convicted on two other counts of attempted bombing.

Another familiar landmark in Port Huron is the Pere Marquette RR Bascule Bridge over the Black River, which sits on the easternmost geographical point of the state of Michigan: 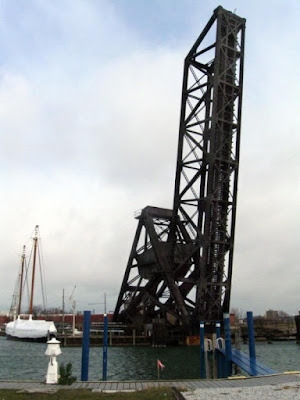 It has been out of service for many years, and was left abandoned in the raised position. In March of 2014, the U.S. Army Corps of Engineers put out a request for proposals to relocate this "rare and highly significant historic bridge" in light of an application by the adjoining Port Huron Yacht Club's application to have the icky old eyesore demolished rather than have to look at it through their monocles anymore.

According to HistoricBridges.org, this is an example of an "Abt Bascule," a design patented by Hugo A.F. Abt of the American Bridge Company. The design of this particular example conforms almost perfectly to Abt's patent, but sports a few modified features that make it unique. The HAER says it was built in 1930 by the American Bridge Co. for the C&O Railroad. Only eight Abt Bascules were ever built, and three of them are in Michigan. 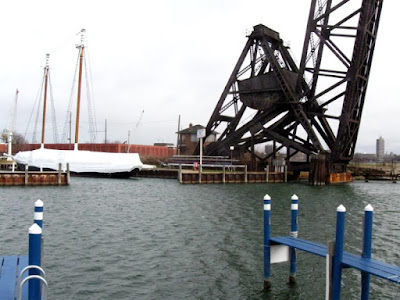 An infinitely more detailed history of this landmark bridge can be read at HistoricBridges.org. The fact is, the bridge does meet the standards of qualifying as a National Historic Landmark for its engineering significance, so I don't see any reason as to why it needs to be disposed of so badly. Other cities have left their historic bridges intact as standing landmarks rather than go through the trouble of tearing them down.

Unfortunately the only access to the bascule seemed to be through the yacht club itself, but on our way through downtown to points north along M-25, we spied this cute little building and noticed that it had a fire escape that was calling my name: 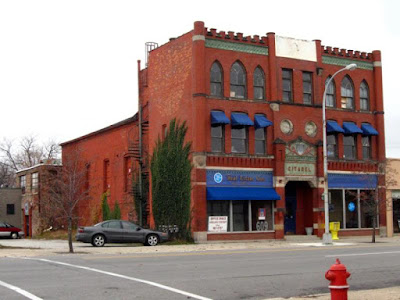 My need to climb had to be sated, and I figured the view from this building's roof should be pretty cool, so why not take a gander? 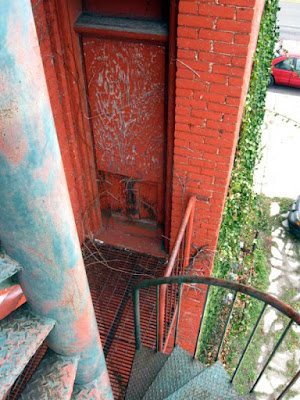 Oh hey, look what big abandoned bridge is in the background: 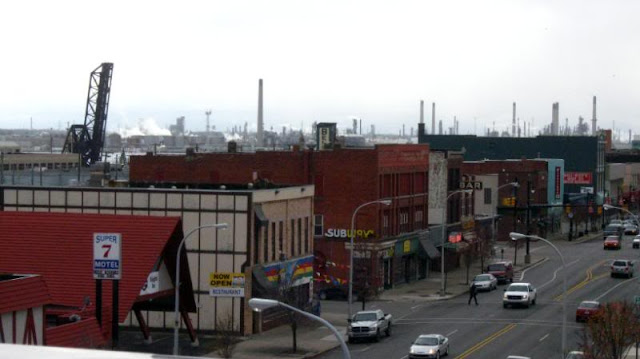 The large span in the background is the Bluewater Bridge to Canada, which is where I-94 begins: 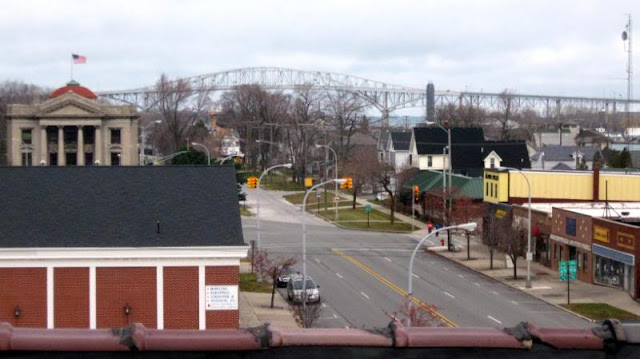 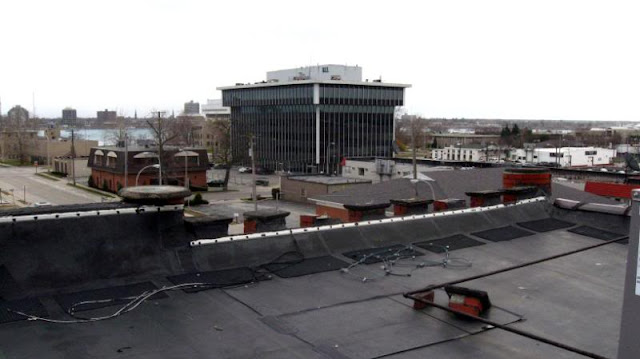 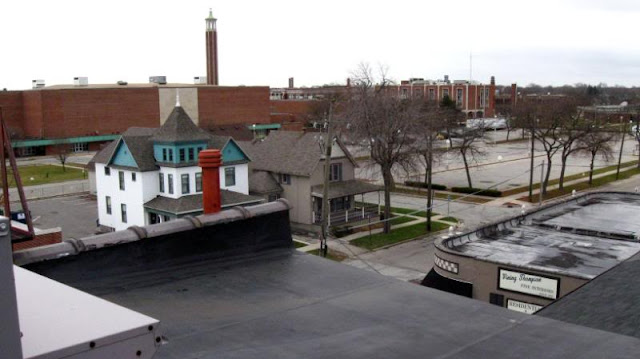