Day 6, continued.
Headed out of Calumet on Tamarack Waterworks Road past the Red Jacket Shaft, you’ll come to a huge pile of ruin that I am pretty sure used to be the Calumet Brewing Company's brewery. The weather began to get a little spooky, and I was afraid a nasty autumn thunderstorm was about to blow in off Lake Superior, but it never came. 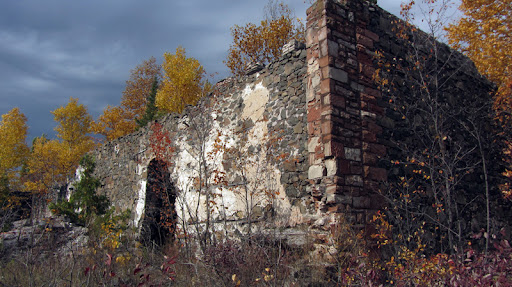 Before this was used as a brewery, I believe I have heard that it was built as a mining building of some sort, but I have not been able to figure out which one. I suppose this could just as well be here-say based on the fact that the building's construction is almost identical in style and material to all of the Calumet & Hecla Mining Co. buildings in town. 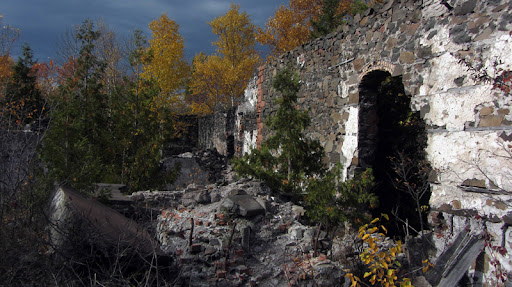 Again, all I really know about this place is what I have heard by word of mouth, which is that it temporarily served as the location of the Calumet Brewery. The structure is a little too busted-up to make much of an informed guess as to its function.

The familiar architecture here also reminded me a lot of the Stella Cheese Factory I had explored the previous winter, which was housed in a former building of the Baltic Mine...perhaps that is what compels to think that this too used to be a mining structure? 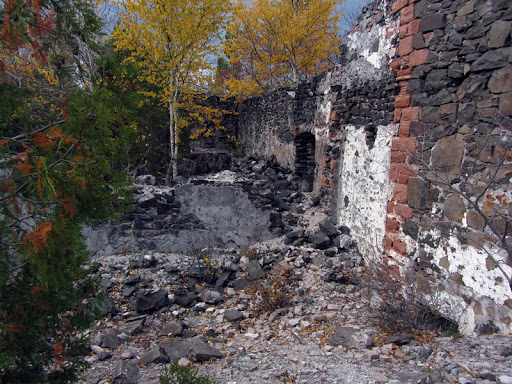 Though there is one internet hit with a little information, which says that the Calumet Brewing Co. was started in 1898 and defunct by 1919. Those years seem to definitely match up for the use of a building of this vintage. 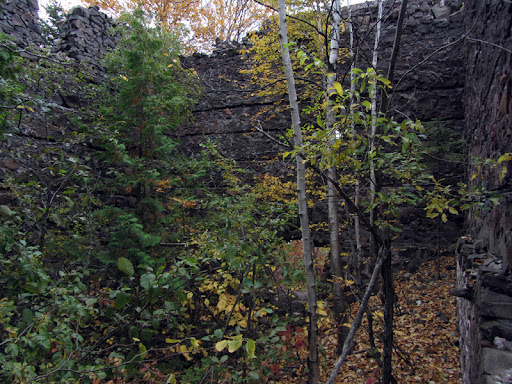 That website shows a historic photo of what could potentially have been this building. Pasty.com also has another historic photo from a different angle. 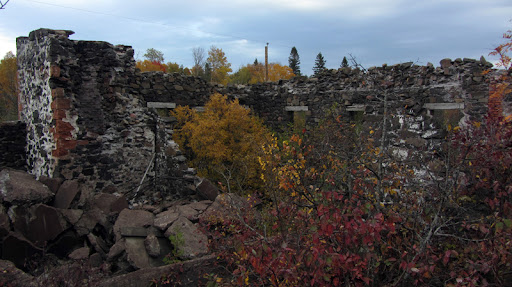 Interestingly, the 1920 Annual Report of the Michigan Department of Labor still shows the Calumet Brewing Co. as a going concern, though they were listed as manufacturing "soft drinks" at that time. I imagine they failed or were bought out a short time after that. 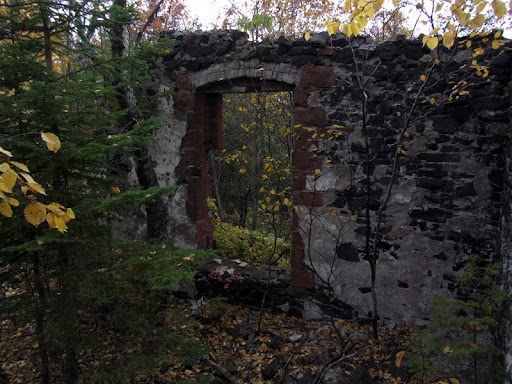 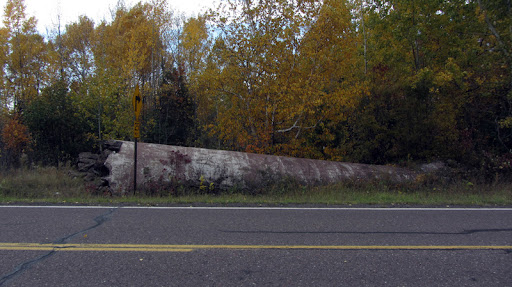 Only in Michigan, right? It looked as though some Yoopers had just got out their chainsaws, chopped it up and pushed it off to the side out of traffic like it was nothing more than a downed tree. There are actually some pretty hefty ruins back behind those trees, but on Google Maps they look to be occupied by someone.

This was the site of the Tamarack Mine #1…just another of the fallen pillars of the magnificent, crumbling Red Metal Empire that hides behind every grove or thicket in the Keweenaw. 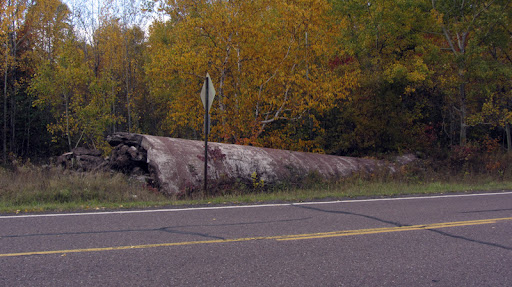 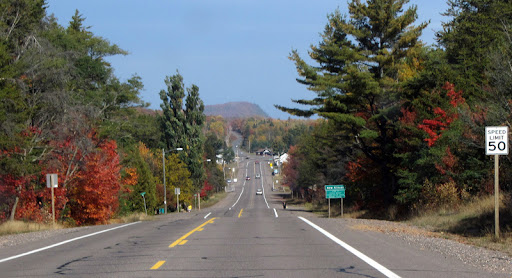 Because I knew Navi would want to see the Keweenaw County Courthouse, I took us to Eagle River. There was also the erstwhile Eagle River Light (turned private residence) here at the river: 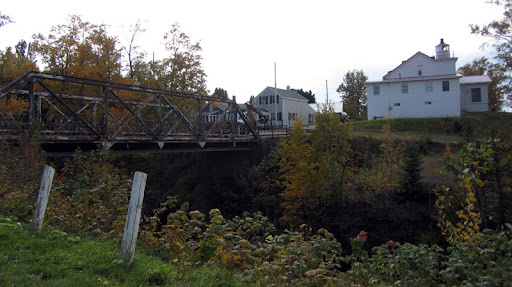 We continued up M-26 to Eagle Harbor, where there was also the much more well-known and typically styled Eagle Harbor Light to see. I had already been here once, and since there were quite a few tourists flooding the place today, we didn’t stay long. 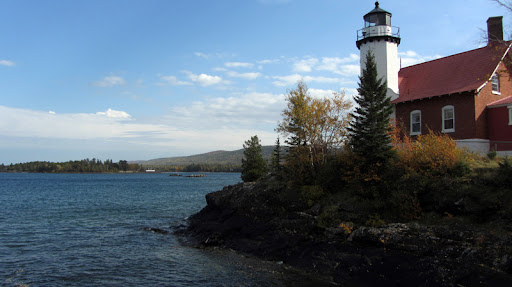 It was now back to the twisty-turnies of Keweenaw County’s awesome roads, deciding to go for broke and shoot all the way to Copper Harbor. I kind of felt like going up Mt. Brockway to give Navi a taste of the terrain up in the real Keweenaw, and another of Michigan’s more spectacular views. 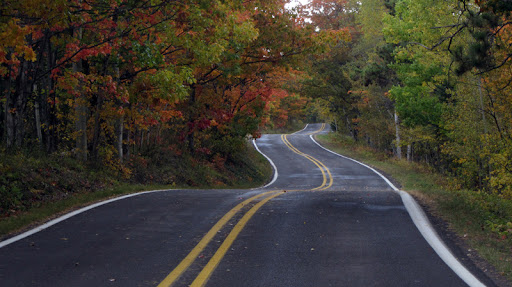 I’m pretty sure that Keweenaw County has the most fun to drive—and for whatever reason—best maintained roads in all of Michigan. Made me wish I still had my ’96 T-bird instead of this wobbly old camel, but the Thundercougarfalconbird would never have made it to Big Erik’s Bridge. It would still be beached like a whale on some pointy rock or bunny-hop in the woods of the Huron Mountains. 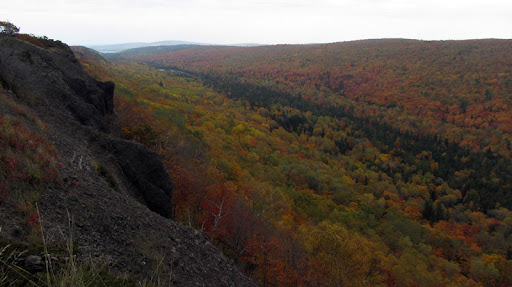