A Bridge To Nowhere

My girlfriend referred to this as her "favorite building in the city"--this place sitting practically underneath the Ambassador Bridge, which still bore the sign of its most recent tenant, Cloyd Container Corporation: 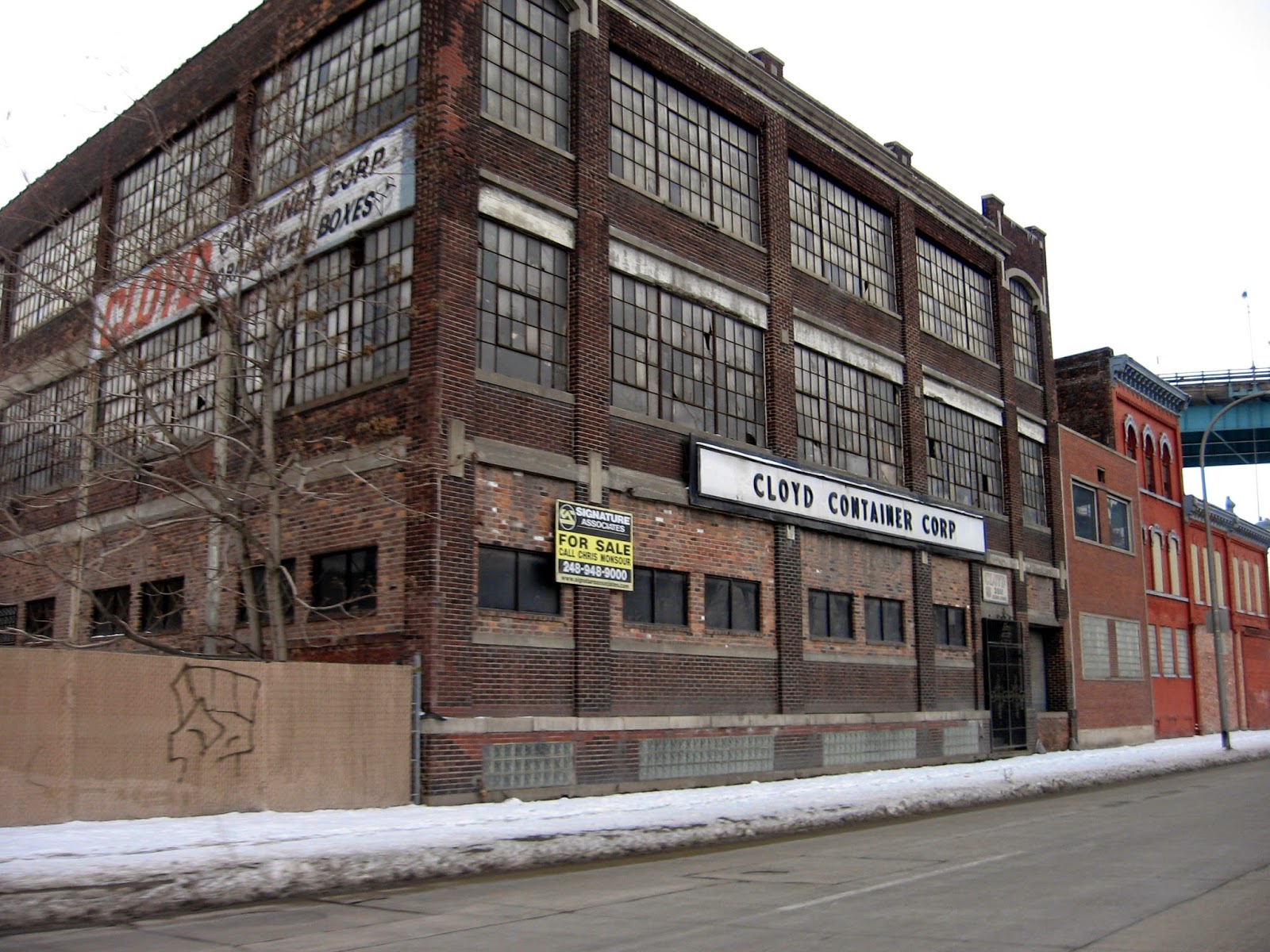 Not sure why she picked it as a favorite out of all the possible candidates, though I agree it is rather handsome. It doesn't matter anymore however, because it was demolished by April of 2013. Time to pick a new favorite I guess.

The address listed is 2801 W. Fort Street, but I can't seem to find a record of Cloyd Container Co. dating before the 1950s. 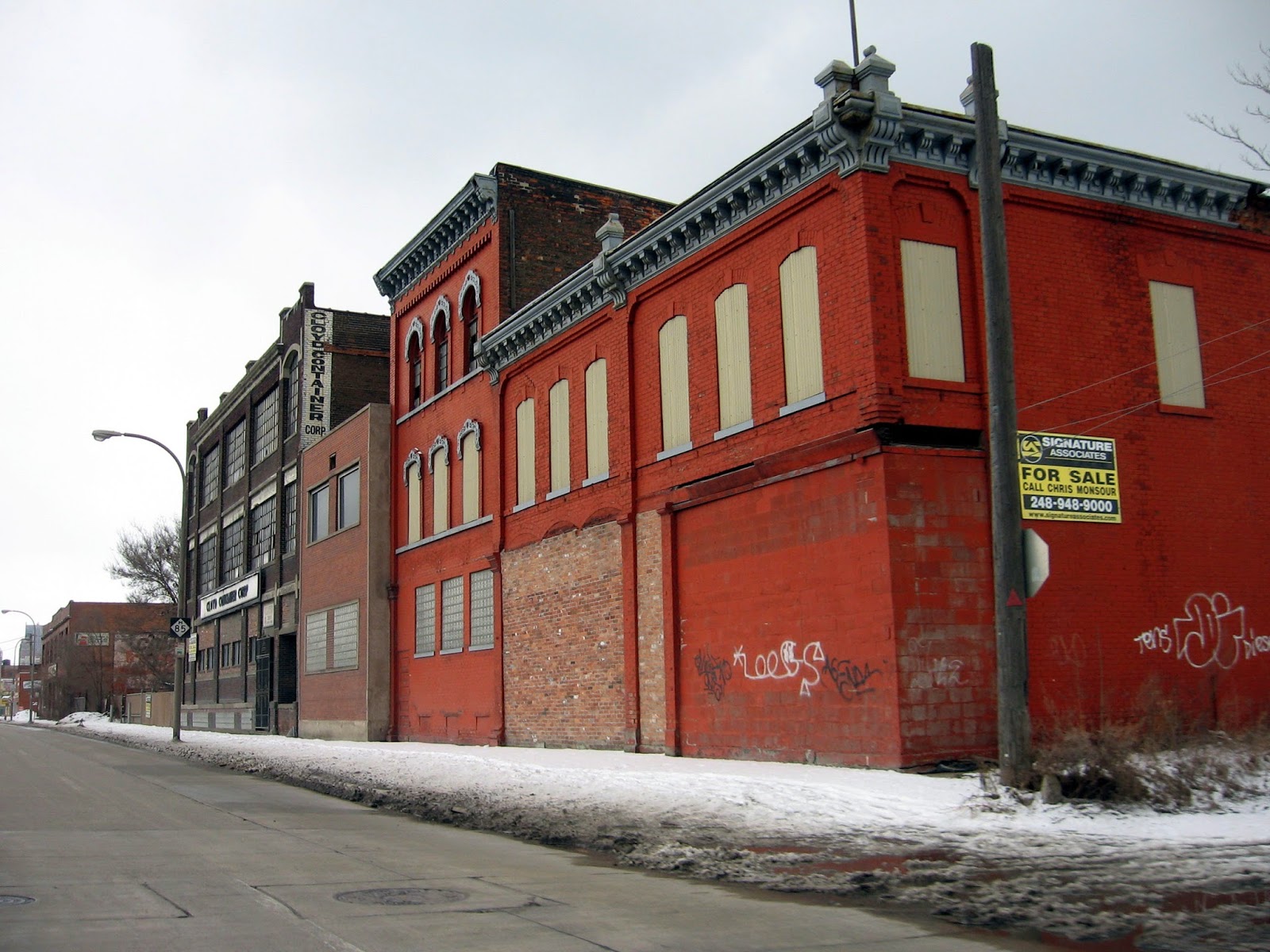 Looking back a little further into history, the "Barcy, Nicholson Co., Manufacturers" is listed at 2801-2819 W. Fort Street in the c.1922 Hardware News, Volumes 8-9, under both "Ignition Cables" and "Automobile Accessories." The 2801-2819 address actually straddles both sides of the Ambassador Bridge. An ad on page 70 of that publication lists Barcy, Nicholson's products as including "braided ignition and lighting wire assemblies, special assemblies, primary and secondary cables and terminals for various uses."

The company was also listed in some older material at 845 W. Fort, though this is likely the same building, before the city address renumbering occurred (by today's numbering, that 845 address would have placed them in the Union Depot). 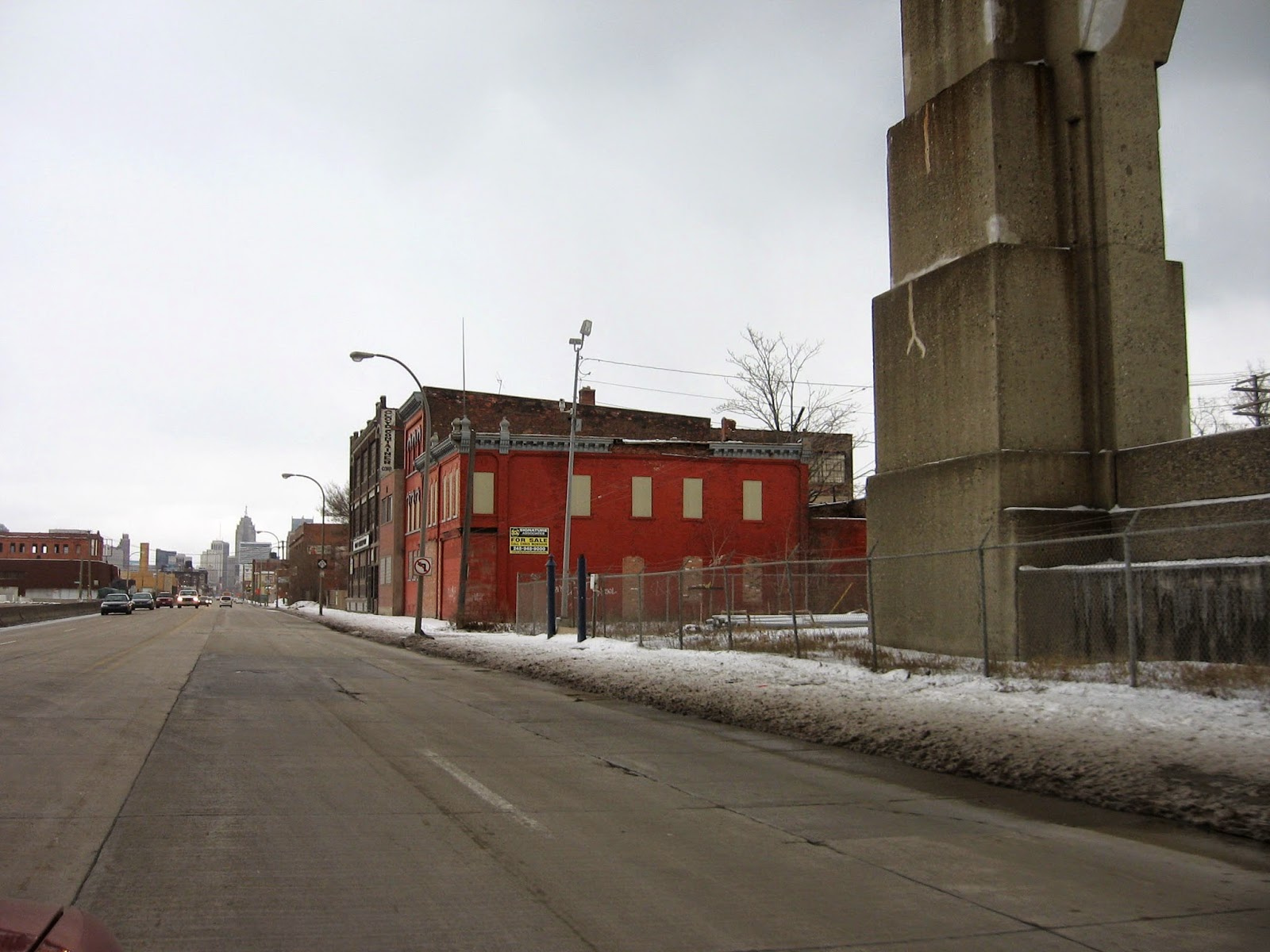 When I learned that demolition was underway on these structures, I made a point to insert myself into them at night when work would be stopped. When I arrived, the face of the c.1914 building had been mostly removed. Unfortunately the autofocus on my camera was having fits, so most of my interior photos ended up being trashcanned.

The History of Wayne County and the City of Detroit, Michigan by Clarence Monroe Burton says that the Barcy-Nicholson Co. was engaged in the manufacture of electrical supplies "for gas engines, etc." and was one of the most successful of its kind in the city. It was originally established in 1902 by Samuel J. Nicholson and William Barcy, whose first plant was in a wooden shed on Howard Street near Clark Park. Their initial contract was with Henry Ford, supplying him with the battery connections and two-way switches needed with the dry cell batteries employed in his first cars.

As Ford's business grew, so too did Barcy-Nicholson's grow, even though for a long time those two gentlemen were the only employees on their company payroll. Soon they were also contracted to make the timer wires for Ford Motor Co., at which time they realized that more space and employees were needed, and a building on Wayne Street was acquired. This location too was soon vacated in favor of even more space as the Barcy-Nicholson products came into demand by jobbers and other large manufacturers nationwide, at which time it seems they relocated to this plant on West Fort Street.

In 1914 Clarence Burton says, next to the "present plant" they built another building "of four stories," though I only count three at the most, unless Burton is including the basement. At any rate it seems, judging by the 1870s-1880s vintage of the older buildings here and by what Burton wrote, Barcy-Nicholson was not the original tenant, and merely added the more recent factory addition.

The Sanborn Map for Detroit, Vol. 1, 1884, Sheet 21-A shows a sausage making enterprise located on this site. Detroit 1897 Vol. 1, Sheet 49 shows “hay and feed” being stored there, and confirms the original address as 845 West Fort St. The 1921 map shows "printing, typesetting, and candy manufacturing" going on in the various floors of the middle structure, and the new Barcy-Nicholson building at 2801 is strangely blacked out.

Punch presses and small-scale electrical stampings were added to the Barcy-Nicholson product line, and about 150 people were employed at the plant in 1930 when Burton wrote his history. The company at the time was supplying Hudson Motors, Packard, Hupmobile, GM, and Chrysler.

A Detroit Power Screwdriver Co. is listed at this address in the 1944 Management Accounting, Volume 26, Issue 1, (a company elsewhere listed at 419 Riopelle, in 1930).

I assume Cloyd Container Corp. to have been a maker or supplier of shipping containers. On the east side of their building was an old paint sign advertising corrugated boxes, with an illustration of what looked like a typical cardboard box.

On the roof was the up-close shot of the Ambassador Bridge that I was looking for:

The river is visible, glimmering in the cold winter moonlight:

On the walk back to the car, this shot practically took itself...the "Bridge To Nowhere":