At 608 E. Milwaukee stands a handsome little building with the words "THE FAIRMONT CREAMERY COMPANY" tiled across the front elevation. It had always remained tightly sealed until one day in 2008. 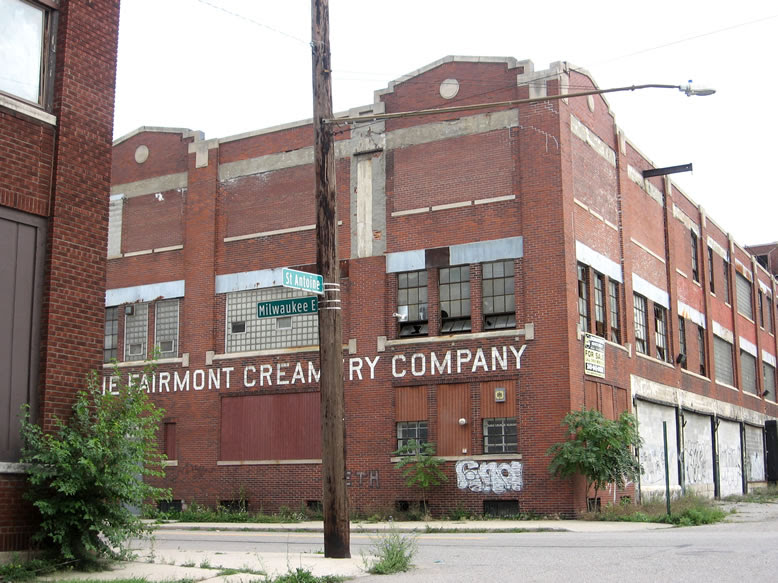 Not to be confused with the "Fair Creamery Co." of Detroit, this particular company got its start in Fairmont, Nebraska as Fairmont Foods, though the name was changed to Fairmont Creamery in 1884. It was "a pioneer in milk can pickup" according to one website, as well as "one of the first creameries to provide farmers with their own hand-operated cream separators." 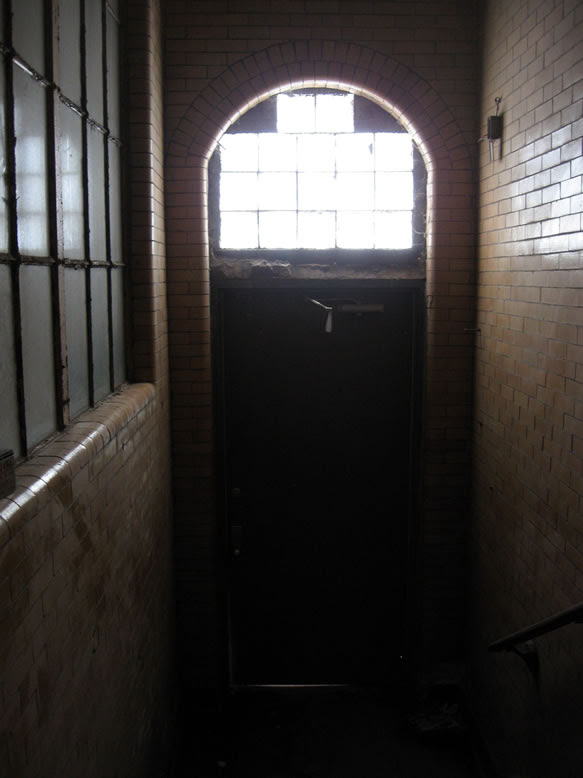 Fairmont expanded and branched into cheese, poultry, and frozen foods, and incorporated as the Fairmont Creamery Company in 1929, at which time new plants were built in Detroit, Cleveland, and Buffalo. After WWII, Fairmont became a Fortune 500 company and had a seat on the New York Stock Exchange by 1959.

This particular structure was built in 1926, and designed by the architectural firm of Mildner & Eisen, according to local architecture guru, Ben Gravel. 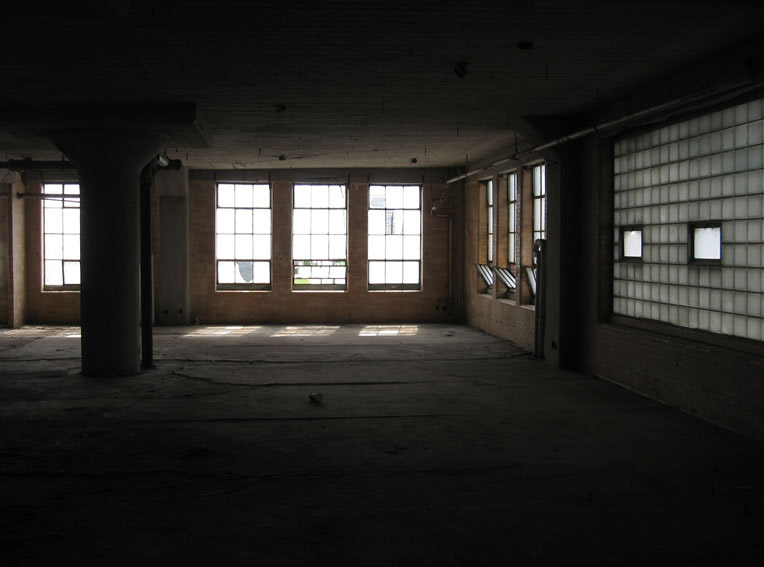 Fairmont was "known in the dairy industry for its quality control and progressive methods of food production and distribution," which led to even more diversification into food products such as chips, pies, dips, frozen pizza, and "soda," whatever that is.

I think they mean pop. 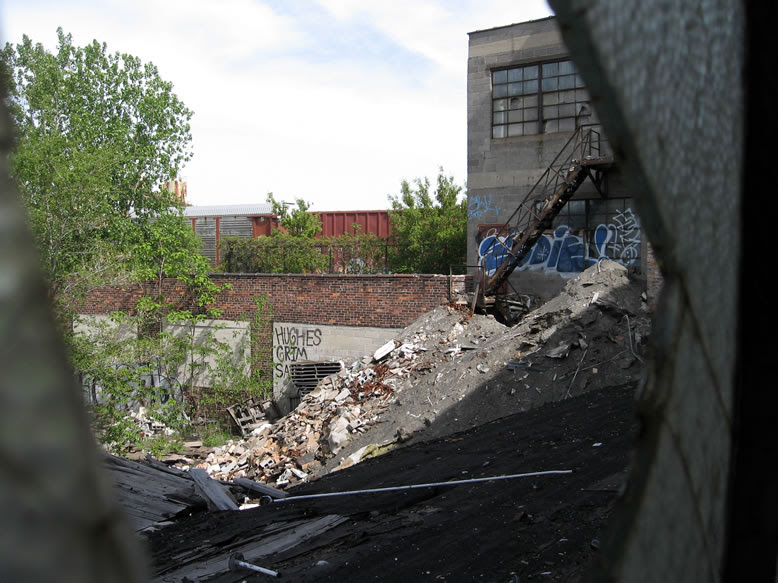 Though there was no graffiti on the interior yet, initial scrapping had of course already gotten underway in this little plant, and this extremely heavy Allis-Chalmers motor was in the process of being lugged up the basement steps...apparently Looty & Scrappy had bit off a little more than they could chew: 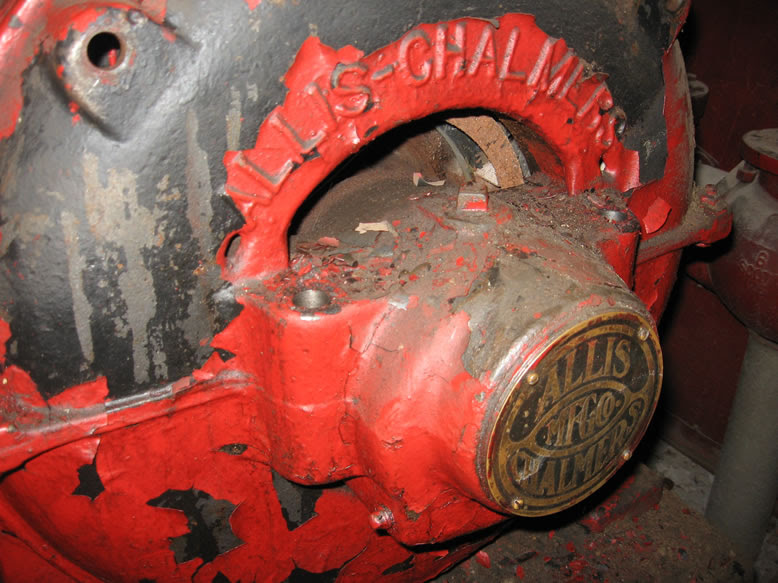 One other interesting little item to be found in here was this old wooden dairy crate sitting on a conveyor, which was carved with the words "FOREMOST 10 DETROIT": 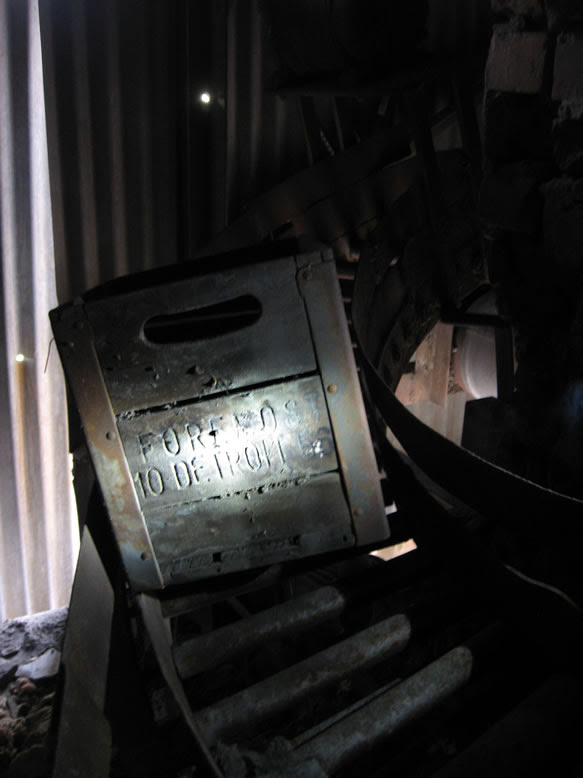 Foremost Dairies operated in Detroit until about 1963 when they were bought up by the Ira Wilson & Sons Dairy, who assumed their ice cream and milk packaging operations and distribution systems at that time, according to the Ice Cream Trade Journal, Volume 59. The "10 Detroit" part most likely refers to the ZIP code 48210, which covers the Michigan-Martin neighborhood of the city's west side, where Foremost was based. 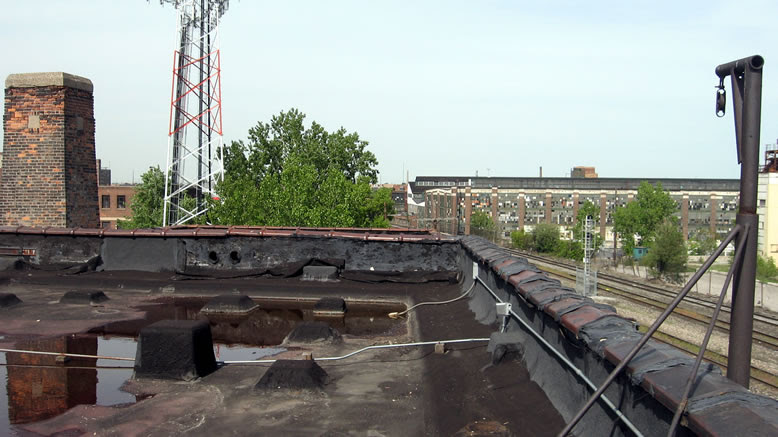 There was a decent view of Fisher Body Plant #21 and #23, across the railroad: 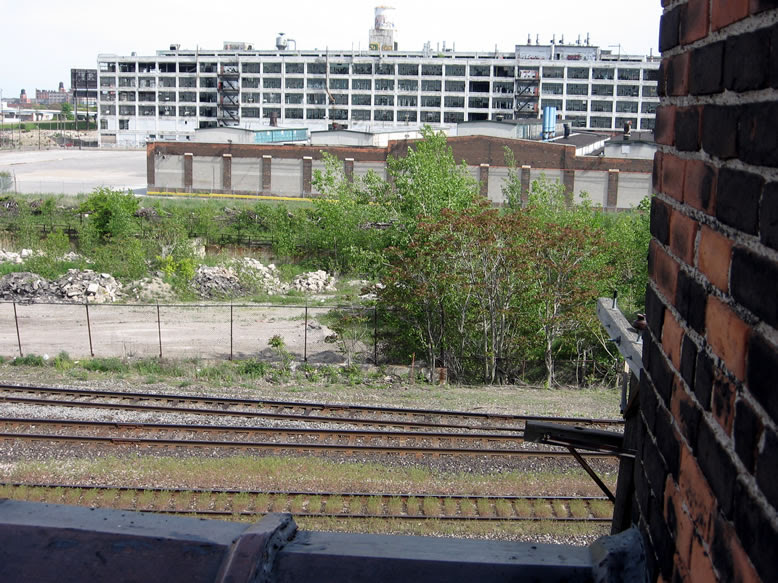 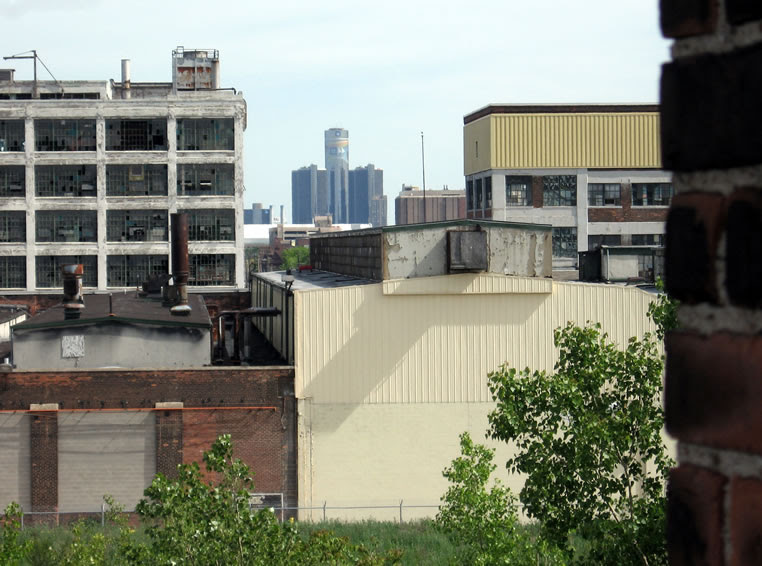 Note the slight little architectural flourish on the smokestack: 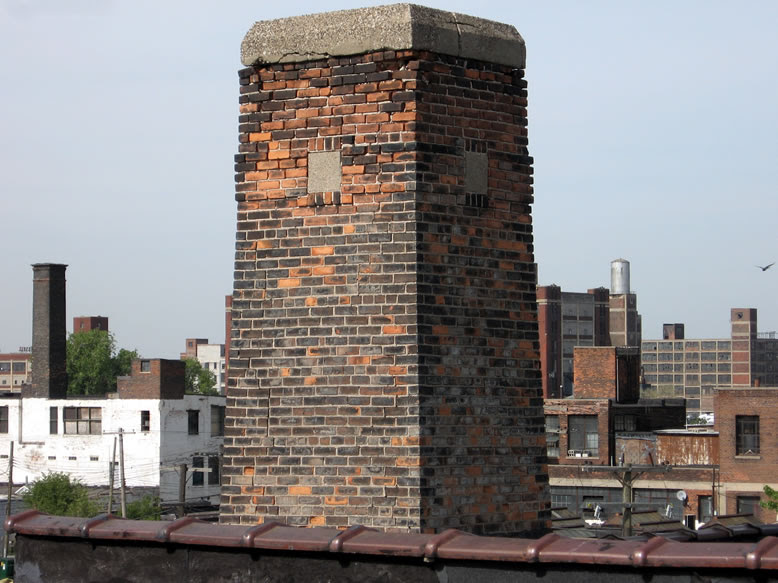 Getting back to Fairmont Foods, by 1975 that company's convenience store subsidiary had become more profitable than its food products divisions, and in 1980 it merged with a subsidiary of American Financial Corp. of Cincinnati, and changed its name to Utotem, Inc. 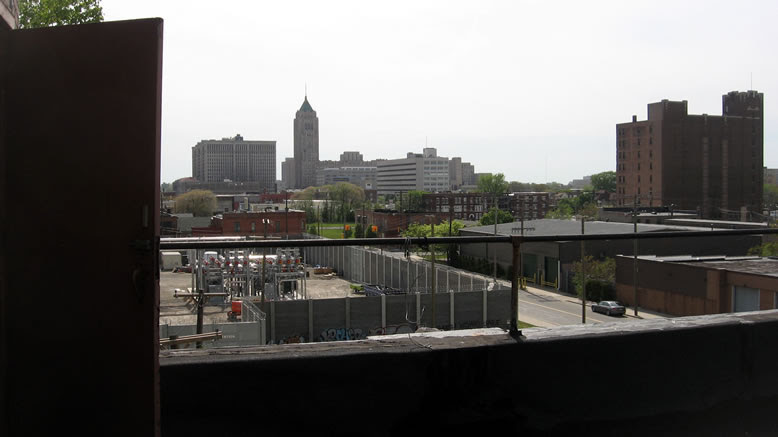 By 1984, all of the Fairmont Foods properties and subsidiaries were either sold or closed, "marking the end of a great American name." Only the Fairmont creameries in Buffalo, Cleveland, and Detroit still stand.

An infinitely more detailed history of the Fairmont company may be found here: 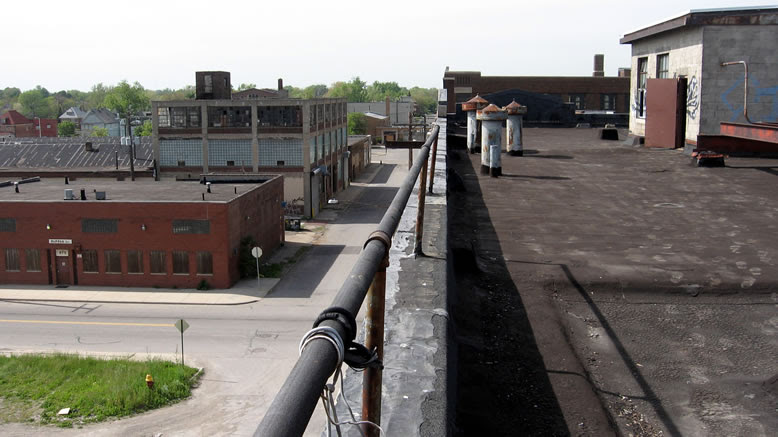 As you can see the ensuing couple years between 2008 and 2010 saw a huge surge of interest in Detroit's abandoned buildings, and of course a new wave of graffiti: 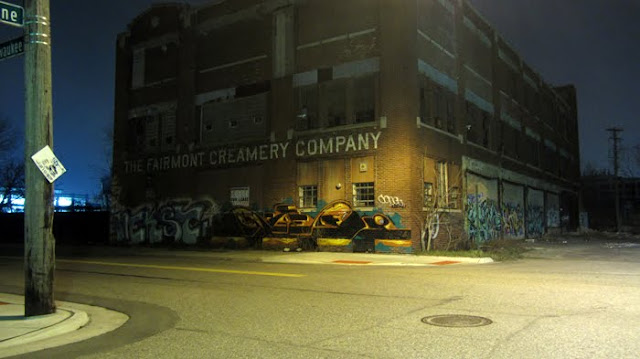 I made one more attempt to check out this plant in early summer of 2010, mainly just to sit on the roof and drink beers, but when we got through the fence and up to the building we could not find a way in, and even more strange was the sound of extremely loud banging, and jackhammers being operated inside the building...at night. Apparently Looty & Scrappy were back—and this time, it was serious. We decided to let them have their space, and we found another roof elsewhere.