Wandering through Flint one day, I came across this monumental institution and pulled over to investigate. The main building was still currently in use as the Valley School, but some of the outbuildings looked abandoned. Above the portico read the words, "MICHIGAN SCHOOL FOR THE DEAF." 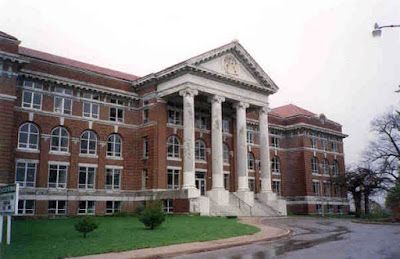 In 1848 the Michigan legislature established the "Michigan Asylum for Educating the Deaf and Dumb" in Flint, and soon after it also began serving the blind. The first student arrived in February of 1854, and the curriculum consisted of a combination of academics and "practical training," emphasizing "market gardening and general farming." Boys were taught carpentry, printing, and tailoring in addition to the aforementioned farming skills. Girls learned sewing, darning, and patching. 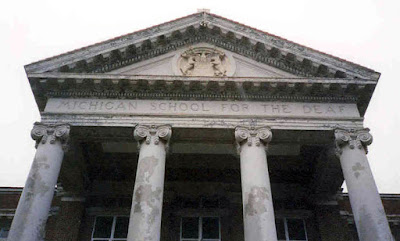 So it seems this was very much like a typical manual school of the period, with the exception that it taught these skills to people who could not hear. Indeed, the school's mission according to the state historical marker out front was stated to educate deaf children so that they may "earn a living...may have culture enough to enjoy that living...(and) may be fitted for citizenship." 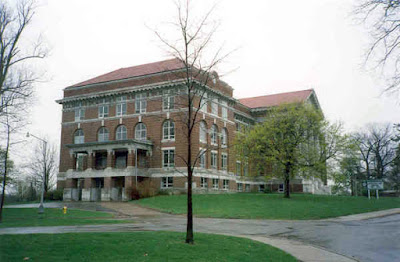 When the Michigan School for the Blind was opened in Lansing in 1880, this school obviously shifted its focus back to educating solely deaf children.

However a fire in 1912 destroyed the original 1854 building of the School for the Deaf, and the new collonaded Neo-Classical administration building we see today was built in 1913. It was named Fay Hall, in honor of the first principal of the school in 1854, Rev. Barnabas Maynard Fay. 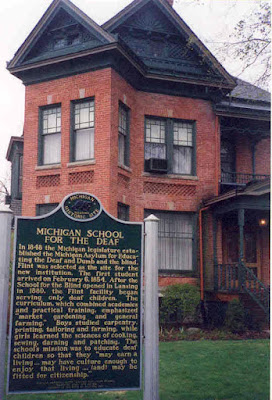 From what I gather, the Michigan School for the Deaf stopped using much of this complex in 1986, and the Valley School moved in in 1995.

As you can see my photos aren't all that amazing, and since I was running low on film that day I don't have a lot of them, but I guess you can't win 'em all. This building appeared to be a gymnasium: 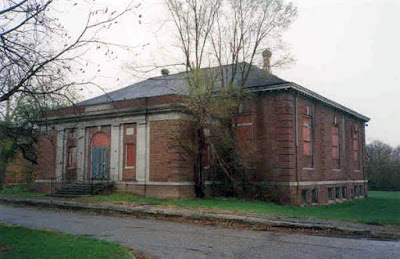 Which I did get into: 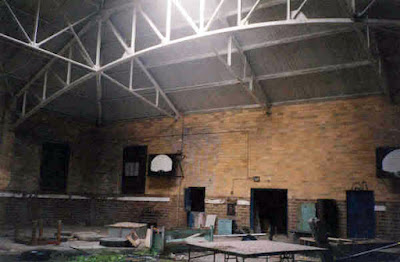 I also got into this industrial building, but I didn't find any compelling photos to shoot inside: 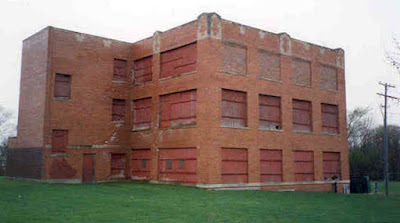 Driving past the school again a few years later, I noticed that that building had been demolished.

Not too long after that Fay Hall itself was also abandoned, since the Valley School had left in 2006. 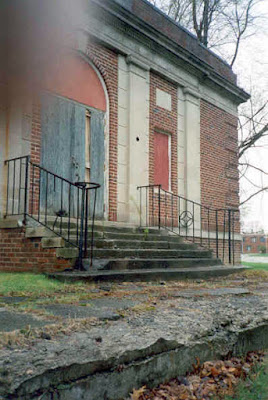 In February 2011 however it was announced that the building would be renovated into the new home of Powers Catholic High School. The rest of the campus would receive a huge makeover as well, which was touted as being an even greater revitalization project than that of the Durant Hotel downtown. The Michigan School for the Deaf continues today, in a new building on the same campus.

Nearby sits the Oak Center, which at the time also looked abandoned: 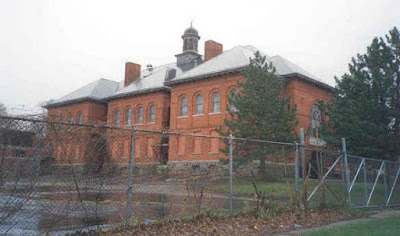 Email ThisBlogThis!Share to TwitterShare to FacebookShare to Pinterest
Labels: Genesee County, Michigan School for the Deaf