I visited the Yoopee (Upper Peninsula) in the depths of winter for a few days. I set out on a Friday morning, hoping to return sometime next week, maybe Wednesday or Thursday, but again, I left that very flexible since I couldn’t be sure whether the Yoopee weather would let me come back that soon.

I piled a bunch of warm blankets in my backseat, since I wouldn’t be trying to camp on this trip (not to say that I haven’t camped outside in winter before), in case I needed to sleep in my car at any point. I also grabbed every bit of my cold weather clothing, some road salt (my snow shovel was already stowed in the trunk), extra hand warmers, provisions in case I got stranded on the road somewhere. 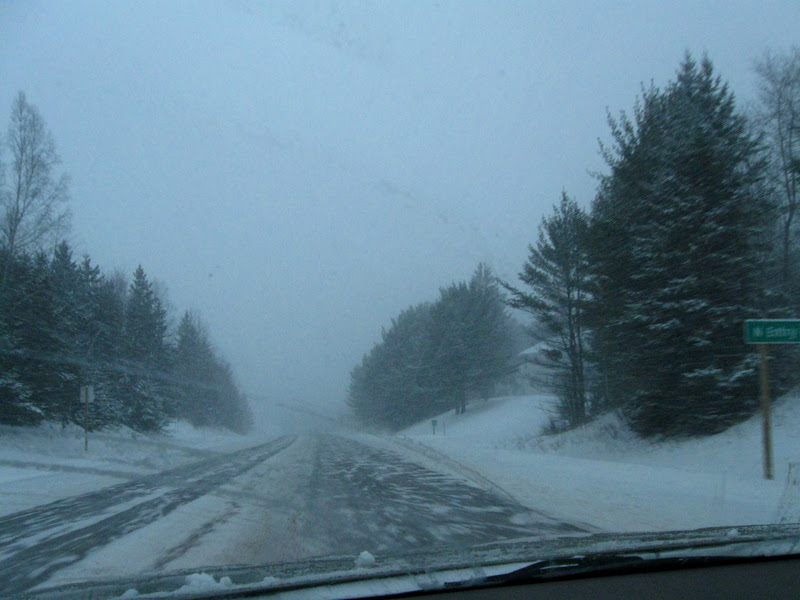 I had plans to meet up with Mike Forgrave, the creator of CopperCountryExplorer.com (CCE) and his wife Tricia at their house in Calumet. 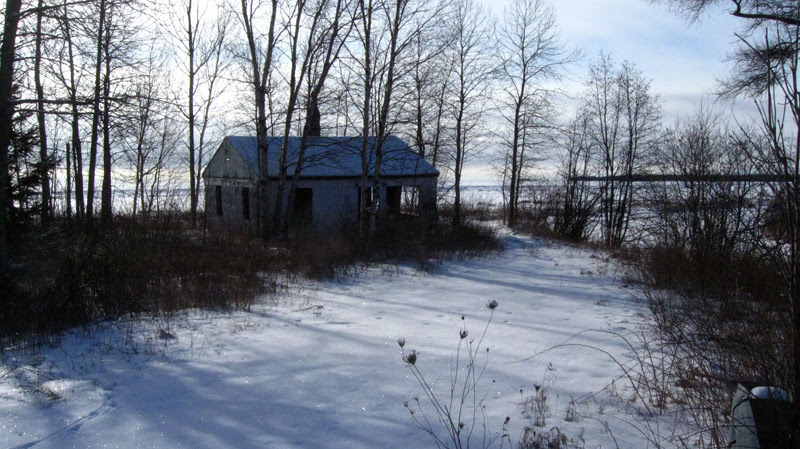 Immediately along my way westward into the Yoopee on US-2, I saw a neat little abandoned summer cabin right at the mouth of the Black River, sitting on the very shore of Lake Michigan. It was so quaint I just had to stop and take a look up close. I had passed it so many times before, but this time decided to actually go look. 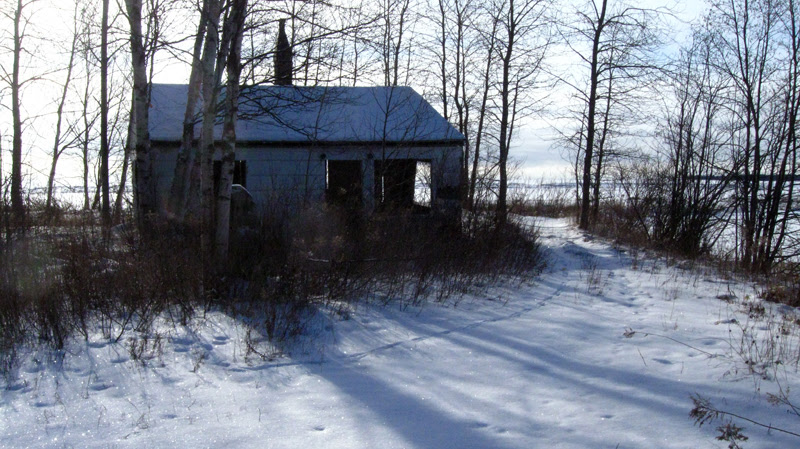 The river and lake had both frozen here in massive sheets, and the long evening rays of the noonday sun blazed so brightly off of it that I barely was able to get a picture in the glare. 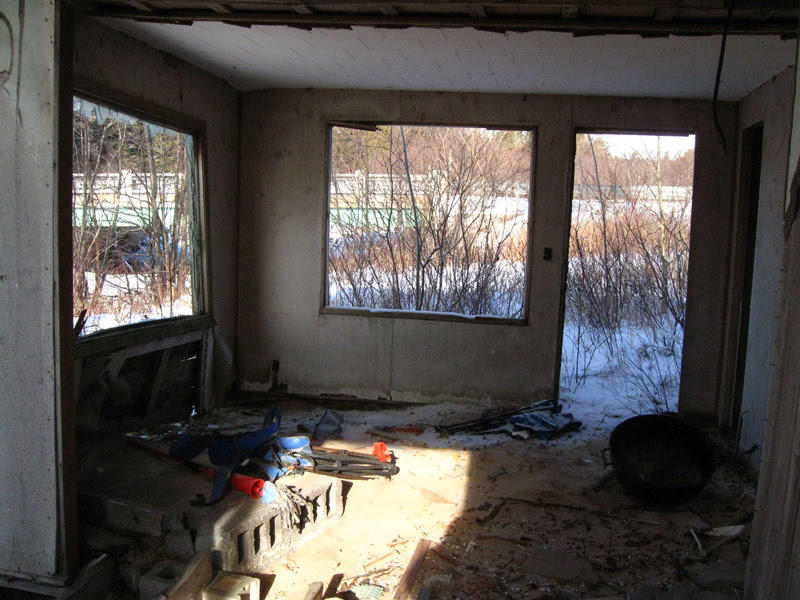 Just a cute little shack plopped on the sand, nothing more. I was actually surprised at the lack of deep snow in the eastern Yoopee; there was less here at the moment than I had left behind in Detroit. Odd, I always thought the great bulk of the Upper Peninsula was under the lake effect. But then again, it was still early in the winter. 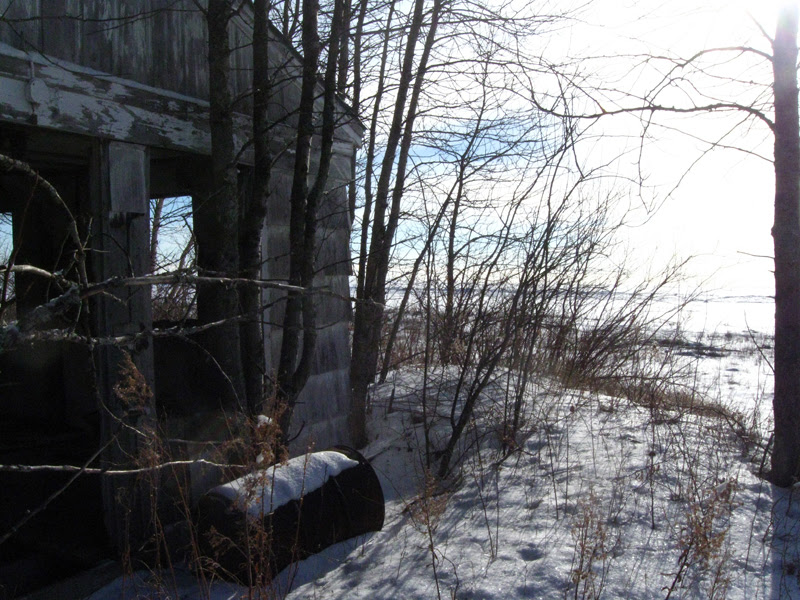 Upon hitting Engadine, I veered north on M-117 into Luce County to follow my favored route of M-28 along the Superior shore to Marquette and points beyond. It began to snow pretty hard as I began the long "Seney Stretch." The snow was surely deeper here, and when I came to Au Train Bay (said "ohTRAIN") west of Munising a couple hours later, I looked out and saw the Ice Water Mansion in its full glory. 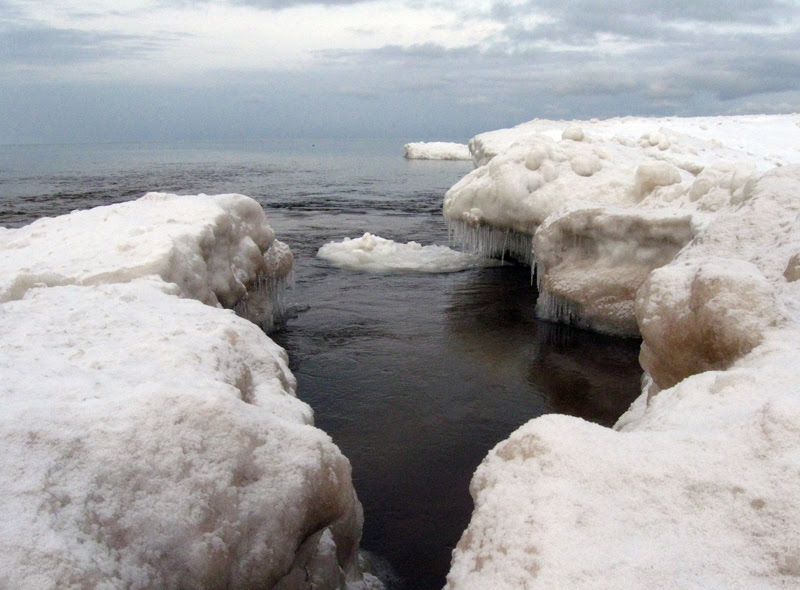 There were icebergs floating out in the open waters, barely visible as white specks on the horizon...in another month or so, chances were that the entire lake would be close to frozen completely over. 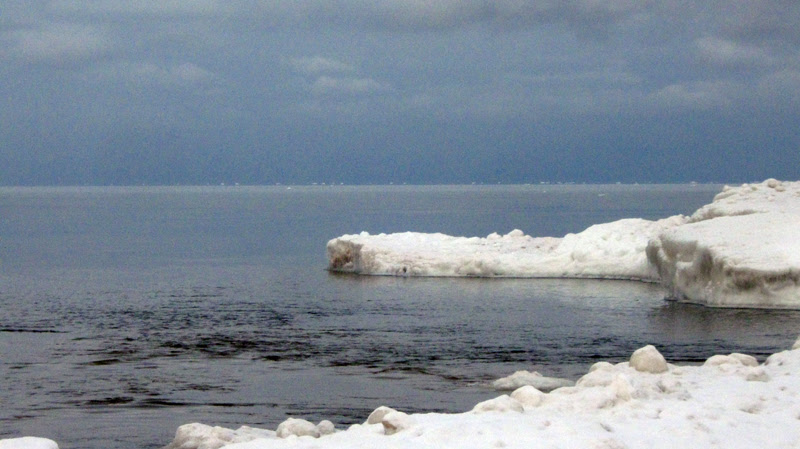 Needing another break from driving, I ventured out on the ice foot, noting that it was about seven feet thick in places. I stood on the edge and was extremely disconcerted when I looked down into the crystal calm waters to see the pristinely clean sandy bottom about 10 feet down, and could feel the ice moving. I gingerly stepped back from the edge, and continued to Marquette. 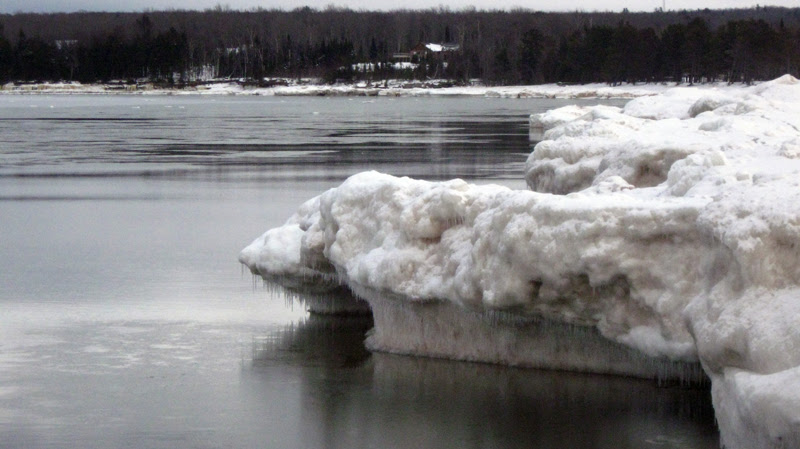 I ate dinner and spent a great deal of time reading in Marquette, since the sun went down well before it was time to go to sleep. The snow kept falling and it was about 20F. I finally found a street near the Yooper Dome that I could park on discreetly and form my backseat cocoon to go to sleep for a few hours. I hove-to for the night and continued reading in the streetlight glow until I passed out. The snow was now falling vigorously, and coated my windows in minutes.