Going Through the Motions

A recently closed apartment building came to our attention in Midtown, so we went and looked at it. The back door was wrenched open, so we went in.

There isn't much online, or in any of my books about the Strathmore Hotel at 70 W. Alexandrine, other than its name and address, both of which I had already figured out. It was likely built in the late 1920s, at some point around the 1980s renovated into Section 8 housing, and abandoned by the 1990s, all of which I had already surmised. Basically, therefore, its story is essentially identical to that of every other unexceptional apartment hotel in the city. 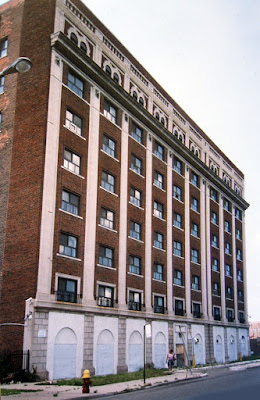 The interior was bland and had been pretty sterilized, not much to write home about. Any historic architectural details had long been covered up or stripped out.

In the center of the building was a large light court, so we photographed it: 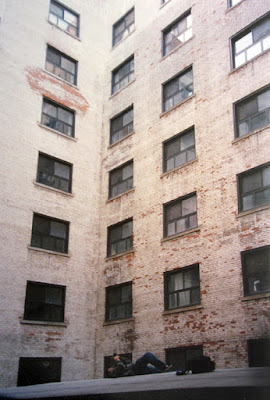 The floors were just rooms, empty. And there was a nasty smell, so we were quick in getting to the roof. All the smoke detectors were still beeping, as if power had just been recently cut and their batteries had not died yet. 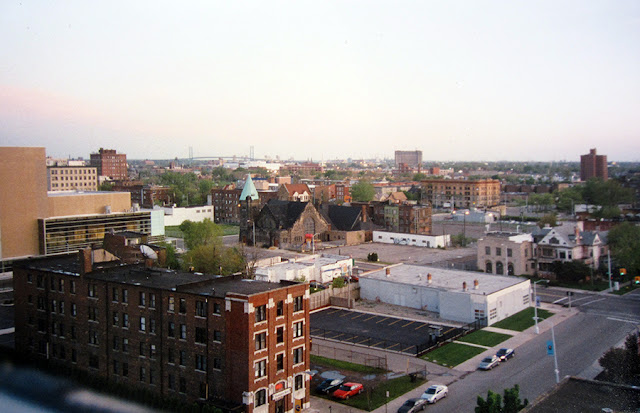 The roof view was okay; on a sweltering summer's night it was enjoyable, though we lacked any much-needed roofbeers, so we didn't stay long. 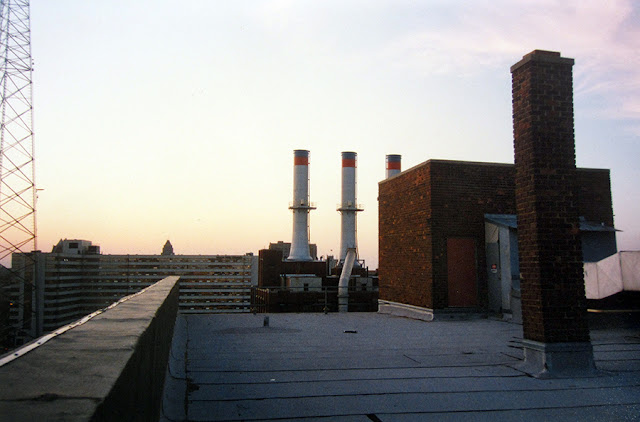 A nice shot of the Willis Avenue Substation & Heating Plant, which has provided heat and power to Midtown for almost a century: 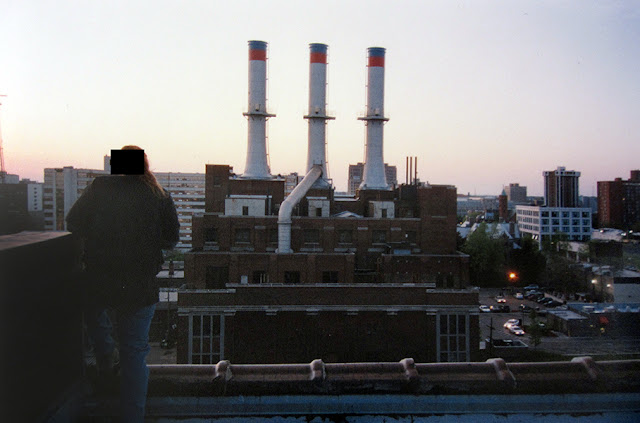 Hard to believe this was nine years ago already, but it is, pretty much on the dot, as I write this. Sometimes I wonder why I am still doing this crap. I guess it has just become a bad habit. 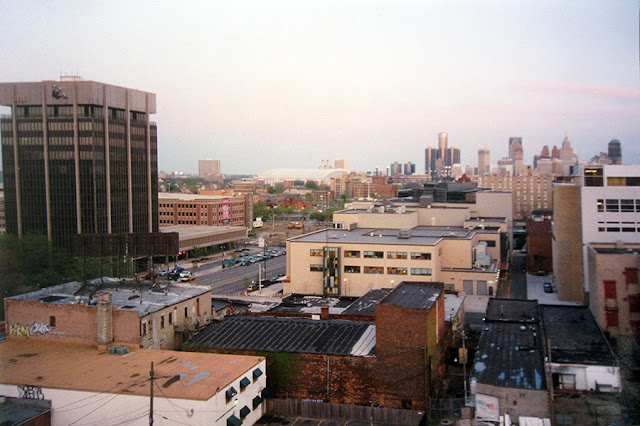 Anyway, the place swiftly entered the category of completely-gutted-wreckingball-fodder-with-no-salient-historical-or-architectural-traits, before passing through a brief phase of being-used-as-canvas-by-displaced-window-painters-obsessed-with-the-number-5, and now in 2014, incredibly, is a candidate for restoration, into most-likely-overpriced-lofts-to-be-owned-by-people-named-Tanner-or-Zoey. Who saw it coming?

Detroit.curbed.com has a post with a few photos of original architectural details that have since become uncovered by the rotting away of the ceiling tiles in the lobby. 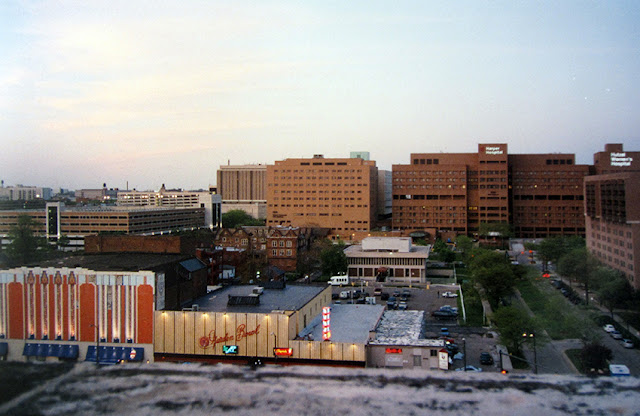 After buying an account at newspapers.com, I was able to dig up a few articles offering some more historical background on the Strathmore Hotel, which you will see listed in the "References" list below. The 350-room transient/residential hotel opened in January 1926, was furnished by Albert Pick & Co., and was managed by Mr. G.A. Fuchs. It was allegedly built with a foundation that could accommodate 30 more floors being added to the structure. The architect was F. Orla Varney, partner of Almon C. Varney, who designed the Madison-Lenox Hotel. Mr. Fuchs previously managed the Warwick Hotel in St. Louis, and the Prince Edward Hotel in Toronto.

A front-page story from the April 5, 1947 Detroit Free Press, recounts the tale of a murder that occurred in front of this hotel when an outraged husband, Joseph Pizzo, shot his estranged wife Beryl Pizzo to death, accidentally hitting their daughter in the process. None of the family lived in the hotel, but Beryl lived nearby at 109 W. Alexandrine. Joseph owned a pool room at 9312 Mack.

The Strathmore was linked to another much more infamous murder mystery case, one which spurred a nationwide manhunt. In 1939 Judge Robert E. Sage, attorney Maurice Smilay, and promoters Ralph and Albert Nadell planned to create a sports park at Livernois & Elmhurst for use by amateur athletes. When the venture failed, Judge Sage called a meeting in his chambers at the Old Wayne County Courthouse on October 1st, 1940, shot his partners, and then disappeared. It was later found that he had shot himself and jumped in the Detroit River. When Sage's body was recovered, in his pocket was a key to Room 635 of the Strathmore Hotel, where he had got the murder weapon from a friend.

An even juicier tale from 1929 tells how two Bay City con-men, M.J. Dunham and Lee Masters, had moved to Detroit to fleece "blind pig" saloon owners by posing as revenue officers and demanding tribute money by threatening liquor raids. The two had been living at the Strathmore Hotel while perpetrating this scheme, but they were soon caught and tried for impersonating federal agents. Two more articles told of various con-artists residing at the Strathmore in 1948 and 1953.

There was also a mystic woman living at the Strathmore in 1936...

...but it wasn't only mediums who were to be found at the Strathmore; that same year a world-famous nudist performer named Zorine Yvonne Stacy came to visit Detroit and stayed at this hotel, where she was interviewed by the Free Press.

The Strathmore Hotel was renamed the "New Strathmore House" in 1965, when it was totally remodeled, according to a newspaper ad. Its new proprietors were Graham and Helen Alvey. 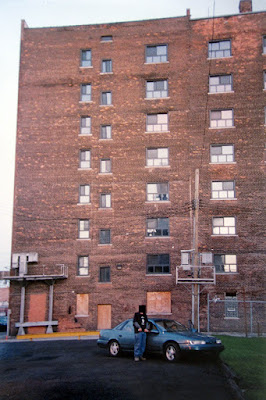