For some reason I had a spare day and decided to go looking for any traces that might've been left behind of the old Michigan State Sanitorium at Howell. 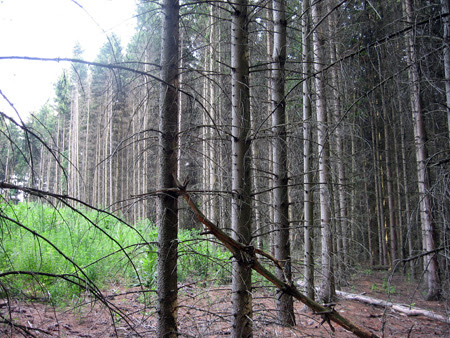 At first I followed a bad lead and ended up at the crest of the hill...which seemed like it might be a good place to start looking for a place once called "Hillcrest Sanatorium," but all I found there was a radio tower.

So I climbed it. Out of spite, of course. 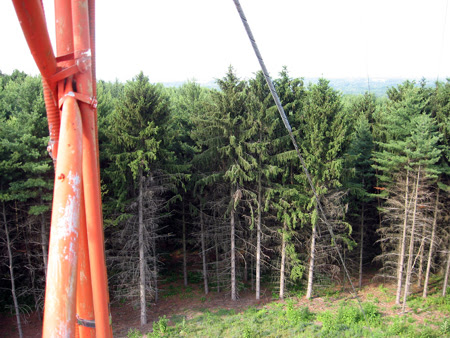 Not wanting to get my nuts sizzled off quite yet, I didn't go much higher than tree-level. 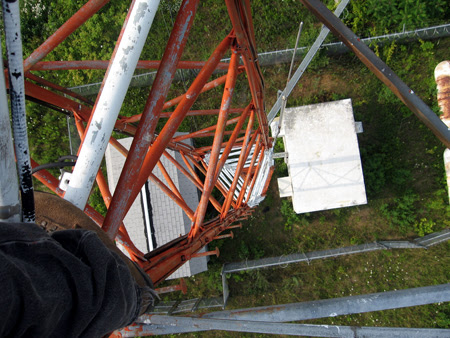 This hill was 1,100 feet above sea level to start with. Sanatoriums are almost always placed at the highest available elevation, because part of the treatment for tuberculosis was fresh clean air and sunshine. 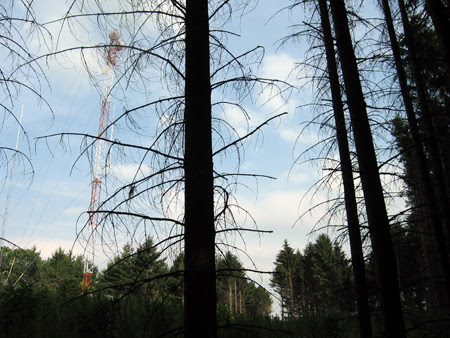 There have been small sanatoriums across Michigan since the mid-1800s; often each county would establish one. But the Howell Sanatorium, opened in 1907, was the first one established by the state. According to seekingmichigan.org, "the Howell Sanatorium was patterned after the Adirondack Cottage Sanatorium at Saranac Lake in New York." In about 1954, as tuberculosis was being eradicated from America, the sanatorium began accepting other types of patients such as the mentally ill.

Throughout its history the Michigan State Sanatorium was called by other names as its function changed, such as: Hillcrest Sanatorium, Howell Tubercular Sanatorium, Howell State Hospital, and finally Hillcrest Regional Center for the Developmentally Disabled. It was closed in 1982 and demolished in 1985, though I have heard that it stood abandoned long enough for it to become a rather popular exploring spot with local youths, much like the "Northville Tunnels" did in Wayne County during the same era. 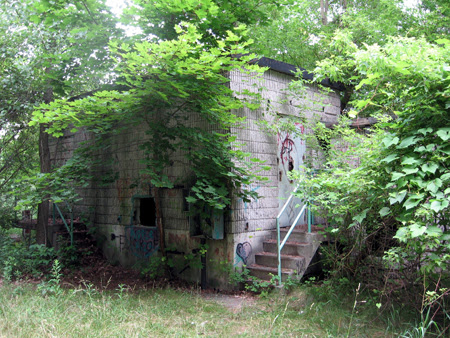 What have we here--leftover tunnels? 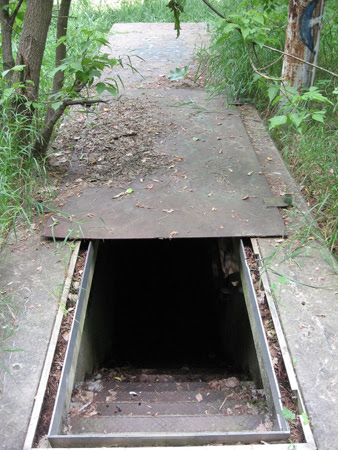 Oh my, it's flooded, what a coincidence: 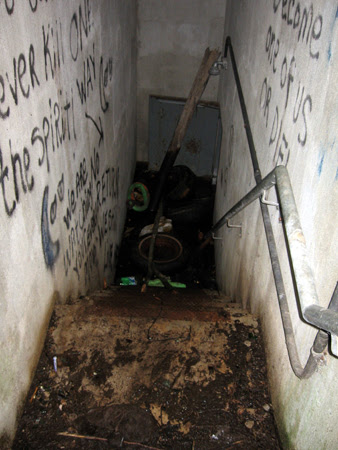 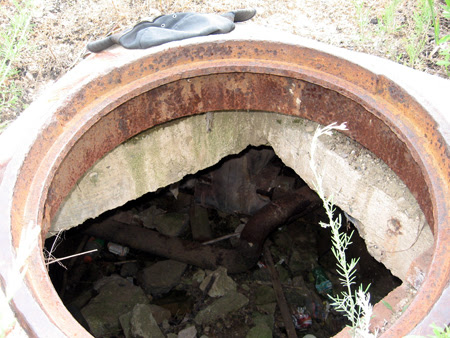 I also found little bits of coal in this area, sprinkled in amongst the grass, leading me to conclude that the sanatorium's powerhouse and steam plant may have been located near here.

I had to wander quite some ways yet before I found anything that was old enough that it could plausibly be traced back to the institution itself: 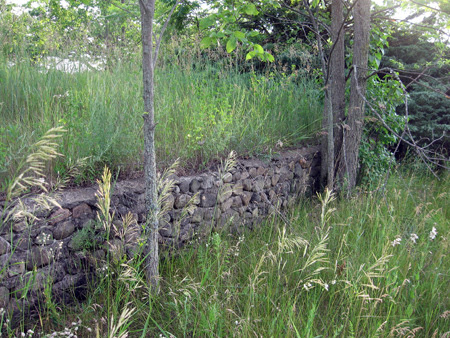 It sits at the top of a hill now beginning to be populated by McMansions. Or, at least it was when I was there; I couldn't say what the situation there is now. 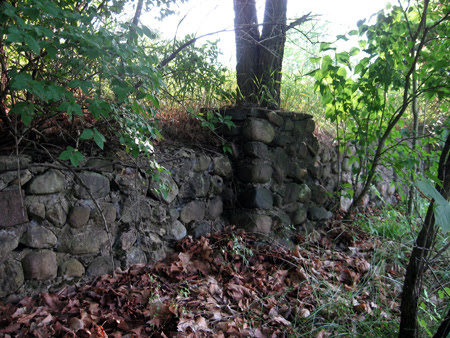 Some of the following links at the bottom of this post show many photographs of the facility when it was in operation. Additionally, I think there were more different postcards printed of this sanatorium than any other I have ever seen.