Some "explorers" are out there measuring their worth by the places they have "gotten in" to. This is foolishness. 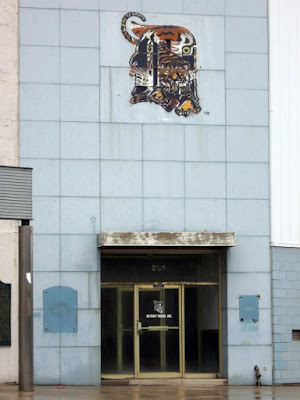 I could have gotten into Old Tiger Stadium before they started demolishing it—in fact I had more than one guaranteed opportunity to go, where I knew it was a sure thing.

I chose not to. Partly out of some rosy-hued boyhood memoryland that I wanted to preserve in its untainted state, and partly out of the fact that I was beginning to feel disillusioned with all this crap lately. Namely ruin, hopelessness, loss, waste, stupidity, politics.

You're missing the point.

Yes, even I get burned out on this stuff sometimes. And I'm not even a sports fan. I think that photo sums up everything I want or need to say about Old Tiger Stadium. I remember it how it was in the 1980s. And I still have a ball that bears the green scuffs of having bounced off the pitcher's mound and going foul off some fat dude's melon before landing in my hands. It's not autographed by anyone...it's autographed by the place itself. That was so long ago...probably 1992—but I had already gone into my first abandoned buildings by that point. Hard to believe I've been doing this crap for most of my life.


Here's another way of looking at it. This was the last photo I ever took at the Packard Plant, out of probably 10,000 total: 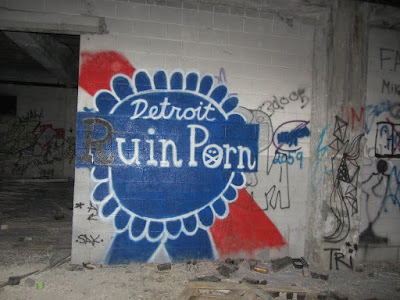 It was so fitting on so many levels. After I saw that I smiled, and no longer needed to go there anymore. It had been exactly 10 years since I started going in 2003.