A Methodist named William Booth founded the Salvation Army in London to win the masses of the poor and the sinful to the side of Christ by succoring and ministering to them. He brought the movement to the United States in 1880, and hence many of their hospitals were named for him, such as the Booth Memorial Home and Hospital of the Salvation Army at 130 W. Grand Boulevard. So this hospital was in fact not named after the prominent Detroiter George Gough Booth, as I had originally thought.

It started as a 20-bed maternity hospital for unwed mothers who could not afford the cost of a regular hospital stay. Regular hospitals also often turned away such women in those days. When Chisel and I briefly checked it out in early 2006 it had been closed for some time, and it was demolished soon after. Today it is a blank gravel lot. 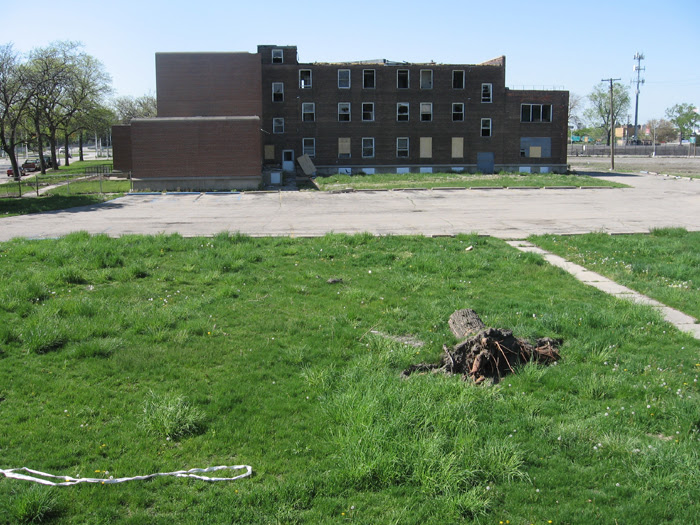 By 1883 Michigan was one of the first states that the Salvation Army expanded their mission into after getting a foothold in Philadelphia, and in 1887 the Detroit corps was founded near Cadillac Square (the McGregor Institute was established there as well, in 1890). An oft-ignored historical marker in the median of Randolph Street between Larned and Congress tells the story. Upon arriving in Detroit, the plaque says that Captain Fink of the Salvation Army wrote back to her superiors in Britain that they had their work cut out for them here, saying, "This is the Metropolis of Michigan...a beautiful city, but oh, the sin and iniquity that abounds here." This hospital was clearly built much later, as the Salvationists were growing and expanding outward.


A photo of the building in Patricia Ibbotson's book, Detroit's Hospitals, Healers, and Helpers is dated to 1927 but the original building was probably completed at least a few years before that. However, this photo of the snazzy Art-Deco lobby seems to say late-'20s to early-'30s to me: 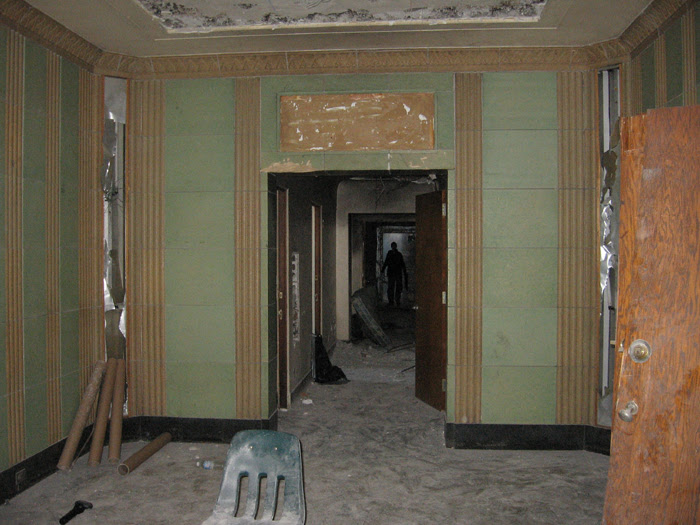 Essentially the women would come here to have their child, which was then often put up for adoption. Of course an additional wing or two was added on in later years, but as societal norms relaxed and regular hospitals began accepting unwed mothers, centers such as this one eventually closed or were turned to other uses. According to one woman who stayed there, the Latino Family Services organization (which now resides in a building a few doors down) began their community services programs on the third floor of this hospital, and there was a child care center open to the community on the second floor, as well as other programs.

Unfortunately I don't have a good shot of the front of the building, but here you can see some 1920s decor in the masonry: 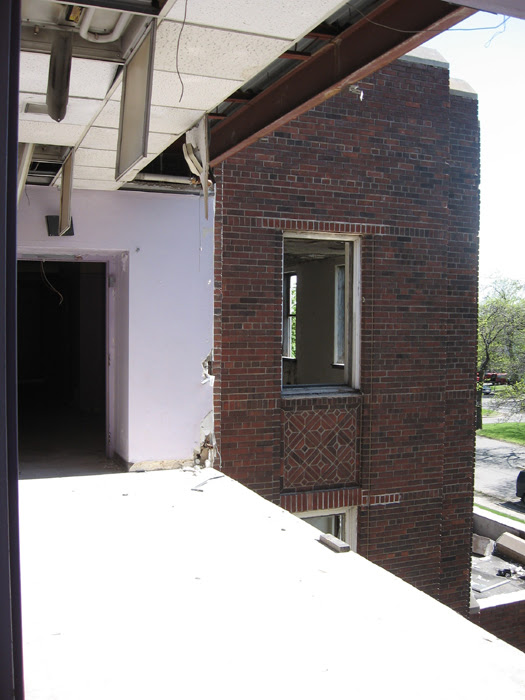 Apparently the place had already been a little bit demolished. 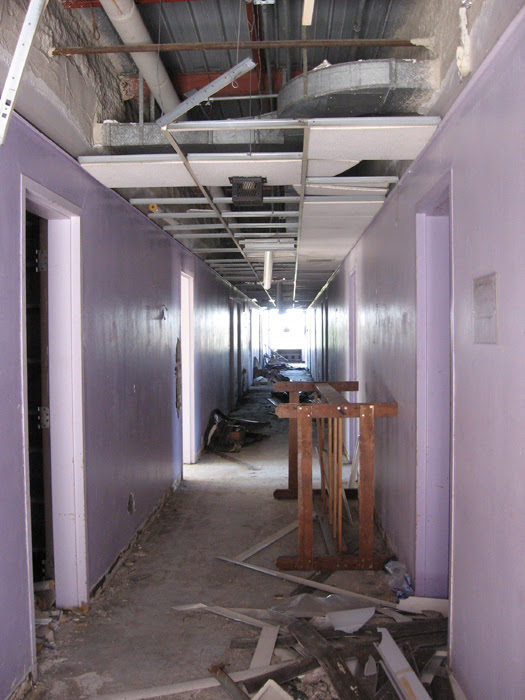 The interior was pretty much devoid of anything of interest by this point. Here is a nurses' station: 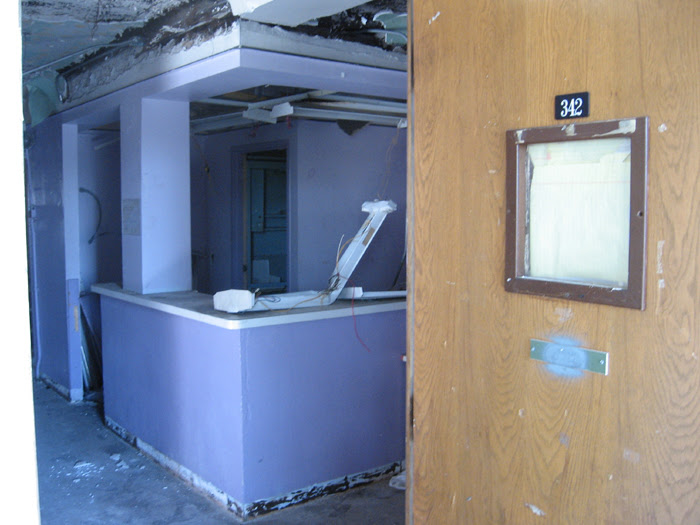 At least the rooms had a nice view of the Detroit River and the Ambassador Bridge: 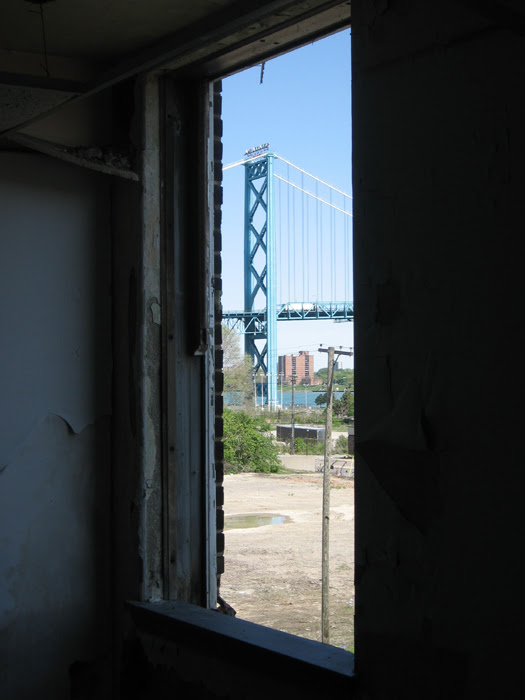 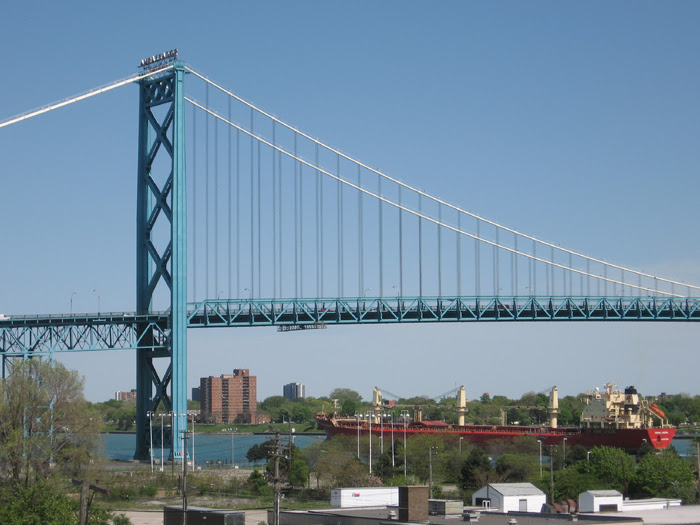 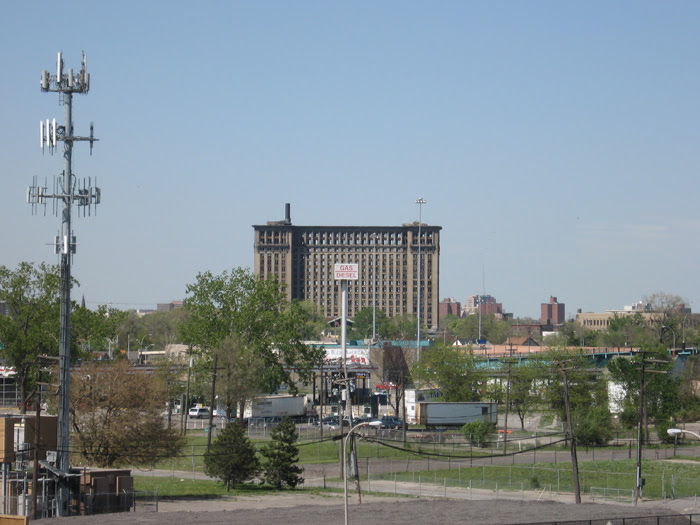 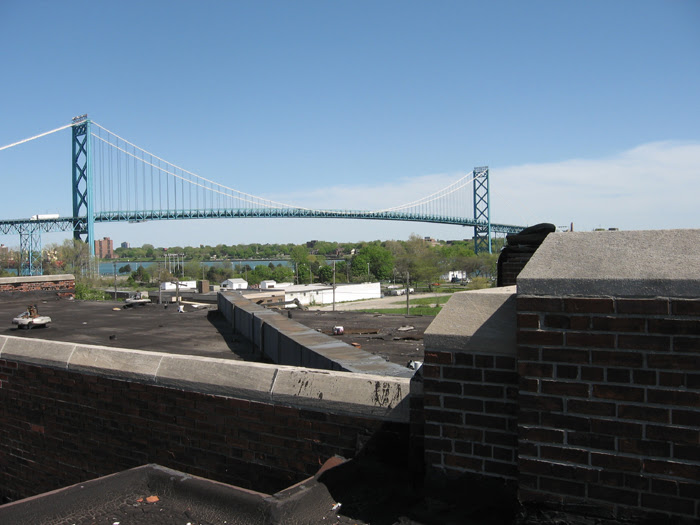 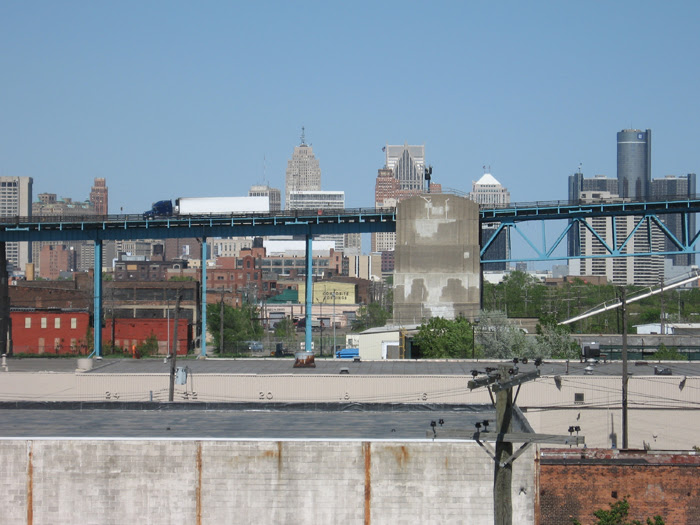 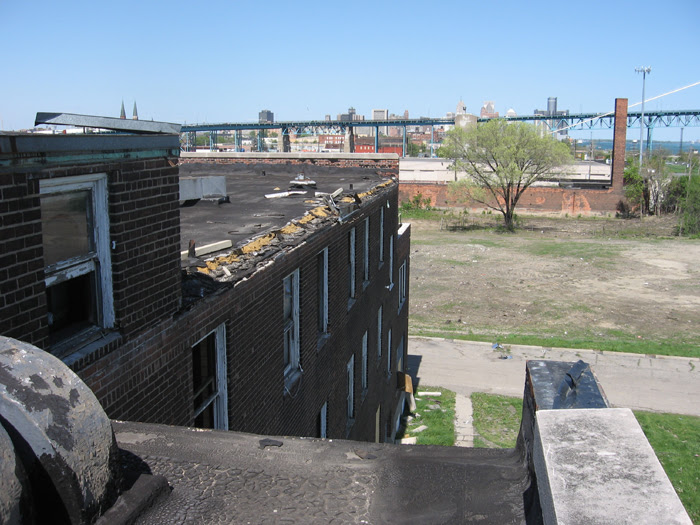