This was a place that I knew very well, having driven past it thousands of times, but never bothered to stop for a closer look. It had been kept pretty well-sealed for many years, but one day I noticed a chink in the armor and decided to investigate.

Engine Company 22 originated at Michigan Avenue & Military Street in 1896, and began pulling out of this station house with horse-drawn apparatus. They were part of the 7th Battalion of the Detroit Fire Department, which was once described with the saying, "Where Every Night is Devil's Night." 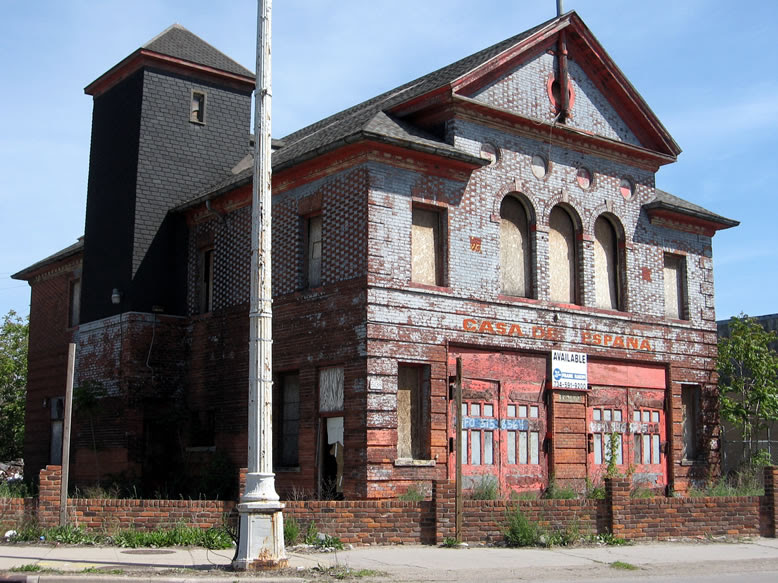 Engine 22 was remodeled in 1923, at which time its decorative hose tower may have been chopped down to its present height and more modest appearance. By the way, firehouses have those towers literally for hanging and drying hoses after use to prevent them from molding. 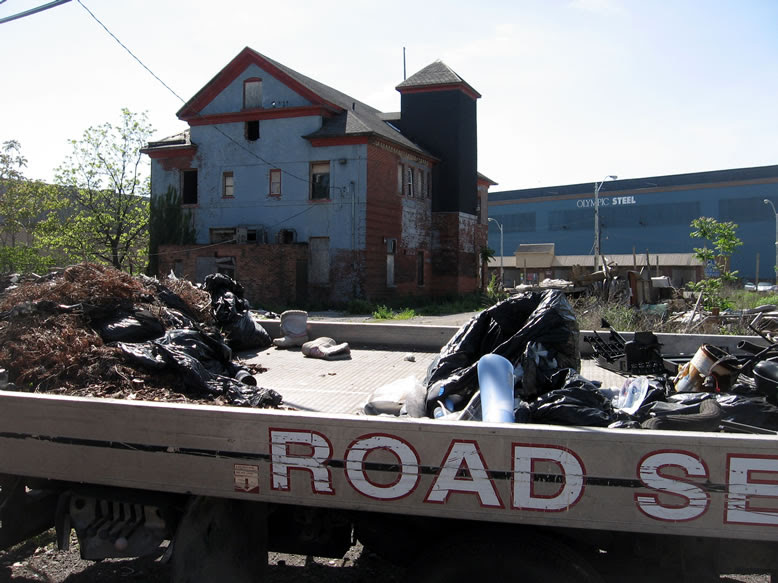 Engine 22 was disbanded in 1983, which you may note was right before the peak of Devil's Night craziness; 1984 was the worst year for arson in Detroit's history. The problem with arson in Detroit has always been that it escalates commensurately with the rate of depopulation—which means as the number of vacant structures at risk of arson increases, the number of active firefighting companies declines due to dwindling tax revenue. Furthermore, as Detroit firehouses close and firemen are laid off the remaining firemen are overburdened with the increased workload that results, and the budget for equipment repair shrinks, while le Nain Rouge dances and cackles maniacally in the night.

This could not have been illustrated more vividly than October of 2005, when the old Detroit Insulated Wire Co. plant—two blocks away—burned in a 5-alarm fire. Had this fire station not been abandoned, that disaster might have been averted.

As of 2014, the DFD battles exponentially more structure fires than any other city in the nation, hands-down, and they do it with boots and coats that are tattered and in many cases held together with duct tape. Their trucks have bald tires, non-working aerial ladders, cracked windshields, dented and rusty fenders, and they leak oil. I've mentioned it before on this blog, but I'll do it again—if you have not watched the Detroit Fire Department documentary, BURN, then you really need to. It is the best documentary about this city that I have seen. 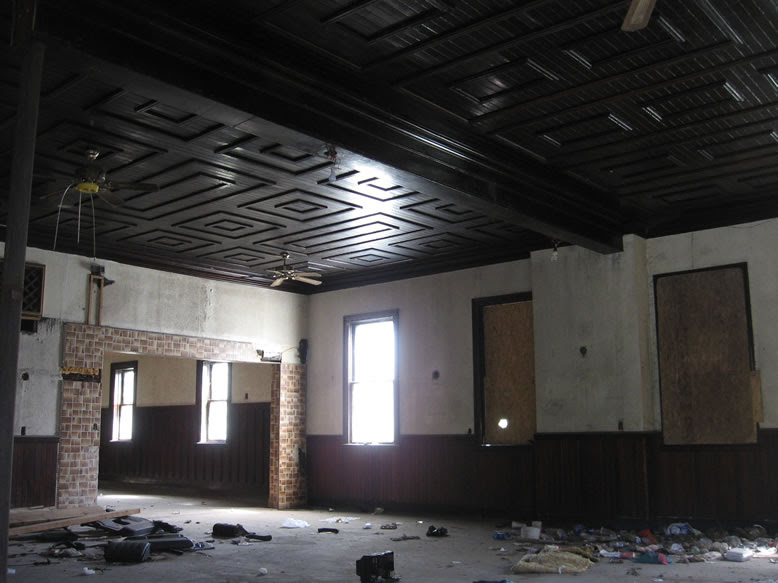 A Mexican restaurant named Casa de España later moved into Engine 22 in the early 1990s, but it was short lived. Their name remained boldly emblazoned above the apparatus doors for many years as the paint flaked away, before it was given a new coat of red paint in about 2009 to help the building sell.

Once inside, I was amazed at the well-preserved interior, especially the polished wood ceiling. Apparently the Mexican restaurant had been fairly kind to the original decor of the structure: 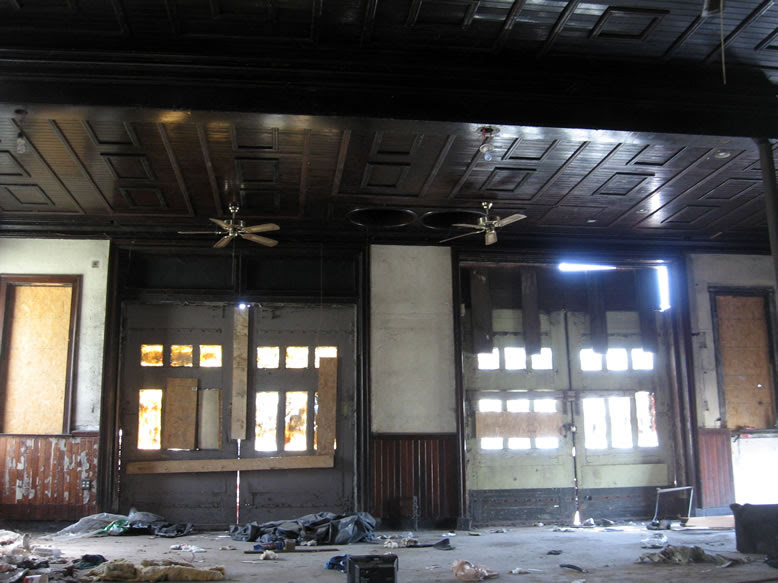 So after Engine 22 was closed down in 1983, they merged with the "Junction Boys" of Engine 27, at Junction & Rogers, which is also in the 7th Battalion. Engine 27 still exists, but as of 2006 they moved to a brand-new quarters at 4700 W. Fort St. while their old c.1902 station on Junction still sits closed and graffitied, though I think the Detroit Firemen's Fund used it for storage of props for the annual Firemen's Field Day.

Here, you can see the holes in the ceiling where the brass poles used to be, but the last fire poles in Detroit were taken out of service in the 1980s: 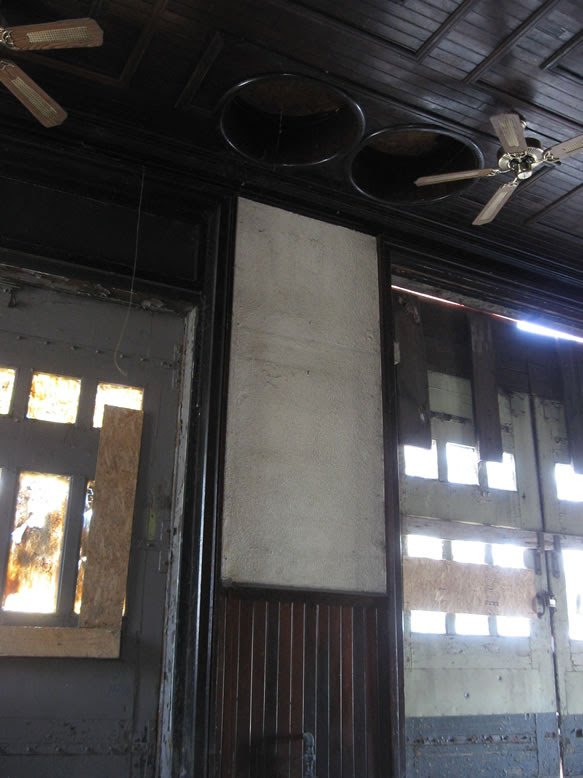 I can only imagine the craziness this place went through on some of the "busier" nights, or especially the 1967 Riot...it must have been like fighting a war. Then again, once the first call during that fateful week went out, Engine 22 probably never returned to quarters for the duration of the anarchy, seeing as there was no time during the infamous riot that something was not on fire.

The Detroit Free Press's Detroit Almanac reports that the DFD began phasing out brass poles in 1946, and had them completely abolished sometime after 1977. The reason was that too many firemen were receiving foot and leg injuries while using them. A quick Google search indicates that fire poles were still being used in many cities like Seattle, Chicago, and New York City up to at least the year 2011! The news articles cited the same concerns over injuries...I guess Detroit was well ahead of the curve on this one. Perhaps some of them were intentionally getting injured to finally get some time off? I know that if I were a Detroit firefighter, I would definitely consider taking a dive to get some paid time off from that hellacious job! 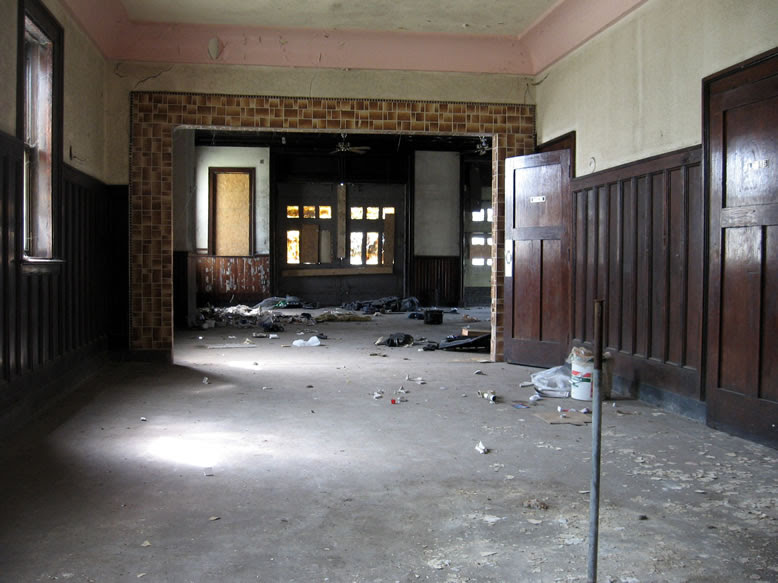 Aside from all the usual hurdles the firemen have to contend with in their day-to-day job, there has also long been an inept leadership at the top levels of city government, as if to make matters worse. According to a blog, the Detroit Building Department allocated $400,000 in 2010 for a new floor for Engine 22, which obviously was never installed, prompting journalists to begin scrutinizing the books and practices of the DFD's top brass. 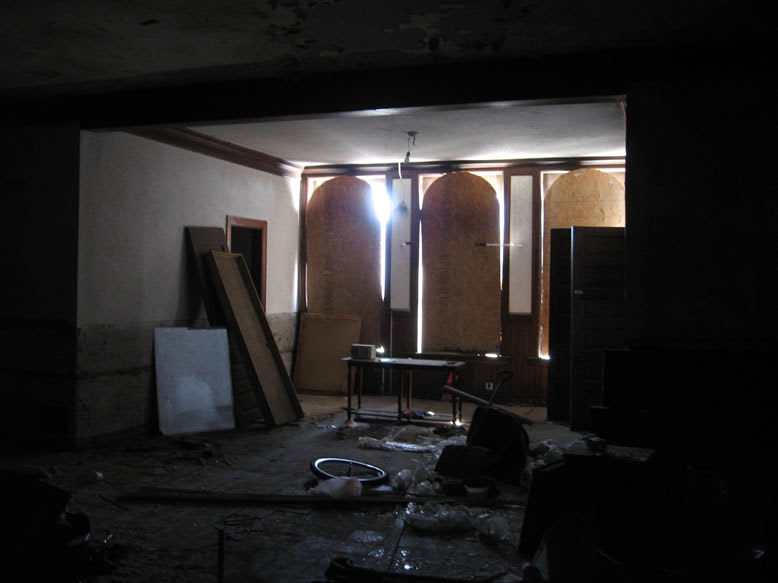 I went upstairs into the living quarters, and also into the attic where I found a bunch of old books and things stashed, some of which were old run logs, if I recall correctly. Unfortunately I did not get any decent photos, nor did I have the foresight to loot rescue said run logs. 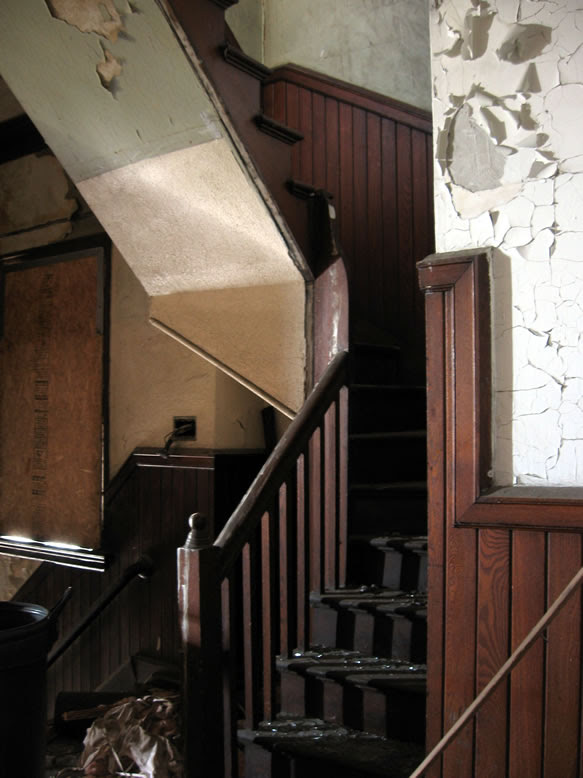 As I was leaving I noticed a dripping sound, and the smell of chlorinated water coming from the basement. Sure enough, through a basement window I could see with my flashlight that the building's lower level had filled up with water from a broken main. 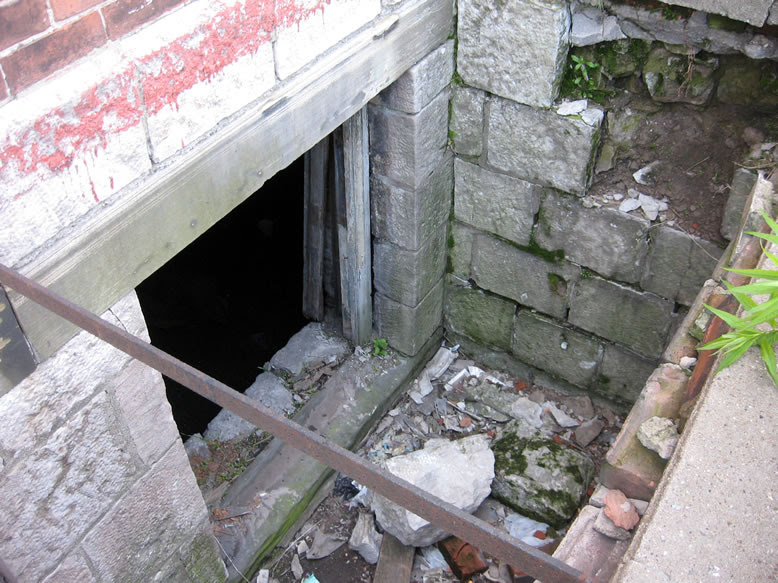