The Bamlet Building sits next to the Farwell Building in downtown Detroit's Capitol Park area, and sat vacant for many years. According to the c.1912 History of Detroit by Paul Leake, Frank H. Bamlet was born in 1860 at his humble ancestral homestead at the corner of Griswold and Grand River, on the very same spot where the grand six-story building bearing his family name now stands.

His grandfather, Joseph Bamlet, immigrated from England and was one of the "pioneer settlers of Detroit." The home Joseph built was a two-story structure from which they ran a mercantile business on the first floor and lived on the second. Joseph's son, George Bamlet, eventually tore down the original wooden structure and replaced it with a four-story brick store, and when he came of age, his son, Frank H., tore this down in 1897 and erected the present six-story building. 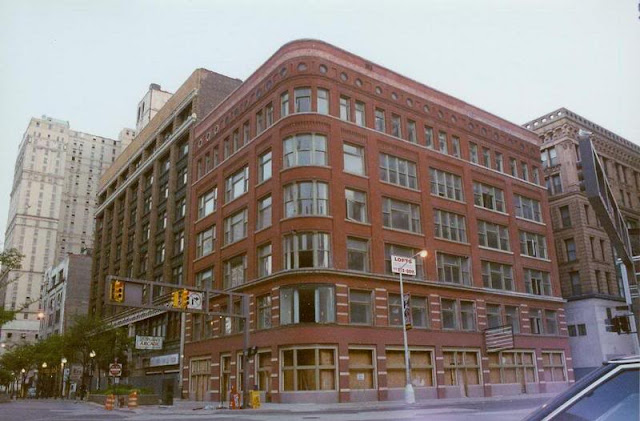 Author Jack Dempsey notes in his book, Capitol Park: Historic Heart of Detroit, that the Bamlet Block, also sometimes called the Capitol Square Building, was designed by the Detroit firm Spier & Rohns, who are noted for designing the Chamber of Commerce Building on the opposite corner of Capitol Park, Sweetest Heart of Mary Church, and First English Evangelical Church.

Frank Bamlet was an investor who was schooled in the practice of law, and was also in the jewelry business for a time. But it was in real estate that found his greatest success, both for himself and to "further the civic and material progress" of the city, since his operations were broad in scope and importance. Bamlet sat on the Detroit Board of Commerce, the Detroit Real Estate Board, and was active and successful in the development of the "northern section" of Detroit, "now recognized as one of the most beautiful residence districts of the city," as well as assisting in the upbuilding of "what is designated as the west end of the city." Bamlet also built many structures along Fourth Avenue, and in the same year that he finished the Bamlet Block, he also erected his new residence at 2420 Woodward. 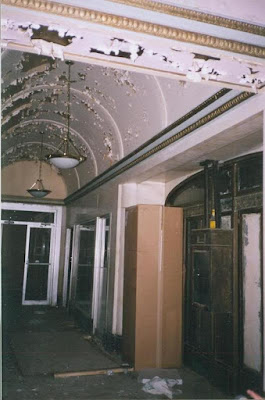 Leake goes on to glowingly describe Bamlet as "alert, farsighted, and progressive," connected to many enterprises that contributed to the advancement of Detroit, and that "no citizen could have been more thoroughly loyal and public spirited." He was often courted for positions of public office but was just as disinterested in this course of employment as he was in that of practicing law.

Bamlet was a member of Central Methodist Church, and also very active in the Masonic brotherhood, being affiliated with the Oriental Lodge of Free and Accepted Masons, the King Cyrus Chapter of the Royal Arch Masons, the Detroit Commandery of the Knights Templar, and the Moslem Temple of the Ancient Arabic Order of the Nobles of the Mystic Shrine. I bet he had a special closet in his house designated just for all of his crazy Masonic costumes. Bamlet was also a member of the Wayne Club, which was actually headquartered on the 5th floor of his building.

Most of the floors we looked at were cleaned up and looked very much like a loft conversion was about to materialize, or had just recently stalled: 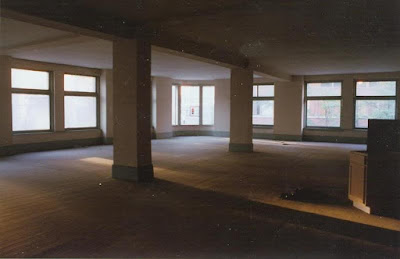 Clarence Burton notes in his seminal c.1922 book The City of Detroit, Michigan that Mr. Bamlet also was the investor behind the Peter Smith & Sons Co. Building built in 1912 at 1145 Griswold. The observant reader will note that both buildings share a distinct architectural characteristic--a rounded bay extends from top to bottom on the front corner of each of the two buildings, despite being of different architectural styles. Perhaps Mr. Bamlet liked this feature so much he requested it of his architects for both jobs? Futhermore, Mr. Smith later sublet space in the Bamlet Block for the expansion of his successful grocery business.

Frank Bamlet was killed suddenly in 1911 by a locomotive of the Detroit, Grand Haven & Milwaukee RR near his summer home in Oakland County "near Birmingham." He was allegedly thrown 200 feet and found with every bone in his body pulverized. Onlookers described the impact as a loud "BAM!" 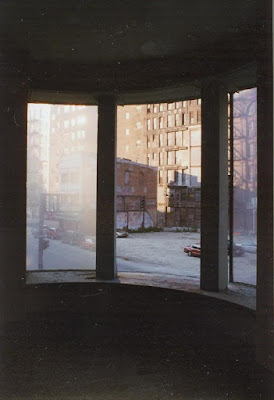 This boarded-up building on the opposite corner has since been completely renovated and occupied as of 2014: The Bamlet Building remained successful for several decades after its namesake had perished, but by the 1970s it went into the same nosedive that the rest of Capitol Park was headed for, and by the mid-1980s it was closed for good. 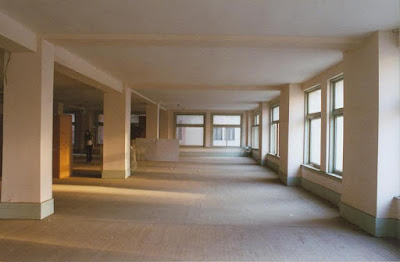 I only visited the Bamlet Building once, and accessed it from the roof. In later years I noticed a weak point in the alley and told Detroitblog John that it looked doable. He subsequently found the first floor to have an alarm installed, and I received a somewhat moody phonecall a few hours later expressing some dissatisfaction with the quality of my intell... Oops! 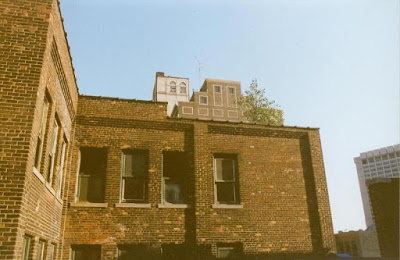 In 2013 it was purchased by Dan Gilbert. I did not see any serious scrapping, decay, or vandalism that occurred in here, so it should be a pretty quick renovation. 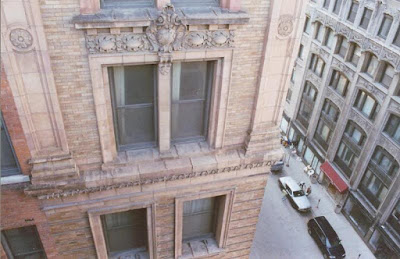 Gaining access from the Farwell Building to the Bamlet Building was pretty elementary... 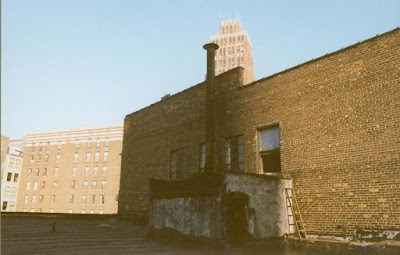 References:
History of Detroit: A Chronicle of Its Progress, Its Industries, Its Institutions, and the People of the Fair City of the Straits, Vol. III, by Paul Leake, 1912
Capitol Park: Historic Heart of Detroit, by Jack Dempsey, 2014
The City of Detroit, Michigan, Vol. III, by Clarence Burton, 1922