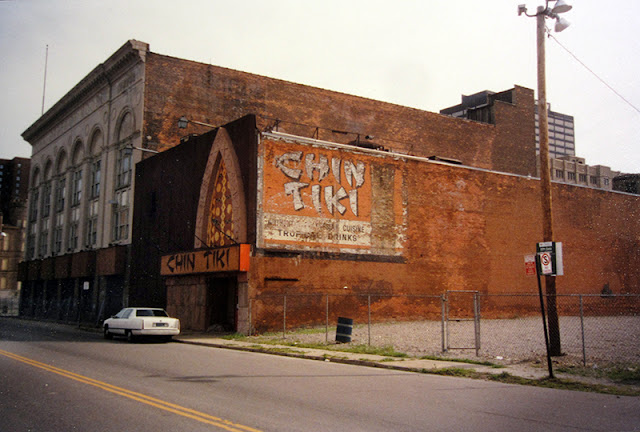 The car belonged to Marvin Chin, founder of Chin Tiki's, which he opened in 1967 at 2121 Cass Avenue. He then opened another location on Plymouth Road in Livonia, called Chin's Chop Suey, both of which were wildly popular for many years.

He was here today with his son trying to continue cleaning out the old building that had been shut down for so long, in hopes of one day reopening it. We approached the door and yelled in to whoever was there, and soon old Marvin and his son came out to see who the hell was yelling. If I recall correctly, his son Marlin was carrying a bat when he came to the locked security gate behind the open door. 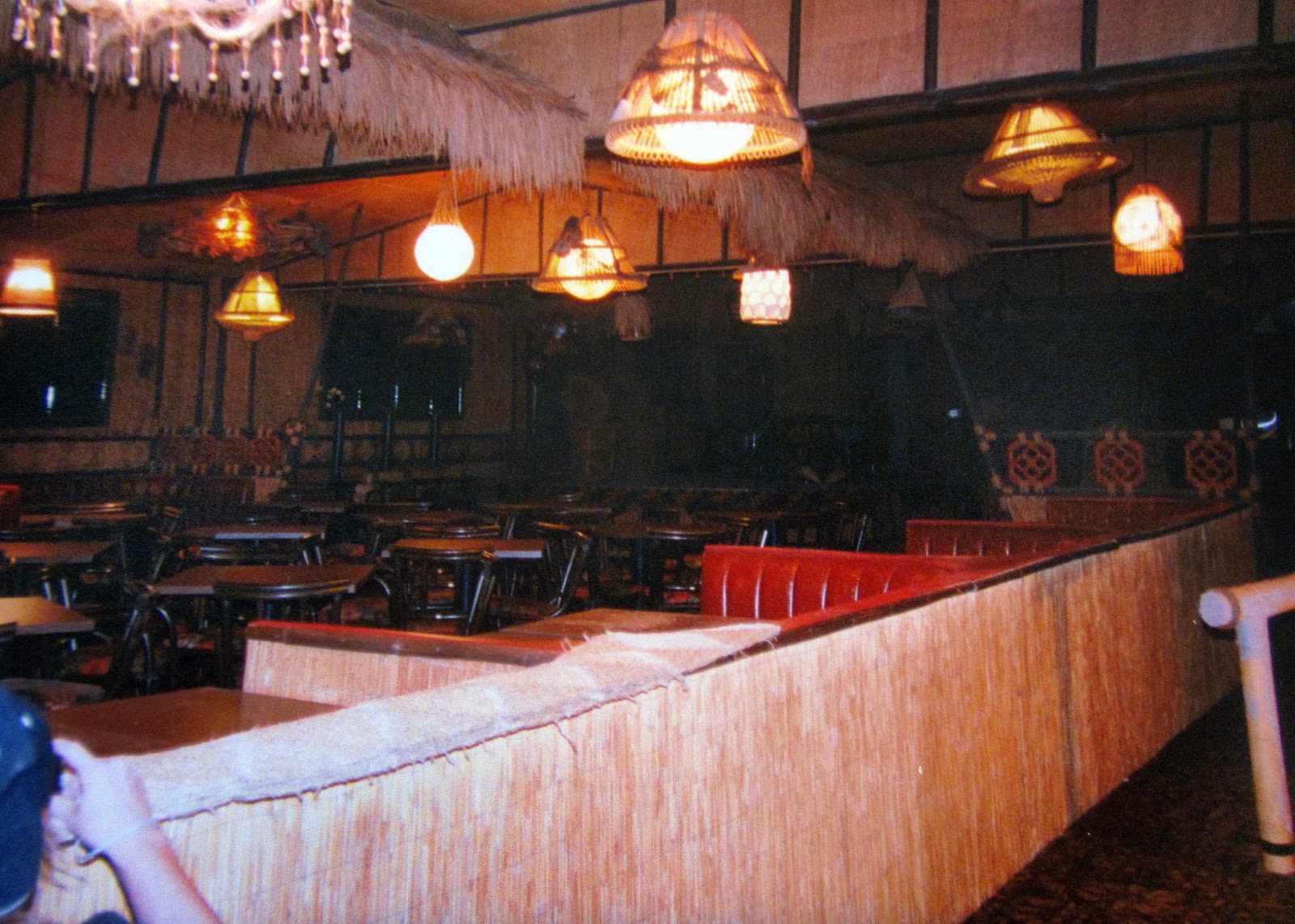 We ended up talking to them for quite awhile, and they let us in to see the place. There were waterfalls, grottoes, a bamboo bridge, thatch-roofed booths, and tiki idols everywhere you looked. The place had been very classy at one time, and I understand that there were some scantily clad females on staff who also made the place a hit. 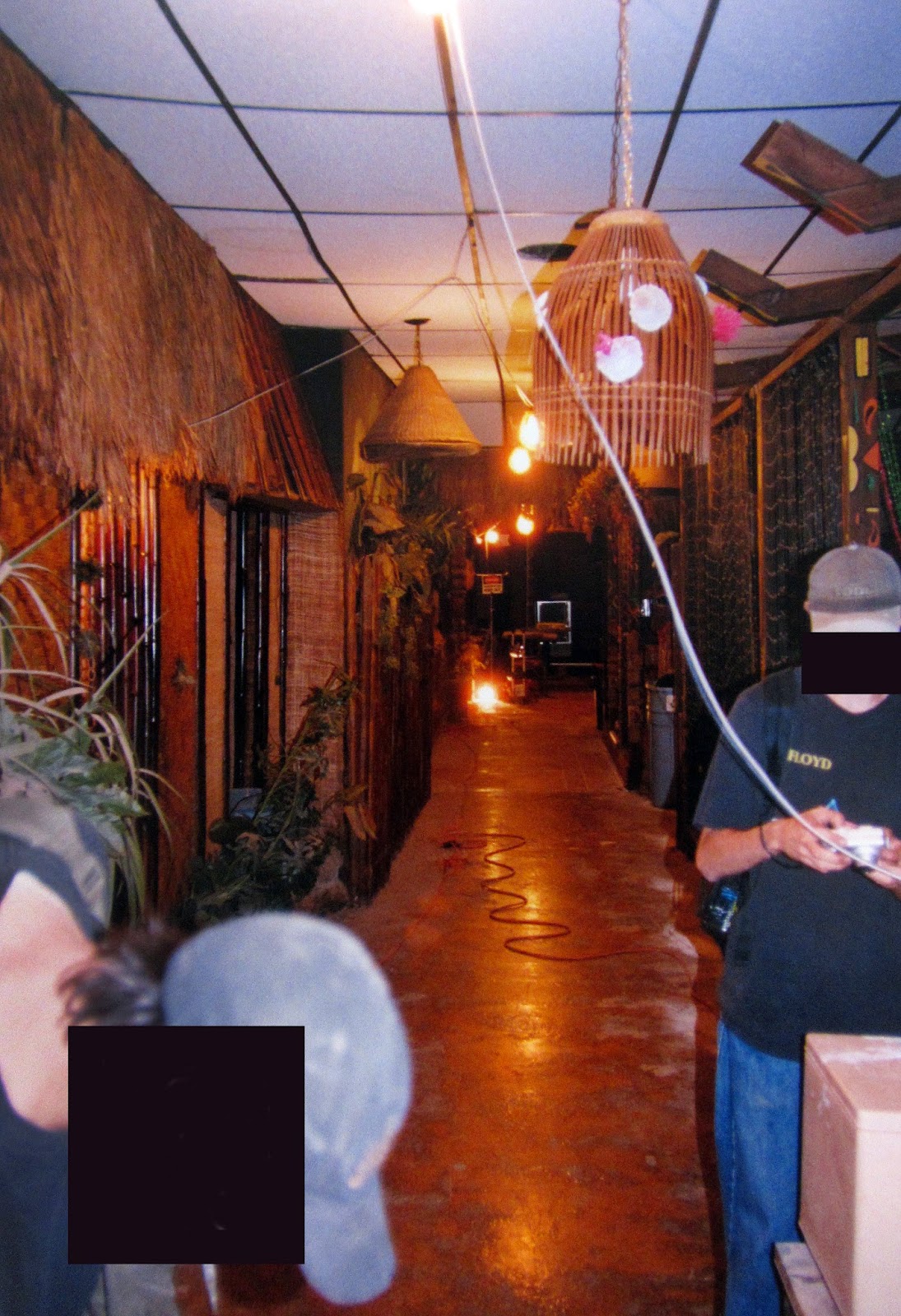 As you might be aware, this building was featured in Eminem's movie 8 Mile, even though it was closed at the time. Marvin Chin agreed to the movie shoot in hopes that he could use the money he earned from it to reopen the restaurant.

Unfortunately, he said, the result was that Hollywood just came in and made a huge mess of the place, shifting the building's contents all around and not putting any of it back, and the damaging or theft of other items. Marvin said the amount of money he received for the shoot was not very impressive either, being that the scene in the movie was very brief. Furthermore, being that Marvin was now getting up in years, it was too much of a burden for him to put the place back together on his own, and the only person he had to help was his son, who was in his 20s, I guessed. 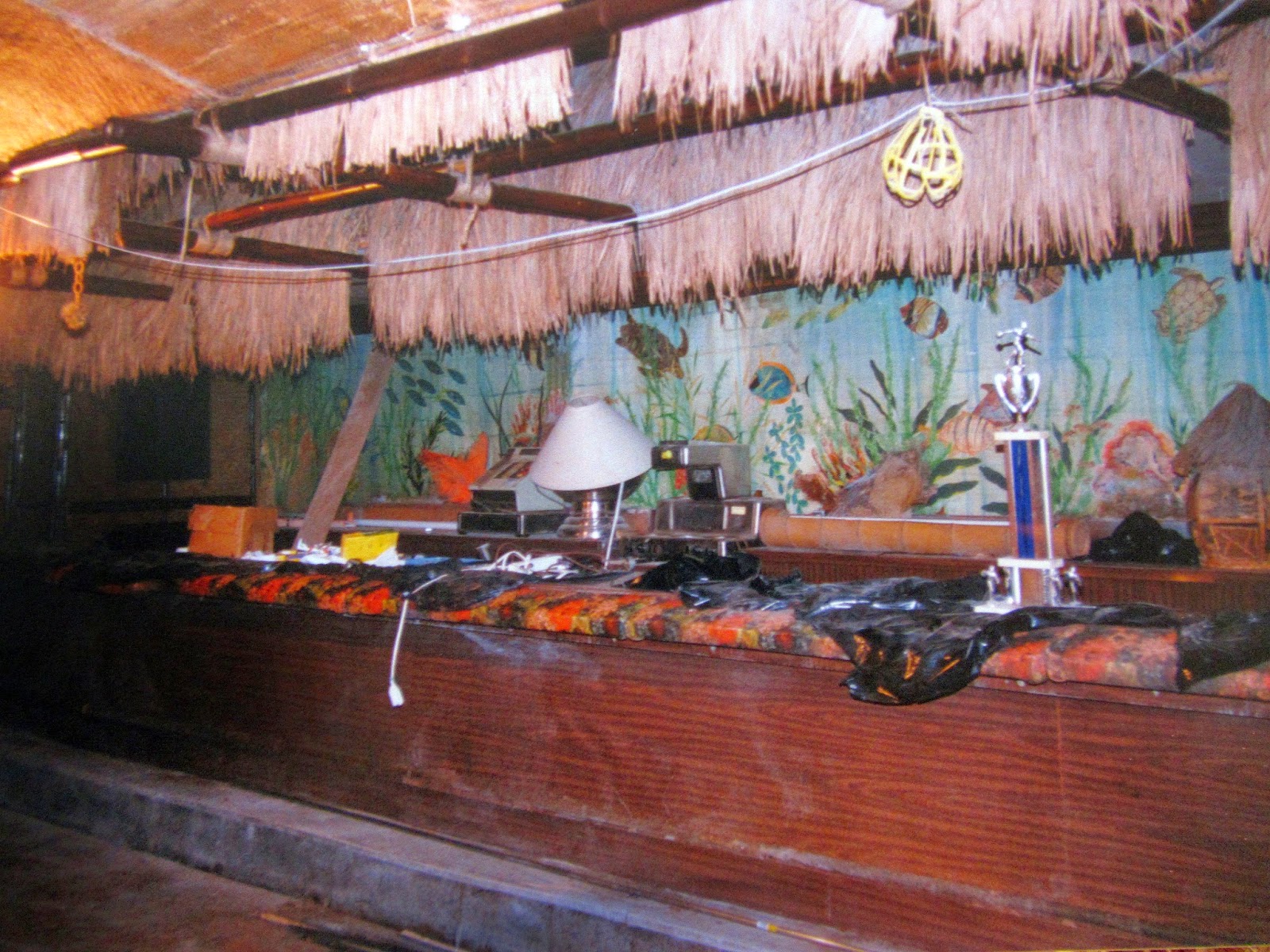 We helped him move a couple items around, and he showed us the booth that Eminem had sat in for the movie scene. Some of the items that needed to be moved around were kitchen equipment, and giant wooden tiki statues that must've weighed hundreds of pounds. Marvin mentioned that everything in the restaurant remained from when it shut down in 1980, including several cases of whiskey in the basement that he said dated to 1976.

According to the book The Lost Tiki Palaces of Detroit by Michael Zadoorian, some famous people (besides Eminem) who have been here included Barbra Streisand, Muhammad Ali and Joe DiMaggio. It is also mentioned in the book Ghostly Ruins: America's Forgotten Architecture where author Harry Skrdla refers to Chin's as a "hermetic world of hipster lounge music and fruity drinks" that in 1967 was "like a sealed compartment on a sinking ship." Let's just say it was probably a prudent business move to have another location in Livonia.

Incidentally, here is what the "sealed compartment" looked like in 1976, in a photo I found in the DUCP: 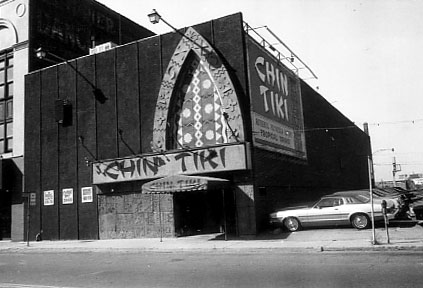 Sadly, Marvin Chin passed away in April 2006 of a stroke, and the renovation of the restaurant never came. George Boukas, owner of the nearby Temple Bar and longtime friend of Marvin's, claims that the reason he had his stroke was due to the stress incurred from the nightmare that the 8 Mile film shoot caused him; while the film crew had much of his kitchen equipment moved out into the alley, the city had it confiscated for blocking the alley. Boukas said that after Marvin's passing, his wife just wanted to be rid of it all and sold the building to Mike Illitch, who demolished it in 2009.

This old ad I found in the Broderick Tower shows how many restaurants used to operate in what was Detroit's tiny Chinatown enclave: 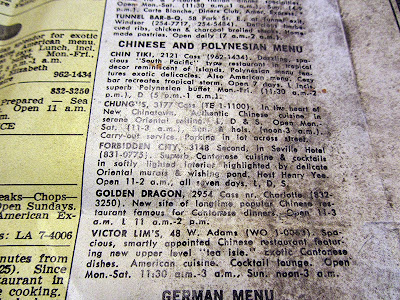 I find myself wondering if the Chin family had any relation to Vincent Chin, the man who was tragically beaten to death in Highland Park in 1982 by two unemployed autoworkers because the Japanese auto industry was eclipsing Detroit's in those days and Vincent "looked Japanese."

Another prominent Detroiter with the Chin surname is Marshall Chin, owner of the Mon Jin Lau restaurant, where a dish locally known as Almond Boneless Chicken is still served. According to a Free Press article, this dish has sort of become a "Michigan thing," and is often referred to as "ABC." Another article investigates the possibility that the dish developed as a regional Detroit variation on a traditional dish, as often happens when Chinese immigrant groups relocated from San Franciso and formed enclaves in new cities.

The Livonia Chin's is still open today, across the street from a former Fisher Body Plant.