What Battle Creek Did Besides Cereal

I bet you didn't know the modern forklift was invented in Michigan. My colleague, who went by the handle DopeNess Monster, told me in early 2007 about a company near and dear to his heart. He grew up in a family that owned a small industrial concern in central Michigan, and has fond memories of riding around with his dad on a classic Clark brand forklift in their factory. In fact he even had a miniature Clark forklift as a toy. They recently acquired another old Clark, which he found out was built in Battle Creek:

DopeNess decided to stop there one day to visit the now-abandoned and mostly demolished factory complex, and I came through town soon after. In the distance, you can see the silhouette of the Battle Creek Sanitarium's tower: 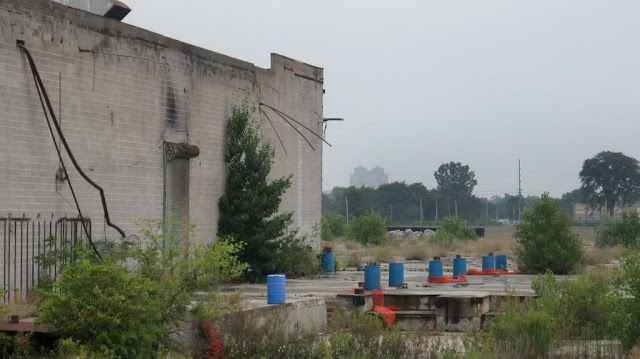 Though Clark was founded in the rural town of Buchanan, Michigan in the early 1900s, they built another plant here in Battle Creek by the end of World War II.

In the beginning it was the merger of three companies that resulted in what became called the Clark Equipment Company. This was done during World War I in order to supply the British Army with steel wheels and other machined parts that they needed. Business boomed, and so did the town of Buchanan along with it. These heavy components needed moving however, and employees of Clark Equipment invented a vehicle to help with that task...


The Tructractor was the world's first internal combustion-powered industrial truck. The Tructractor was originally configured with a flat bed or cargo box and was manually loaded and unloaded. It was used to haul materials between Clark's various axle, drill and wheel departments. However, visitors to the plant were impressed with its practicality and asked Clark to also build Tructractors for them. In 1918, eight Tructractors were built and in 1919 over 75 were manufactured. 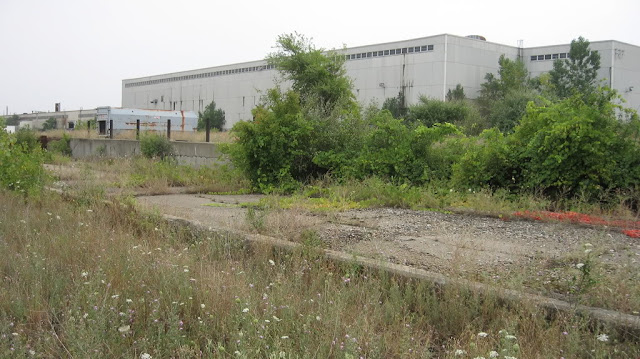 Two years later, Clark Equipment Co. formed a subsidiary called the Clark Trucktractor Co. in order to meet demand for this new invention, and began exporting the Trucktractor to buyers in France. In 1922 Clark invented the "Truclift," an internal combustion-powered platform lift truck, the world's first internal combustion lift truck that used hydraulics, not mechanical gears and linkage, to lift a load. The modern forklift was about to be born.

In 1924 that is exactly what happened when Clark's Duat tow tractor was modified with an attachment that could be called what we refer to today as a forklift. The Clark became indispensable in many industries as well as the lumber and freight businesses. As time went on they came out with many more new models to perform different tasks, as well as continued innovation on the original design. Accordingly, the demand for their products skyrocketed and the Clark name became synonymous with the forklift, even though several copies of the invention began to appear from other manufacturers. 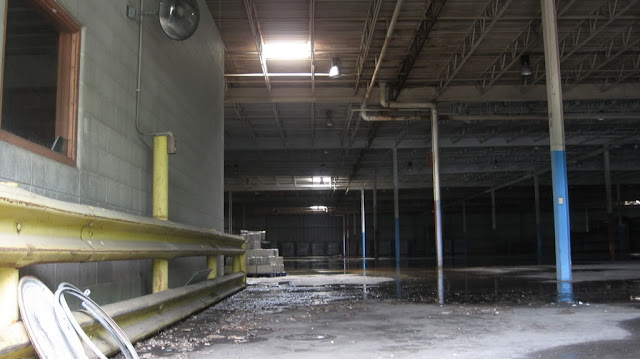 By WWII Clarks were in demand more than ever and the company had a payroll of just under 4,000 employees. It was said that there was not an air field under Allied control that did not have at least one Clark machine, and in 1943 Clark received the Army-Navy "E" Award. By war's end Clark had three other plants besides Buchanan, and then began expanding globally by building production plants in other states and other countries. Unfortunately for Michigan, many of these places did not have labor unions or require the same safety standards, and the competition from other manufacturers in these areas resulted in steady market share loss.

Many firmly believe that the Clark was--and is--a superior, over-engineered product. In fact, DopeNess, a connoisseur of industrial equipment, affectionately called it "a needlessly classy piece of industrial hardware," but that isn't what buyers want today. Today it is all about cutting corners and getting by as cheaply as possible, and thus a company like Clark Equipment has little chance of staying competitive. Eventually the plant in Buchanan was abandoned in the 1980s and the company was bought by Ingersoll-Rand in the 1990s. It was finally demolished in 2012. Dan Glass photographed the Buchanan plant sometime before that.

DopeNess says that the Willard Library in Battle Creek took possession of historical documents pertaining to the development of the Clark Co. when I-R bought them out, and that was where he found an index of vintage photos of the plants. He also shot a panoramic photo of what remained there at the time.

David Kohrman had also mentioned another place in Battle Creek to me, which he was able to explore before it was laid to total ruin. The United States Register Company: 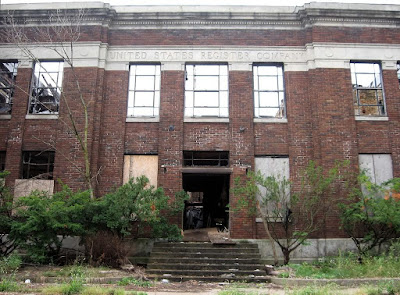 I asked David whether he knew anything about the company, but he was just about as empty-handed as I was. All I can find so far is a mention in a city directory from 1914 and a Michigan Department of Labor report from 1919 stating that they made "floor registers" and "side wall registers."

Next-door I noticed another building dressed in plywood, the American Stamping Co.: 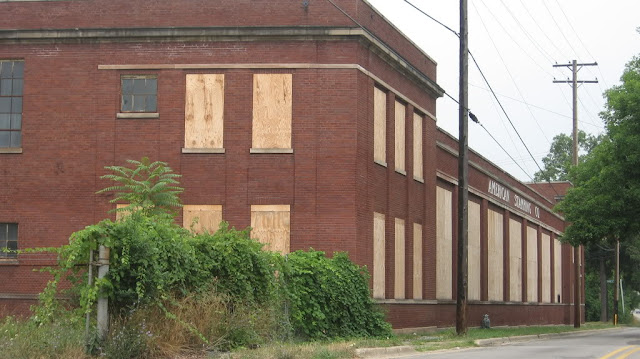 All I can find about it online is this historic photo from the Willard Library again, with a caption stating the company was started in 1911.

I decided to walk right into the burned out shell of United States Register. 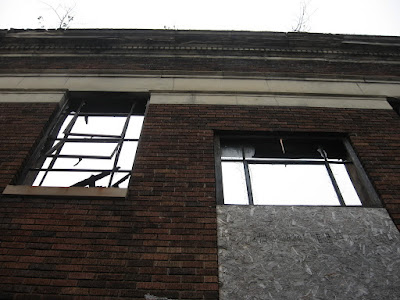 At the time I assumed that they built cash registers and the like, but it sounds now more like they manufactured radiators, or vent registers for furnaces.

This front building was obviously the company offices: 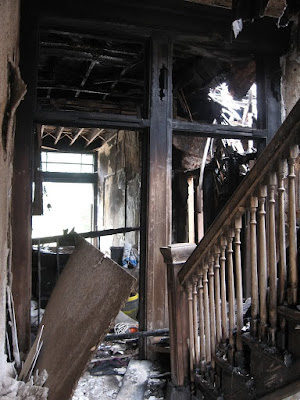 David hadn't been able to access this building because it was too well sealed when he was there, but as you can see there was a devastating fire since then, which almost completely gutted it and much of the rest of the factory. 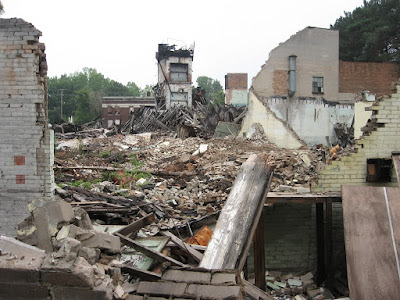 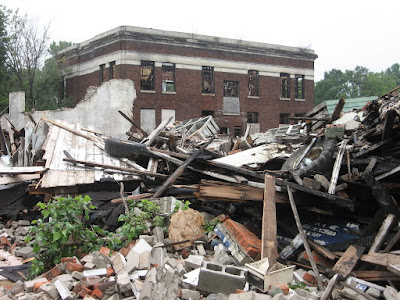 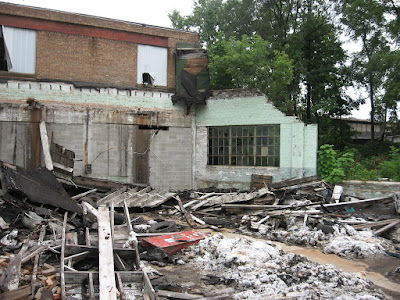 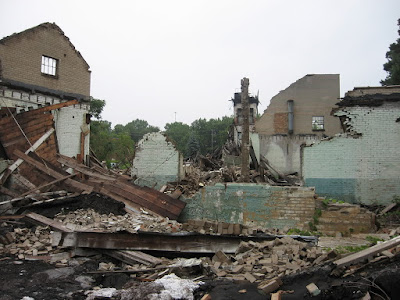 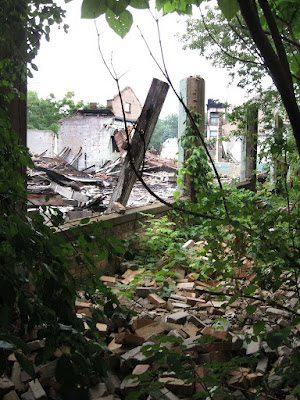 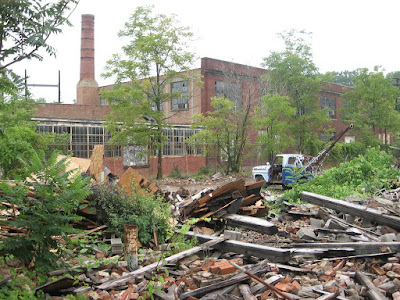 The building itself was rather well sealed however. 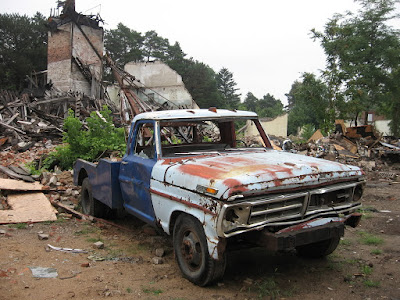 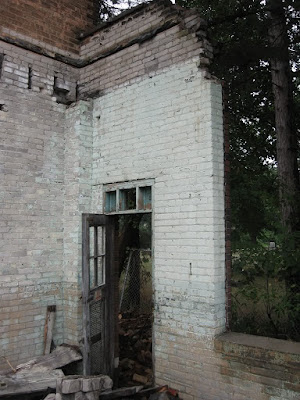 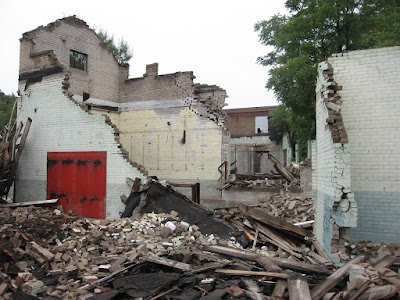 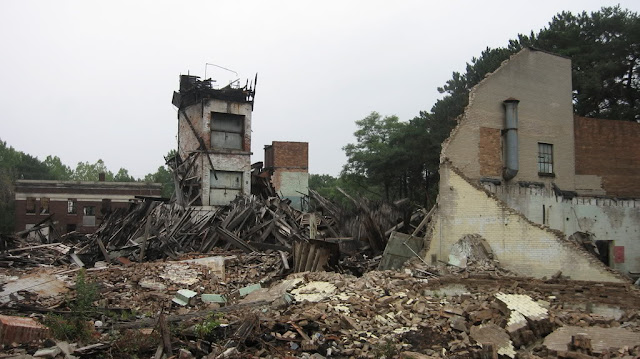 In spite of the fact that I could find almost no information about the United States Register Co., Battle Creek is not without its own very interesting past. 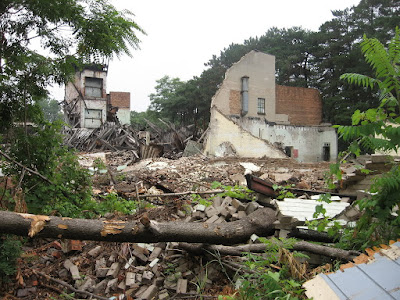 Battle Creek is of course better known as "Cereal City," the home of C.W. Post, Dr. J.H. Kellogg, and W.K. Kellogg, inventors of modern breakfast cereal; as the home of the world-famous Kellogg Sanitarium that they also founded; as the birthplace of Seventh-Day Adventism; and as the home of famous abolitionist speaker Sojourner Truth. 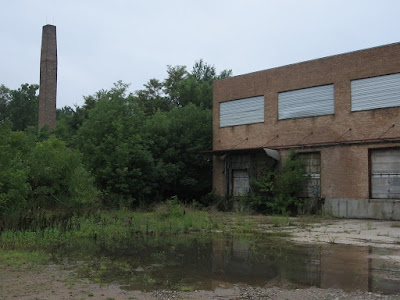 In case you were wondering, the city's name comes from a "skirmish" that occurred almost two centuries ago, between two local Native Americans and a government surveyor. 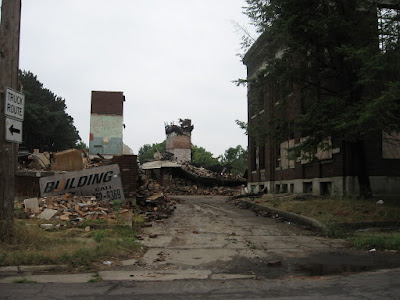 On my way out of town I decided to stop at the old Battle Creek Sanitarium for a couple shots: 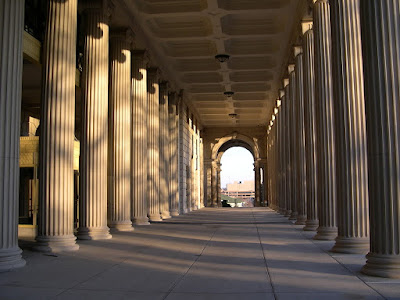