From a railroad grade Chisel and I spied a nice little Albert Kahn-style factory on Rosa Parks St. and decided to check it out. 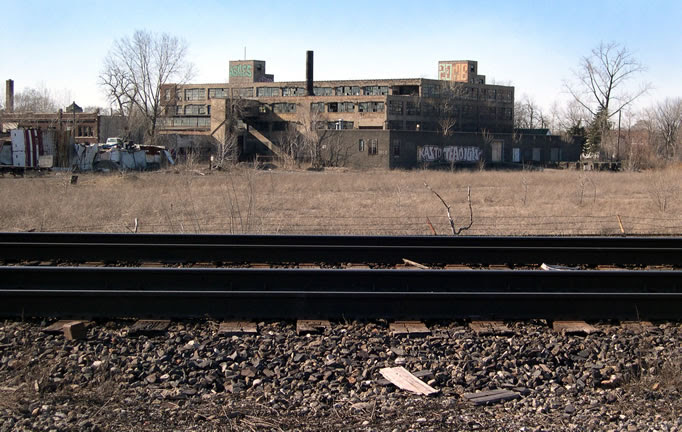 We had found the plant of the Schroeder Paint & Glass Co., which I immediately suspected to be an automotive industry supplier, as so many of the abandoned plants of this size in the city were. Cursory research seems to indicate that they served more than just one industry however. 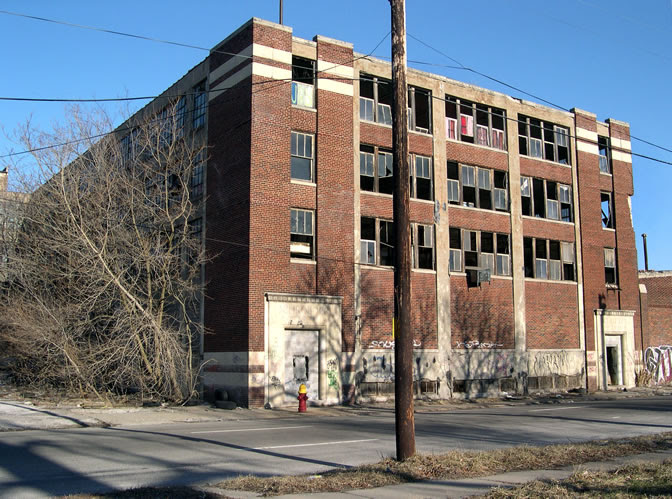 These photos were taken in early 2005, but the place subsequently suffered a major fire and collapsed quite a bit more since then. 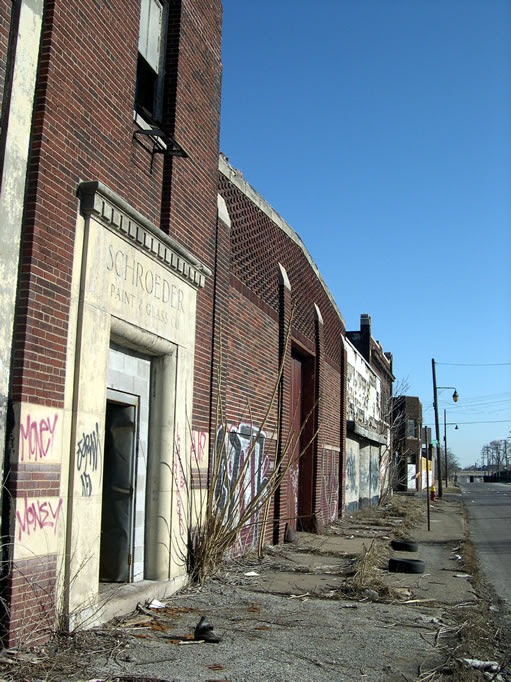 John Schoeder was born in Detroit in 1860. Entering the paint business at age fourteen, he worked his way up and founded his own company with James H. O'Donnell, the Schroeder Paint & Glass Co. in 1897. He acquired his education in the parochial schools, and later the Goldsmith Business College, taking classes at night while working by day. 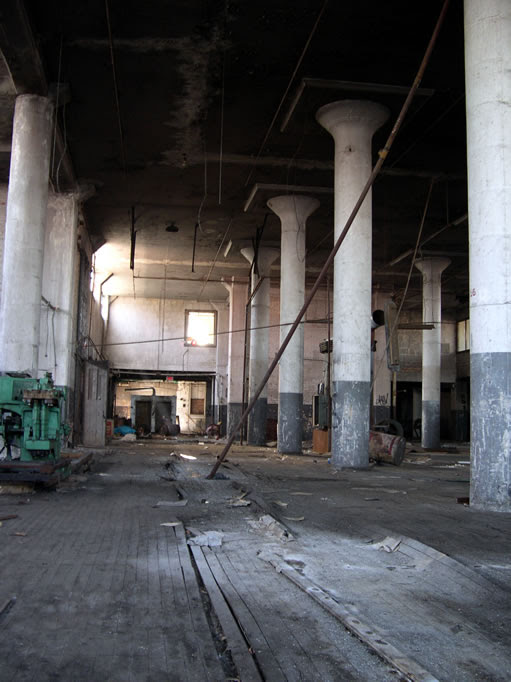 Schroeder also served on the Detroit Board of Commerce, the Detroit Water Board, and was president of the Michigan Smelting & Refining Co., as well as an active member in social and fraternal circles. Schroeder was a charter member of the Detroit Knights of Columbus, one of the oldest members of the Harmonie Society, as well as belonging to the St. Joseph's Society, the Westphalia Society, the Elks, and the Detroit Athletic Club. He later went on to marry a woman whose grandfather was one of the pioneer French settlers of Grosse Pointe. 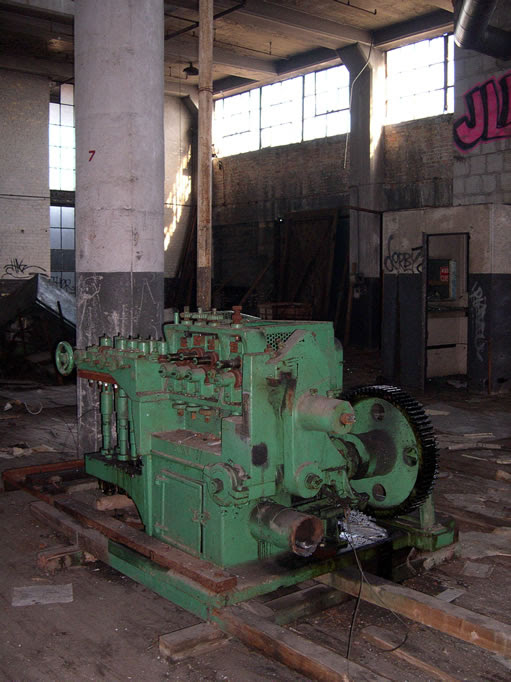 At the time of Schroeder's death his company was "the largest jobbing firm in that line in Detroit," dealing in both wholesale and retail. 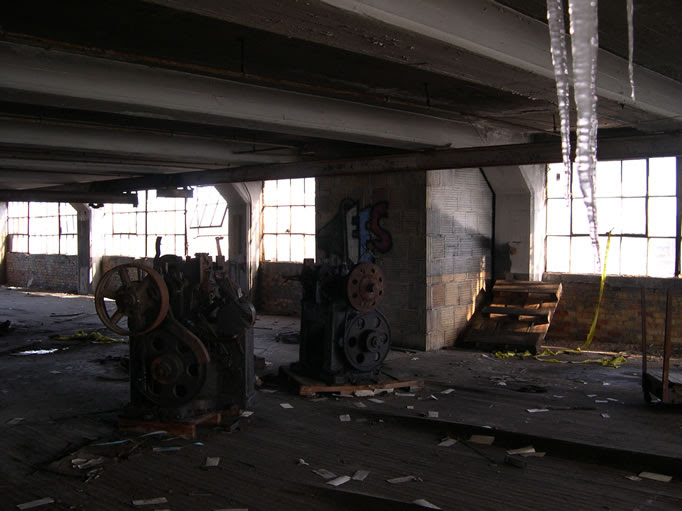 Sanborn maps of the downtown area show that Schroeder Paint & Glass owned several older buildings on Cadillac Square at Randolph, which is now the site of the Lawyers' Building (which I have explored, in a different post), as shown in a historic photo from the Detroit Public Library. 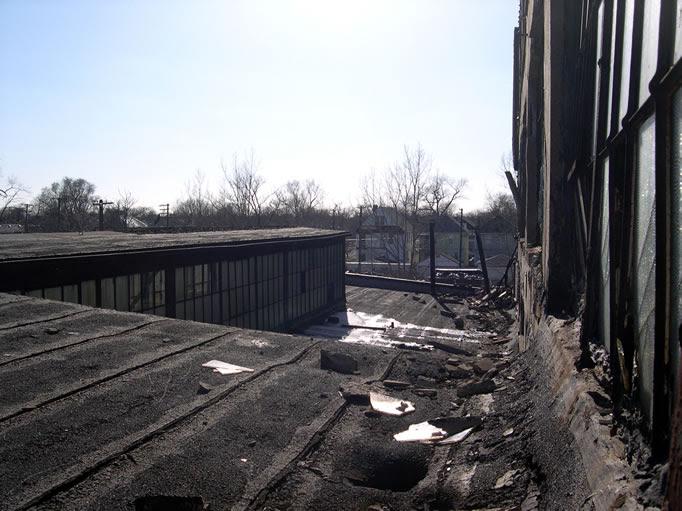 Sanborn maps of the spot where this plant stood show the area to be vacant land in 1910, with sparse groups of houses being built. 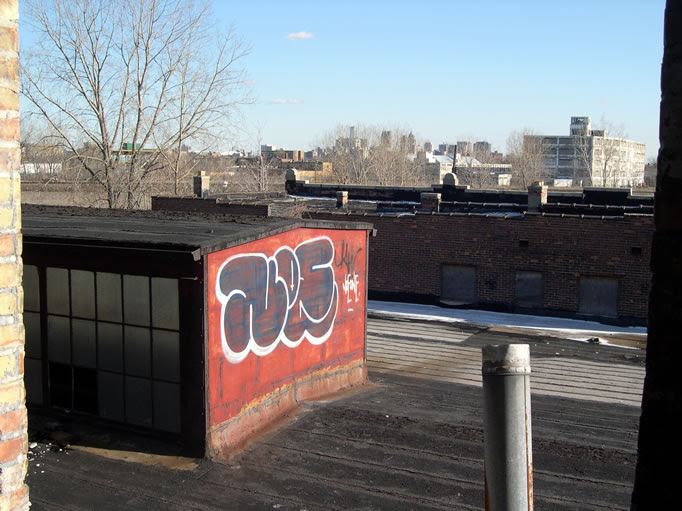 The Krill Brothers Barrel Yard stood just to the south, at 1370 12th Street (Rosa Parks), while on the west side of 12th Street was the large factory and lumber yards of the Wolverine Mfg. Co. Neither of those plants remain standing today. 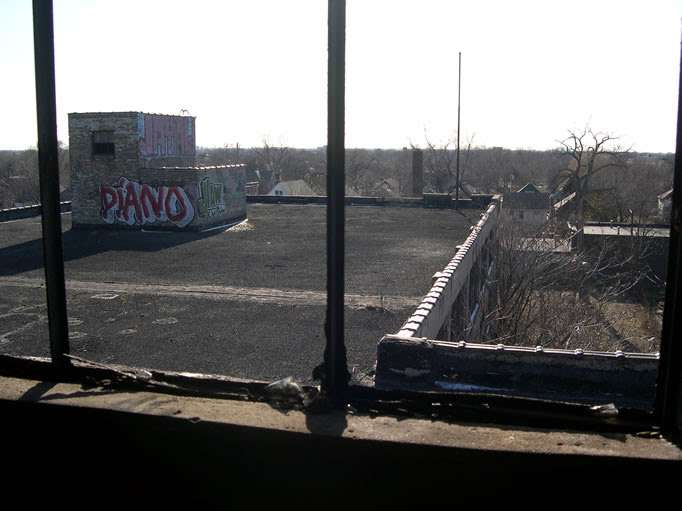 The Schroeder plant itself was quickly demolished in 2014, and a new warehouse was immediately built in its place. 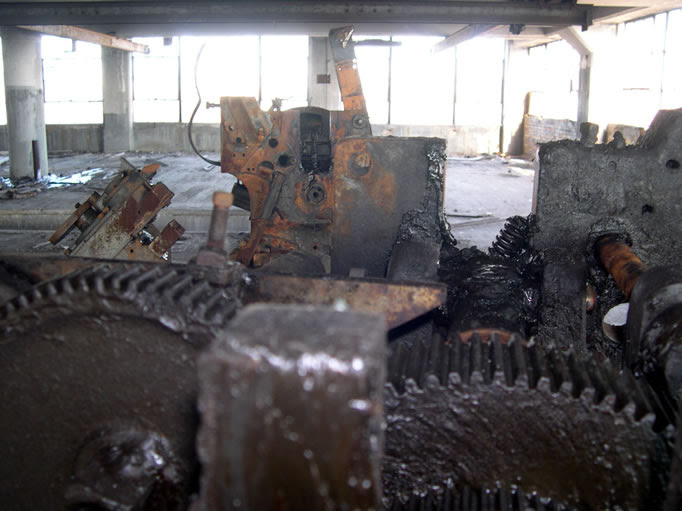 On the top floor there was an area marked off with police crime-scene tape, which David Kohrman later told me was actually somebody's target-shooting gallery. 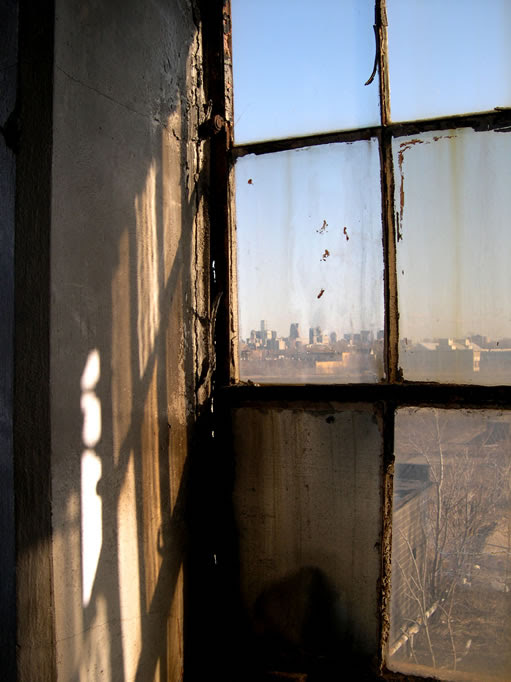 A pass-through, for what would seem to be a ceiling-suspended assembly line: 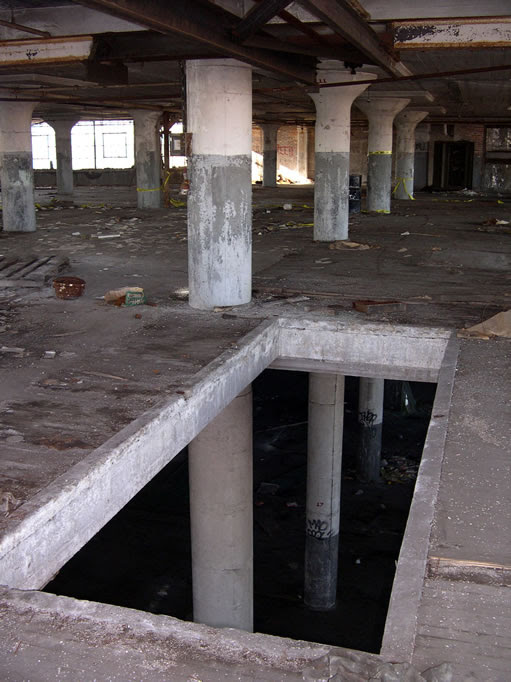 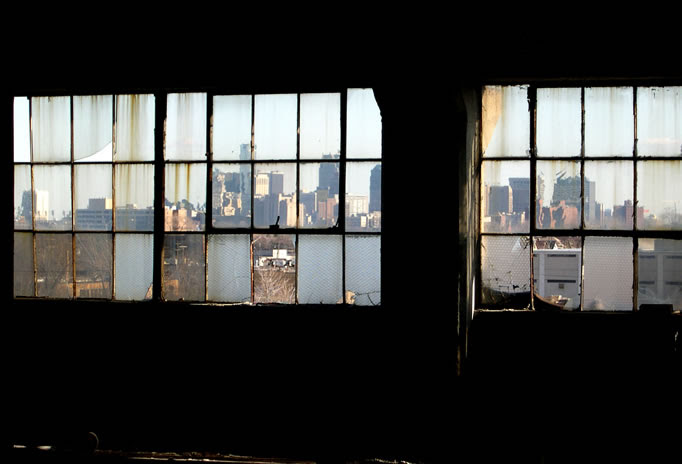 Off in the distance in this one you can see the towering hulk of Lee Plaza, once one of the swankiest places to live in Detroit, now just a 15-story cheese-grater: 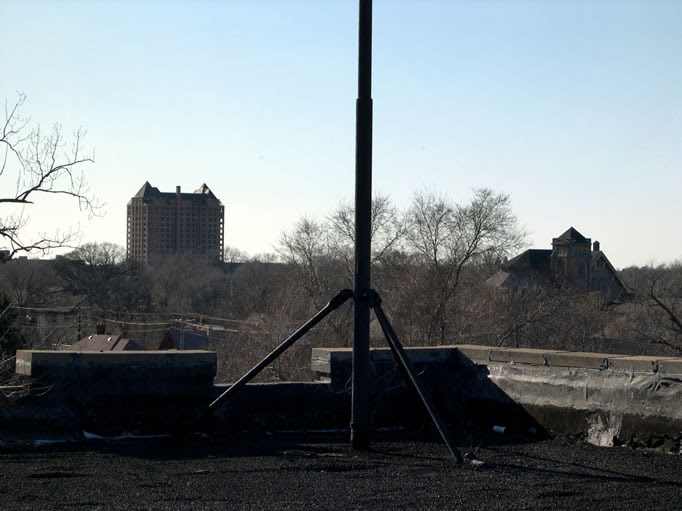 To the right of it is the historic King Solomon Baptist Church. 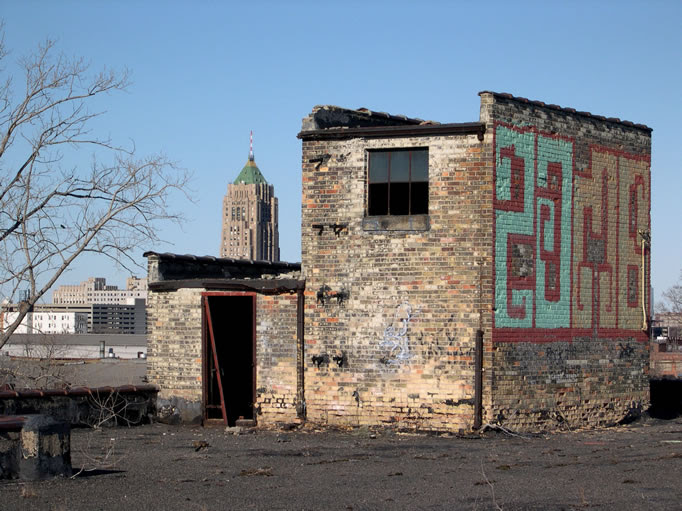 From the roof of Schroeder we can see the various vacant plants along Commonwealth Street, which I wrote about in great detail in an older post: 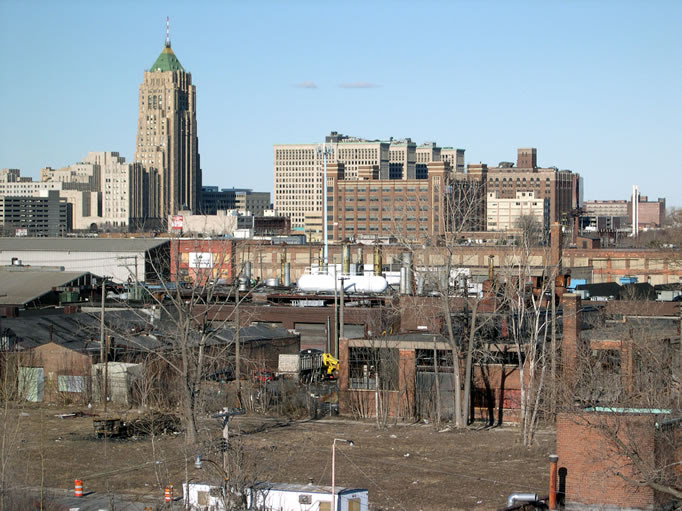 It looked like an expansion was once planned for this building: 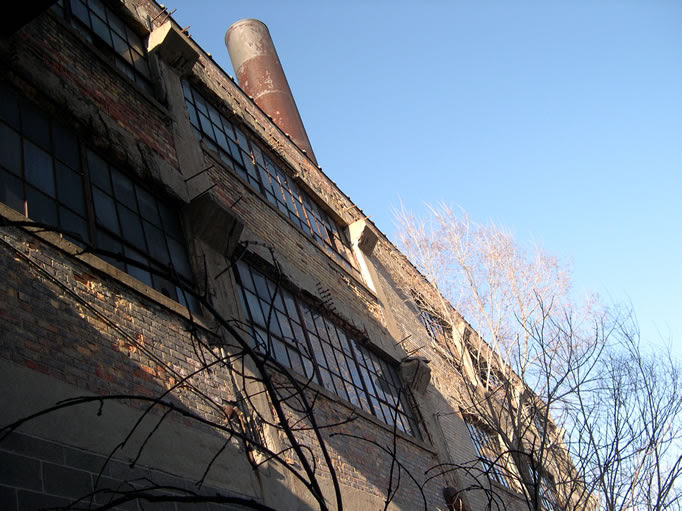