According to a c.1912 article in the Michigan Manufacturer & Financial Record, the Gemmer name has been around since the inception of the Detroit auto industry. It is a small plant sitting in the shadow of the much more famous and infamous Packard Motors, but anyone who has visited that ruin must have noticed the watertower or smokestack of Gemmer Engine & Mfg. Co. at 6400 Mt. Elliott: 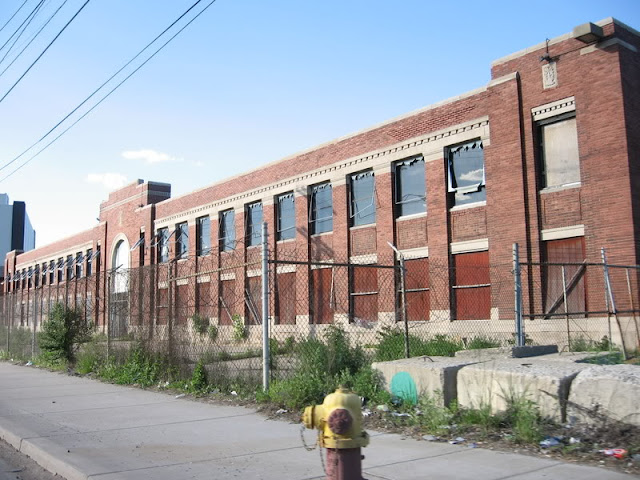 That facade looks Albert Kahnish to me, but who's counting?

The Packard Plant, seen from the Gemmer grounds across I-94: 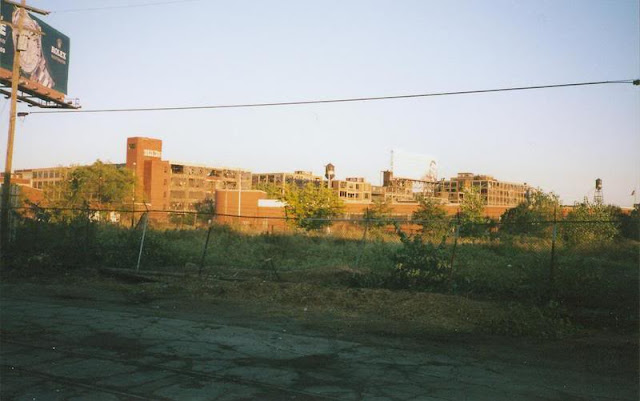 The product that put Gemmer on the map (and indeed keeps it on the map today, as many of its products are still in use) was the Gemmer Steering Box. An advertisement in another 1912 publication, Motor World Wholesale, indicated that well over 100 automobile brands were installing Gemmer Steering Boxes exclusively at their factories. Basically it was a rock-solid unit, and it was put into everything back then--even many European vehicles had them, as well as some watercraft, and off-road machinery. The U.S. Army's legendary M-37 truck was equipped with Gemmer gear. 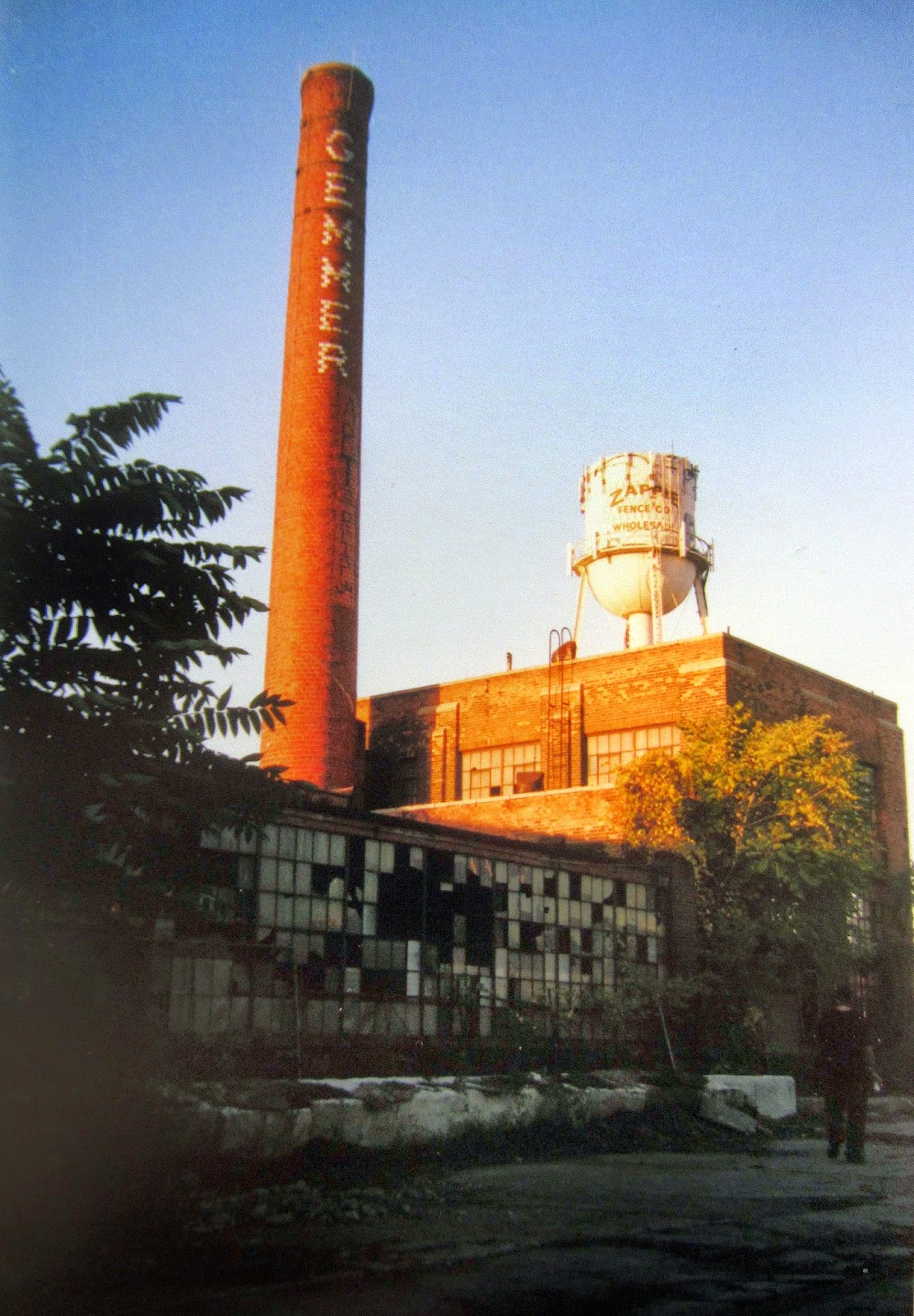 A steering box is a strong metal enclosure bolted to the frame of your car that contains the few simple gears needed to transform the rotational motion of your steering wheel into lateral motion to push the wheels of your car left or right via the steering linkage, a series of jointed steel bars. 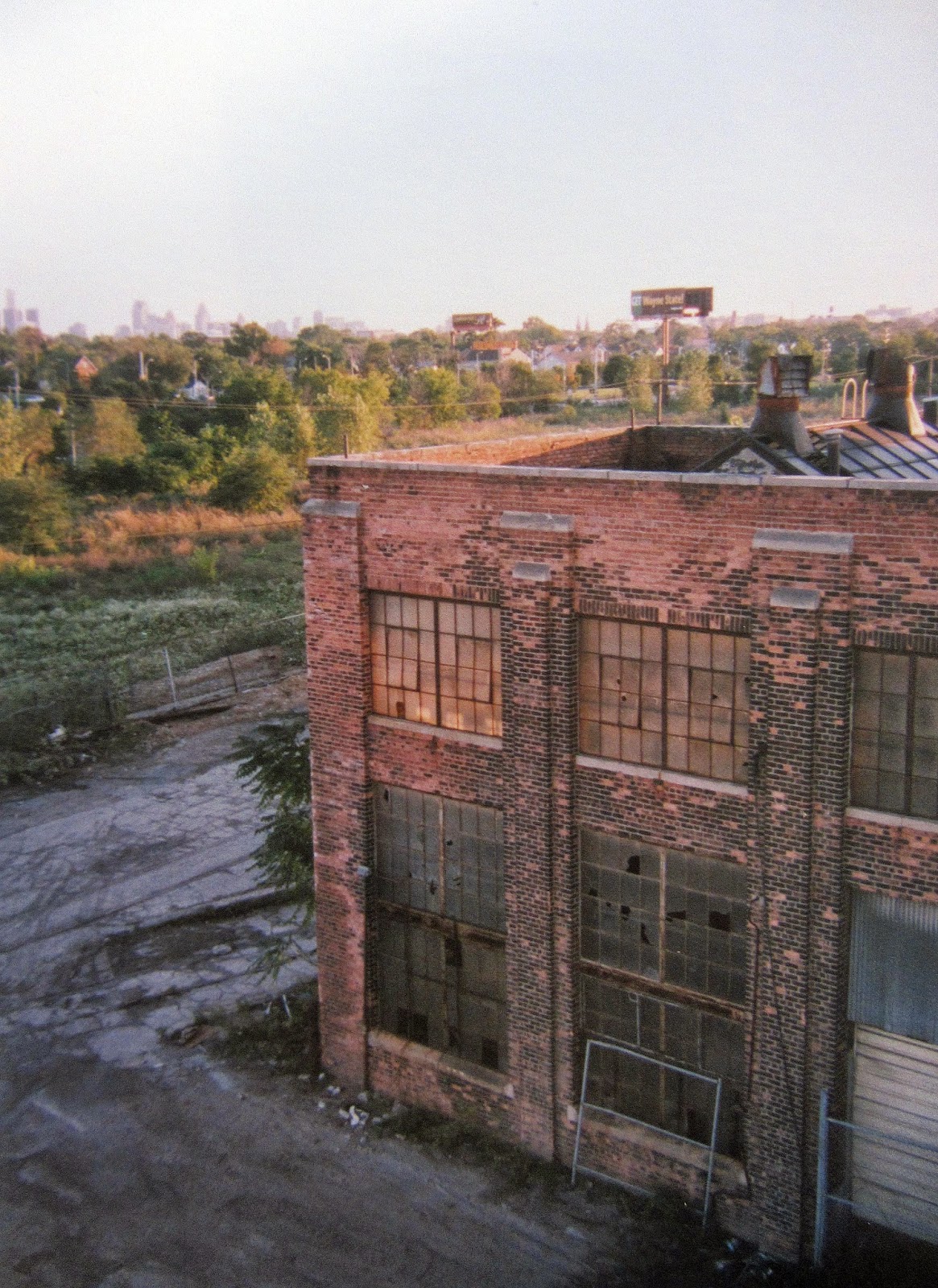 Gemmer relocated operations to Detroit from Wabash, Indiana in 1907, and devoted itself entirely to specializing in the manufacture of steering gears. Edward Percy Hammond, Sr. (1884-1940) founded the Gemmer Mfg. Co. when it reorganized in Detroit, and was also affiliated with the Federal Motor Truck Company. Their original location was at 741 Merrick, before moving to this plant. Quickly Gemmer gained acceptance as the highest quality supplier of this particular component in the market, and soon even found favor with racing car drivers. This reputation for strength was in large part owed to their expert knowledge of steel chemistry, and what compositions were needed for what application.

I have even heard that Gemmer invented power-steering, though this is not exactly true. According to one article, Gemmer's Hydraguide system was the first power-steering used on an American car when Chrysler installed it in 1951 to remediate the massive front-end weight caused by the heavy Hemi V-8 engine, and other manufacturers soon followed suit. Though patented forms of power-assist steering existed as early as 1876, and in the 1920s Pierce-Arrow installed the first such system on a truck, it was not equipped as standard on production cars until 1951 when Gemmer's Hydraguide became successful. 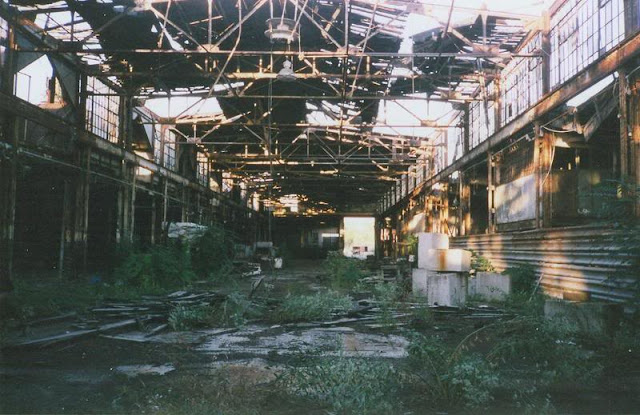 Gemmer "turned its plant over to the government" in World War I according to historian Clarence M. Burton, and every employee who enlisted in the service was guaranteed a place for waiting for him upon their return. In 1930 this plant employed between 1,000 and 1,200 people, Burton noted, and was the largest enterprise of its kind in the world. Burton also commented that "one of the first things that attracts the attention of a visitor to its offices" is a long honor roll, with the names of every Gemmer employee who went to the front.

During World War II, Gemmer again switched over to war production, just like any other red-blooded American company. According to the Detroit Historical Society, they manufactured "gun turret forms, 40mm shot, steering gear assemblies, [and] worm gears for turrets," I assume for driving their rotational movement, whether they be for Army tanks or Navy guns.