Getting Ahead of the Railroad

Once a customary resting place for Indians traveling along the Old Mackinac Trail, Roy L. Dodge wrote that Mecosta County was named in honor of the Potawatomi Chief Mecosta, who signed the Washington Treaty of 1836, and whose name meant "bear cub." 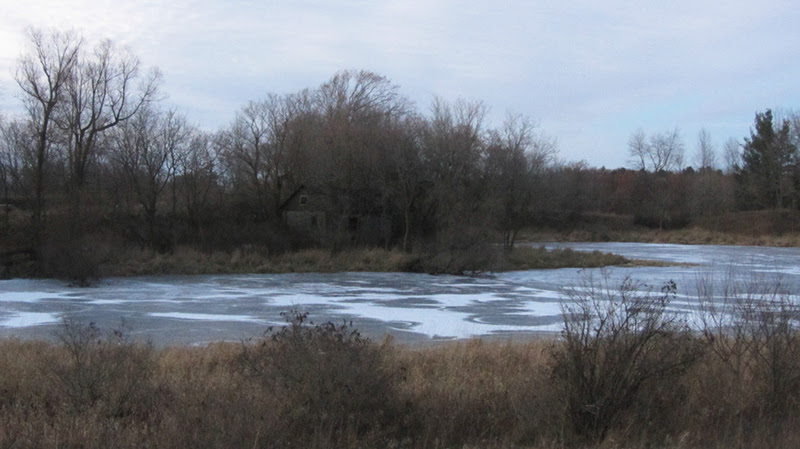 It was settled starting in 1851, mostly by Canadian immigrants. The first pioneer was a trapper named John Parish, who set up a cabin on the banks of the Muskegon River that year. 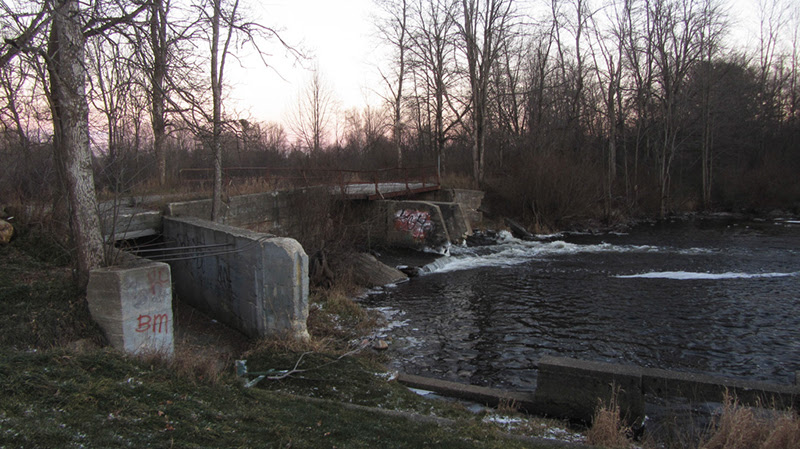 Mecosta County (MAP) was organized in 1859, set off with land from Kent and Newaygo Counties. Big Rapids was the county seat, and had the northernmost post office in the Lower Peninsula until at least 1868, which was right around the time the town of Altona was settled. Altona sat on the Little Muskegon River with a sawmill, shingle mill, flour mill, general store, and blacksmith. 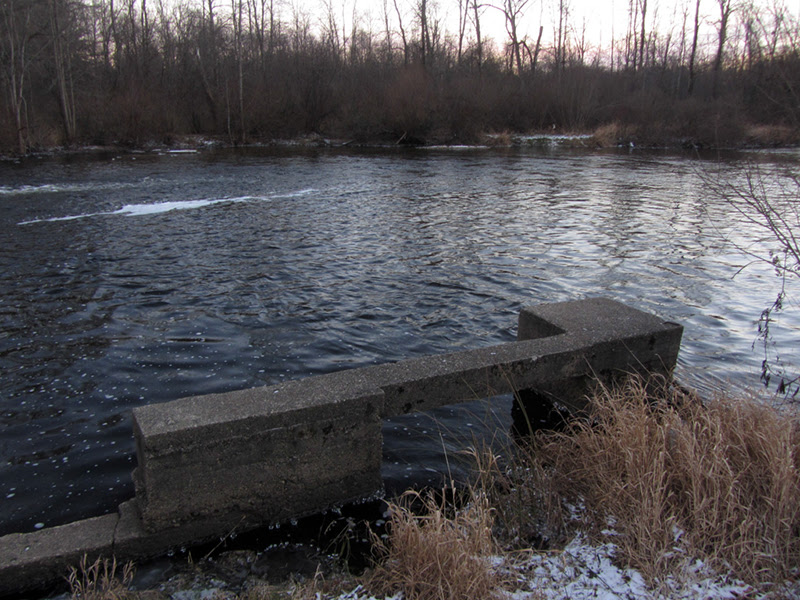 The railroad was supposed to have reached Mecosta County prior to the Civil War, but the coming of that all-consuming conflict put the expansion project on hold. It wasn't until 1869 that Mecosta was finally reached by the iron horse, but by the 1880s the railroad was well-established enough to facilitate the expansion of logging.

In 1870 there were two sawmills in the county, and by 1884 there were 21, but they quickly disappeared as the timber vanished, and farms took their place. Many of the early farms were started by freed slaves. 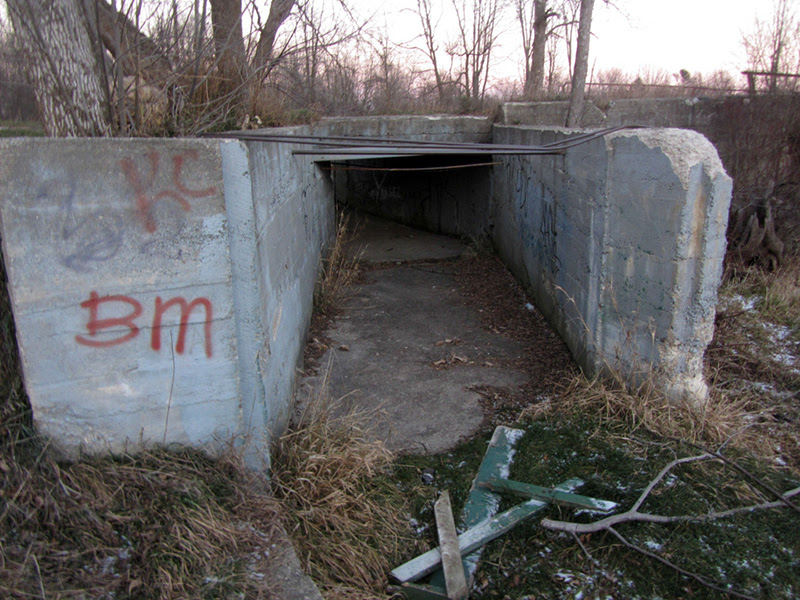 Altona had expanded by 1877, with the addition of a hotel, 25 new dwellings, and a village doctor. The 1910 Census recorded 152 residents, which was down from 200 at the turn of the century. It continued to thrive through the World War era with three churches, a wagonmaker, and even an automobile dealer. 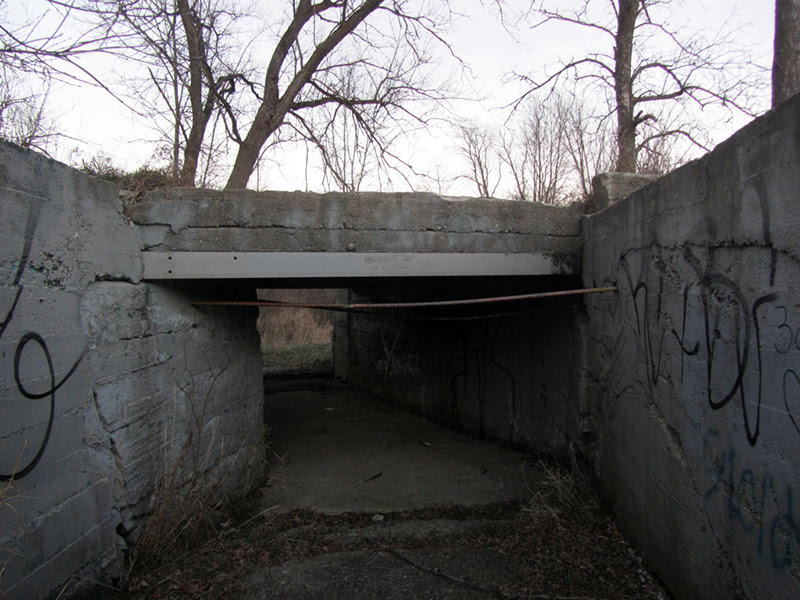 By the 1930s the town was almost finished however, having apparently been hit hard by the Depression. Twenty-eight houses remained standing, dilapidated. Several were demolished in 1950, and the old flour mill was torn down in 1960. 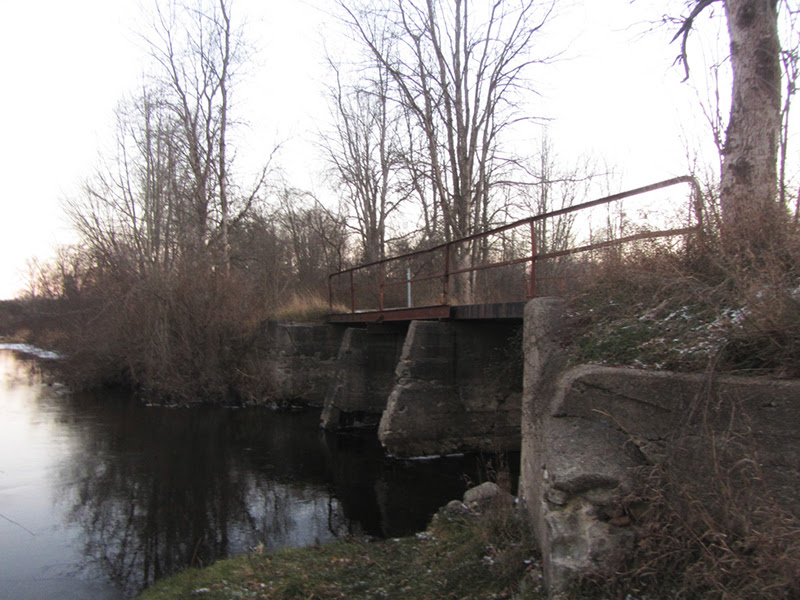 David M. Brown's Michigan County Atlas says that this flour mill was built in 1868 by Harrison Brown, and operated continuously for almost 100 years. 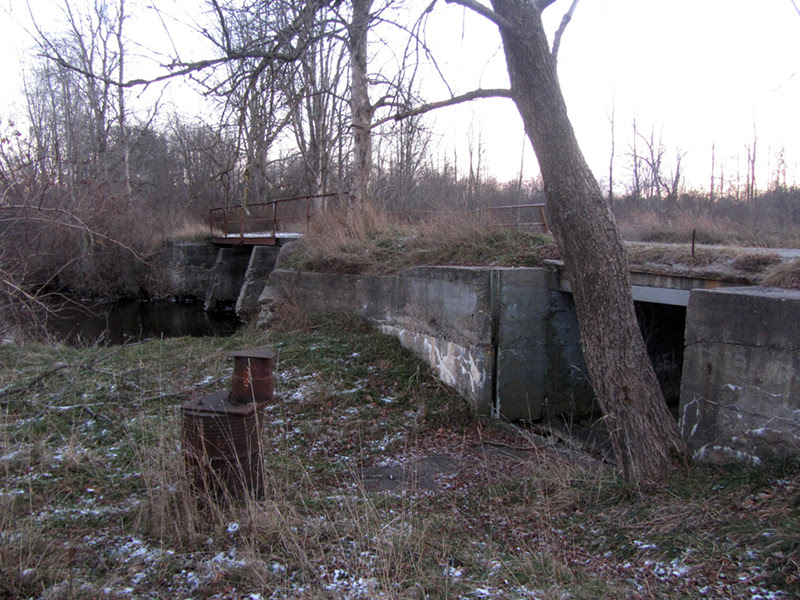 Today all that is left are these cement and cobblestone foundations, and the millrace on the Little Muskegon River. 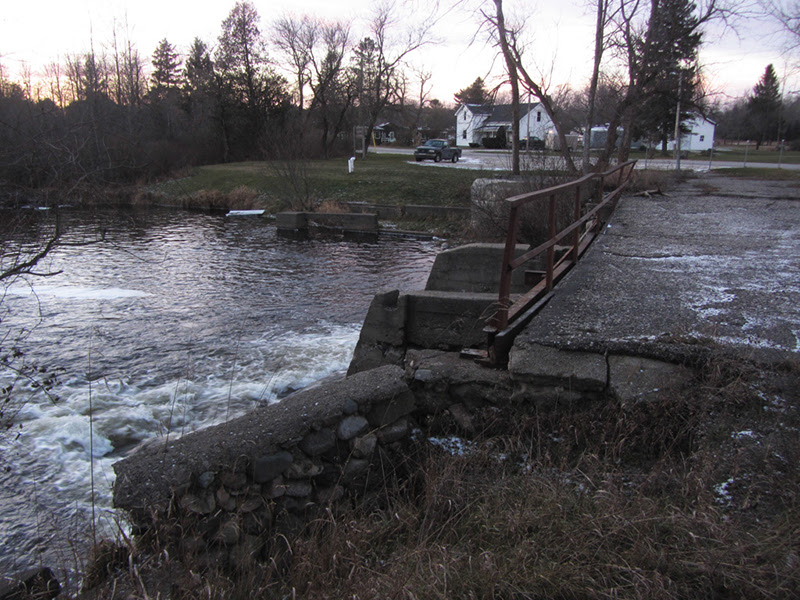 At one time Mecosta County boasted of 17 post offices, but by 1970 when Dodge was writing, the number had fallen to 10. By 1978 Mecosta County was ranked second among the counties with the lowest per-capita personal income in Michigan. Today this overlooked mid-Michigan county seems to soldier on just fine with agribusiness and the university, and its sparse population, despite seeming lost at times in the shuffle of the many other landlocked Mitten counties.

Hand-print and signature in the concrete, with a date that looks to be July, 1919: 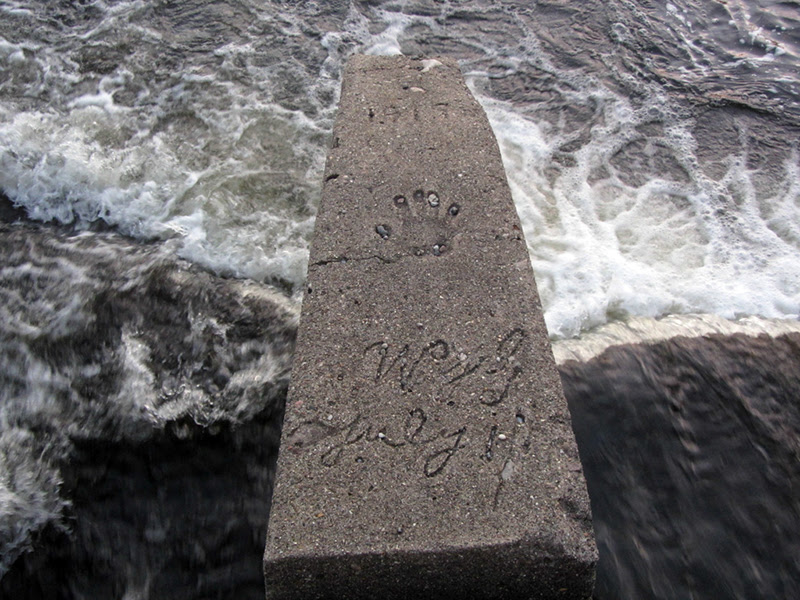 Not far away, the ghost town of Millbrook had several old-timey, photogenic structures in various states of  repair: 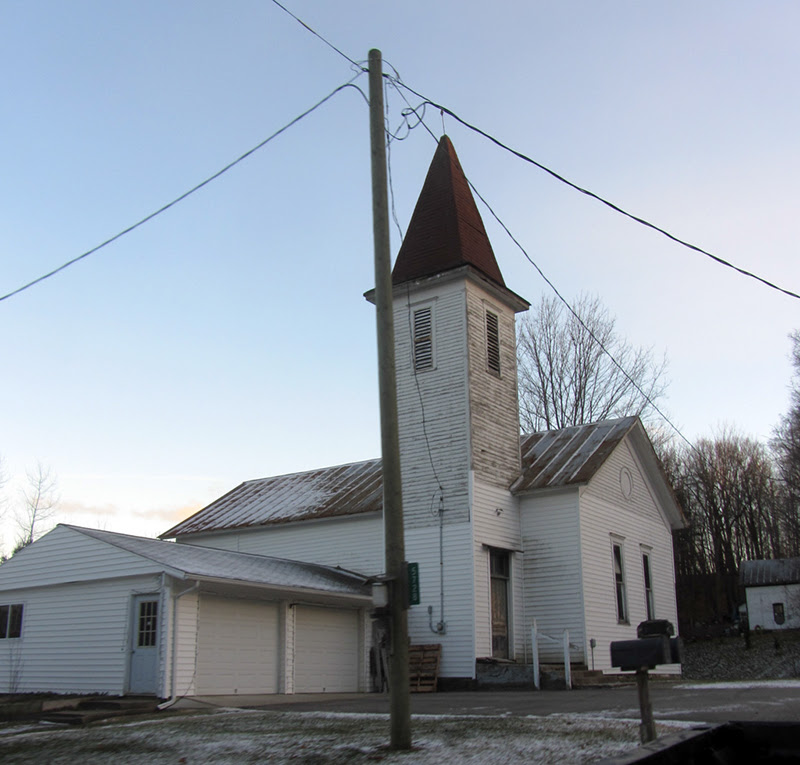