Even though after my Turtle Island expedition my legs felt like a Jell-O Jiggler as I was laying in the driver’s seat groaning in agony while my truck was warming up, I decided that since I was reasonably close to a few points of interest in Lenawee County to the west, I might as well take the opportunity to carve them off the list.

The first stop was Adrian, the county seat, where I knew the old Lakeshore & Michigan Southern RR roundhouse was looking pretty abandoned. I had a very strong hunch that it would be easily accessible. First I encountered this mill, whose name I have not yet learned: 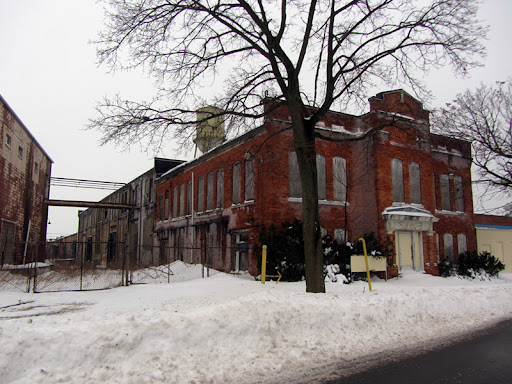 That presented no immediate weak points, so I moved on to the roundhouse. There was also this place, which had some question marks hovering over it: 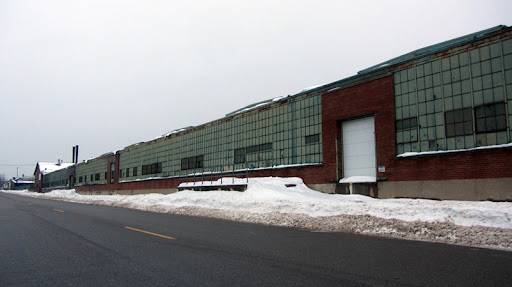 Despite its advanced dilapidation, it contained someone’s vehicles for safekeeping: 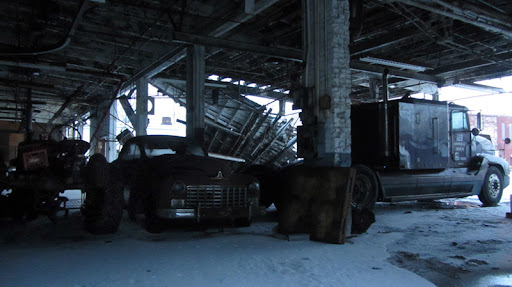 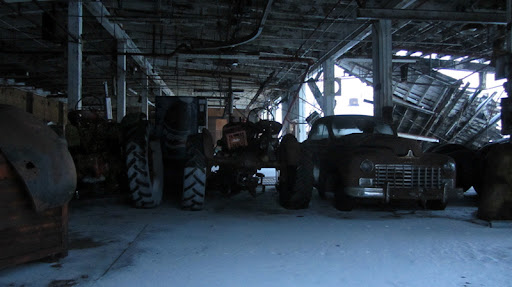 It sat across the street from the roundhouse, which sure enough was missing one of its walls, allowing me to climb right in. The snow was almost three feet deep here however, and I suddenly wished I had kept my snowshoes for this one. 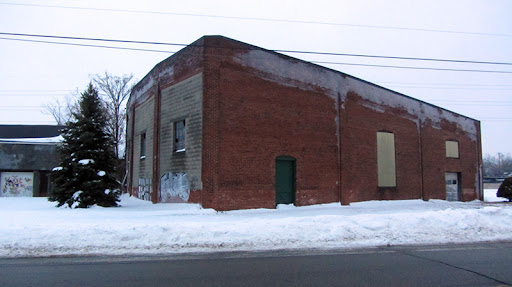 The history of the railroad in Michigan got its start in Adrian, when in 1833 the Erie & Kalamazoo Railroad Co. began building the first rail line in the Michigan Territory. It started in Port Lawrence (now Toledo) and terminated in Adrian. Of course, back then—two years before the aforementioned Toledo War—both cities were within the borders of Michigan. The construction of the line did not reach Adrian until 1836 however. 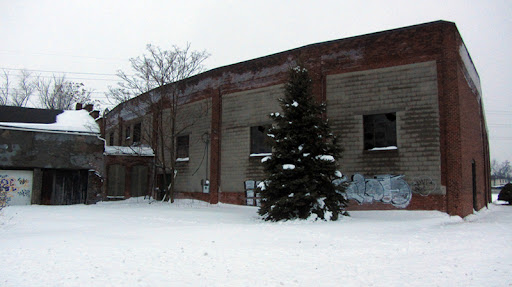 Horse teams, not locomotives, pulled the first trains. As the Erie & Kalamazoo RR expanded westward through Jackson County, it was beset with financial problems and was sold to the Michigan Southern RR in 1844. 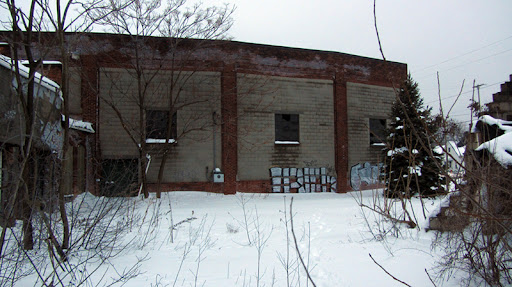 More consolidations over the years resulted in the formation of the Lakeshore & Michigan Southern RR by 1869. This roundhouse was built somewhere between that time and 1914, because by 1915 the LS & MS had been gobbled up by the New York Central. The Vanderbilts wanted a direct line from Toledo to Chicago, so the line going through Adrian and Hillsdale was eventually abandoned. Today the Adrian & Blissfield RR, a dinner train company, still operates these rails and is the longest continuously operating dinner train in North America. 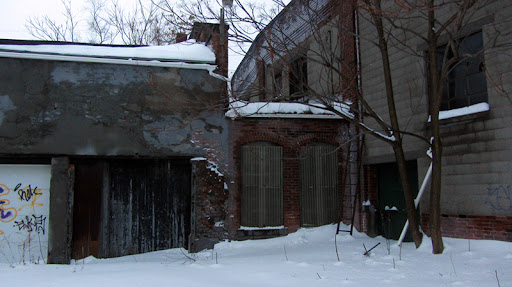 Inside I immediately found it to be the turf of the international crime/terrorism syndicate that the FBI has identified as the Juggalos. 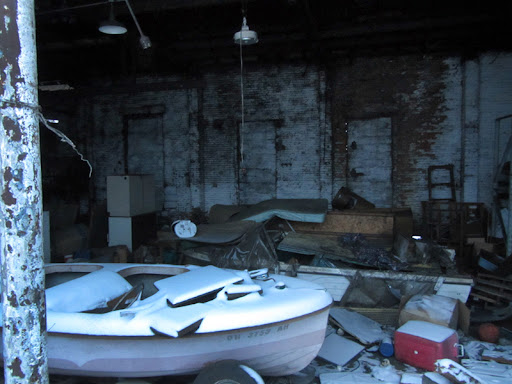 The graffiti on the wooden plank behind the boat confirms this: 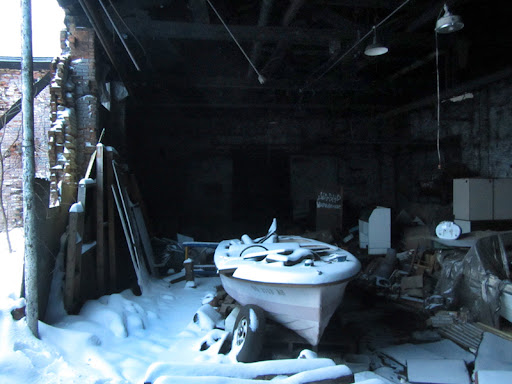 I found the actual “round” section of the roundhouse, where the locomotives would have lived, to be sealed off with a fence, so I poked my lens through it for these pics. 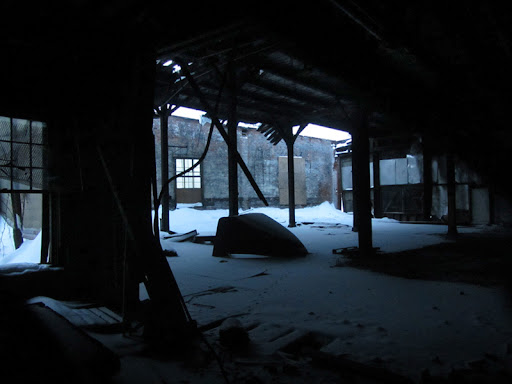 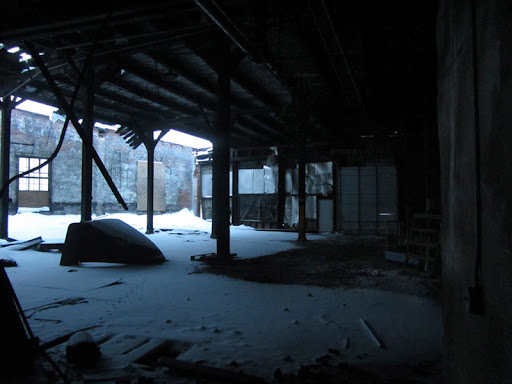 In the connecting corridor however was this camper, which had also been claimed by the infamous Juggalos as their base of operations: 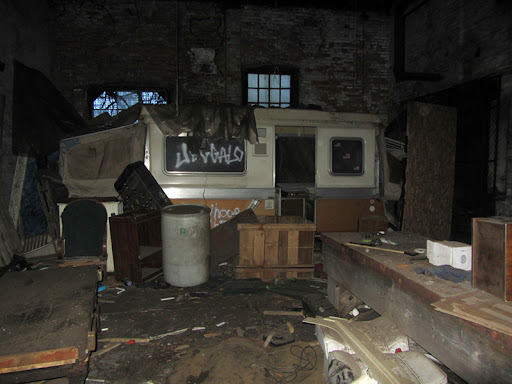 I hoped that I was not about to run afoul of this terrifying posse. If they have turf out here in the farm country of Adrian, their tentacles will have grown long indeed; I resolved to telephone the Feds at once upon returning to Detroit. I stepped inside to find that they were not home--probably out doing what Juggalos do best. 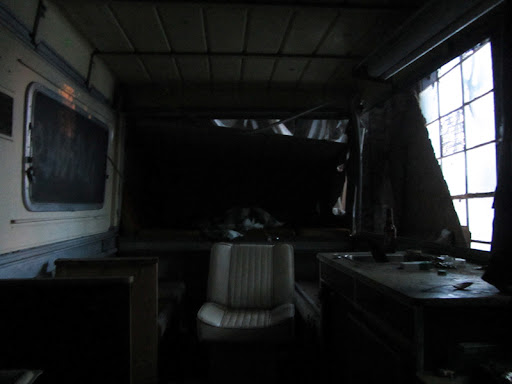 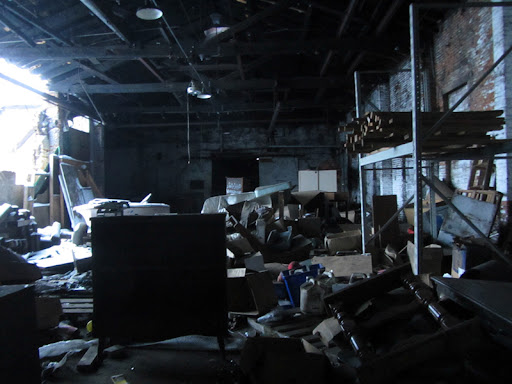 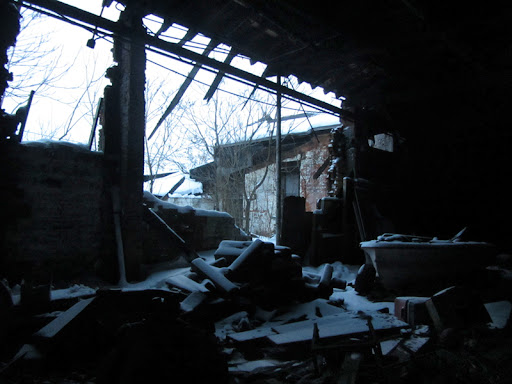 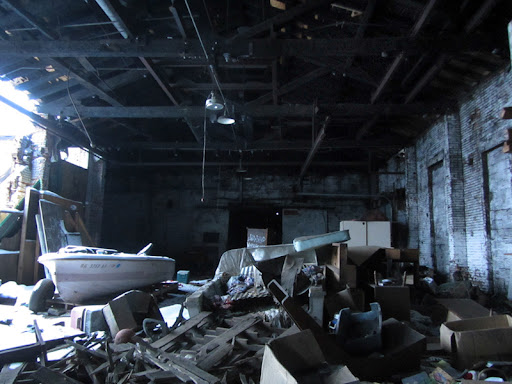 On my way out of town, I passed by the old Adrian State Home and Training School, which started in 1879 as the Girls’ Industrial School but has been shut down for some years now, and has been vigilantly watched over by authorities ever since (especially the state troopers across the street). But it was now fully dark out, and with the depth of the snow I doubted anyone would notice or challenge a lone figure snowshoeing his way across this open, park-like area. 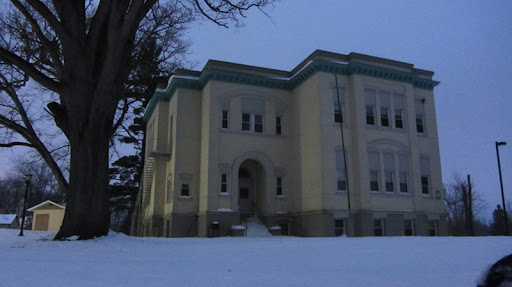 Power is still on to the complex, and it is plain that it is still maintained and used to some capacity. The nearest building was one of the few remaining from the original construction, a cottage for patients. The oak tree to the left was well over five feet in diameter at the base. I was now tired and starving, so I headed home.