Unfortunately I was limited to just one trip up north in 2013. I had not been up north since the epic trip I took with Navi back in October of 2012. However, this time I would have the benefit of a place to stay in Centennial, just outside of Calumet. With a home base in the middle of the Keweenaw, I would be sitting in a very good position to launch all kinds of missions.

On the way I also was hoping to check out the ruins of a coal mine in Saginaw County. There were other places I wanted to get to in Alpena County, and I had also been mulling a return trip to Mackinac Island for the first time since I was like six years old. For one, because of my newfound interest in War of 1812 history, and secondly because I had lately noticed a photo of an abandoned-looking historic mansion on the north shore of the island.

Along my way north, I came across this ancient looking house near Clio (said “CLYE-oh”), probably built in the mid-1800s: 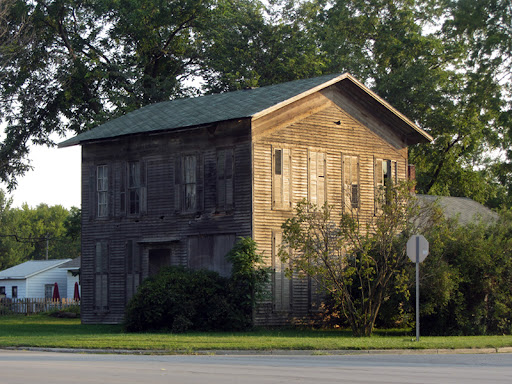 Not seeing any easy way in, and due to the fact that the sun was setting rapidly, I continued to my intended destination. It was on the outskirts of St. Charles that the sparse couple ruins of the Robert Gage Coal Mine #8 were still standing, in a large wooded tract that had been converted into the Hartley Nature Center.

Happily, they embraced the history that was on the land instead of carelessly eradicating the ruins there; in fact they curated it to a great extent. There were some other farmsteads and things to see, but with daylight fading I did not have time to see it all. My main interest was to see the last remnants of Michigan’s lost coal mining industry. 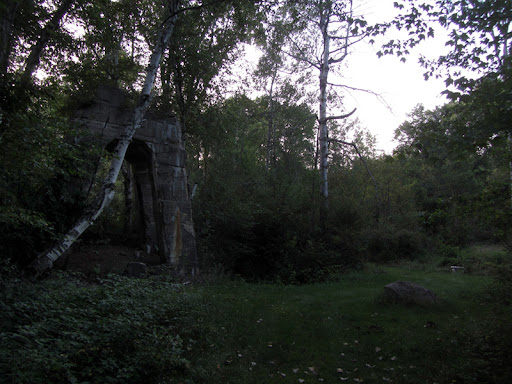 Saginaw County was once the center of what was predicted to become a leading coal producing industry, but never panned out. There were other coal regions in Michigan, embracing a total of 10 counties and over 150 shafts, but the main concentrations were in Ingham, Jackson, Saginaw, and Bay Counties. 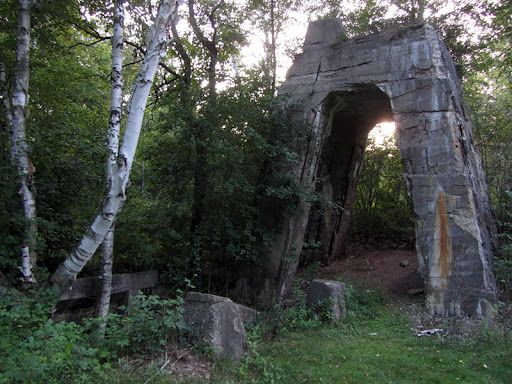 I arrived and quickly hit the trail. It didn’t take me long before I found ruins. 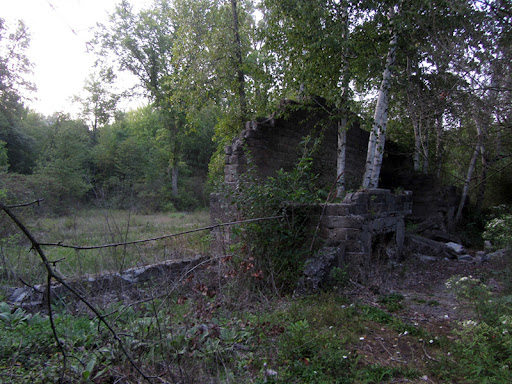 According to info passed on to me by Ashcat, a fellow forum member on CopperCountryExplorer.com, the mining of coal in Michigan dates from the mid-1830s when the mining of soft coal deposits found in south-central Michigan began in Jackson. From the time accurate recordkeeping began in 1860, a total of over 42.2 million tons of coal were mined in Michigan, with the industry hitting its peak in 1907 and drying up by 1920. Saginaw County's Swan Creek Mine held out until 1952, but that was the end, except for a brief period of strip mining near Williamston in the 1970s. 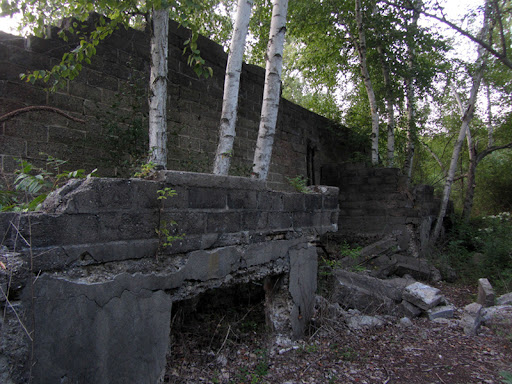 Ashcat also mentions that the railroads—perhaps the largest buyers of coal—offered discriminating rates in favor of the older coal fields of Ohio and Pennsylvania, which held back the marketing of Michigan coal. Most of the coal mines in Michigan were from 50 to 350 feet deep (extremely shallow, as mines go) and most of the mines were entered from a vertical shaft. Some mines were only 30 feet deep and one in the Saginaw-Bay City area was 65. 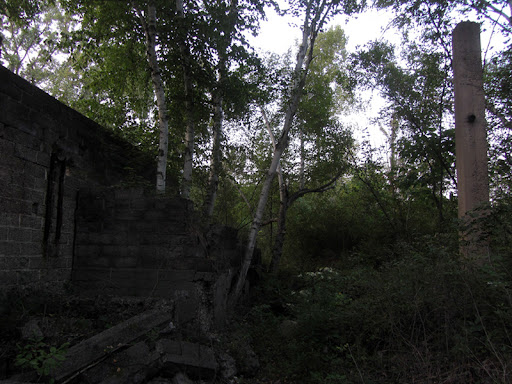 I don’t know what any of these structures are, but I think this was a powerhouse? 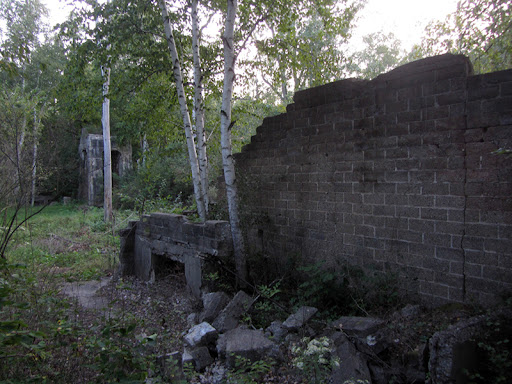 I am also quite disappointed in the quality of most of these pics, but oh well. 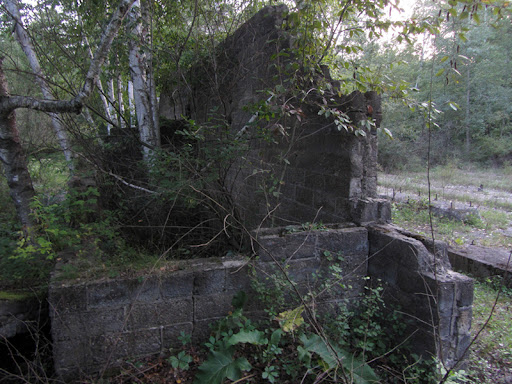 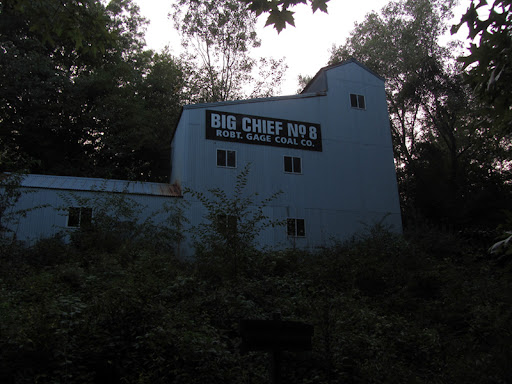 According to a historical plaque nearby, the highest grade of bituminous coal in Michigan was mined here at the Robert Gage Co. “Big Chief” Mine #8 from 1917 to 1931, when coal began to fall out of favor and competition from the higher grades of coal found in other states forced it to shut down. The shaft is 200 feet deep. 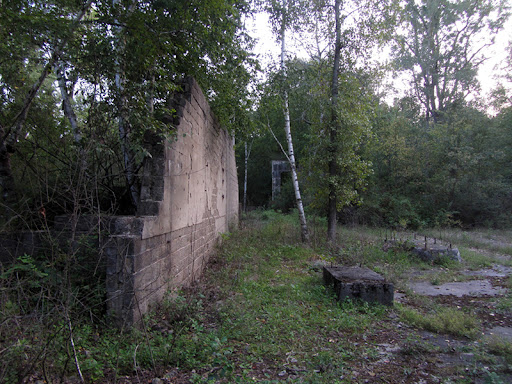 Not sure what this is, but it looks like a shaft collar…? 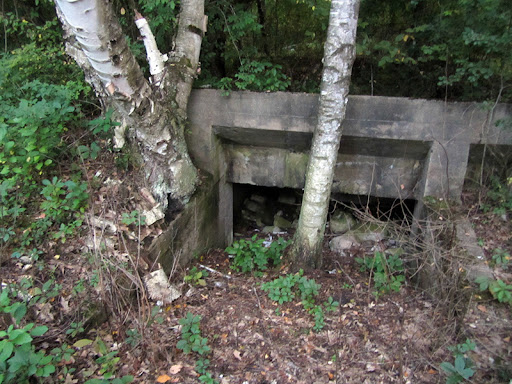 It was filled in anyway. 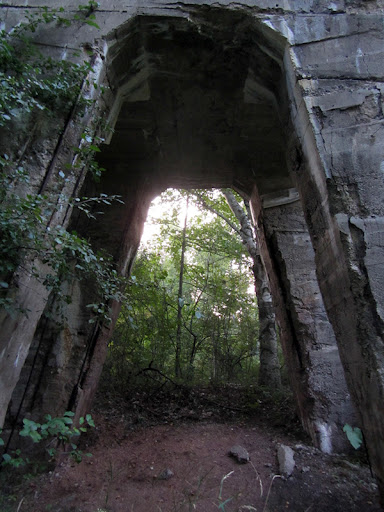 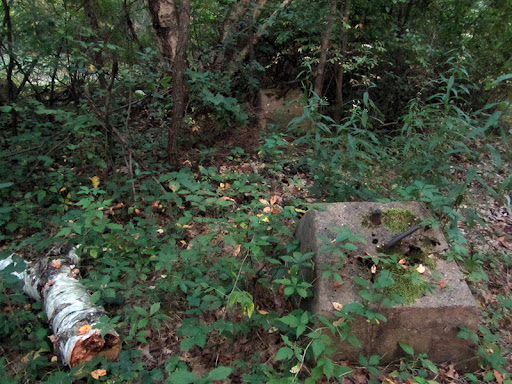 I continued northward toward Alpena County, where limestone is king. I had been in contact with a Captain Mike about a trip to Middle Island to help do restoration work on the old lighthouse there, and we were going to take a stab at it for tomorrow.